POPE FRANCIS VISITS TOP PRIEST SEX CRIME CITY BUT FAILS TO ADDRESS SCANDALS DURING "WORLD MEETING OF FAMILIES"
THE SEXUAL DEPRAVITY OF THE VATICAN; LATE NIGHT PARTIES
POLICE PRESENCE WAS ENORMOUS; NO OTHER CITY HAD A LOCK DOWN COMPARABLE TO THIS 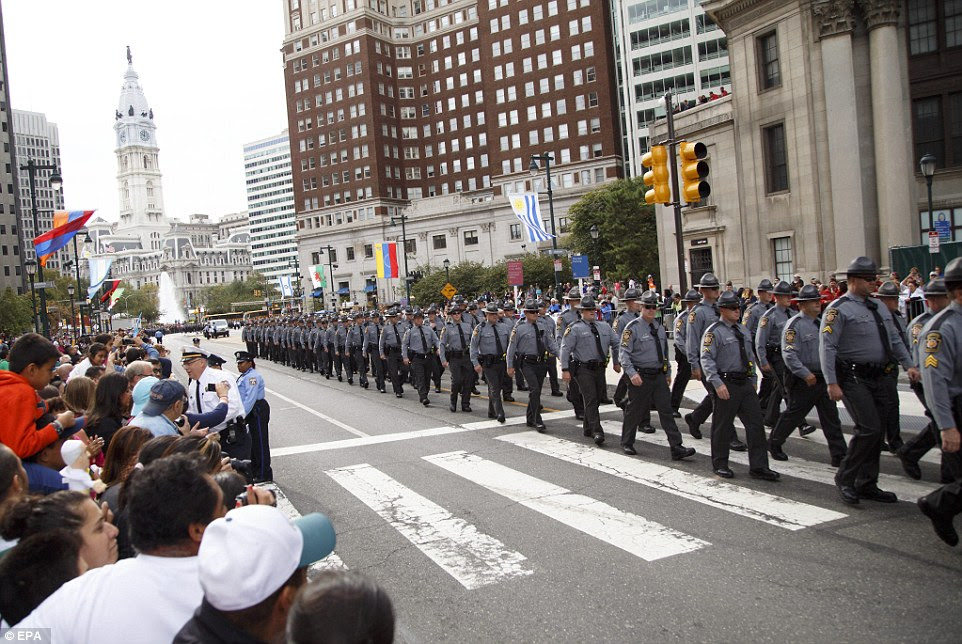 PEOPLE HAD TO WALK AND WAIT FOR HOURS;
POPE SHOWERS LOVE & KISSES ON IMMIGRANTS & CHILDREN;
TAKES SWIPE AT DONALD TRUMP

"Please: do not feel ever ashamed of your traditions"

The Pope takes on Trump: Francis makes thinly-veiled swipe at The Donald as he defends Latino immigrants who came to America at 'great personal cost' in speech to 40,000 in Philadelphia

Posted by John at 5:02 PM Links to this post