SWEDEN BURNING: STOCKHOLM IN FLAMES
AS ARSON JIHAD EPIDEMIC RAGES
IN "NO GO" ZONES
BY PAMELA GELLER
SEE: http://pamelageller.com/2016/11/sweden-burning-stockholm-flames-arson-jihad-epidemic-rages-no-go-zones.html/; republished below in full unedited for informational, educational, and research purposes:

Police lose control in Sweden to Muslims, but we are admonished and smeared for questioning the hijrah from the Middle East and Africa.
Trump is under enormous pressure from the left to alter his vow to halt this invasion. He must not waver.

SHOCKING footage of cars burning out in Stockholm has emerged as the fire epidemic continues to spread uncontrolled throughout crisis-hit Sweden.By Lizzie Stromme, The Express, Nov 30, 2016
The Scandinavian country has been plagued with arsonist thugs setting vehicles alight, with hundreds of cars burning out since 2015.In 2016 alone, more than 70 cars have been destroyed as police struggle to combat the increasing violence and criminal activity in the famously liberal country.
The latest video shows three cars in Hallunda in southern Stockholm engulfed by flames as firefighters battle to put out the blaze.
Overnight Sunday another car was also reported to be burning out in the crime hotbed, which was heavily hit by arson attacks in 2015.
Hallunda was one of the cities which was placed on Sweden’s National Criminal Investigation Service’s list over “no-go” zones due to the police force’s increased lack of control over anti-social behaviour.In February, Express.co.uk reported the Scandinavian country had seen a huge surge in crime since the start of the migrant crisis in Europe – with a rise in sex assaults, drug dealing and children carrying weapons.At the time around 50 areas were put on a “blacklist” which are then divided into three categories from “risk areas” to “seriously vulnerable” as it was announced Stockholm had over 20 no-go areas where over 75,000 people live.However, the figure was increased to 55 in September as the Swedish police force face a recruitment crisis, with on average three officers handing in their notice every day. 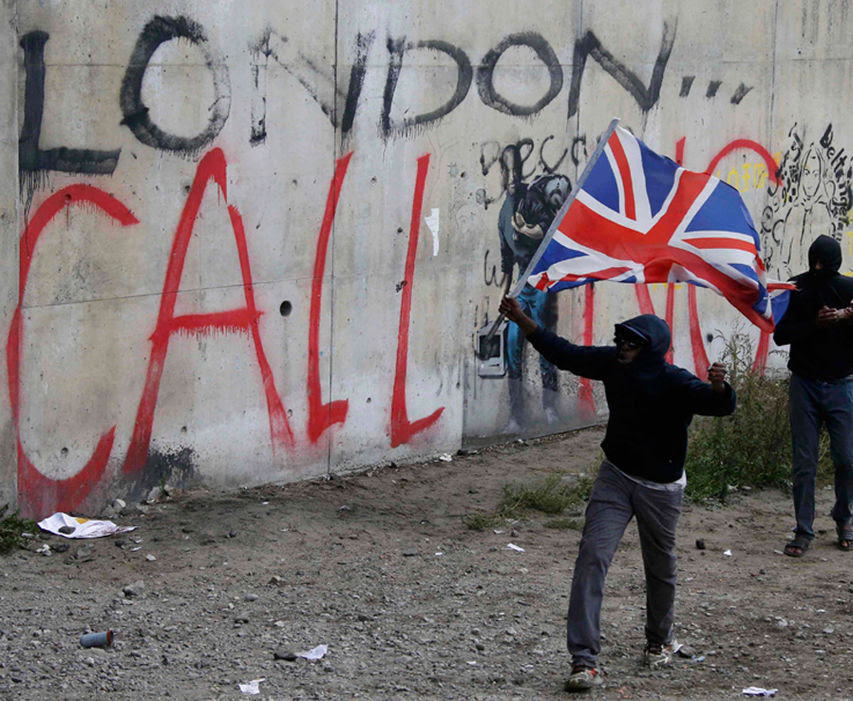 REUTERS
Hallunda, with a population with just over 14,000, was one of the areas where it was claimed violence was flourishing due to high immigration, low employment rates and bad living conditions.In 2015 alone Sweden, with a population of 9.5 million, received over 160,000 asylum applications, resulting in the country closing its internal borders despite being a member of the Schengen Area, in a desperate attempt to halt the migrant influx.The report also said children aged 12 carry weapons for older criminals and 70 cars and buildings were set on fire in an arson spate last year.The southern city of Malmo suffered a surge of violence over the summer, as almost a 100 car fires ripped through the country’s third-largest city. 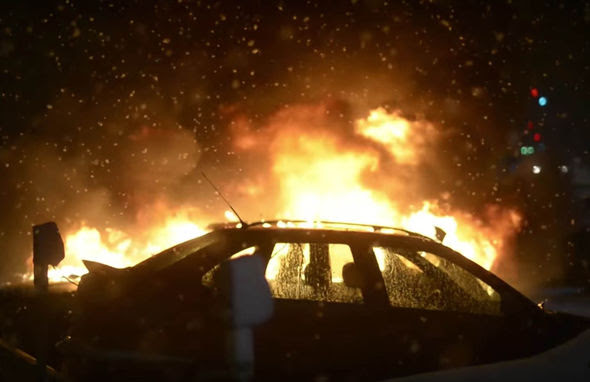 BY PAMELA GELLER
SEE: http://pamelageller.com/2016/11/amazon-anti-trump-pro-jihad-ad.html/; republished below in full unedited for informational, educational, and research purposes:

As the invasion of Europe brings that continent to the brink of war, left wing Islamic apologists and their running dogs in the media are working furiously to pressure President-elect Trump to back down from his pledge to stop the same invasion of America.
One day after a Muslim migrant mowed down and slashed Ohio University students with a machete, Amazon launched a pro-Muslim migrant, anti-Trump ad.
In the latest cultural psyop, Amazon has created an ad that is being promoted heavily in the enemedia. “A priest and an imam are sitting down for tea…..” Do they discuss the genocide of Christians in Muslim lands? Do they discuss the creed apartheid under Islamic law? Do they attempt to tackle the worldwide jihad and its millions of victims? No, in the liberal fantasist bubble, they play patty-cake and buy presents for each other (even though Christmas is haram and Christians are persecuted for celebrating the birth of Jesus in many Muslim countries).
I am sure a priest and imam can sit down and have a chat. But so what? What about the dead and dying? Anecdotal stories of dhimmitude does nothing to address the Quranic texts and teachings exhorting Muslims to kill the non-believers. What it does do is further disarm the American people in the information battle-space.

A PRIEST AND AN IMAM

ARE SITTING DOWN FOR TEA.

CNN, November 30, 2016:
It’s not the beginning of a joke. It’s Amazon’s newest ad, and it serves up a healthy dose of anti-Trump messaging.
In the ad, the priest and the imam are friends — and they’re not getting any younger. They share a hug, the imam leaves, and both take out their smartphones and tap on the Amazon app. Two days later, they receive the same package from each other: knee braces. The priest genuflects without pain. The imam kneels for prayer, and he feels just fine.
If the commercial had come out last year, it would have been the usual heart-warming stuff, quickly forgotten.
But the ad has already erupted on social media, even tweeted by Amazon’s Twitter-shy CEO, Jeff Bezos.

Amazon’s ad offers a not-so-subtle counterargument to some of the angry anti-Muslim rhetoric espoused by President-elect Donald Trump and his supporters.
As talk bubbles of Muslim registries and even a potential ban on Muslim immigrants, Amazon’s message offers a different approach: We are people first. We embrace the things that make us different, but we’re all very much the same. Muslims have arthritis, too.
In a statement, Amazon spokeswoman Julie Law said the ad was not connected to any political movement.
“This advertisement was produced and booked to appear on TV before the election result was known, so this certainly isn’t a reaction to that,” she said.

Last December, he went on a Twitter tirade against Bezos. Trump argued that Bezos had bought The Washington Post in 2013 to persuade Washington politicians to keep Amazon’s taxes low and help the company avoid antitrust scrutiny. And Trump said that because he will be tough on Amazon as president, Bezos used the Post to publish nasty articles about Trump in an attempt to keep him out of the White House.
“This is owned as a toy by Jeff Bezos who controls Amazon,” Trump told Fox News’ Sean Hannity in May. “Amazon is getting away with murder tax-wise. He’s using The Washington Post for power so that the politicians in Washington don’t tax Amazon like they should be taxed.”
Shares of Amazon (AMZN, Tech30) have fallen nearly 5% since Election Day, wiping out about $20 billion in market value. 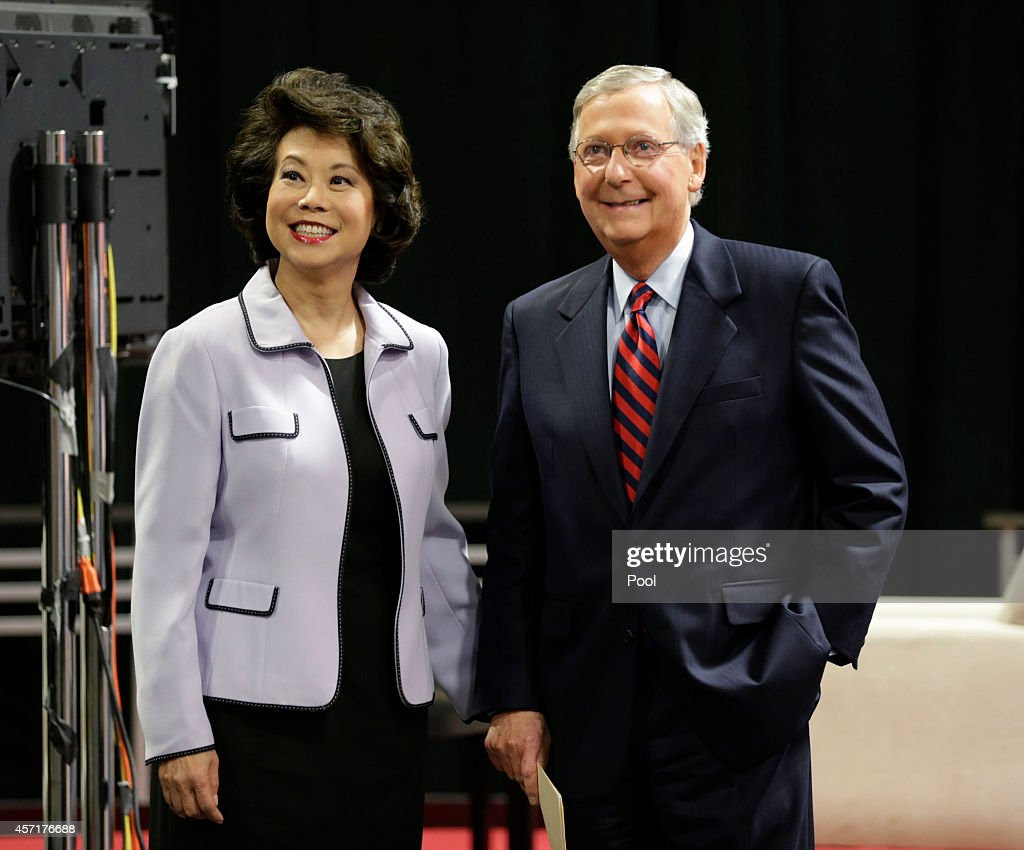 BY BOB ADELMANN
SEE: http://www.thenewamerican.com/usnews/politics/item/24736-trump-picks-elaine-chao-for-transportation-secretary; republished below in full unedited for informational, educational, and research purposes: