OHIO SHERIFFS NOT ALLOWED TO ARREST ILLEGALS~THREATENED BY FBI WITH DRUG CARTEL RETALIATION AFTER SENDING A BILL TO MEXICAN PRESIDENT; COPY TO OBAMA

For His Jailed Illegal Aliens;

Gets a Call & Threat by the FBI With
Retaliation by the Drug Cartels:

to States Without Notice

SEE: http://www.thenewamerican.com/usnews/immigration/item/18818-feds-sending-illegal-immigrant-minors-to-states-without-notice;
EXCERPT:
The governor sent a copy of the letter to Health and Human Services Secretary Sylvia Burwell.
As of Wednesday morning, the governor had not yet received a reply, a member of his staff said. A spokesman for the Department of Health and Human Services told the Wall Street Journal that the department is required to protect the privacy of the unaccompanied children and keep their personal information confidential.
Five other governors signed a letter to the president last week expressing similar concerns about the impact the relocation of the illegal immigrant minors will have on their states.
"We are concerned that there will be significant numbers who will end up using public schools, social services and health systems largely funded by the states," said the letter signed by Governors Robert Bentley of Alabama, Scott Walker of Wisconsin, Sam Brownback of Kansas, Pat McCrory of North Carolina, Tom Corbett of Pennsylvania, and Gary Herbert of Utah. The governors said they were troubled to learn that the federal government is not requiring that relatives who are taking in the children be citizens themselves. 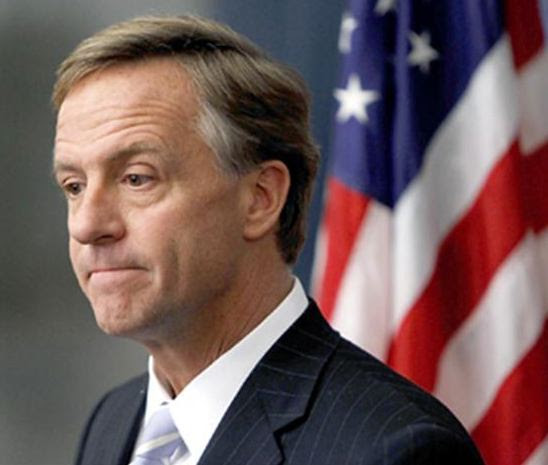 of immigrant children in TN ‘unacceptable’

“I still have not been contacted and have no information about these individuals or their sponsors other than what was posted on the HHS website,” he wrote.
SEE: http://knoxblogs.com/humphreyhill/2014/07/25/haslam-obama-surprise-placement-immigrant-children-tn-unacceptable/;
LETTER FROM GOVERNOR HASLAM TO OBAMA:

About the Children of Illegals

SEE: http://www.christianpost.com/news/immigration-states-are-asking-obama-about-the-children-of-illegals-124051/;
EXCERPT:
"On Friday, these children landed in the Volunteer State. The governor, however, is claiming no one in his office was even told they were coming and that he learned only after seeing a notice on the Health and Human Services website. This came even after Gov. Haslam had asked the White House to alert him prior to sending to his state any of the estimated 90,000 illegal children who have recently flooded the country. With more than 120,000 already estimated to be living in Tennessee, taxpayers in Tennessee already pay an estimated $547 million a year to provide public benefits and services to illegal aliens residing in the state.
According to data recently released by the Migration Policy Institute, between 2000 and 2012, the five states with the largest percent growth of the immigrant population were South Carolina (91%), Alabama (87%), Tennessee (83%), Arkansas (75%), and Wyoming (74%). Reports of 1,100 illegals being dropped off in the same manner without any warning in Georgia, as well as 350 in South Carolina, are starting to surface with others soon to follow."