21 DAYS OF DANIEL FAST, THEN:
"Ease back into your “typical diet.” This is especially true with caffeine, sugar, fatty foods, meat and dairy products. Small portions are wise and go slow, perhaps just one or two foods per day."
From: https://danielfast.wordpress.com/2009/01/23/how-to-end-a-21-day-daniel-fast/

Fasting for a Miracle.

Elmer Towns on the next big church 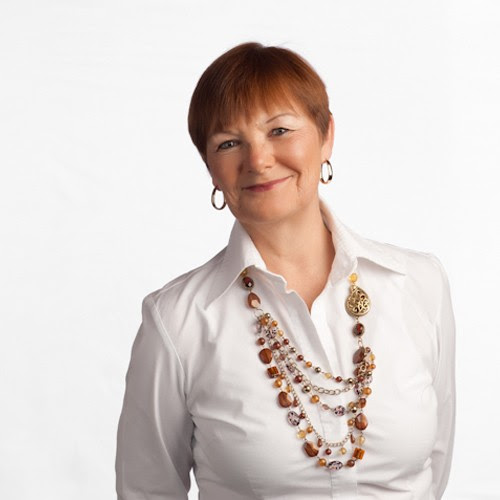 http://www.choose-life-now.com/;
QUOTE: "Susan Gregory is the CEO of Faith Driven Life, a training company
dedicated to helping men and women of faith live the amazing life they can
have because of Christ. She is an internationally known Christian Life Coach
and Global Trainer."

http://faithdrivenlife.com/store/
"My name is Susan Gregory. I live in Ellensburg, which is a small
college town located in Central Washington. I received Christ in
1973 and am an active member of Ellensburg Foursquare Church." 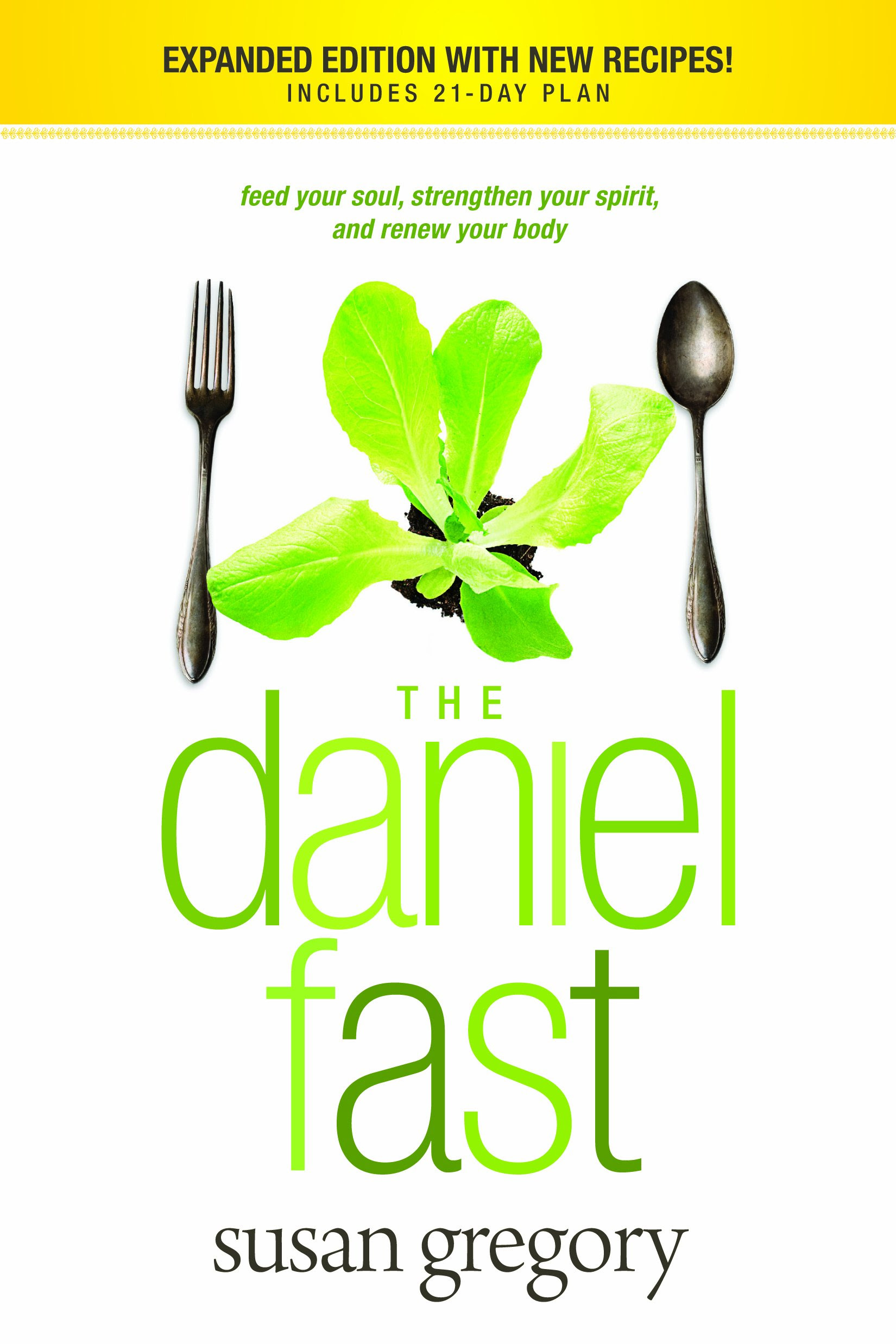 SEE: https://danielfast.wordpress.com/2009/01/23/
how-to-end-a-21-day-daniel-fast/;
QUOTE:
"Ease back into your “typical diet.” This is especially true
with caffeine, sugar, fatty foods, meat and dairy products.
Small portions are wise and go slow, perhaps just one or
two foods per day." 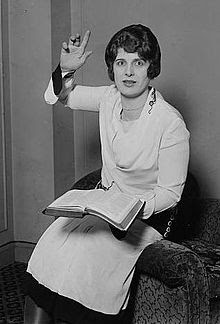 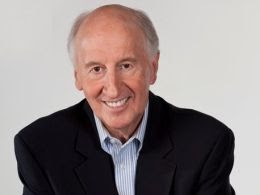 SEE: http://en.wikipedia.org/wiki/Jack_W._Hayford
Jack Williams Hayford born June 25, 1934) is an American author,
Pentecostal minister, and Chancellor of The King's University
(formerly The King's College and Seminary). He is the founding pastor
of The Church on the Way in Van Nuys and was the fourth President
of the International Church of the Foursquare Gospel from 2004 to 2008.
SEE: HAYFORD'S ARTICLE: "FASTING-THE FEAST THAT FREES":
http://www.foursquare.org/news/article/fasting_the_feast_that_frees
SEE OUR PREVIOUS POST ABOUT JACK HAYFORD HERE:
http://ratherexposethem.blogspot.com/2013/02/jack-hayfords-
involvement-in.html;
AND: http://www.wayoflife.org/index_files/beware_of_jack_hayford.html
D) JENTEZEN FRANKLIN: 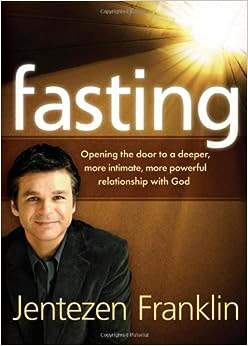 "The Daniel Fast and Jentezen Franklin's

Republished below in full unedited:

PARTS 1 AND 2:
http://the-end-time.blogspot.com/2011/11/daniel-fast-and-
jentezen-franklin.html; AND: http://the-end-time.blogspot.com
/2011/11/jentezen-franklin-and-his-false.html
It is with heavy heart I write this today. I have been called by our gracious and Holy Spirit to
write this. Out of sincere duty to Him who reveals truth and obedience to Him who saves, I
must say some things about the Daniel Fast and about Jentezen Franklin of the Fasting books.
This is part 1, about fasting and the Daniel Fast
First, a parable. Picture a large house, in which you and I live with a family. We are all busy,
doing things, and happily dwelling there. In November I awoke one morning and went into
the baby's room, and as I opened the door I saw with horror that there was a wolf curled up
with the baby, snarling and drooling. There are two things I could do. I could close the door
and go downstairs to make breakfast, not saying anything about the wolf in the house. Or I
could flip on the burglar alarm, call 911, and get my shotgun. Of course I opt for the latter.
I am going to make a warning that there is a wolf in the house, I am going to make a ruckus
about it, because wolves are dangerous and there are babes to protect.
The house is Your Church. The wolf is The Daniel Fast and/or Jentezen Franklin, the
promoter of the current fasting fad. We make a ruckus to let everyone know that there
is a wolf ready to pounce on the babes of our faith.
FASTING
There are many churches today participating in the current fad known as The Daniel Fast. This
is a man-made so-called spiritual activity that is supposed to automatically draw you closer to
God by eating things that are on a list and not eating things that are not on a list. Other benefits
touted if you partake of this fast are winning the battle over the flesh (hard to do when we are
still flesh when the fast is done), losing weight and healings from diabetes, allergies, arthritis and
cancer. Another benefit from doing the fast is said to be putting our spirit in charge of the other
two parts of us, the soul and the body. It must be news to the Holy Spirit that we can put Him in
charge of things. (source)
Fasting is in the bible, but the way it is being taught in the Daniel Fasting plan and in
Franklin's book it is off center. That is the genius of false teaching, take a biblical thing

PAULA WHITE & T.L. LOWERY
SEE: http://en.wikipedia.org/wiki/Paula_White
"In 1984, while living in Maryland, she was introduced to the gospel and became
a Christian. On her television show in July 2005, White recounted the vision she
received from God shortly after conversion: "When I was just eighteen years old,
the Lord gave me a vision that every time I opened my mouth and declared the
Word of the Lord, there was a manifestation of his spirit where people were either
healed, delivered, or saved. When I shut my mouth, they fell off into utter
darkness and God spoke to me and said 'I called you to preach the gospel'".[4]
Paula White later on became a part of the National Church of God in
Fort Washington under T.L. Lowery of Church of God (Cleveland,
Tennessee), and a small church in Gaithersburg-Damascus, Maryland area."
SEE OUR NEWER POST ABOUT T.L. LOWERY AT:
http://ratherexposethem.blogspot.com/2015/02/
fasting-ad-nauseam-but-keep-riches-t-l.html