CONSERVATIVES DEMAND OUSTER OF DO NOTHING SENATE GOP "RINO" LEADERS

Conservatives Demand Ouster of Senate GOP Leaders
BY MICHAEL TENNANT
SEE: https://www.thenewamerican.com/usnews/congress/item/27123-conservatives-demand-ouster-of-senate-gop-leaders;
Charging Senate Republican leaders with failure and betrayal, a group of conservative leaders is demanding the resignation or removal of Senate Majority Leader Mitch McConnell (R-Ky.) and his deputies from their leadership posts.
“We call on all five members of the GOP leadership to step down or for their caucus to remove them as soon as possible,” Senate Conservatives Fund President Ken Cuccinelli said at a press conference Tuesday.
Those members consist of McConnell, Assistant Republican Leader John Cornyn (R-Texas), Republican Conference Chairman John Thune (R-S.D.), Republican Conference Vice Chairman Roy Blunt (R-Mo.), and Republican Policy Committee Chairman John Barrasso (R-Wy.). All are middle-of-the-road legislators; their cumulative Freedom Index scores range from Blunt’s 55 percent to Barrasso’s 72 percent.
In a scathing letter to McConnell, the conservative leaders stated:

2017 has been a disappointing year for the millions of Americans who fully expected, and had every right to expect real change in Washington. Republicans were given full control of the federal government. They — you — have done nothing. Worse, it is painfully clear that you intend to do nothing because, as is most apparent, you had no intention of honoring your solemn commitments to the American people. You were not going to “drain the swamp.” You are the swamp.
And that was just for openers. The letter listed several promises on which Senate leaders have reneged: stopping illegal immigration, shrinking the size of government, ending deficit spending, repealing ObamaCare, enacting tax reform, and defunding Planned Parenthood.
Failing to repeal ObamaCare was “perhaps the greatest betrayal,” the leaders wrote. Republicans, they maintained, control the White House and both houses of Congress because of their longstanding vow to expunge “the single most devastating piece of legislation against freedom ever crafted” from the books. “President [Donald] Trump and the House of Representatives have done their part,” they averred, perhaps overlooking the fact that every bill the House passed this year left significant portions of ObamaCare intact. “You sank it all.”
“The Senate under the leadership of Mitch McConnell has done nothing to honor their promises,” said Media Research Center President Brent Bozell. “Even worse, this Senate leadership has nothing on the horizon to honor these promises. It’s shocking that apparently the Senate leadership is virtually incapable or never had any intention of keeping faith with the American people. It’s been an absolute betrayal.”
The conservatives also faulted GOP leaders for failing to confirm Trump’s judicial nominees. “There are more than 100 vacancies in the federal judiciary and there are more vacancies today then there were on the day that Donald Trump was sworn in as president,” said Jenny Beth Martin, co-founder of Tea Party Patriots. “Because the Senate has taken off so much time they’ve only confirmed six, six nominees not named Gorsuch.”
In their letter, the leaders pointed out that while the House has passed the Pain-Capable Unborn Protection Act “three times” — most recently, last week — and Trump “has publicly stated his eagerness to sign this legislation,” McConnell’s team has “not lift[ed] a finger to advance this bill” and Cornyn has called it “not a short-term priority.”
In addition, they criticized Senate leaders for doing things that serve their own interests and those of their donors at the expense of ordinary Americans, such as “deceitfully advancing the Export-Import Bank.”
On top of all that, they claimed that McConnell, et al., have engaged in “vicious, continuous, merciless attacks on grassroots Republicans, but most especially conservatives.”
“America,” they told McConnell, “is too good for you to lead it.”
“This pattern of failure of McConnell’s gang of five leadership team, while loathing and attacking their own base, the most loyal bloc of voters that has elected them, and all of their caucus members, can no longer be tolerated,” declared Cuccinelli.
“If this was a football team and you’ve lost this many times, you’d start firing the coaches,” said ForAmerica President David Bozell.
According to the Daily Caller, “Most of the leaders demurred when asked who could replace McConnell as majority leader.” Cuccinelli said it was “up to the caucus” to pick more principled and effective leaders. But given that these same people chose the current leaders, how likely are they to select better ones next time?
_____________________________________________________
SEE FULL LETTER HERE:
http://dailycaller.com/wp-content/uploads/2017/10/McConnell-Ltr-11Oct17-1.pdf

US, Israel Withdraw from UNESCO
State Dept. Defends Decision to Leave UNESCO
U.S. EXITS CORRUPT, COMMUNIST LED UNESCO
BY ALEX NEWMAN
SEE: https://www.thenewamerican.com/usnews/foreign-policy/item/27130-u-s-exits-corrupt-communist-led-unesco;
The United Nations Educational, Scientific and Cultural Organization (UNESCO) fell from grace at astounding speed. From being touted as the Obama administration's “global partner” in globalizing education just a few years ago, to facing a massive financial crisis and even a U.S. government exit today under President Trump, UNESCO is on track to become a byword for globalist corruption and tyranny. It also offers Americans a powerful example of how easy it is to restore ceded U.S. sovereignty and crush globalist schemes that undermine liberty, morality, self-government, and common sense. Israel also announced its departure. Now, it is time to focus on the broader United Nations.
Today, the U.S. State Department formally notified UNESCO boss Irina Bokova — an actual communist swamped in corruption scandals — that the United States is leaving the organization. In a statement, the U.S. State Department said the decision “was not taken lightly.” The reason for the decision, officials said, includes “U.S. concerns with mounting arrears at UNESCO, the need for fundamental reform in the organization, and continuing anti-Israel bias at UNESCO.” More on each of those important points in a moment.

US withdraws from UNESCO over its anti-Israel bias
BY ROBERT SPENCER
SEE: https://www.jihadwatch.org/2017/10/us-withdraws-from-unesco-over-its-anti-israel-bias;
This is most welcome and long overdue. Next step: withdraw from the UN entirely and kick it out of New York. UNESCO (like the UN as a whole) is simply a tool of the Organization of Islamic Cooperation (OIC). Last year it passed a resolution declaring the Temple Mount Muslim, not Jewish. It renamed the Western Wall “Al-Buraq Plaza.” And those were just two of its ridiculous moves, defying history, reason, and any fair treatment of Israel.
This is a good step. Now, Mr. President, take the next one.

Posted by John at 9:54 AM Links to this post 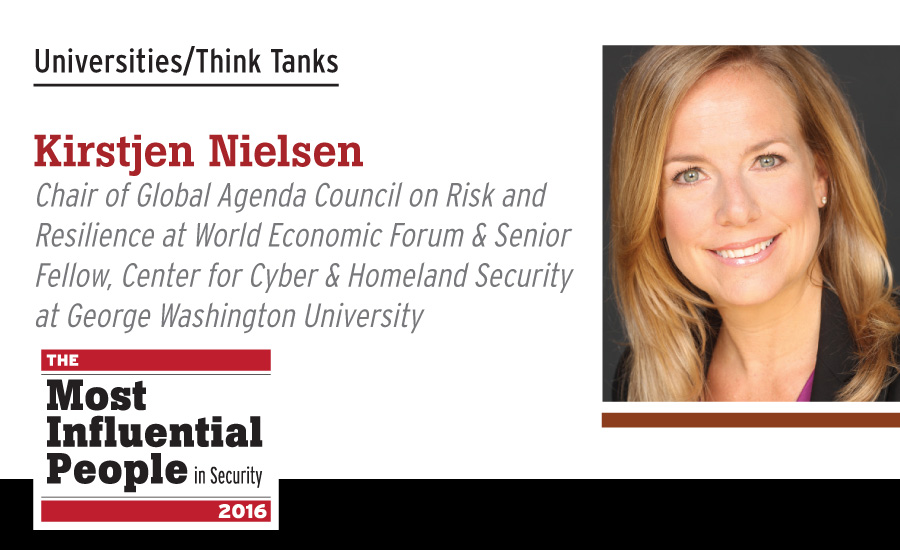 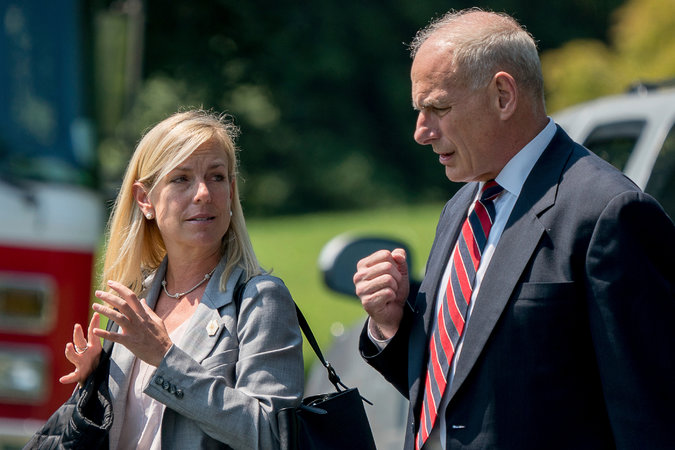 PRESIDENT TRUMP ANNOUNCES NEW SECRETARY OF HOMELAND SECURITY NOMINEE KIRSTJEN NIELSEN
Posted by John at 9:35 AM Links to this post