PRESIDENT TRUMP ADDRESSES THE NATION
ON HURRICANE HARVEY
Posted by John at 12:30 PM

HUNGARY EXPANDS STATE OF EMERGENCY TO KEEP OUT MIGRANTS 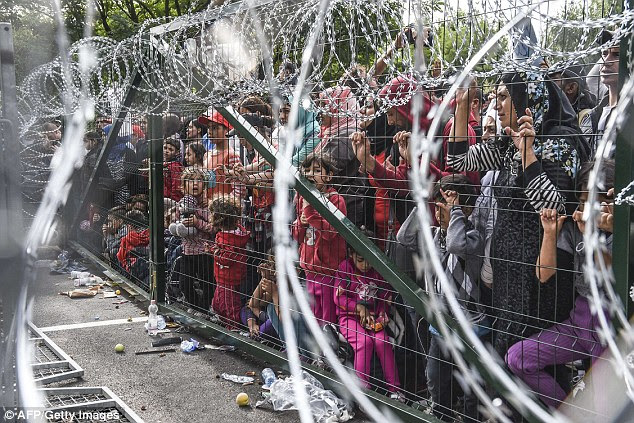 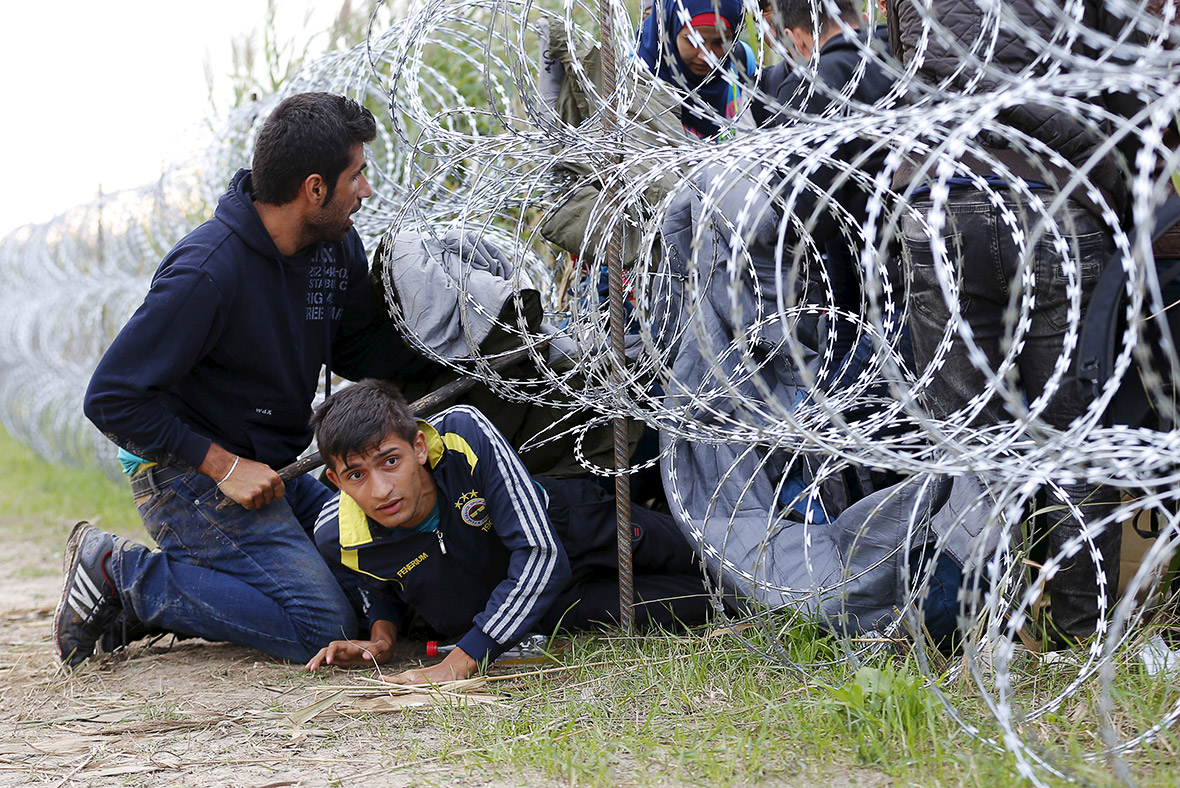 HUNGARY EXPANDS STATE OF EMERGENCY
TO KEEP OUT MIGRANTS
BY  Christine Douglass-Williams
SEE: https://www.jihadwatch.org/2017/08/hungary-expands-state-of-emergency-to-keep-out-migrants;
Hungary remains resolute in its determination to protect its borders from the hijrah, despite threats of EU sanctions against it.
Hungary’s Prime Minister Viktor Orban declared last year that Europe is not free, because “freedom begins with speaking the truth.” He also declared: “What we want is a Hungarian Hungary and a European Europe.” He told Angela Merkel: “We won’t pay for your error.”
Hungary has been leading Central European countries in resistance to mass migration. Recently, however, Hungary opened its doors to an Iranian actress who converted from Islam to Christianity; Sweden was about to deport her back to Iran to face almost certain death for the crime of apostasy from Islam. This despite the fact that Sweden has been reported to be on the verge of civil war due to its wide open immigration policy in favor of unvetted Muslims.
“Poland and Hungary are two of the most restrictive countries in Europe when it comes to accepting overwhelmingly Muslim migrants – and neither have seen a major terror attack in years.”
Six months ago, Hungary built a new high-tech border fence to keep out migrants.


BUDAPEST, Hungary (AP) — The Hungarian government has decided to extend by six months, until March 2018, the state of emergency declared early last year because of the migrant crisis.
Government spokesman Zoltan Kovacs said Wednesday that strict border controls were still needed because the “threat of terrorism in Europe has increased” recently.
Hungary’s razor-wire fences, built on its borders with Serbia and Croatia in late 2015, have practically stopped the flow of migrants through the country…..
About 400,000 migrants passed through Hungary in 2015 before the fences were erected.

DAVID WOOD & ROBERT SPENCER VIDEO: FINDING THAT ALLAH IS THE AUTHOR OF ISLAMOPHOBIA

DAVID WOOD & ROBERT SPENCER VIDEO: FINDING THAT ALLAH IS THE AUTHOR OF ISLAMOPHOBIA
BY ROBERT SPENCER
SEE: https://www.jihadwatch.org/2017/08/david-wood-and-robert-spencer-video-allah-the-author-of-islamophobia;
Posted by John at 10:35 AM

HOUSTON FLOODED, UNDER WATER~
UNSEEN FOOTAGE~AMAZING RESCUES
Posted by John at 10:21 AM

EX SHERIFF ARPAIO & TRUMP ATTACKED BY GOVERNOR CHRIS CHRISTIE OF NEW JERSEY
Published on Aug 31, 2017
BY DAVID KNIGHT
Saying there should be "contrition" as a condition of pardon, Christie went on MSNBC to attack Trump for the pardon of Arpaio. Our politicized judicial system has now blocked Texas' Sanctuary City prohibition.
Posted by John at 10:16 AM

HOW GLOBALISTS LIKE CONDOLEEZA RICE LIE ABOUT PATRIOTS & THE JOHN BIRCH SOCIETY
SEE: https://www.thenewamerican.com/usnews/item/26805-alex-newman-gloalist-condi-rice-lies-about-john-birch-society;
In this video, The New American exposes how globalists such as Condoleeza Rice of the Bush administration use incredibly dishonest tactics to smear patriots in general and the John Birch Society in particular. After the violence in Charlottesville, Rice attacked JBS and sandwiched it between the KKK and Nazis--something she knows very well is absurd. In fact, JBS has always represented exactly the opposite: opposition to racism and anti-Semitism, prominent Jewish and black leaders and members, support for liberty, opposition to National Socialism and all forms of socialism, and more. On the other hand, Rice, who helped get America involved in the illegal and disastrous wars that led to the genocide of Christians in the Middle East, served under a president whose own family was literally involved in helping to finance the Nazi war machine. Rice is a member of the globalist swamp known as the Council on Foreign Relations, which the JBS has been very effective in exposing. That is why she uses dishonesty to smear the Birchers. But patriots should be encouraged: If there was any legitimate criticism of JBS, she would have used that instead of dishonesty. By contrast, the JBS uses only the truth and the facts. Join us today!

POPE AND WORLD COUNCIL MEET TO PROMOTE UNITY AND TO SAVE THE WORLD
BY DAVID CLOUD
SEE: https://www.wayoflife.org/friday_church_news/18-35.php;
Posted by John at 10:02 AM

VACCINE VICTIM SARA SOTOMAYOR
SEE: http://www.thevaccinereaction.org/2017/08/vaccine-victim-sara-sotomayor/;
Hi, my name is Sara Sotomayor and I live in Pennsylvania. I’m 23 years old and became vaccine injured in 2006 at 13 years old in Somerset, Pennsylvania. Before I became vaccine injured, I was active, joyful and carefree. I was an honor roll student and I played sports like soccer and softball, and I spent my summers swimming, rock climbing and spending time with my family. That all changed after I received the Gardasil vaccine. After I received the Gardasil vaccine, I had excruciating pain at the site of the injection and it felt like a metal bat had just hit my arm. I also felt dizzy and lightheaded. Only a couple of weeks after that, I developed severe nose bleeds and was missing school on a regular basis due to being fatigued and in pain.
Posted by John at 9:45 AM