THE TREE OF CONTEMPLATIVE PRACTICES

From The Center For Contemplative Mind in Society, which Mirabai Bush co-founded, is this tree of all the practices related to contemplative mysticism which has its roots in Buddhism and Hinduism and which is being introduced into the workplace and the schools. See: http://www.contemplativemind.org/practices/tree. Click on picture to enlarge:

THE ANCIENT PAGAN PRACTICE OF BUDDHIST MINDFULNESS IN THE WORKPLACE

Learn why some of the most progressive companies in the world such as Apple, Google, Ebay, Carlsberg, Sony and Harvard Business School are using Mindfulness training in the Workplace. Charlotte Thaarup of Creative Transformations speaks about how mindfulness training combines ancient practices with neuroscience and helps the brain access it's greater potential: 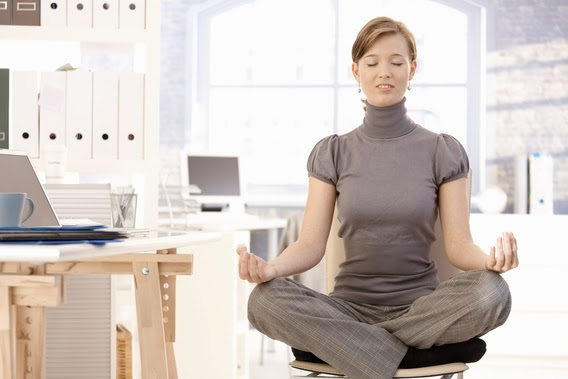 Multitasking vs Mindfulness: "A Great Way to Reboot" (her words, not ours):

We have previously posted a number of articles about the Buddhist practice of Mindfulness on this blog. The business world is also well into using and promoting these New Age practices thanks to Rick Warren's mentor, Peter Drucker and his School of Management and the likes of Mirabai Bush http://www.morethansound.net/authors.php?aid=21,
author of "Working With Mindfulness"
http://www.morethansound.net/store/mindfulness/training-and-practice/working-with-mindfulness-cd/prod_290.html.
Mirabai Bush: http://www.mirabaibush.com/:

Biography of Mirabai Bush from her website above:
Mirabai Bush was a co-founder of the Center for Contemplative Mind in Society http://www.contemplativemind.org/, and served as Executive Director there until 2008. Under her direction, The Center developed its programs in education, law, business, and activism and its network of thousands of people integrating contemplative practice and perspective into their lives and work.  Mirabai holds a unique background of organizational management, teaching, and spiritual practice. A founding board member of the Seva Foundation, an international public health organization, she directed the Seva Guatemala Project, which supports sustainable agriculture and integrated community development. Also at Seva, she co-developed Sustaining Compassion, Sustaining the Earth, a series of retreats and events for grassroots environmental activists on the interconnection of spirit and action. She is co-author, with Ram Dass, of Compassion in Action: Setting Out on the Path of Service, published by Random House.Mirabai has organized, facilitated, and taught workshops, weekends, and courses on spirit and action for more than 20 years at institutions including Omega Institute, Naropa Institute, Findhorne, Zen Mountain Monastery, University of Massachusetts, San Francisco Zen Center, Buddhist Study Center at Barre, MA, Insight Meditation Society, and the Lama Foundation. She has a special interest in the uncovering and recovery of women’s spiritual wisdom to inform work for social change. She has taught women’s groups with Clarissa Pinkola Estes, Sharon Salzberg, Joan Halifax, Margo Adler, Starhawk, Jean Shinoda Bolen, Vicky Noble, and other leaders.Her spiritual studies include meditation study at the Burmese Vihara in Bodh Gaya, India, with Shri S.N. Goenka and Anagarika Munindra; bhakti yoga with Hindu teacher Neemkaroli Baba; and studies with Tibetan lamas Kalu Rinpoche, Chogyam Trungpa Rinpoche, Kyabje Gehlek Rinpoche, Tsoknyi Rinpoche, and others. She also did five years of intensive practice in Iyengar yoga and five years of Aikido with Kanai Sensei. Her earlier religious study included 20 years of Catholic schooling, ending with Georgetown University graduate study in medieval literature. She holds an ABD in American literature from the State University of New York at Buffalo.Before entering the foundation world, Mirabai was the first professional woman to work on the Saturn-Apollo moonflight at Cape Canaveral and later co-founded and directed Illuminations, Inc., from 1973 to 1985 in Cambridge, MA. Her innovative business approaches, based on mindfulness practice, were reported in Newsweek, Inc., Fortune, and the Boston Business Journal. She has also worked on educational programs with inner-city youth of color. Mirabai has trekked, traveled, and lived in many countries, including Guatemala, Mexico, Costa Rica, India, Nepal, Morocco, Ireland, England, Scotland, Afghanistan, Iran, Turkey, Germany, Austria, Italy, Pakistan, and the Caribbean. She is an organic gardener in Western Massachusetts and the mother of one adult son, Owen.

See these two short YouTube videos which won't upload to this blog, just like a lot of other politically sensitive and/or politically incorrect subjects:
http://www.youtube.com/watch?v=IlRix12kqDc, and http://www.youtube.com/watch?v=mHsMan_vauA, the latter titled "Google's Search Inside Yourself (with) Adviser Mirabai Bush"
The UCSD Center for Mindfulness has an article about the workplace: http://ucsdcfm.wordpress.com/2012/12/11/the-truly-mindful-workplace-a-reality-whose-moment-is-arriving/?blogsub=confirming#blog_subscription-4.
Personnel Today has this article: http://www.personneltoday.com/articles/01/05/2013/59148/how-practising-mindfulness-in-the-workplace-can-boost.htm#.UYJM9bV1-p8.
Mindfulness Works has this article: http://www.mindfulness-works.com/.
The Mindful Center has this article: http://www.themindfulcenter.com/corporate-training-new-mexico/mindfulness-based-workplace-workshops-2/.

The darling pastor of Delaware's airways, Dr. Chuck Betters of Glasgow "Reformed" Presbyterian Church of Glasgow/Bear, Delaware has backed down on the biblical explanation of traditional marriage and failed to state the biblical case against it, when he had a prime opportunity to do so. This is very similar to Louie Giglio's failure to stand for traditional marriage when he was disinvited by Obama from the Inauguration in January 2103. He, likewise, had a prime opportunity but cowardly backed off from defending biblical marriage and instead he explained that he hasn't talked about homosexuality for 15 or more years. These high profile pastors may think they are loved and adored by their sycophants, but not by God. See the following article:
http://www.delawareonline.com/article/20130427/NEWS/304270023/Glasgow-Church-s-equality-sign-stirs-up-Web 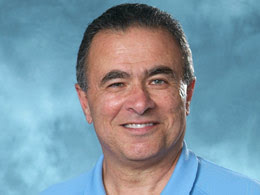 Here is the official statement of apology by pastor Dr. Chuck Betters to the homosexual community from Glasgow "Reformed" Presbyterian Church in Delaware which is at least gay welcoming. Bold type is ours:

In light of the debate surrounding the Marriage Equality Act in Delaware,
and in view of the disturbance some experienced over a recent post on
our church sign,

the Glasgow Church offers the following position on the matter:
The Scriptures are our sole authority and drive our positions on all matters. Where
culture clashes with Scripture we will always land on the clear teaching of the Bible.
The life, death, burial and resurrection of Jesus Christ from the dead offers
forgiveness from all sin to those who trust in Him and in Him alone for their
salvation. This includes all sin whether gay or straight.
While we stand in opposition to the Marriage Equality Act on both theological
and legal grounds, we condemn all hate speech and lack of civility in the debate
on the part of both sides.
Glasgow Church loves and welcomes all people regardless of their sexuality.
Homosexual sin is no different than heterosexual sin in God’s eyes. Both kinds
of sins are defined in the Scriptures and both can be forgiven at the cross.
Glasgow Church has entered into the debate because the church is to have an
influence on our culture. After all, we are called to be salt and light. Just as
churches differing with us have expressed their support of the bill, Glasgow
Church has the same right to express our opposition to it.
The recent sign posting was not intended to offend anyone in the gay community.
We apologize if it did. It was only meant to say that the cross of Jesus Christ is
greater than any political position one might hold on this matter. Regardless of
the outcome on the Marriage Equality Act, Glasgow Church believes that what
trumps all political ideologies is the finished work of Jesus Christ on the cross.
It was certainly not meant to exclude gays or lesbians from attending Glasgow
Church given that some who are gay or lesbian already do attend and love being here.
Regretfully, there is ample hurt and pain on both sides to go around. We encourage
those who differ with us to respect our right to hold our positions just as we will
respect your right to disagree with us.
If you would like to have a free download of my sermons on this matter feel free to
do so at www.glasgowchurch.com and click on “Marriage According to the Scriptures”
link. There are two parts dated 4/21 and 4/28.
Please know, we are opposed to the Marriage Equality Act. But our opposition will
never intentionally resort to name-calling and incivility.
After the two part sermon series on the redefinition of marriage bill, I will conduct a Q and A
on Sunday May 5th from 9:00-10:15 AM in the church library. All adults are invited to attend.
There will be activities for the children as well. We will seek to answer any and all questions
that may have arisen from the series. Those who favor the bill are also invited to attend.
My desire is that our church will welcome any and all people, regardless of their politics and/or
sexuality, who wish to attend. We will treat the professed homosexual with the same dignity
and respect with which we treat the heterosexual. Regardless of one’s sin, whether
homosexual acts or heterosexual acts, we echo the words of our Savior spoken to the woman
who was caught in adultery, we do not condemn you. Now rise, (and most importantly) go
and sin no more.
In His Grip,
Dr. Chuck Betters

We have just added Zalkin Law Firm to our blog for the benefit of those who might need legal representation regarding abuse. According to their website, www.zalkin.com, nine areas of abuse and personal injury are their specialties. This is not an endorsement and/or recommendation. It is the sole responsibility of the person to examine whether or not this law firm would be suitable for the person and the situation. This law firm has offices in California and New York City.
Posted by John at 8:43 AM Links to this post