LEARN THE SECRET OF WHY THE LEFT HATES CHRISTIANS MORE THAN ANY OTHER GROUP
Alex Jones talks with a caller on why the left hates Christians for its debated past yet forgives Islam for its contemporary sins.
Posted by John at 10:40 AM Links to this post

Ronnie Reagan… almost 30 years ago to the day, the 40th president of the United States signed away the rights of Americans to sue vaccine makers, replacing them with a law that forces families who have suffered vaccine injury or death to sue the U.S. government instead of a pharmaceutical company.
As a result, special masters from the United States Special Claims Court, also known for our purposes as the vaccine court, are given full authority as judge with no jury to decide the fate of Americans who have had the unfortunate ‘luck’ to be stricken by a vaccine injury — which can range from chronic, mild symptoms to death.
Once a year, this non-traditional court provides the public with a glimpse into its inner workings, by issuing an annual report on its website — a ritual that happens every January.  The report is sent to the President of Congress, otherwise known as the Vice President of the United States, where it is intended to serve as a bell weather monitoring reactions the American public may be having to vaccinations that are increasingly becoming forced by government mandates around the country.
Great, right?  Accountability in action?
Wrong.
The report, which is consistently ignored by mainstream media/politicians/health officials and the CDC, lies dormant on the reports page of the U.S. Special Claims Court website.
No headlines, no press release, no analysis, no alert the media, no nothing.
No surprise, given that most people in America don’t even know that vaccines were ruled to be unavoidably unsafe by the U.S. Supreme Court in 2011.  Also no surprise, that mainstream, co-opted, globalist elite media constantly ignore this report, along with sane arguments made by health freedom advocates about the dangers and risks of vaccine injury (‘look! a unicorn!’), instead using terms like ‘the science is in,’ and vaccine risk has been ‘debunked,’ to deter rational discussion pertaining to evidence that is hiding in plain sight.
Also no surprise that the U.S. Special Claims Court offers up an ineffective, low tech, archaic version of the report every year.  Instead of a nice, sort-able spread sheet, the court posts a scanned PDF document — a format which requires labor-intensive activities to conduct any sort of concrete analysis.  One must either re-data-entry all 220+ pages which would take weeks, or conduct an extensive, hand-written breakdown by vaccine of each case, combined with extensive tallying and organization efforts in order to identify statistical relevance and trends emerging from the vaccine court.
Is this by design?  Perhaps.  Most definitely it is at the very least a deterrent from having anybody actually sit down and try to analyze the damn thing.
Which is exactly why we do it, every year since 2014.  Not to be deterred, it took us 10 months to finally finish our analysis of this year’s report.  But once we did, the trends we found were shocking — not just because of what they revealed about the continual increase in vaccine injury, but also because of the deafening silence present among the halls of mainstream media, as vaccine injury continues to be a subject that journalists and media outlets ignore — chalking it up to yet another conspiracy theory from yet another fake news site.
Well pull up a chair and hold on to your hats, because guess what we discovered:

The rest of the settlements not pictured here are: Tetanus, $4 million; HPV $3.4 million, up from almost nothing in 2014 (one to watch in January when the 2016 report is issued); MMR, which actually decreased from the number one position last year to under $1 m — an 88%+ decrease in payouts; pertussis, $1.7 million; thimerisol $1.5 million; HIB, $345k, menginococal $500k, HEP A $408k, DPT & Polio, $210k & rotovirus $76k.
You may have noticed we omitted the second place winner, ‘other.’  Here’s why.
‘Other’ illustrates perfectly the dodgy nature of the vaccine court report, and its lack of transparency in the vaccine court process.  Instead of identifying which combination of vaccines are being charged with injury or death and labeling the case accordingly, a special master can decide to label a vaccine case ‘other,’ thereby diluting its affect on the overall numbers in the final analysis.
In 2015, the ‘other’ category was the second largest increase in vaccine settlement payments, totaling $21.5 million in payouts, up 388% from $4.4 million in payouts the year before.
We’re not accusing anybody of anything.  But, 388% increase is a lot.  What combination of vaccines is causing such an increase?  Doesn’t the public have a right to know?  If the court decided, for example, that there were too many flu shot settlements mounting for the year, couldn’t it simply skew the data by categorizing certain cases as ‘other,’ which would artificially deflate the flu category?
Did we mention that these results are ONLY for the judgements — cases that are found in favor of the plaintiff.  It does NOT include the EXTENSIVE legal fees for both sides, which are paid for by the U.S. government whether the lawyer wins or loses the case?  Those are categorized as costs.  And instead of submitting them in the report along with any judgments that are awarded, often they are entered as separate entries, making the exercise of linking them with their judgement payouts that much harder, requiring yet another step in the arduous, analysis of data.

The total dollar payout of legal fees for the vaccine court in 2015 is $42 million.
Also, a hand full of settlements in the payout are based on annuities — that means that the payouts (many of which total more than $1 million) reoccur annually.  That’s because life as they knew it for some plaintiffs disappeared after their vaccine injury occurred, and the costs to care for them in perpetuity for the life of the plaintiff requires an annual sum that is often extensive.
Share far and wide people, it’s time to turn the tide.
________________________________________________________

Shocking Report: 1100% Increase In
Flu Shot Injury Payouts
The Federal Government Has Paid Out
$3.7 Billion Dollars For Vaccine Injury
Victim Of Gardasil Vaccine Speaks Out
Do Mandatory Vaccinations Violate
The Constitution?
The Truth About Vaccinations With Lori Gregory
Lori Gregory of the Mom Street Journal joins to convey her research into the dangerous, deadly mandatory vaccine industry.
Lori Martin Gregory Doctors For Accountability
In Medicine D.C.
Lori Martin Gregory's speech at the Doctors For Accountability In Medicine PRESS CONFERENCE in D.C. on March 31, 2017. Camera, sound and editing by Joshua Coleman.
See The Evidence That Vaccines Are
Unsafe And Ineffective
The MSM would have you believe that anyone who opposes vaccines is not only crazy but a danger to society, however the evidence to the contrary continues to pile up. 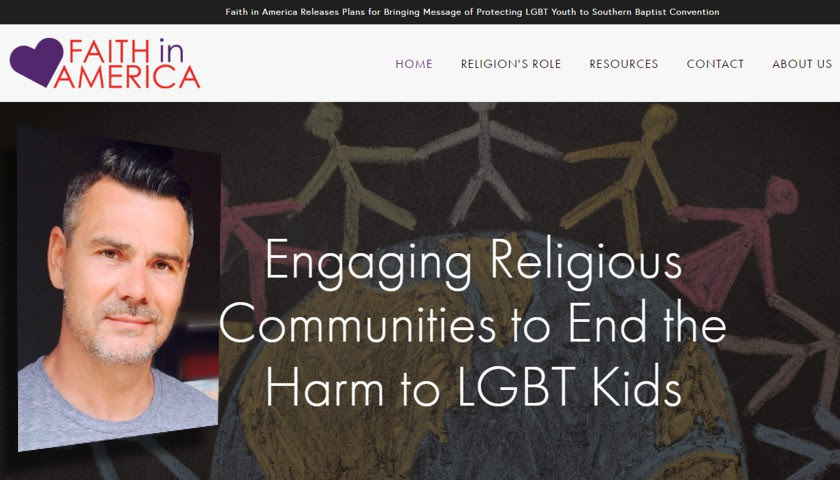 EXCERPTS:
"GracePointe was no exception: a 2015 article from the Nashville Scene reported significant departures: both members of the church’s Board of Elders and half of the congregation’s 2,200-person membership quickly decamped following the LGBT announcement.
Changes ultimately were not limited to teachings on sexuality. In August, the Nashville Star reported that GracePointe would share space with another progressive congregation, now describing itself as “unapologetically interfaith”.
GracePointe has listed the 12,000-square-foot modernist chapel and 22 acre property where the church has met since 2009. The property, initially listed in February at $7.5 million, was dropped to $5.7 million in March and $4.9 million in April according to real estate records. The property is now under contract according to the Franklin Patch, and the sale could finalize by year’s end." GLAZOV MOMENT: ISLAMIC FEMALE GENITAL MUTILATION & DENIAL
Posted by John at 9:26 AM Links to this post

REX TILLERSON FIRED BY PRESIDENT TRUMP & REPLACED WITH CIA DIRECTOR
MIKE POMPEO IN JANUARY
Posted by John at 9:19 AM Links to this post

PRESIDENT TRUMP GIVES AMAZING SPEECH AFTER LIGHTING
THE NATIONAL CHRISTMAS TREE
Posted by John at 9:15 AM Links to this post