JEB BUSH'S TIES TO PLANNED PARENTHOOD
RUNS IN THE FAMILY BACK TO PRESCOTT BUSH
Published on Aug 8, 2015
With the first 2016 GOP debate David Knight takes a hard look at what Presidential candidate Jeb Bush had to say about his affiliation with the Bloomberg Group and then goes into how his grandfather himself helped set up Planned Parenthood.
https://www.lifesitenews.com/news/as-...

SEE: https://en.wikipedia.org/wiki/Prescott_Bush
EXCERPT: "Prescott Bush was politically active on social issues. He was involved with the American Birth Control League as early as 1942, and served as the treasurer of the first national capital campaign of Planned Parenthood in 1947."
LETTER SHOWING PRESCOTT BUSH
AS THE TREASURER OF PLANNED PARENTHOOD 1947
SEE UPPER RIGHT 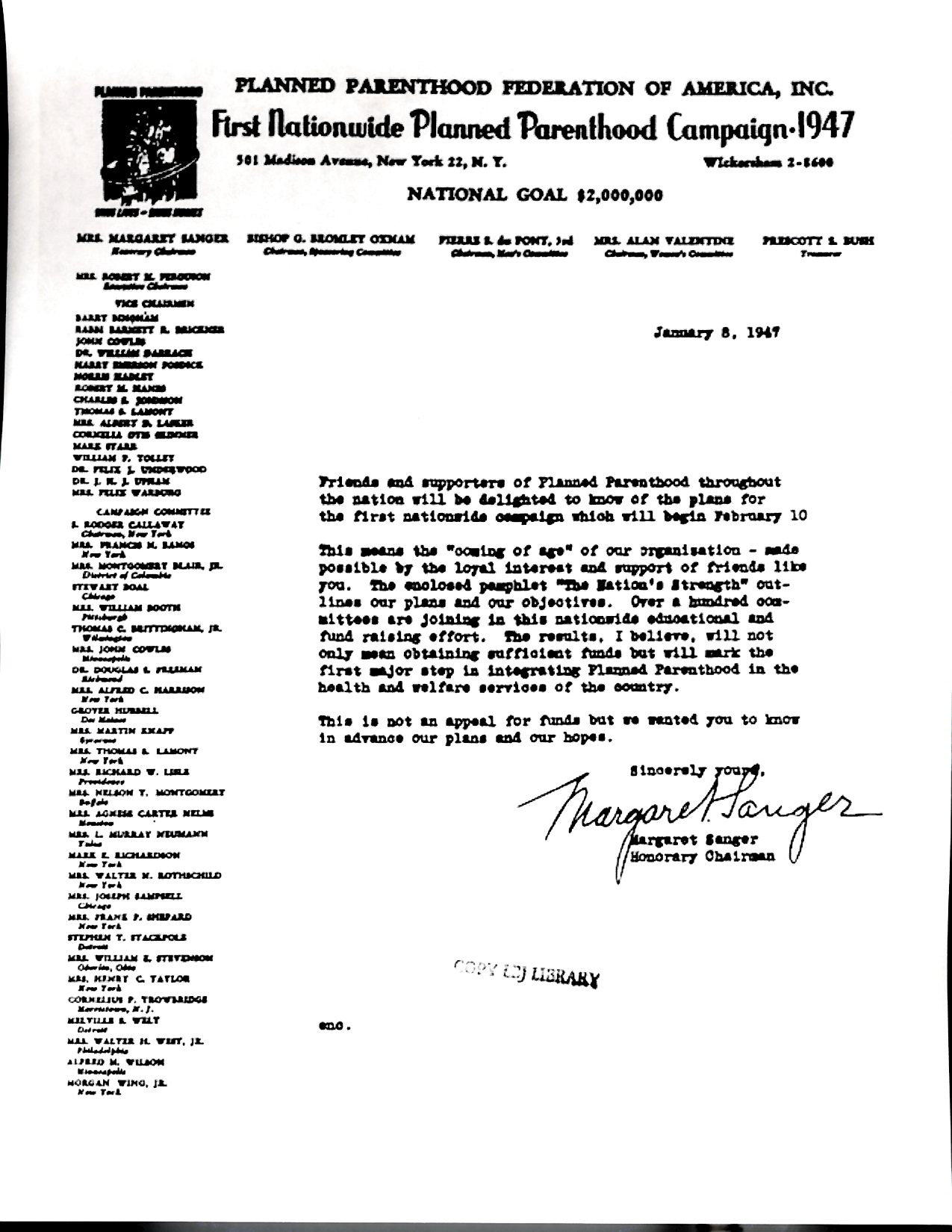 Posted by John at 3:11 PM Links to this post

Target To Use Gender-Neutral Signage For Kids

Published on Aug 10, 2015
Target will start using gender-neutral signage in store aisles that carry kids’ toys, bedding, and books, seeking to quell a social media firestorm ignited this summer when a woman expressed displeasure on Twitter at a sign in one of its stores that referenced “building sets” and “girls’ building sets.”
http://fortune.com/2015/08/07/target-...

SEE: http://the-trumpet-online.com/target-continues-promote-perverted-agenda-nixes-gender-based-signs-stores/; republished below in full unedited for informational, educational, and research purposes:

(CNN) Attention Target shoppers: Say goodbye to “girls’ building sets” and “boys’ bedding.”
The big box retailer announced Friday that it will start phasing out gender-based signage in some departments. The shift comes in response to customer feedback that distinguishing between products for girls and boys is unnecessary and maybe even harmful.
Parents and gender equality advocates welcomed the news as a significant step with potential to inspire other retailers.
“This change is a step towards removing gender limitations in childhood, but when one of the world’s largest retailers does this, the ripple effect will be significant,” author Melissa Atkins Wardy said in her blog, Pigtail Pals & Ballcap Buddies, which promotes gender-neutral toys, apparel and other products for children.
“This change will play a role in shifting the way kids see themselves as consumers and will help to shift the way adults see the role of gender in childhood,” said Wardy, author of “Redefining Girly: How Parents Can Fight the Stereotyping and Sexualizing of Girlhood, from Birth to Tween.”
Historically, Target used signs to help customers find products faster, the company said in astatement on its website. In some cases it makes sense, like with apparel, where fit and sizing differences between the sexes come into play, the statement said.
“But shopping preferences and needs change and, as guests have pointed out, in some departments like toys, home or entertainment, suggesting products by gender is unnecessary,” the company said.
“We heard you, and we agree.”
The changes will come over the next few months, the company said. Signs in the kids’ bedding area will no longer feature suggestions for boys or girls. In the toys aisles, references to gender, including the use of pink, blue, yellow or green paper on the walls of shelves, also will be removed.
Barbie is getting more real
A small minority of commenters criticized Target in the online statement for giving into pressure to promote “politically correct fads” and “homogenize the genders.”
Far more people applauded the decision.
“Thank you! I’m so tired of my daughter trying to play with her best friend (a boy) and him not wanting to because whatever she has is a girl toy. Or not wanting to watch the show she suggested because it’s a girls’ show,” one commenter said. “Eliminating these gender typed divisions will help kids learn a toy is a toy, a show is a show, fun is fun.”
Ohio mother Abi Bechtel was one of many Target shoppers in recent months to publicly criticize the store for marketing products based on gender. A picture she tweeted in June was widely shared, sparking debate over who’s to blame for gendered toys – toymakers or consumers.
Bechtel applauded Target for listening to consumers who agreed that “color-coded” marketing is “regressive and harmful.”
“Kids pick up cues about what society thinks of gender from so many places, and I’m glad that the Target toy aisle is no longer going to be one of the places they’re bombarded with ideas about what’s appropriate for kids of any gender to play with,” she said Saturday.
“I’m really pleased that so many people saw the potential for change and joined in asking for things to be better, and that Target listened.”

Posted by John at 2:45 PM Links to this post