ALIGNING WITH THE WINNING PARTY UNDER TRUMP 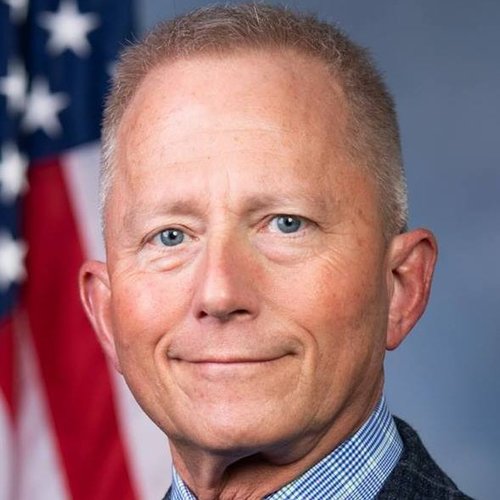 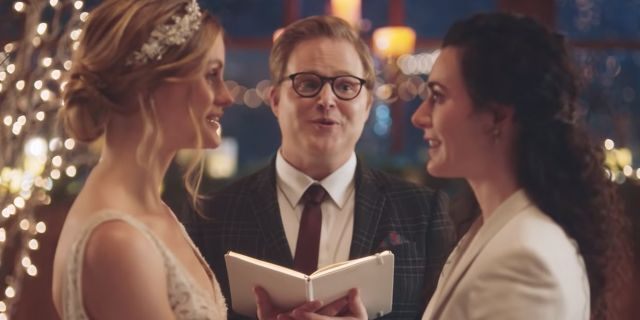 THE 30 SECOND AD:
HALLMARK TO REINSTATE LESBIAN "WEDDING" COMMERCIAL AFTER INITIALLY PULLING THE AD; VOWS TO "BETTER REPRESENT THE LGBTQ COMMUNITY"
BY HEATHER CLARK
SEE: https://christiannews.net/2019/12/16/hallmark-to-reinstate-lesbian-wedding-commercial-after-initially-pulling-ad-vows-to-better-represent-the-lgbtq-community/;
Posted by John at 4:01 PM Links to this post

‘This is all a power grab for the ballot box in New York, trying to give illegals the right to vote,’ says NY clerk

BY JAMIE WHITE
SEE: https://www.infowars.com/illegal-aliens-pack-new-york-dmvs-after-state-allows-drivers-licenses-for-all/; republished below in full unedited for informational, educational and research purposes:
Massive droves of illegal aliens are lining up at DMVs across New York to obtain newly-minted driver’s licenses after the state passed a law allowing illegals to obtain them.
Photos across social media show long lines of illegals streaming to various Department of Motor Vehicle buildings across New York trying to acquire driver’s licenses.

WOW! Hundreds of people lined up outside the Brooklyn DMV office to apply for driver’s licenses on the day that the new #GreenLightNY law takes effect. @MaketheRoadNY @GreenLightNYDT pic.twitter.com/66KAAgbt9F
— Daniel Altschuler

The so-called Green Light Law, signed by Democrat Gov. Andrew Cuomo earlier this year, allows anyone to apply for a driver’s license regardless of immigration status and does not require a Social Security number.

Cuomo makes me SICK! Check out the line outside of the DMV in Queens!
Most are illegals who are now allowed to apply for a driver's license thanks to the green light law!
He legalized infanticide & now this? County clerks in upstate are furious! pic.twitter.com/mVx2udavUP
— MICHELLE

Scenes from DMV in The Bronx, Queens, and Staten Island for Driver’s Licenses. What a beautiful day! #GreenLightNY #SiSePudo pic.twitter.com/UVFDZqkPsF
— Javier H. Valdés

Lines to apply for New York driver's licenses go as far as around the block on the first day undocumented immigrants can apply for them https://t.co/ez6Ca3jxbe pic.twitter.com/7ogsYdTPDb
— The Hill (@thehill) December 16, 2019

Erie County Clerk Michael Kearns argued that the new law allowing illegals to obtain driver’s licenses was an unconstitutional “power grab” that Democrats will leverage to commit voter fraud.
“This is all a power grab for the ballot box in New York, trying to give illegals the right to vote,” Kearns told Fox News on Saturday.
“So we are going to have voter fraud in New York state, and now New York state has given the clerks an edict to stands down. I’m not standing down. I will do whatever I can to stop voter fraud.”
Kearns also added that the new law is unconstitutional and will only make New Yorkers less safe.
“My concern is that, after 9/11, New York state put a prohibition on illegals having driving licenses and now with REAL ID in 2005 after we were attacked there will be a gap from today to Oct. 1 that anyone who is here illegally can get into a federal building and can fly on our airplanes and cross our border.”
“I am now going to have to accept a report card from a foreign country and…a foreign passport as authenticated documents. I myself as the clerk am going to have to do that,” he continued.
“We used to have to rely on a third party, the fed government, to do that so they have diminished a New York driver’s license, and we are very concerned for our safety and security because western New York is a border to Canada.”
As we’ve reported, Democrats have been exploiting illegal immigrants for political gain at least since 2016, which is why the left is so hell-bent on granting amnesty to all illegal aliens in the U.S., including the ones still illegally entering the country.
NEW YORK & NEW JERSEY START ISSUING DRIVERS' LICENSES TO ILLEGAL IMMIGRANTS
Across New York, there were long lines at Department of Motor Vehicle offices Monday. For the first time ever, undocumented immigrants are allowed to apply for a driver's license; CBS2's Lisa Rozner reports.
DHS issues warning after NJ allows illegals to get drivers licenses

FIRSTHAND ACCOUNT OF DEEP STATE IN PUBLIC SCHOOLS~16 YEAR OLD DENIED CONSTITUTIONAL RIGHTS IN CONNECTICUT
Alex Newman interviews Dominic, a young man who shares his experiences as a public school student, such as being condemned for writing about his faith and standing for the Pledge of Allegiance, and the American flag being removed from his classroom.