TRUMP TO MOVE USDA PERSONNEL FROM THE SWAMP OF D.C. TO WHERE FOOD GROWS

TRUMP TO MOVE USDA PERSONNEL
FROM THE SWAMP OF D.C. TO WHERE FOOD GROWS
BY DANIEL GREENFIELD
SEE: https://www.frontpagemag.com/point/274012/trump-move-usda-personnel-dc-where-food-grows-daniel-greenfield;
Posted by John at 2:43 PM

SEE: https://www.dragqueenstoryhour.org/
QUOTE: "Drag Queen Story Hour (DQSH) is just what it sounds like—drag queens reading stories to children in libraries, schools, and bookstores. DQSH captures the imagination and play of the gender fluidity of childhood and gives kids glamorous, positive, and unabashedly queer role models. In spaces like this, kids are able to see people who defy rigid gender restrictions and imagine a world where people can present as they wish, where dress up is real." 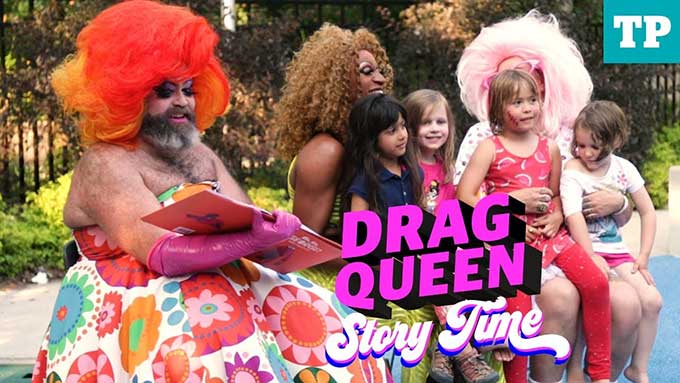 Far-left prepares to gender-bend your children

BY JAMIE WHITE
SEE: https://www.infowars.com/antifa-vows-to-defend-drag-queen-story-time-at-texas-library/;
Posted by John at 1:39 PM


One of America’s most popular children’s television channels is promoting June as homosexual LGBTQ “Pride” month, using characters from one of its top shows. In a post accompanied by characters from the Powerpuffs Girls animated series, the Cartoon Network tweeted: “We want to wish everyone a HAPPY PRIDE and encourage all of our LGBTQ+ fans to stand proud all year long.” (Upper part of the tweet is shown at right; lower part below.)
Posted by John at 1:02 PM

ARTICLES BY DAVID CLOUD OF WAY OF LIFE

ARTICLES BY DAVID CLOUD OF WAY OF LIFE
SEE: https://www.wayoflife.org/friday_church_news/20-24.php
Posted by John at 12:35 PM