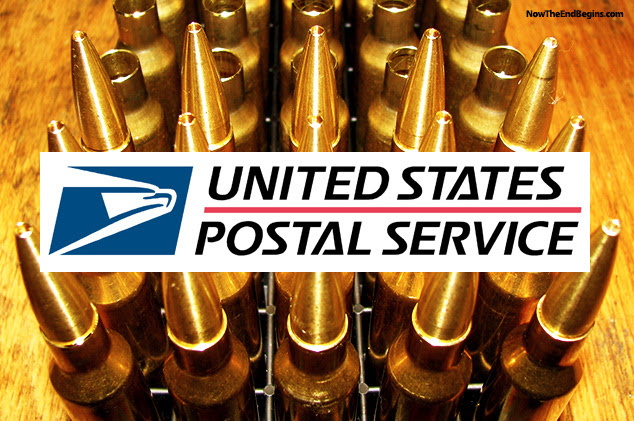 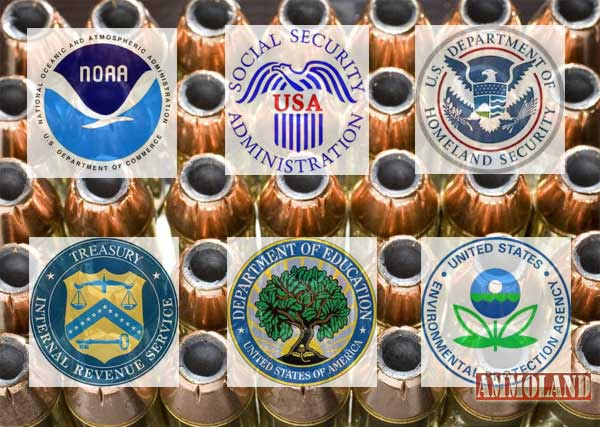 to Ask for Ammunition

http://www.thenewamerican.com/usnews/item/17611-post-office-latest-federal-agency-to-ask-for-ammunition
AND:
http://www.infowars.com/u-s-postal-service-announces-giant-ammo-purchase/
Post Office joins other federal agencies stockpiling over two billion rounds of ammo
EXCERPTS:
"The U.S. Postal Service is currently seeking companies that can provide “assorted small arms ammunition” in the near future."

"On Jan. 31, the USPS Supplies and Services Purchasing Office posted a notice on theFederal Business Opportunities websiteasking contractors to register with USPS as potential ammunition suppliers for a variety of cartridges."
"“The United States Postal Service intends to solicit proposals for assorted small arms ammunition,” the notice reads, which also mentioned a deadline of Feb. 10."

Posted by John at 5:55 PM Links to this post

Email ThisBlogThis!Share to TwitterShare to FacebookShare to Pinterest
Labels: Military

SEE: http://eagnews.org/common-core-math-question-for-sixth-graders-was-the-2000-election-fair/;
Republished below in full unedited for informational, educational, and research purposes:

WASHINGTON, D.C. – Would you ever consider the question ‘Whom do you want to be president?’ to be asked of your third grader during a math class (or any class)?

Would you expect your fourth grader to be asked to create a chart of presidents along with their political persuasions? Or, how about a discussion on whether the 2000 presidential election resulted in a “fair” outcome? Or, what if the teacher for your sixth grader was advised to “be prepared” to discuss the “politically charged” 2000 election - all during math.
Common Core aligned, of course.
A curriculum developed by the National Council of Teachers of Mathematics includes all of the above, all provided on the illuminations.nctm.org website, which claims to be the

“primary contributor of resources for teaching and learning mathematics for grades pre-K—12.”

Social Justice? During math?
Delving into a couple of lessons just a bit:
In a lesson on Histograms vs. Bar Graphs, teachers are advised to “Start the lesson by engaging students in a discussion about the Presidents of the United States.” Then,

“if no students suggest party affiliation and age at the time the person enters office, bring these characteristics into the discussion.”

The recommended website to gather data is Presidents — Infoplease, where a list of presidents and their political parties and religious affiliations are listed, as well as the their ages when they entered office and when they died.
Abraham Lincoln’s religion, by the way, is listed as “liberal,” whatever that means.
The presidents are all linked to pages that describe their respective presidencies, and some of the revisionist history is jaw-dropping.
For example, Ronald Reagan’s page reads in part,

“Over strenuous congressional opposition, Reagan pushed through his ‘supply side’ economic program to stimulate production and control inflation through tax cuts and sharp reductions in government spending. However, in 1982, as the economy declined into the worst recession in 40 years, the president’s popularity slipped and support for supply-side economics faded.”

What an interesting way to avoid the economic boom and massive reduction in unemployment that took place between 1983 – 1989.


Isn’t this a math class???
Another one of the lessons points to a CNN worksheet that explains the electoral college.
It says (falsely!) in part,

“Some of the Constitution’s authors did not trust the ability of the common voter to make the ‘right’ decision, so they devised the Electoral College as one way of lessening the power of the popular vote.” [Emphasis added]

This statement is embarrassing. And blatantly false.
In fact, the founding fathers were highly critical of a pure democracy, which has been referred to as a “Tyranny of the Majority.” A great example of how a majority can lead to tyranny is the how Senate Majority Leader Harry Reid recently revoked the 200-year-old senate filibuster rule known as the “nuclear option.” The founders’ vision of checks and balances was relabeled as “obstructionism” and the tyranny of the majority has raised it’s ugly head, as the founders warned, and as discussed at Liberty Unyielding.
In Federalist Paper #10, James Madison explains,

“Complaints are everywhere heard from our most considerate and virtuous citizens, equally the friends of public and private faith, and of public and personal liberty, that our governments are too unstable, that the public good is disregarded in the conflicts of rival parties, and that measures are too often decided, not according to the rules of justice and the rights of the minor party, but by the superior force of an interested and overbearing majority.” [Emphasis added]

The founding fathers are repeatedly misrepresented. The only way to really understand their intent is to read their actual words.
Mathematics and Social Justice
After searching “social justice” on the National Council of Teachers of Mathematics website, one finds that it is quite a popular phrase, with 130 results.
Some random clicks include such language as,
Those are two examples, out of 130. It is overwhelming.
Admittedly, this author is not an expert on Common Core standards or the new “radical math,” but just a cursory look at these lesson plans indicate that “math” is not the only thing elementary school children are learning.
More on radical math and Common Core can be found at Dr. Susan Berry’s must-read piece posted at Breitbart, as well as Danette Clark’s article posted at EAG News.
Authored by Renee Nal and first published at Liberty Unyielding.
_____________________________________________________________
See also:

See: http://dailycaller.com/2014/02/06/update-common-core-math-lesson-quietly-changes-lincolns-religion-from-liberal-to-nothing/
Posted by John at 5:03 PM Links to this post


Published on Feb 5, 2014
Dr. Mark Naison speaks out against Common Core. Mark is Professor of African and African American Studies at Fordham and the founder and principal investigator of the Bronx African American History Project. He is co-founder of Badass Teachers Association. He is the author of four books, and over one hundred articles on African American History, labor history, sports and popular culture.--Cortlandt Manor, New York. February 4, 2014
http://www.youtube.com/watch?v=i3cl00sPWnY
Posted by John at 4:30 PM Links to this post

Militarized Police are "Boots on the Ground";


This is the third and final segment of Alex's in depth interview with Adam Loewy, the Attorney for the family of Noe Nino de Rivera the 17 year old boy with no criminal record who was tased in broad daylight at Cedar Creek High School in Bastrop, Texas in 2013. De Rivera spent nearly two months in a coma after his head was slammed onto the concrete in the fall. Now out of that coma, he will have to live with traumatic brain injuries for the rest of his life. The boys mother Maria Acosta, spoke to the mainstream media last week, stating "Noe is totally dependent on me now."

"All of America is becoming an Abu Ghraib!" say's Jones. "Just why are unarmed children being tased in the hallways of schools? This culture of endorsing what ever the police do is going to be our downfall." He continued.

Austin Attorney Adam Loewy breaks down the Fourth Amendment; how Noe Nino de Rivera's rights to be free from excessive force were completely violated. We have to stand up to this, if we just roll over it only greases the skids" Jones said.

The case is now in discovery. Loewy asserts that evidence will be forthcoming exposing a subsequent attempts by the Cedar Creek High School District and Police to craft a narrative. "There was a lot of suspicious activity by the School District immediately after the incident" said Loewy.

"The cover up is proof of the crime" said Jones. This is part of a growing problem- not an isolated incident. In addition, Adam Loewy points out how District Attorneys rarely -- if ever indite their own in these cases.