JUST THE
MEAT; NO CARROTS AND PEAS

UNITY IN SOCIAL CAUSES IS STILL APOSTASY & COMPROMISE AT ITS CORE

Ephesians 5:11 "And have no fellowship with the unfruitful works of darkness, but rather reprove them."
2 Corinthians 6:17 "Therefore, come out from their midst and be separate, says the Lord. And do not touch what is unclean; And I will welcome you."


2 Peter 2:1 "But false prophets also arose among the people, just as there will also be false teachers among you, who will secretly introduce destructive heresies, even denying the Master who bought them, bringing swift destruction upon themselves."

HE CLAIMS THE BIBLE IS "SUFFICIENT",
BUT THOSE HE PARTNERS WITH DO NOT 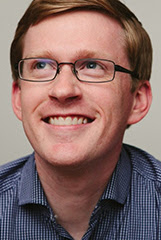 UNBELIEVABLE RESPONSE FROM THE DIRECTOR OF MANHATTAN DECLARATION

Two of our subscribers wrote the following letter to the Executive Director of the Manhattan Declaration asking that their names be removed as signatories. You will not believe the response they received.
PLEASE REMOVE OUR NAMES IMMEDIATELY FROM THIS FALSE AND MISLEADING DECLARATION! At the time we signed this declaration many years ago, we did not know that its agenda was really promoting "ecumenicalism" and a movement to bring all faiths together as "ONE"!  NO!!! You cannot unite authentic biblical Christianity with other false apostate religions (i.e., Roman Catholicism, Islam, etc.) Now that we know what is really going on, we DO NOT want to be associated in any form or fashion with this false and dangerous movement! We are going to spread the word to everyone we know that this is an unbiblical movement designed to help facilitate the "one world religion" and "all roads lead to Rome"! MAY IT NEVER BE! Please remove our names from this declaration immediately and provide documentation to us that you have done so by return email.
Sincerely, Bobby & Carolyn Grimes
Following is the response from the Exective Director of the Manhattan Declaration
Dear Mr. and Mrs. Grimes,
As the head of the Manhattan Declaration, I am always grateful to those who are acutely aware of the issues facing the Church today, and the nation. You obviously care deeply about truth, and yearn to see the Truth made known. I do, too. In the name of truth, please allow me to correct a lie you've been told regarding the mission and values of the Manhattan Declaration. We are a Christian organization, and believe the Bible alone is sufficient for all wisdom and understanding. Our commitment to the principles of life, marriage, and religious liberty stems from the Word of God. We believe these principles are outworkings of the Gospel of Jesus Christ; they are not the Gospel, but implications of it.
It is simply a lie that our movement is an attempt to unite different faith traditions as one. Indeed, From the beginning we have denied Muslim, Mormon, Jewish, and others from signing because we are an explicitly Christian organization. While we do recognize the many denominations that comprise the orthodox Christian tradition, we are explicit that we unite on behalf of life, marriage, and liberty in spite of our differences. We do not color over those differences or pretend they aren't real, and meaningful. We simply agree to disagree about the "peas and carrots" because we share a core common belief in the essentials of Christian faith.
I don't know who told you otherwise, but I am aware there are a number of ignorant, angry rabble rousers who regularly lie about us to serve their small, twisted propagandas. Some are filled with hate for those who don't comply with their own specific version of Christianity. These fools harm and hinder the Gospel, and are in for a rude awakening upon meeting The Lord. I hope you steer clear of them. Others are simply misinformed, or uninformed. Though theirs is the lesser evil, it is still unacceptable and harmful to the cause of Christ. I hope you will push back, and educate them as to the true nature of the Manhattan Declaration. It's too important to become lost in a lie.
Sincerely,
Eric TeetselExecutive Director, Manhattan DeclarationOffice (703) 554-8602

PROFOUND HYPOCRISY:
Eric Teetsel: Marriage March 2013; Unity With Apostates Does Not Help the Cause of "Biblical Marriage", Since Apostates Believe in Gay "Marriage":

FROM: http://www.proclaimingthegospel.org/site/blogview2.asp?sec_id=180014816&forum_id=180003854&message_id=180021065&topic_id=180013707
Evangelicals are commemorating the twentieth anniversary of Evangelicals and Catholics Together (ECT) by declaring it continues to bear good fruit in its witness of Jesus Christ and the gospel. One of the original signers, Timothy George, Dean of Beeson Divinity School, has issued the  first of a series of articles to keep ECT moving forward. Another one of the original signers, Tom Guarino, professor of theology at Seton Hall University,  in his article, ECT At Twenty: A Joint Witness to the Gospel, said Evangelicals and Catholics "have deepened our identity as brothers in Christ, discovering, despite our theological differences, important patterns of similarity and union in our fundamental Christian beliefs." Musing on the future of ECT, he wrote: "Proclaiming the gospel in a society that has forgotten its moral foundations will continue to be a significant task of Evangelicals and Catholics Together. " He added:  If contemporary culture is to be renewed, it must be led by Evangelicals and Catholics, with their firm commitment to the truth of the gospel." Guano urged Catholics and Evangelicals to reflect on the "Reformation, whose five hundredth anniversary is almost upon us...which can deepen our spiritual and theological communion."
Mike's Comment: Evangelical leaders, who cannot discern between truth and error, continue to be seduced by the Vatican's attempt to unite all professing Christians under papal authority. The Vatican knows it must silence all who stand opposed to ecumenical unity and it has employed an effective strategy to do so. Using social and moral issues as common ground to promote unity, the Vatican believes this ecumenical dialogue will prepare the way for "separated brethren" to return to the "one true church."
Evangelicals who continue to embrace Roman Catholics as "proclaimers of the true Gospel" and "brothers in Christ" must be confronted and soundly rebuked for their treason against the kingdom of God's beloved Son. By their willful compromise they either do not know  about the exclusivity of God's gospel or they are ignorant of the false and fatal gospel of Roman Catholicism.

THREATS TO SHUT DOWN THE ECONOMY OF INDIANA
Published on Apr 1, 2015
http://www.atlah.org The Manning Report
Despite the backup he was getting from every Republican presidential candidate who has discussed the issue and pretty much every conservative commentator who has mentioned it, Indiana governor Mike Pence gave gay people and liberals a victory today when he announced that he’s expecting his legislature to send him a bill “clarifying” the legislation he recently signed on religious freedom.. (31 Mar. 2015)

Posted by John at 7:15 AM Links to this post