34,000 BLACK CHURCHES QUIT PRESBYTERIAN CHURCH USA OVER GAY "MARRIAGE" APPROVAL~BUT WILL THERE BE A TOTAL REFORMATION? NOT LIKELY 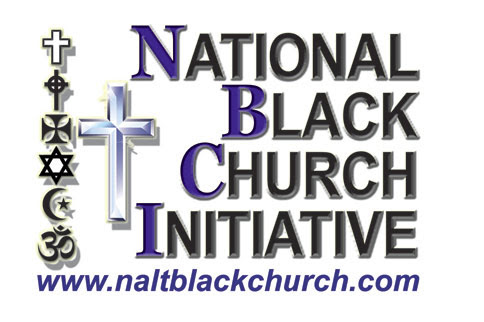 THE ABOVE PICTURE, LEFT SIDE: CLEARLY SHOWS
AN INTERFAITH, ECUMENICAL, ONE WORLD RELIGION,
APOSTATE PHILOSOPHY

34,000 BLACK CHURCHES QUIT
PRESBYTERIAN CHURCH USA
OVER GAY "MARRIAGE" APPROVAL
BUT WHAT ABOUT THE OTHER APOSTASIES?
LIKE:
1) Not preaching the full gospel, and usually no gospel; preferring an inoffensive, non-doctrinal, false gospel without mention of sin, repentance, hell, or judgment. It preaches a morally relativistic, universalist gospel delivered in "feel good about yourself" talks.
2) Never preaching salvation in Jesus Christ alone; performances take precedence.
3) Believing salvation is by church membership and/or baptism.
4) Adopting/adapting Catholic contemplative mysticism in worship such as the French Taize mantra like music and liturgy, and other Catholic practices.
5) Progressive/socialist projects with and without government.
6) No biblical stand against abortion; supporting a woman's right to choose (i.e. death of the unborn and born).
7) Ecumenical projects and pursuits for so-called "Christian unity", but with other apostate denominations, churches, ministries, seminaries, and quasi-religious/political organizations whose aims are a one world church and one global government.
8) Preferring social causes over gospel spreading.
9) Creating a social club atmosphere revolving around entertainment, dancing, and drinking.
10) Creating and maintaining business networking in the church.
ETC.
_________________________________________________
SEE: http://www.christianpost.com/news/34000-black-churches-leave-pcusa-over-same-sex-marriage-136530/; republished below in full unedited for informational, educational, and research purposes:

Urging Presbyterian Church USA to "repent and be restored to fellowship," the National Black Church Initiative, which represents 34,000 churches from 15 denominations, has declared it has severed ties with PCUSA after it amended its constitution changing their definition of marriage to include same-sex couples.
"NBCI and its membership base are simply standing on the Word of God within the mind of Christ. We urge our brother and sisters of the PCUSA to repent and be restored to fellowship," NBCI President Rev. Anthony Evans said, according to Charisma News.
"PCUSA's manipulation represents a universal sin against the entire church and its members. With this action, PCUSA can no longer base its teachings on 2,000 years of Christian scripture and tradition, and call itself a Christian entity in the body of Christ. It has forsaken its right by this single wrong act," added the head of the coalition, which represents 15.7 million African-Americans.
Last year, PCUSA approved a vote on an amendment to change their official definition of marriage from "a man and a woman" to "two people, traditionally a man and a woman." And earlier this month, the proposed change to PCUSA's Book of Order got the necessary number of presbytery votes.
"Apostle Paul warns us about this when he declared in Galatians 1:8 that there are those who will preach another gospel," Evans said.
"No church has the right to change the Word of God. By voting to redefine marriage PCUSA automatically forfeits Christ's saving grace," he added. "There is always redemption in the body of Christ through confession of faith and adhering to Holy Scripture."
Evans said PCUSA "deliberately" voted to change the Word of God and the interpretation of marriage between one man and one woman. "This is why we must break fellowship with them and urge the entire Christendom to do so as well."
At the PCUSA General Assembly held in Detroit, Michigan, last June, a majority of delegates voted for a recommendation to amend the Book of Order regarding marriage definition.
"A proposed amendment to change the constitution to include same-gender marriages in the church's constitution passed the General Assembly but must be ratified by a majority of the church's 172 regional presbyteries," explained PCUSA in a FAQ document. "Presbyteries have one year to vote on the proposed amendment. If a majority ratifies the amendment, it would take effect June 21."
This is not the first time that PCUSA has hit the headlines on its move toward greater acceptance of homosexuality within the church.
In 2010, the PCUSA General Assembly approved a measure that allowed for presbyteries to approve the ordination of noncelibate homosexuals – after which more than 150 congregations voted to disaffiliate from the mainline denomination.
_______________________________________________________________________
SEE: http://the-trumpet-online.com/34000-black-churches-leave-presbyterian-church-usa-gay-marriage/; republished below in full unedited for informational, educational, and research purposes:

Editor’s Note: Any godly action taken to hinder or stand against the sodomite juggernaut is commendable. But sadly, “my people are destroyed for lack of knowledge”.  This denomination has ordained women and accepted short-haired women/long-haired men for many decades. When one disregards any of God’s gender distinctions, he undercuts his ability to stand against even the worst example of the blurring of these distinctions. Many do not realize that so-called homosexual marriage is merely the ultimate in the obliteration of God-ordained gender distinctions, akin to short hair on women, etc. albeit farther down the wide road of destruction.
These pastors (as well as many or most “fundamental” Baptists) need to repent of all areas where they have despised God’s gender distinctions as clearly articulated in the scriptures.  Anyone who has ever publicly stood against sodomy should recognize this almost instantly, as one of the first things the mocking  adversaries will ask is if your women “keep silence in the churches”, as the New Testament commands. Sadly, since almost no one withstands the enemy in the gate, they miss an opportunity to discover their inconsistency revealed at the mouth of the blasphemers.

A MORE BIBLICAL VIEW OF BLACK VS GAY
"OBAMA RELEASED THE HOMO DEMONS"
WHEN HE WAS RE-ELECTED IN 2012:
PART A


Pastor Manning:
The Presbyterian Church Is A Damn Liar

OBAMA ATTACKS, MISQUOTES RE ELECTED NETANYAHU WHO SAYS PEACE AGREEMENT MUST BE NEGOTIATED, NOT IMPOSED (BY OBAMA)

Posted by John at 9:05 AM Links to this post