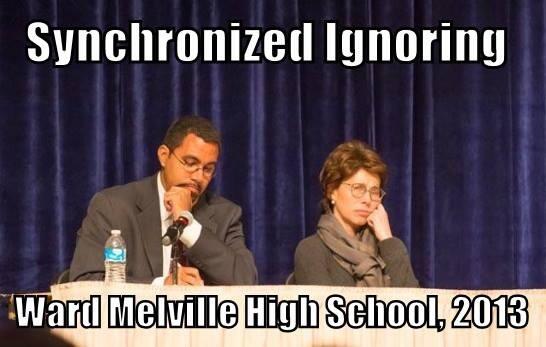 
The Dailymail of the UK has reported what happened in Long Island, New York:
http://www.dailymail.co.uk/news/article-2507882/NY-teacher-brands-Common-Core-reform-child-abuse-gets-rapturous-applause.html.
Excerpt:
"She told New York state education commissioner John King that 'hundreds of thousands of mommies' were going to refuse to have their children tested because 'mommies in New York don't abuse their children.'"

A Credit to His Profession-NY Teacher Slams Common Core:


A Principal Confronts Commissioner King about his lower rating:

BY BELIEF IN JESUS CHRIST

Bible Quote:
2 Timothy 1:7-
"For God has not given us a spirit of fear, but of power and of love and of a sound mind."

IRANIANS ONCE BLINDED
BY ISLAM'S & BAHAIS' UNKNOWABLE GOD
FIND JESUS AS THEIR PERSONAL LOVING MEDIATOR
WITH GOD WHO CAN TAKE AWAY THEIR SIN
& GIVE THEM ETERNAL LIFE;
LEARNING TO TRAVEL THE NARROW WAY;
REJECTING WORKS BASED RELIGIONS
AND THE IMPERSONAL, UNIVERSALIST, FAR AWAY GOD

Revival In Iran - Many Young Iranians Come to Jesus

A GOOD REASON TO REJOICE

Iranian Muslim Lady was Looking for the Peace in Jesus Christ:


Girl From Iran Saw Her Sister Changed Dramatically in Jesus, Then She Became Christian - Samira:

"WHEN YOU DON'T KNOW CHRIST, YOU ARE WALKING IN DARKNESS":

Dr Daniel Shayesteh - Why I converted to Christianity:


Maryam Rostampour and Marziyeh Amirizadeh were born into Muslim families in Iran. They both became Christians as young adults and met while studying theology in Turkey in 2005. Deciding to work together, they returned to Iran and began sharing their faith. In 2009, Maryam and Marziyeh were arrested in Tehran for promoting Christianity—a capital crime in Iran. The official charges against them were apostasy, anti-government activity, and blasphemy, for which they were sentenced to execution by hanging. They spent 259 days in Evin, perhaps the world’s most notorious prison, as many around the world prayed for their release. Following international pressure and after months of interrogation and abuse, they were freed in November 2009 and subsequently cleared of all charges. They now live in the United States.

get sent to Evin prison; kept in solitary confinement;

interrogated for 8 hours a day; ministered to prostitutes;

SEE: http://captiveiniran.com FOR THEIR BOOK:

"Captive In Iran" book promo by Maryam and Marziyeh:


Maryam Rostampour and Marziyeh Amirizadeh knew they were putting their lives on the line. Though Islamic laws in Iran forbade them from sharing their Christian beliefs, in three years they’d covertly put New Testaments into the hands of twenty thousand of their countrymen. They’d started two secret house churches, including one for prostitutes—many of them women who had been abandoned by their husbands and had no other way to support themselves and their children. Maryam and Marziyeh had almost been caught many times…it seemed like divine intervention when they were not.

But finally—perhaps inevitably—in 2009, the two young women were arrested and held in the notorious Evin Prison in Tehran, a place where inmates are routinely tortured, and executions are swift and sudden. But in the face of chilling interrogations and intimidation, and despite a death sentence, something remarkable happened: Instead of succumbing to fear, they chose to take the radical—and dangerous—step of sharing their faith inside the very walls of the government stronghold that was meant to silence them.
In Captive in Iran, Maryam and Marziyeh recount how God used their 259 days in Evin Prison to bring about a miraculous reversal: shining light into one of the world’s darkest places, giving hope to those who had lost everything, and showing love to those in despair.

Two women imprisoned for their Christian faith in Iran, Maryam and Marziyeh recount their 259 days in Evin—Maryam Rostampour and Marziyeh Amirizadeh—this hell on earth was a place of unlikely grace as they reflected God's love and compassion to their fellow prisoners and guards. Against all odds, Evin would become the only church many of them had ever known.

Iranian Church in Germany part 1 of 3:


Iranian Church in Germany part 2 of 3:


Iranian Church in Germany part 3 of 3:


Photos of Iranians Being Baptized: 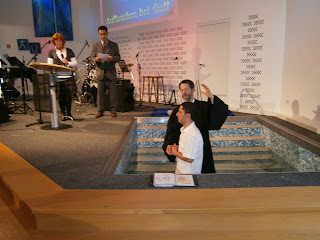 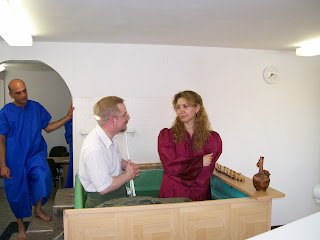