HILLARY CLINTON MAY HAVE A BRAIN TUMOR: BOARD CERTIFIED MD-PSYCHIATRIST 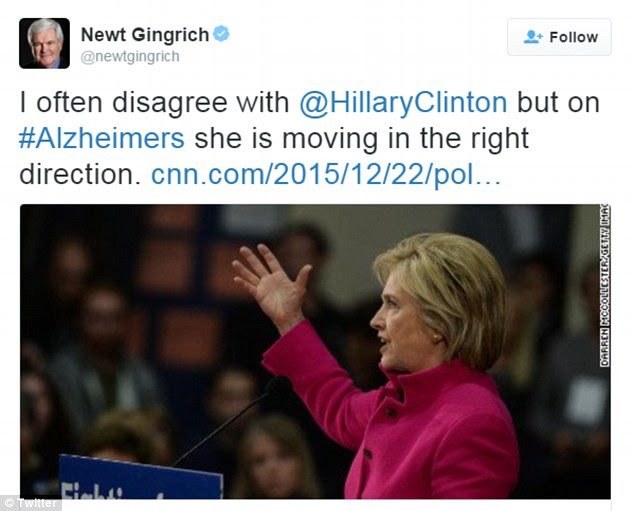 HILLARY CLINTON MAY HAVE A BRAIN TUMOR: BOARD CERTIFIED MD-PSYCHIATRIST
Published on Aug 9, 2016
Alex Jones speaks with Steve Pieczenik, (MD, PhD, American psychiatrist, former US Department of State official) about Hillary's current health and the cover-up to hide the fact that she is potentially mentally ill and undergoing a severe health crisis that would inhibit her to run the country if elected.
Steve Pieczenik, (MD, PhD, American psychiatrist 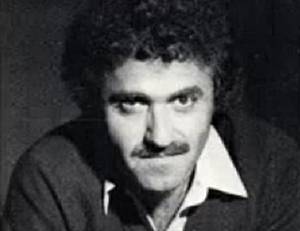 Published on Aug 9, 2016
We may be witnessing the collapse of the Clinton crime empire as Hillary appears to become sicker and sicker with each passing day.

Posted by John at 5:05 PM Links to this post


Donald Trump was interrupted by protesters over a dozen times while laying out his economic plan at the Detroit Economic Club.

Posted by John at 9:18 AM Links to this post

Posted by John at 9:18 AM Links to this post

IF TRUMP LOSES: IT'S GOING TO BE AN UNRECOGNIZABLE AMERICA

IF TRUMP LOSES: IT'S GOING TO BE AN UNRECOGNIZABLE AMERICA
SEE: http://www.newswithviews.com/Wooldridge/frosty1162.htm;

August 9, 2016
NewsWithViews.com
Tucker Carlson, host and journalist for FOX News said, “If Trump loses, it’s going to be a new America.”
No truer statement could be said about America’s fate in the 21st century. If Hillary Clinton wins, she promises to bring in 100,000 more Syrian Muslim refugees if not more during her four-year term. She promises total amnesty for 20 to 30 million illegal aliens. She stands with Muslims like Khizr Khan who openly advocates for Sharia Law being implemented into America to supplant U.S. Constitutional law. Hillary Clinton works for open borders to create an even greater flow of all immigrants into America. 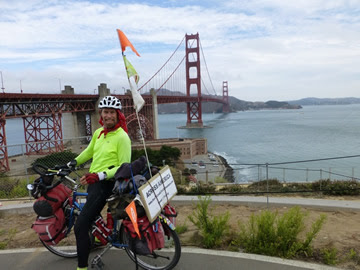 CHRISTIAN LAWYERS WILL BE DISBARRED FOR RELIGIOUS BELIEFS

Drucilla Stender Ramey, Golden Gate Law School Dean Emerita, has been elected to serve as chair of the Equal Rights Advocates board of directors.
SEE: http://www.equalrights.org/drucilla-ramey-to-chair-eras-board-of-directors/ 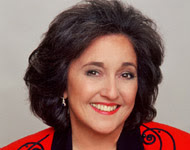 Drucilla Stender Ramey has been named the new Dean of Golden Gate University School of Law, following years of teaching,  lawyering and public service.
In 2005, she was appointed Executive Director of the National Association of Women Judges, and previously Chaired both the San Francisco Commission on the Status of Women and the ACLU of Northern California.  She is also known for her work with MALDEF, the Open Society Institute, and the American College of Trial Lawyers. She was a faculty member at Golden Gate from 1978-1985.
________________________________________________________
AMERICAN BAR ASSOCIATION PLOTS TO MAKE CHRISTIANS UNABLE TO PRACTICE LAW
SEE: http://the-trumpet-online.com/american-bar-association-plots-make-christians-unable-practice-law/; republished below in full unedited for informational, educational, and research purposes:

WASHINGTON, DC — “Branding certain opinions on matters of race and socioeconomics [and] religious-based beliefs on marriage, abortion, and moral judgments … as so deplorable that they should trigger draconian sanctions is truly noxious to the foundational principles of a free society,” former U.S. Attorney General Edwin Meese III and leading national religious-liberty lawyer Kelly Shackelford wrote on Friday in a scathing letter to the American Bar Association, protesting ABA’s new proposed ethical restrictions on speech and religious affiliations.

On Aug. 8 or 9, ABA’s House of Delegates will vote on whether to adopt the recommendation from one of its committees to adopt ABA Model Rule 8.4. The proposed change would make it a legal ethics violation — meaning that a lawyer who does it can lose his license to practice law — to “discriminate on the basis of race … sexual orientation, gender identity … or socioeconomic status in conduct related to the practice of law.”
Fiercely opposing this new rule are Meese, who was appointed by President Ronald Reagan as the 75th attorney general of the United States; and Shackelford, who is the president and CEO of First Liberty Institute, the largest law firm in the United States exclusively dedicated to protecting religious liberty for all Americans.
General Meese and Shackelford oppose the rule in part because of the official comments that accompany the proposed rule, comments taking a shockingly broad view of what constitutes “conduct related to the practice of law.” While it says a lawyer cannot be punished for agreeing to represent any client, the rule applies to “verbal conduct” as well as “physical conduct” and can apply anytime a lawyer is speaking to another person outside of a courtroom.
In practical terms, this means a lawyer criticizing Black Lives Matter or a proposed amnesty for illegal aliens — both of which could be construed as “discriminating” on the basis of race and socioeconomic status (two of the forbidden categories) — could lose his law license as a result.
But there’s more: A lawyer’s membership in an organization can also be considered evidence of discrimination.
What if that lawyer is a member of a Southern Baptist or Roman Catholic Church? Or what about many other religions — such as Orthodox Jews? All those faiths have religious beliefs specifying that marriage is between a man and woman and that a person’s gender — their maleness or femaleness — is a fixed aspect of that person determined by Almighty God.
The membership of that Baptist lawyer, Catholic lawyer, or Jewish lawyer could be treated the same as if the lawyer belonged to the Ku Klux Klan. Since Model Rule 8.4 treats sexual orientation and gender identity as being on the same level as race, belonging to a church or synagogue that holds to millennia-old traditional beliefs on marriage and sexuality could lead to that attorney losing his law license.
ABA is a private organization. Of America’s 1.3 million lawyers, only 400,000 — less than one-third — are ABA members. (Many lawyers refuse to be part of ABA because of the organization’s well-documented liberal bias.) So Model Rule 8.4 does not automatically carry any force of law.
Instead, law licenses are issued by the highest court of each of the 50 states, as well as the District of Columbia, each of which has its own ethics rules. However, most state ethics rules are either taken directly from ABA’s Model Rules or, at the minimum, ABA rules are the starting point from which the states fashion their ethical requirements.
The bottom line is if ABA adopts this new rule, many states will quickly follow suit, and observant Christians in those states can be targeted for elimination from the legal profession.
Any person who hears an attorney speak, sees what the attorney has written, or is even aware of where the attorney goes to church, can file a bar complaint with the highest court of that state.
Ultimately, even if a bar complaint fails to get a lawyer disbarred, lawyers accused of unethical conduct need to hire (and pay) an attorney who specializes in legal ethics and usually attend hearings before a disciplinary committee. All of these create public records, giving rise to an appearance of possible unethical conduct that can destroy a lawyer’s reputation and career.
This rule would also be used to indoctrinate law students. Even though ABA is a private organization, all but a few states require a person to receive a law degree from an ABA-accredited law school in order to qualify to sit for those states’ bar exams to get a law license.
Every law school must teach legal ethics as part of its curriculum if it wants to be accredited by ABA. Because lawyers at each school might get a job anywhere across the country, those ethics classes teach the ABA Model Rules instead of the ethics rules of any one state. So the next generation of lawyers would all be taught Model Rule 8.4 as a binding requirement that is demanded of every attorney. New lawyers are taught to carefully obey ethics rules, not to consider challenging them as unconstitutional.
But as General Meese and Shackelford explain in their letter, Model Rule 8.4 violates every lawyer’s First Amendment rights to free speech and freedom of religion.
The Meese-Shackelford letter also contains a stunning revelation, quoting testimony from ABA leaders like Paulette Brown (ABA’s president) and Drucilla Ramey, showing that the ABA committee proposing the rule fully understood the oppressive results the new rule would produce.
ABA Model Rule 8.4 is therefore a deliberate attempt to purge observant Christians from the legal profession and create a legal world in which very few lawyers would be willing to take on a case representing evangelicals, devout Catholics, or adherents of other faiths when those people’s religious freedoms are violated or threatened.
General Meese and Shackelford promise to take this fight to the next level if ABA adopts the proposed rule this week. States must reject the new rule and, if necessary, the new rule could be challenged in court because the First Amendment is part of the Supreme Law of the Land, the U.S. Constitution, which is binding on every state court system.
Closing with a term that a former attorney general of the United States uses only with great care, General Meese and Shackelford soberly warn ABA, “It is not an overstatement to say that this proposed rule borders on fascism.”
_________________________________________________________
PDF OF MEESE/SHACKELFORD LETTER:
http://firstliberty.org/wp-content/uploads/2016/08/ABA-Letter_08.08.16.pdf
SEE ALSO: http://www.breitbart.com/big-government/2016/08/08/attorney-general-meese-lawyers-rule-fascist-anti-christian/

Posted by John at 8:41 AM Links to this post

Published on Aug 26, 2016
The Islamic State may be more subtle in America than in Syria, using money to gain influence, establish schools and brainwash the next generation.

Published on Jul 18, 2016
Infowars reporter David Knight interviews documentary filmmaker, Mark S Hall about the education scandal with Gulen charter schools and their connections to the latest coup attempt in Turkey over the weekend.
http://killinged.com/

Posted by John at 7:38 AM Links to this post