Leviticus 20:2- "Again, you shall say to the children of Israel: 'Whoever of the children of Israel, or of the strangers who dwell in Israel, who gives any of his descendants to Molech, he shall surely be put to death. The people of the land shall stone him with stones.'"
Jeremiah 32:35-"And they built the high places of Baal which are in the Valley of the Son of Hinnom, to cause their sons and their daughters to pass through the fire to Molech, which I did not command them, nor did it come into My mind that they should do this abomination, to cause Judah to sin." 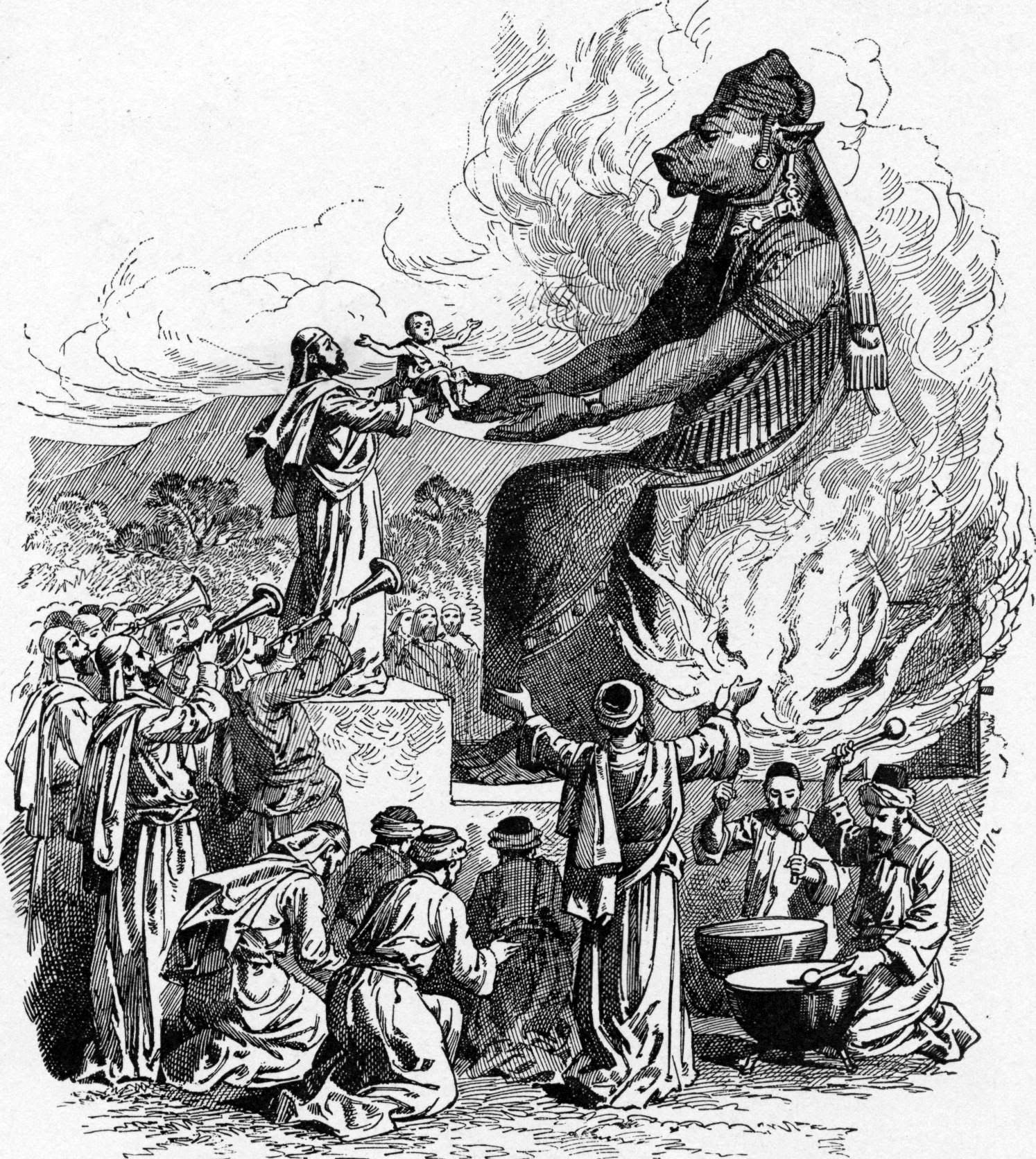 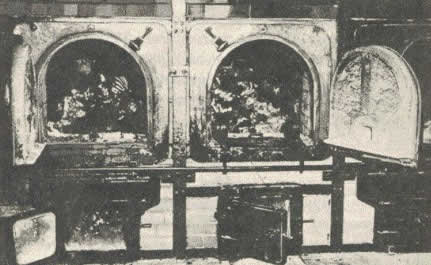 Ten National Health Service (NHS) hospital trusts have confirmed that during just the past few years over 15,000 fetuses have been incinerated along with medical waste, apparently as part of an environmental recycling program to combat global warming and reduce solid waste.  Hearing this public admission caused further grief to the mothers who were already distraught over the loss of their babies.

LET’S KILL BABIES AND PUT THEM TO GOOD USE:

SEE: http://barbwire.com/2014/03/26/bill-m-unfinished-lets-kill-babies-put-good-use/
EXCERPT:
The bodies of thousands of aborted and miscarried babies were incinerated as clinical waste, with some even used to heat hospitals, an investigation has found. Ten NHS trusts have admitted burning foetal remains alongside other rubbish while two others used the bodies in ‘waste-to-energy’ plants which generate power for heat. Last night the Department of Health issued an instant ban on the practice which health minister Dr Dan Poulter branded ‘totally unacceptable.’ At least 15,500 foetal remains were incinerated by 27 NHS trusts over the last two years alone, Channel 4’s Dispatches discovered. 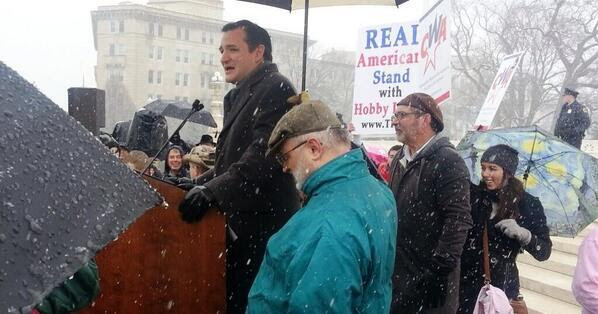 on the Hobby Lobby Case

in Front of the Supreme Court:

See: http://barbwire.com/2014/03/27/ted-cruz-rallies-religious-freedom-supporters-supreme-court-hobby-lobby/;
EXCERPT:
"We are a nation that was founded by men and women who fled religious oppression. We were founded my men and women who came here because we said every one of us has a God-given right to seek out the Lord God Almighty with all of our heart, mind and soul free from the Government standing in the way. That is our shared legacy. It’s a legacy for people of all faiths."
Posted by John at 2:51 PM Links to this post

Here is the full text of World Vision's announcement today: 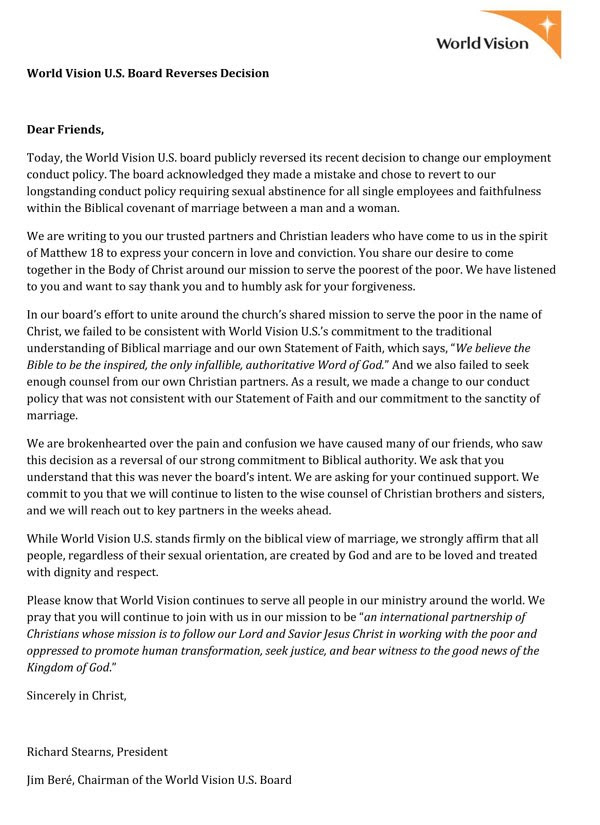 HOW WORLD VISION CAN REGAIN TRUST

SEE: http://barbwire.com/2014/03/27/world-vision-can-regain-trust/
EXCERPTS:
This could not have been an easy thing to do, as they will now have to deal with accusations of being double-minded, not to mention the pro-gay activist backlash they will surely face along with accusations that they were not sincere in their repentance but rather acted out of mercenary concerns, and so we need to be just as vocal in affirming them as we were in rebuking them.
They acknowledged that they “failed to be consistent with World Vision U.S.’s commitment to the traditional understanding of Biblical marriage and our own Statement of Faith.”
So, what do you actually believe? Many of us are genuinely confused. Are you now saying, “Although some churches may differ on this, we are reaffirming our strong belief that in God’s sight, marriage is the union of one man and one woman, while homosexual practice is always against the law of God, even in the context of monogamous, homosexual unions”? On Monday did you feel that the biblical definition of marriage was debatable but on Wednesday you decided that this was not the case? If so, what produced such a drastic change? Your clarification here would help to instill greater confidence.
______________________________________________

SEE: http://www.nytimes.com/2014/03/28/us/christian-charity-backtracks-on-gays.html?_r=1;
EXCERPT:
"Mr. Stearns explained that World Vision’s staff members belong to more than 50 denominations, and since some Episcopal, Lutheran, Presbyterian and Congregational churches are now marrying same-sex couples, the charity’s board had decided to be “neutral.” He said this was no different from World Vision’s practice of deferring to churches on other doctrinal matters, such as divorce and remarriage, women in leadership and evolution."
"On Wednesday, the board of World Vision, which includes two Google executives, reversed itself. Six board members did not respond to interview requests."
________________________________________


AN APOLOGY IS NOT ENOUGH

SEE: http://barbwire.com/2014/03/28/apology-enough-world-vision-needs-clean-house/;
EXCERPTS:
"I anticipate that World Vision’s mettle will soon be tested. I predict that the Obama administration will now pull some or all of the $330 million it sends to World Vision, in order to punish them for being hatemongering homophobes."
"Also, the state of Washington will likely sue them for violating its anti-Christian employment discrimination laws. If the attorney general will sue a florist in the Evergreen State for not embracing same-sex “marriage,” you can bet it won’t be long before he sets his sights on one of the largest Christian organizations in the world."
"In other words, this is not the end of testing for World Vision but the beginning. They had better make sure they have leaders who are up to the task. Right now, they don’t."