BIBLE MIXED WITH PSYCHOHERESY?
JOSH DUGGAR AT "REFORMERS UNANIMOUS"
(NO, NOT ALCOHOLICS ANONYMOUS,
12 STEPS, OR REFORM SCHOOL)
WILL HE BE REDEEMED AGAIN? AND BY WHOM?
IT SEEMS THE MORE "REFORMED" & "FUNDAMENTAL",
THE MORE APOSTATE
PARALLELS SEX SCANDALS OF BOB JONES UNIVERSITY
& SOVEREIGN GRACE MINISTRIES 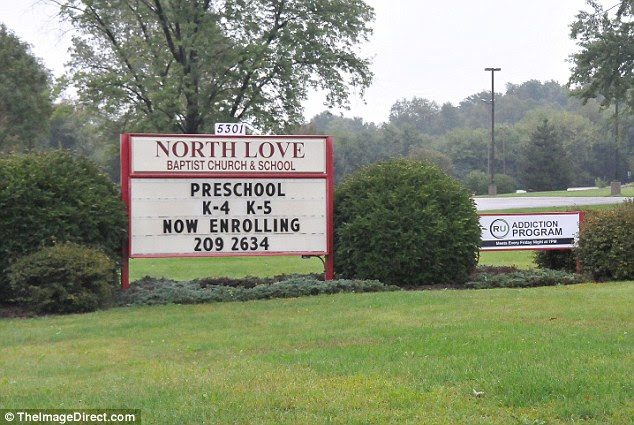 A co-founder of Reformers Unanimous (RU), the Christian rehabilitation center in Rockford, Illinois, that Josh Duggar checked into following revelation that he had accounts with the adultery website Ashley Madison, is allegedly helping a sexual offender stay overseas on Christian mission to avoid prosecution in the United States.
According to a report by Patheos, Reformers Unanimous, co-founded in 1996 by North Love Baptist Church pastor Paul Kingsbury, as a ministry of the church, is sponsoring Richard DeVall, a missionary serving in Bolivia with the Baptist Pioneer Mission Agency. DeVall was accused of committing sexual assault on the campus of Bob Jones University (BJU) in the 1990s and was expelled from the university.
But DeVall was readmitted after he claimed he had sought forgiveness and reconciled with the victim.
GRACE, an organization run by Boz Tchividijian, professor at Liberty University and Billy Graham’s grandson, conducted an investigation of the handling of the case by BJU in 2013.
GRACE wrote, in a report released early in 2013, that “the alleged perpetrator [Richard Devall] minimized the extent of his crime, but he admitted to touching her [the victim] inappropriately without her consent while he believed she was sleeping.”
Kingsbury is allegedly providing financial support through his church to DeVall, who has refused to return to the U.S. to face charges of sexual assault after the victim reported to the authorities in 2012, and asked the Baptist Pioneer Mission (BPM) to allow DeVall return to the U.S. to face criminal charges.
BPM refused to grant the victim’s request, saying that DeVall had repented “to the mission board by confessing his offense and writing a letter of apology.”
BPM also refused to grant the request that DeVall be removed from his overseas post “due to potential risks he could pose to others.”
Although DeVall reportedly wrote a letter of apology to the victim asking for forgiveness, he has refused to return to the U.S. to face charges, saying that the matter should be handled by the church “in the Biblical way.”
When the victim asked whether BPM would support her effort to have DeVall return to the U.S. to face charges, the board allegedly responded that they “would use any legal means to protect” him.
According to Patheos, knowledgeable sources said that although Kingsbury has knowledge of the details of the allegations against DeVall, he has continued to provide support to his mission through his church. This, according to Patheos, leads to the reasonable conclusion that Kingsbury is helping to keep DeVall abroad so that he will not face criminal charges in the U.S.
Patheos also reports that Kingsbury had a relationship with Jack Schaap, pastor of the First Baptist Church of Hammond, currently serving a 12 year prison sentence after he was convicted of having sexual relations with an underage parishioner.
First Baptist Church also operates a chapter of Reformers Unanimous, introduced by Schaap.
According to the Chicago Magazine, Schaap was “part of what some call a deeply embedded culture of misogyny and sexual and physical abuse.”
“Kingsbury’s relationship with Schaap—and Schaap’s relationship with Reformer’s Unanimous—raises concerning questions about the culture of Reformers Unanimous,” Patheos adds.

Dr. Paul Kingsbury was raised in a Christian home and came to know the Lord Jesus as his personal Savior at five years of age. At sixteen he surrendered to serve Christ with his life under the preaching ministry of Dr. Jack Hyles of Hammond, Indiana. He began preaching in jails, nursing homes and rescue missions. He attended Maranatha Baptist Bible College and graduated from Hyles-Anderson College in 1976.

Official Statement from FBC Hammond on the Firing of Dr. Jack Schaap For
"Improper Relationship With a Minor"