PROOF NANCY PELOSI HAS LOST
HER MIND
Alex Jones presents a video compilation that PROVES
Nancy Pelosi has completely lost her mind.
Posted by John at 9:05 AM

ROBERT SPENCER VIDEO: WHY PAKISTAN IS NOT AN ALLY OF THE U.S.

ROBERT SPENCER VIDEO:
WHY PAKISTAN IS NOT AN ALLY OF THE U.S.
In this new video, I expose Pakistan’s anti-American, pro-jihad activity, and urges President Trump to follow through on hints that he will end this sham alliance. 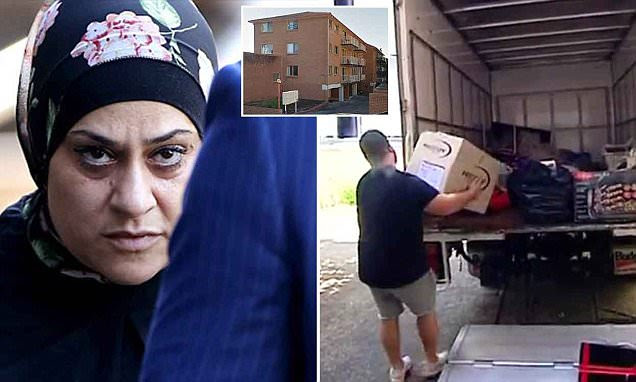 AUSTRALIA: MILLIONAIRE MUSLIMA RIPPED OFF TAXPAYERS FOR 18 YEARS, FINALLY KICKED OUT OF GOVERNMENT FUNDED HOME
BY ROBERT SPENCER
SEE: https://www.jihadwatch.org/2017/10/australia-millionaire-muslima-ripped-off-taxpayers-for-18-years-finally-kicked-out-of-government-funded-home;
Rebecca Khodragha no doubt considered these welfare benefits to be her due, in lieu of the jizya that the Qur’an says that Muslims should collect from subjugated non-Muslim People of the Book. In Islamic law, it is the place of non-Muslims to turn over their funds to the Muslims.
“Fight those who believe not in Allah nor the Last Day, nor hold that forbidden which hath been forbidden by Allah and His Messenger, nor acknowledge the religion of Truth, (even if they are) of the People of the Book, until they pay the Jizya with willing submission, and feel themselves subdued” (Qur’an 9:29).
The caliph Umar said the jizya payments from the dhimmis were the source of the Muslims’ livelihood:
“Narrated Juwairiya bin Qudama at-Tamimi: We said to `Umar bin Al-Khattab, ‘O Chief of the believers! Advise us.’ He said, ‘I advise you to fulfill Allah’s Convention (made with the Dhimmis) as it is the convention of your Prophet and the source of the livelihood of your dependents (i.e. the taxes from the Dhimmis.)’” (Bukhari 4.53.388)

“‘Millionaire Muslim’ convicted of ripping off taxpayers for 18 YEARS by posing as a struggling single mother is finally kicked out of her government-funded home,” by Max Margan and Belinda Cleary, Daily Mail Australia, October 23, 2017 (thanks to The Religion of Peace):

Muslim Rebecca Khodragha ripped off taxpayers
for 18 years
'Millionaire Muslim' convicted of ripping off taxpayers for 18 YEARS by posing as a struggling single mother is finally kicked out of her government-funded home. A 'millionaire' Muslim woman who rorted the public housing system for nearly two decades by posing as a battling single mother has finally been evicted from her taxpayer-funded flat.   Rebecca Khodragha lived in the Punchbowl apartment in south-west Sydney for 18 years, failing to tell authorities her husband owned a lucrative business which reportedly collected a million dollars a year. Ms Khodragha was found guilty of two counts of fraud in November last year and was sentenced to three months jail, which she served as home detention at the Punchbowl unit.
Posted by John at 8:55 AM

6 BILLION EUROS AS A BRIBE TO ISLAMIC DICTATOR, AND SELF APPOINTED HEAD OF MUSLIM CALIPHATE 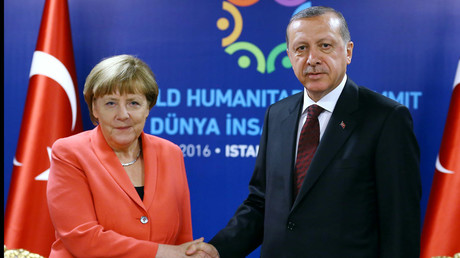 
German Chancellor Angela Merkel has advocated giving the Turkish government billions of more euros for Syrian asylum seekers in order to reinforce the European Union (EU) migrant pact, while EU leaders agreed to give Turkey less money to prepare for EU accession.
The German chancellor said Turkey had handled the migrant issue well and the EU-Turkey pact had greatly reduced the number of migrants flowing into Europe. “This is where Turkey is doing great things,” Ms. Merkel said at the EU summit in Brussels earlier this week, Die Welt reports.
Turkey is set to receive three billion euros in the near future with another three billion being planned for a later date. Other EU leaders agreed with the proposition as none wanted to create a possibility of breaking the EU-Turkey migrant pact.
The migrant pact has not been without problems over the last year and a half as the government of Turkish President Recep Tayyip Erdoğan has repeatedly made threats to end the agreement and send migrants to Greece. The first issue with the pact was over visa-free access to the EU for Turkish citizens which has still yet to happen.
Following the attempted coup in the summer of 2016, Turkey has made increased demands of the EU and had threatened at one point to send 3,000 migrants a day to Greece…. 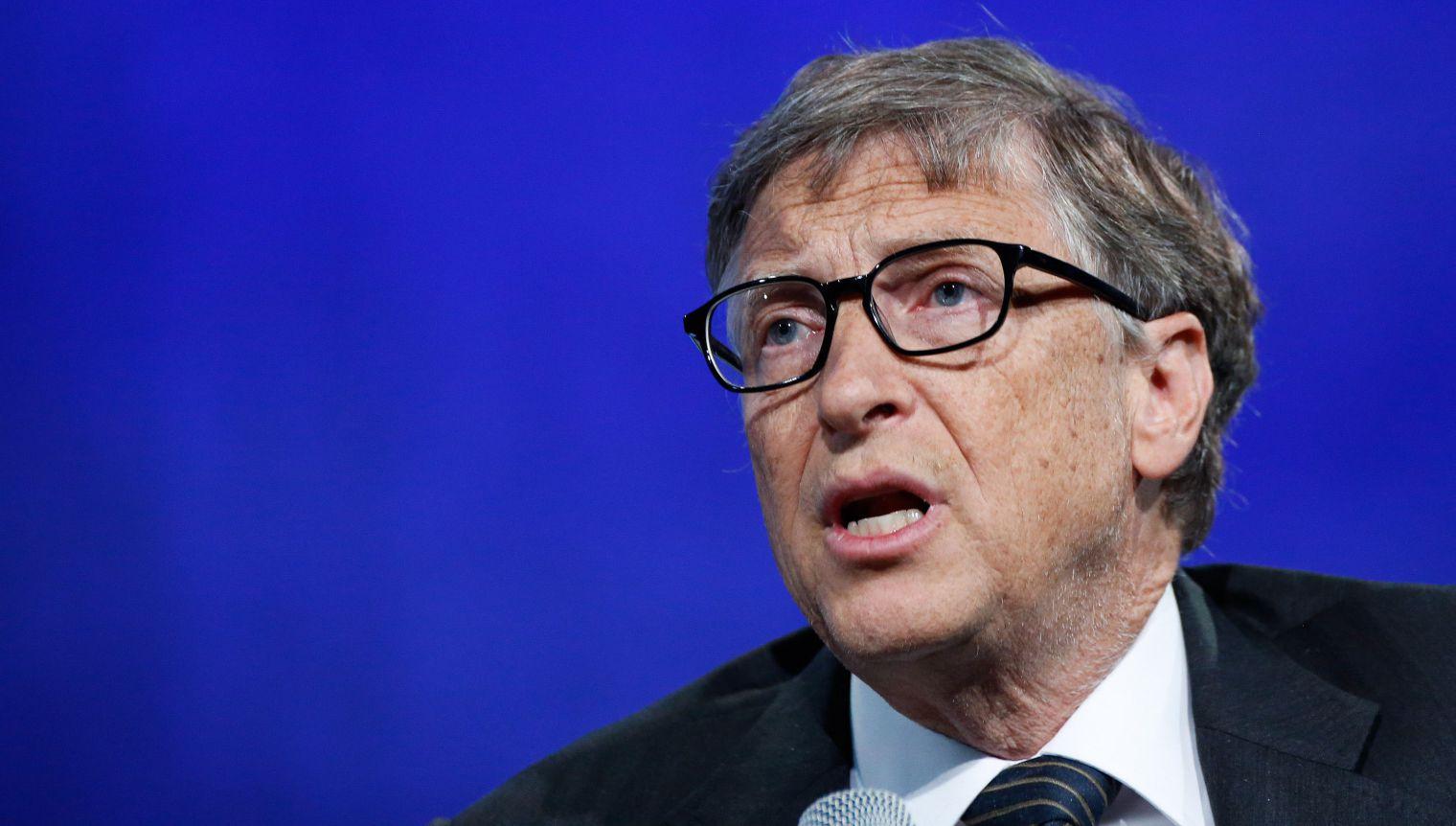 AFTER COMMON CORE, BILL GATES LAUNCHES
NEW EDUCATION PLAN
BY ALEX NEWMAN
SEE: https://www.thenewamerican.com/culture/education/item/27216-after-common-core-bill-gates-launches-new-education-plan;
From FreedomProject Media:
After helping to further centralize and dumb down government education with Common Core standards, billionaire globalist Bill Gates (shown) has another “education” plan to meddle in your child's schooling. However, after admitting that his previous schemes did not work out as planned, Gates vowed to pour almost $2 billion into everything from “new curricula” to “networks of schools that work together ... and use data to drive continuous improvement.”
In other words, intimate details of children's lives and minds will continue to be vacuumed up while “new curricula” are used to further indoctrinate America's youth. And as with Common Core, while Gates will play a key role in setting the direction of education policy through his so-called “philanthropy,” taxpayers will be expected to continue paying for almost all of the scheming.
Gates, a fanatical advocate of abortion and population control, makes clear that his support for Common Core, into which he dumped some $2 billion, is not going anywhere. “We backed the Common Core because we believed, and still believe, that all students — no matter where they go to school — should graduate with the skills and knowledge to succeed after high school,” he said, offering standard talking points.
“It’s exciting to see how the standards are being brought to life in schools and classrooms. But more needs to be done to fully realize their potential,” he continued in his keynote speech at the 2017 summit for the Council of the Great City Schools. “Teachers need better curricula and professional development aligned with the Common Core.”
To read the rest of the article, click here. 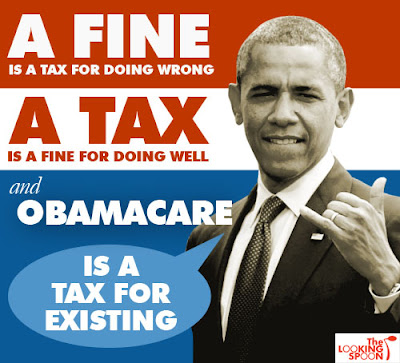 IRS TO START ENFORCING OBAMACARE'S
INDIVIDUAL MANDATE
PENALTIES WILL BE LEVIED
BY MICHAEL TENNANT
SEE: https://www.thenewamerican.com/usnews/health-care/item/27225-irs-to-start-enforcing-obamacare-s-individual-mandate;
The Internal Revenue Service (IRS) announced recently that it would start enforcing ObamaCare’s individual mandate with the 2018 tax filing season, the first time the agency has done so since the mandate took effect — and a marked contrast to its policy for 2017.
“For the upcoming 2018 filing season, the IRS will not accept electronically filed tax returns where the taxpayer does not address the health coverage requirements of the Affordable Care Act [ACA],” the agency stated in a notice to tax professionals. Paper returns that fail to address those requirements “may be suspended pending the receipt of additional information and any refunds may be delayed,” it added.
The requirements, of course, are that every American either have some type of private or public health insurance or, absent a hardship exemption, pay a penalty. For 2017, the penalty is the higher of 2.5 percent of adjusted gross income or $695 per adult and $347.50 per child in the household.

Indicating one’s health-insurance status on one’s tax return has been mandated since 2014, but the Obama administration, in typical fashion, unilaterally decided not to enforce that provision, instead instructing the IRS to follow up with a letter reminding a remiss taxpayer of his obligation. The agency only recently began sending letters to taxpayers for 2014 and 2015.
President Barack Obama reversed the policy for the 2017 filing season, which conveniently coincided with his departure from office. However, his successor’s executive order directing federal agencies to reduce ObamaCare’s burdens on Americans caused the IRS to continue the policy of processing so-called silent returns for another year.
Now, though, the agency says it’s through giving taxpayers a pass on their legal obligations. Taxpayers must respond to the ObamaCare-related line items on their returns or face delays in their processing. “This process reflects the requirements of the ACA and the IRS’s obligation to administer the health care law,” the agency wrote. “Taxpayers remain obligated to follow the law and pay what they may owe at the point of filing.”
“The [earlier] announcement was interpreted by some as weakening of the mandate but really it just said they weren’t going to step up enforcement,” Gordon Mermin of the Urban-Brookings Tax Policy Center told the Associated Press. “Now it appears they are going to increase compliance.”
The IRS says it made the decision to begin enforcing the mandate after discussions with National Taxpayer Advocate Nina Olson. “In my opinion, rejecting silent returns at the time of filing is the least burdensome approach because the taxpayer would correct the omission immediately,” Olson told Forbes’ Kelly Phillips Erb. “If the IRS accepts a silent return and later corresponds about it with the taxpayer, the taxpayer may be required to spend time and money months later to try to resolve the problem.”
The bad news, then, is that the IRS is demanding that taxpayers indicate their health-insurance status and, if they are uninsured, pay a hefty penalty. The good news is that the only way the IRS can collect the penalty is by subtracting it from the taxpayer’s refund. In addition, there’s very little the agency can do to taxpayers who refuse to state whether or not they are complying with the mandate. “Congress,” Erb pointed out, “didn't give IRS any real ‘teeth’ for enforcement: no jail time, no liens, no levies. That doesn’t mean they won’t come after you with a big, threatening letter and a virtual shaking of the government’s fist at you. And it doesn’t mean they won’t hold your refund.” But it does mean there’s not much harm the agency can visit on taxpayers who aren’t owed refunds, regardless of their insurance status or their unwillingness to disclose it.
All of this could have been avoided had congressional Republicans — and Democrats, for that matter — upheld their oaths of allegiance to the Constitution by repealing ObamaCare once there was an amenable president in office. As long as it remains on the books, Americans will be vulnerable to its enforcement. Depending on the good graces of the man in the White House — even, as we have seen, when he is explicitly opposed to the law — is hardly a substitute for striking such an unconstitutional and dangerous statute.