NORTH KOREA EVACUATES 600,000 FROM CAPITOL-HERE'S WHY

NORTH KOREA EVACUATES 600,000 FROM CAPITOL-HERE'S WHY
Kim Jong-Un removes enemies of the state from Pyongyang
BY KIT DANIELS
SEE: https://www.infowars.com/nkorea-evacuates-600000-from-capital-heres-why/;
North Korean leader Kim Jong-un has ordered the evacuation of almost 600,000 residents from the capital, Pyongyang, according to South Korean media.
The deportations of nearly a quarter of Pyongyang’s residents come as North Korea readies its sixth nuclear test – and a potential military strike by the US in response.

“Among those who were chosen by authorities to move are people whose relatives defected to South Korea, had been jailed in a prison camp, used drugs or counterfeit money, and produced, distributed or sold pirated films from the South,” reported the Korea Joongang Daily.
This implies that Jong-un wants to people in the capital who are less likely to aid foreign troops during an invasion.
“Population control was the pretext of the latest order,” said an anonymous insider. “But in reality, the purpose is to ‘purify’ the North Korean capital and allow only the loyal elite class to live there.”

That said, population control could be a factor if North Korea, which has lost millions to famine over the past few decades, considers Pyongyang a national redoubt.
The conflict in North Korea is deepening by the day; on Wednesday Infowars reported that China warned it will “react strongly” to the rogue nation’s nuclear threats.
North Korea may test an nuclear weapon on April 15 – the birthday of its founding president Kim Il Sung – as an act of defiance against the US strike group anchored off the Korean peninsula.
“The North Korean nuclear test scare comes just a few weeks after Japan began staging mass evacuation drills after Kim Jong-un test fired missiles and conducted rocket engine tests on intercontinental missiles,” reported The Sun. “The first exercise of its kind saw civilians young and old scrambling for cover as air-raid sirens wailed away.”
The Japanese government is already releasing public emergency measures in case of nuclear war.

U.S. DROPS LARGEST NON-NUCLEAR BOMB
ON ISIS IN AFGANISTAN
Obama dropped warning leaflets; Trump dropped biggest bomb
SEE: https://www.infowars.com/us-drops-largest-non-nuke-on-isis-in-afghanistan/;
Military officials are still working to assess the damage from the bomb, which has a 300 meter blast radius.
Here’s a video on the bomb in particular:


This marks the first time the Iraq war-era munition has ever been used on the battlefield.
More info from Wikipedia:


The GBU-43/B Massive Ordnance Air Blast (MOAB pronounced /ˈmoʊ.æb/, commonly known as the Mother of All Bombs) is a large-yield conventional (non-nuclear) bomb, developed for the United States military by Albert L. Weimorts, Jr. of the Air Force Research Laboratory. At the time of development, it was touted as the most powerful non-nuclear weapon ever designed. The bomb was designed to be delivered by a C-130 Hercules, primarily the MC-130E Combat Talon I or MC-130H Combat Talon II variants.
Since then, Russia has tested its “Father of All Bombs”, which is claimed to be four times as powerful as the MOAB.
Operational history
MOAB was first tested with the explosive tritonal on 11 March 2003, on Range 70 located at Eglin Air Force Base in Florida. It was again tested on 21 November 2003.
Aside from two test articles, the only known production is of 15 units at the McAlester Army Ammunition Plant in 2003 in support of the Iraq War. As of early 2007, none of those were known to have been used, although a single MOAB was moved to the Persian Gulf area in April 2003.
On April 13, 2017, a MOAB was dropped on a target in the Nangarhar Province inside Afghanistan. It was the first non-testing use of the bomb.
Evaluations
The basic operational concept bears some similarity to the BLU-82 Daisy Cutter, which was used to clear heavily wooded areas in the Vietnam War and in Iraq to clear mines and later as a psychological weapon against the Iraqi military. After the psychological impact of the BLU-82 on enemy soldiers was witnessed, and no BLU-82 weapons remained, the MOAB was developed partly to continue the ability to intimidate Iraqi soldiers. Pentagon officials had suggested their intention to use MOAB as an anti-personnel weapon, as part of the “shock and awe” strategy integral to the 2003 invasion of Iraq.
The MOAB is not a penetrator weapon and is primarily intended for soft to medium surface targets covering extended areas and targets in a contained environment such as a deep canyon or within a cave system. However, multiple strikes with lower yield ordnance may be more effective and can be delivered by fighter/bombers such as the F-16 with greater stand-off capability than the C-130 and C-17. High altitude carpet-bombing with much smaller 230-to-910-kilogram (500 to 2,000 lb) bombs delivered via heavy bombers such as the B-52, B-2, or the B-1 is also highly effective at covering large areas.

ASSAD: U.S. FABRICATED CHEMICAL WEAPONS STORY
Posted by John at 8:26 AM Links to this post 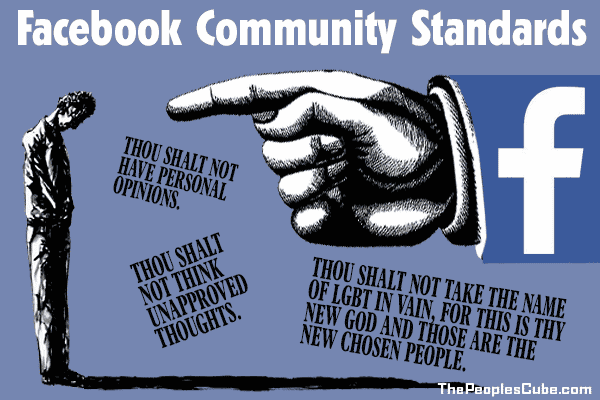 
Instead of removing the content, moderators said that the posts did not breach the site’s “community standards”.
Facebook’s algorithms even promoted some of the offensive material by suggesting that users join groups and profiles that had published it.

A leading QC who reviewed the content said that, in his view, much of it was illegal under British law. Facebook was at risk of committing a criminal offence because it had been made aware of the illegal images and had failed to take them down, he said.

This isn’t the first time Facebook has defended pedos…
In March, the BBC – which busted a Facebook pedo ring in 2016 (resulting in a 4 year prison sentence) – reported dozens of examples of child pornography. Facebook’s response? They removed around 20% of the images, then reported the BBC journalists to the police – and canceled plans for an interview!


Using Facebook’s own moderation tools, the BBC’s recent investigation attempted to report 100 images that appeared to violate Facebook’s terms of service for sexualized images of children. The BBC found that just 18 of the 100 were eventually taken down on Facebook. –Gizmodo

What in the [world] is going on?
In November, we reported how Twitter banned a user for exposing thousands of child porn accounts, while allowing the offensive content to remain on the platform.
Meanwhile the New York Times and Salon have tried to ‘normalize’ pedophilia by running an article in defense of pedos. Salon went on to scrub the article from their website the day before a hit-piece on Milo Yiannopoulos, however the NYT continues to run it. I wonder why?
So we have social media giants Twitter and Facebook allowing pedophilic and pro-terrorism content on their platforms, while MSM outlets such as the New York Times and Salon defend it. And it’s not just those outlets… Think about it – how much attention has the record number of human trafficking busts since the inauguration received from the MSM? Meanwhile, conservative voices with divergent opinions are being throttled, banned, ‘un-followed,’ or otherwise limited from reaching audiences.
Something is very wrong with this picture…

Posted by John at 8:22 AM Links to this post

MIT PUSHES PLAN TO LITERALLY TEACH CHILDREN COMMUNISM
Published on Apr 13, 2017
Massachusetts Institute of Technology has announced a new textbook which would be used to teach elementary school kids communism.

SEE: https://www.thenewamerican.com/culture/education/item/25827-brainwashing-shocker-mit-press-releases-communism-for-kids-book
Posted by John at 8:06 AM Links to this post 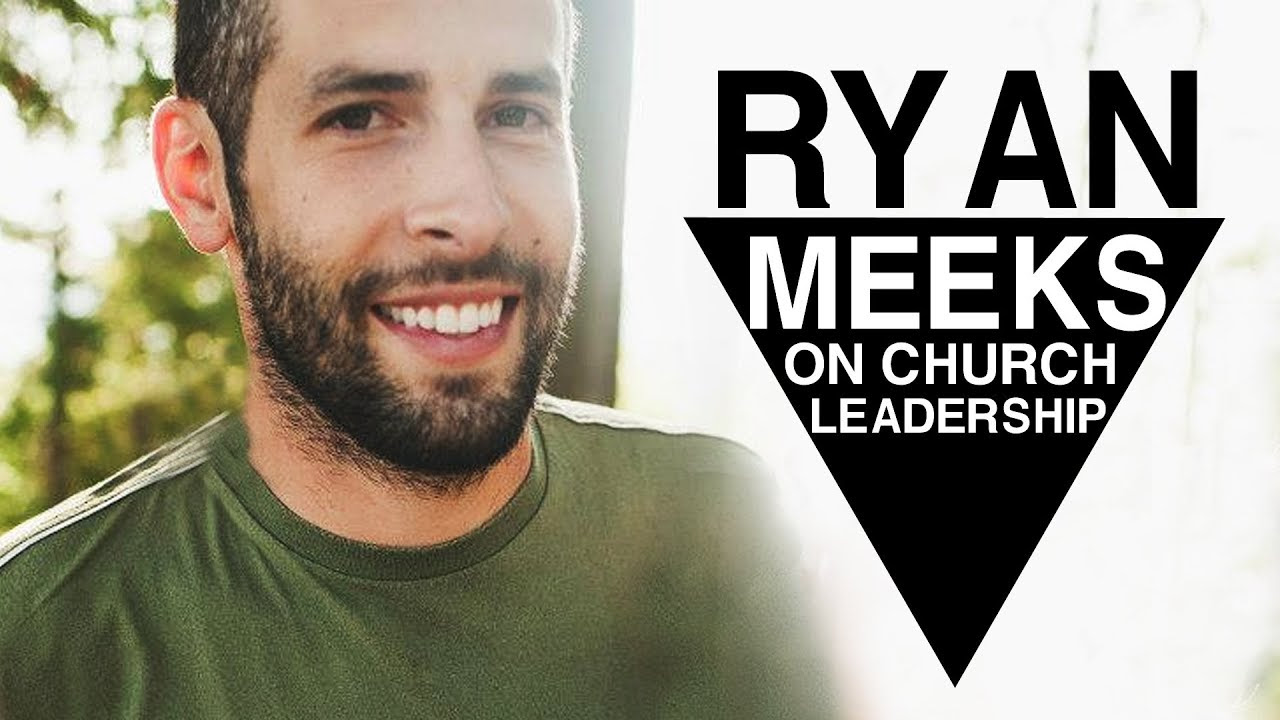 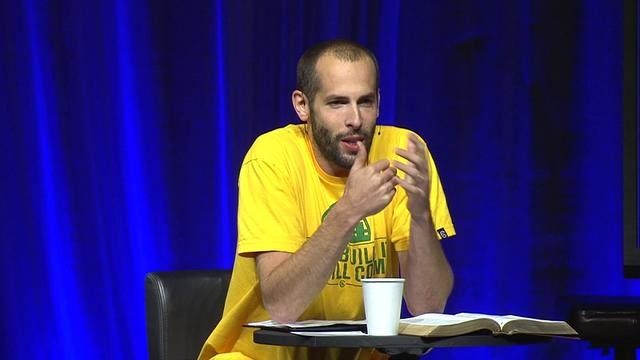 PROFANE "PASTOR" WELCOMES OPEN HOMOSEXUALS, ADMITS HE DOESN'T CARE WHAT BIBLE SAYS
BY HEATHER CLARK
SEE: http://christiannews.net/2017/04/12/profane-pastor-welcomes-open-homosexuals-admits-he-doesnt-care-what-bible-says/;
Ryan Meeks is the founder of EastLake Community Church in Bothell, Washington, which identifies itself as “an inclusive Christian community where faith is less about a story to be believed as it is a life to be lived.”
In 2015, Meeks announced that he believed a “move of the Spirit” caused him to rethink how he had handled the issue of homosexuality. In the April 8th video released by Upworthy, Meeks—amid clips of profanity usage—noted that he used to shy away from the topic.
“When it came to the conversation around the LGBT community and church policy, or what does the Bible say about homosexuality, I always felt awkward about it. I didn’t want to bring it up,” he explained.

“I felt like I needed to scare people into believing the right thing because the God who loves them is going to send most of human history to Hell,” Meeks said. “That’s the Good News? Sounds pretty [expletive]!”
He outlined that when one of the members of the EastLake worship team came out as a lesbian and feared that she would consequently lose the right to serve, he questioned how he had come across to others.
“[M]y heart broke and I just realized I had been a coward for too long,” Meeks recalled.

He decided that EastLake would therefore be “open and affirming” going forward. However, he knew that the choice would carry consequences and he might lose the congregation.
“I took so many sit-down meetings where people with their open Bible would be like (pointing to the Scriptures),” he said, mocking their insistence to hold to the word of God.
According to the Upworthy video, hundreds left EastLake over the decision, which resulted in the loss of $2.8 million, the layoff of staff and the closure of its campuses.
But despite the backlash, Meeks has not changed his mind.
“I don’t care if the Bible says, ‘Gay people [crude language],'” he declared. “The Bible is pro-slavery, both in the Old Testament and the New Testament. It doesn’t have a very great view of women leading and teaching. I have lots of things I disagree with about the Bible.”
“We’ve decided [the Bible] fell from the sky and now we’ve got to [use] it like a manual for how to run the Earth, how to legislate morality. And that’s not what it is,” Meeks asserted. “If we need to consult an ancient book to know what to do when a human being is in front of us, I think we’re [crude language] already.”
The video has received mixed response from its over one million viewers.
“As a bi-sexual Christian, this is the kind of church we need more of. I only found one that wholeheartedly accepted me and I had to move away so couldn’t continue going there. They also loved me regardless of the fact I had a child out of wedlock as a single mother. Anywhere else I’ve gone has tried to force me to change,” one commenter wrote. “Judgment is not love.”
“Homosexuality is a sin like any other sin. God loves us so much that He doesn’t want us to remain in our sinfulness, but He wants to transform us by the renewing of our minds—to go from glory to glory,” another stated. “We are all born into sin, and homosexuality was not how God created us to be intimate with one another. Any Bible believing, Holy Spirit-filled Christian will come to this conclusion.”
As previously reported, Christians believe that homosexuality—like any sin—is a part of the Adamic sin nature that must be regenerated by the second birth, as Jesus outlined in John 3:5-7, “Verily, verily, I say unto thee, Except a man be born of water and of the Spirit, he cannot enter into the kingdom of God. That which is born of the flesh is flesh; and that which is born of the Spirit is spirit. Marvel not that I said unto thee, Ye must be born again.”
_________________________________________________________

Ryan Meeks announces Eastlake CC's Gay policy
Ignores/Rejects Scripture in Tearful, Heartfelt Apology, Acceptance & Support for LGBT
NOT FOR CHILDREN:
Degenerates Into Filthy Words to Show
How Serious He is About LGBT Rights
"A church where LGBTQ people are accepted
as they are":
LESBIANS STORY OF COMING OUT
IN FEAR OF REPRISALS

Posted by John at 8:02 AM Links to this post