HILLARY LIKELY HAS PARKINSON'S DISEASE
I received the below information from an unnamed source in the law enforcement community. Under today’s date, I received additional information stating a major announcement is forthcoming from the Clinton Campaign on Hillary Clinton’s health matters which have now become of major interest to citizens across the country.
Further released information today from a law enforcement source claims Hillary’s physical condition is deteriorating, and there are serious questions now being raised as to whether or not she is able to continue the campaign.
ALEX JONES network aired a special report today advising they were contacted directly by Secret Service providing details on candidate Clinton (I strongly urge you to listen to the ALEX JONES REPORT on this matter). Over 59% of citizens polled claim they want full and complete verified records released on the matter of her health. This poll result is a major, sobering, and disturbing concern to the Clinton Campaign and the Democrat National Party.
The information below is damaging to Clinton, and alarming to a growing number of Americans. The ALEX JONES REPORT provides supporting information to that mentioned below and directly from Secret Service observing her. I was further given preliminary details strongly suggesting that Hillary Clinton is experiencing “subcortical vascular dementia,” caused by damage to the deep layers of white matter in her brain. This condition is triggered by thickening and narrowing (atherosclerosis) of arteries that feed the subcortical area of the brain. At this juncture it is anyone’s guess whether the hardening of the arteries caused her numerous falls over the past four years or concussions as a result of said falls caused the hardening of the subcortical area of her brain; like the question of which came first, the chicken or the egg? What is of high certainty are the numerous and repetitive presentations becoming extremely difficult to cover-up; slurred speech, forgetfulness, thought confusion, small seizures, slipping and/or additional falling.
These physical symptoms are reasons for a lack of press conferences and very controlled public settings. No cameras with flash are now permitted in close proximity to Hillary, as the flash will trigger seizure activity. Her increased sleep schedule during the week and definitely through weekends may be a direct result of various medications administered to manage the reported Parkinson’s disease and the physical challenges associated with Traumatic Brain Injury secondary to severe concussion and atherosclerosis of arteries to the brain.
Some terribly serious concerns are arising, and possibly to the point that her continuation as a viable candidate for the presidency is now in question – or at least in the very back rooms of Clinton and Democrat politics.

Here is her trained body man seen carrying a diazepam auto-injector after her DNC speech.
Here she is exhibiting involuntary facial movements, tremor, and rigidity, when interrupted by hecklers. Notice how her body man (not a SS agent) gets to her immediately, and tells her to “keep talking” and she immediately snaps out her trance and says “I’m going to keep talking”.
Here she is experiencing diskinesia when startled by a sudden question.
She plays it off as a joke, but her body keeps moving. People are wrongly calling this a “seizure”. This is not a seizure. This is diskinesia. It is a symptom of levodopa treatment for Parkinson’s disease. The diazepam auto-injector her body man carries is a rapid but temporary treatment for the diskinesia if it happens in public. The side-effects of the diazepam treatment are fatigue, muscle weakness, confusion, and difficulty walking.
Were you wondering why hecklers at a rally are a major security concern? It’s because anything startling can trigger her episodes. That’s why her handlers immediately rushed on stage when they saw her freeze up and start making involuntary mouth movements.
Hillary has forbidden press from taking video or photos of her getting on or off her plane. This rule has been in effect for years, even going back to when she was heading the state department. The reason? She often needs to be assisted or even carried up and down the stairs. This has been stated by numerous whistle-blowers, including former SS agents.
If you’re wondering why there aren’t more examples, I will point out that Hillary has held only one press conference (one!) in the last 260 days — unheard of for a presidential candidate. She has made no public appearance that was not under 30 minutes, and entirely scripted, down to the questions asked, since her last debate with Bernie Sanders — during which she took an unscheduled 45 minute “bathroom” break in the middle.
Hillary Clinton is a very sick woman, and is likely dying. She has at least one degenerative disease, and is receiving regular treatments that affect mood, personality, energy level, and the ability to think and reason clearly. She is taking levodopa, valium, and possibly other drugs as well in order to appear normal in public. She is also concealing all of this from the public.
She may in fact be taking so much Valium to offset the levodopa treatment that she is experiencing periodic withdrawals, which would explain her horrible temper and the episodes of rage which have been described by former staffers, SS agents, and assistants.
Anyways, here’s Martin Shkreli, former CEO of Turing Pharmaceuticals, speaking to the point.
Some people have commented on her “coughing fits” and that she might have cancer or something else.
Personally, I think this is also involuntary movement. That crater in her mouth isn’t a chancre caused by stage 2 syphilis, as some have suggested. It’s a lozenge. She has coughing fits. Specifically, involuntary upper respiratory spasm, difficulty swallowing, and inefficacy of normal coughing. These symptoms are consistent with Parkinson’s disease.
Hillary Clinton has Parkinson’s Disease, has had it for a while, is undergoing treatment for it that involves the use of mood-altering drugs, and she is concealing all of this from the public.
LINKS TO PARKINSON DISEASE INFORMATION:
Impaired Efficacy of Cough in Patients With Parkinson Disease
Persistent Cough
Throat Clearing 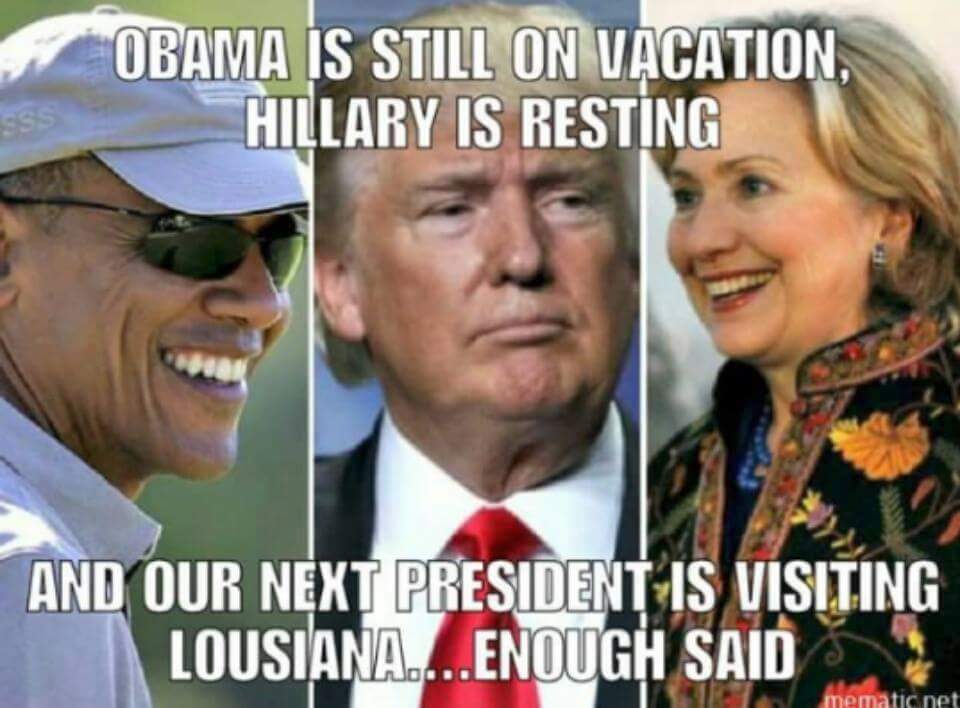 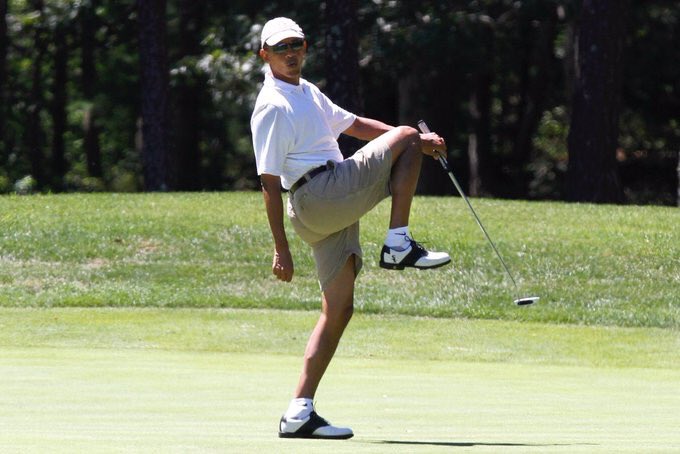 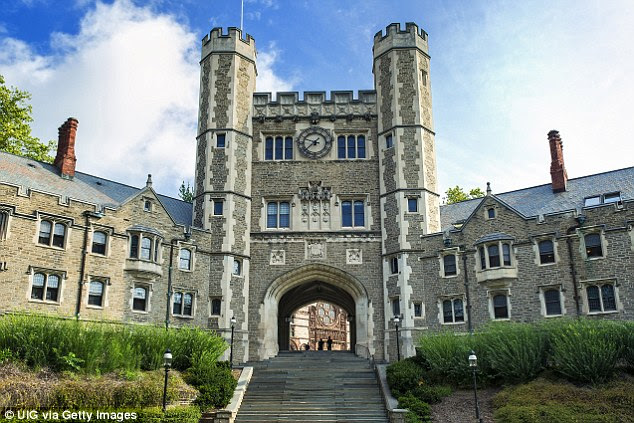 PRINCETON UNIVERSITY DICTATES
GENDER NEUTRAL LANGUAGE
Published on Aug 20, 2016
The elite, ivy league school has rules for what words can be used in documents so that it is not “gender binary” - meaning accepting there are only two genders, male and female. Princeton does not allow these words to be used: freshman, forefather, mankind, layman, man and wife, workmanlike, manpower, etc. Gayle Trotter, Esq. interviewed:

ROBERT SPENCER ON THE WAVE OF JIHAD ATTACKS BY MUSLIM MIGRANTS “Police and politicians said they were unaware of the latest reports but a local councillor said the authorities needed to keep close eye on the situation to ensure the incidents were not repeated.” Not repeated? They’re just beginning — courtesy of Merkel’s Muslim migrant policy.
“Fears of ‘Sharia Police’ and Islamic State support in German city after wave of refugees,” by Simon Osborne, Express, August 13, 2016:

OFFICIALS in the German port of Hamburg are monitoring reports that Muslims posing as ‘Sharia Police’ are carrying out patrols in the city.
Eyewitnesses reported seeing three people wearing burkas and black gloves driving around Hamburg’s Wandsbek district in a black VW.
They said a sticker with an Islamic logo and the words Sharia Police was fastened to the car’s bonnet.
There were also reports of another incident in the Dammtor area of Hamburg where witnesses claim to have seen five to seven masked people sitting in a van.
Islamic and ISIS symbols were said to be hanging from the vehicles rear-view mirrors.
The sighting were similar to incidents reported in thew city of Wuppertal near Düsseldorf where a group of people who wore vests with the words ‘Sharia Police’ urged passersby to stop drinking alcohol and refrain from gambling to ensure strict Islamic moral laws were being observed.
Police and politicians said they were unaware of the latest reports but a local councillor said the authorities needed to keep close eye on the situation to ensure the incidents were not repeated.

Good luck with that.

And her campaign is hiding it from the American people

Board-certified diagnostic radiologist Dr. Milton R. Wolf says that Hillary Clinton has a “serious underlying disease” that her campaign is hiding from the American people.
Wolf, a practicing physician in Kansas City, reached out to Infowars to question why Hillary is being given the blood thinner Coumadin, a drug used to prevent heart attacks, strokes, and blood clots in veins and arteries.
According to Wolf, “Hillary’s doctors know you would NEVER, NEVER give Coumadin to normal, healthy patients. It’s too dangerous,” and that this must mean, “her risk of morbidity/mortality from blood clots without Coumadin must be substantial.”
In his experience, patients who take Coumadin are at risk of “intracranial hemorrhage” and suffer falls “on a regular basis”.
Wolf asserts that Hillary’s diagnosis of sinus thrombosis is only possible if she suffered “massive injuries” as a result of her fall in 2012.
“Her dural sinus thrombosis was absolutely NOT caused by a simple concussion. Not a chance. That was a lie,” he notes, adding that, “Sinus thrombosis is almost always due to serious underlying disease.”
Wolf’s assessment is in line with that of Dr. Drew Pinsky, who told KABC earlier this week that the treatment Hillary is receiving was “bizarre” and that he was “gravely concerned” about her health care.
Although Dr. Wolf is a conservative and ran for the U.S. Senate in 2014, he supported Ted Cruz over Donald Trump during the Republican primaries.
Wolf’s assertion that Clinton has a “serious underlying disease” is at odds with Hillary’s personal physician Lisa Bardack, who claims that Clinton is in good health.
Yesterday, Trump spokeswoman Katrina Pierson questioned why Hillary was taking so much time off and said that she should call a press conference to address the concerns over her health.
The mainstream media continues to parrot Clinton campaign talking points by insisting that a fake document falsely attributed to Bardack means the issue has been “debunked,” despite no serious commentator ever citing the document as proof.
A recent Rasmussen poll found that 59% of Americans want Hillary to release her full medical records, just as the media pressured John McCain to do back in 2008.

BY ALEX NEWMAN
SEE: http://www.thenewamerican.com/usnews/constitution/item/23887-obama-administration-plotting-to-usurp-control-over-elections;
Posted by John at 11:19 AM