GLOBALIST SEAN SPICER: "TOO MANY COOKS IN THE KITCHEN"~BUT DID TRUMP GET AN OFFER HE COULDN'T REFUSE?~SCARAMUCCI AN OPPORTUNISTIC GLOBALIST TOO!

GLOBALIST SEAN SPICER:
"TOO MANY COOKS IN THE KITCHEN"~
BUT DID TRUMP GET AN OFFER HE COULDN'T REFUSE?
Published on Jul 21, 2017
Outgoing White House Press Secretary Sean Spicer gives an interview with Sean Hannity on his resignation. 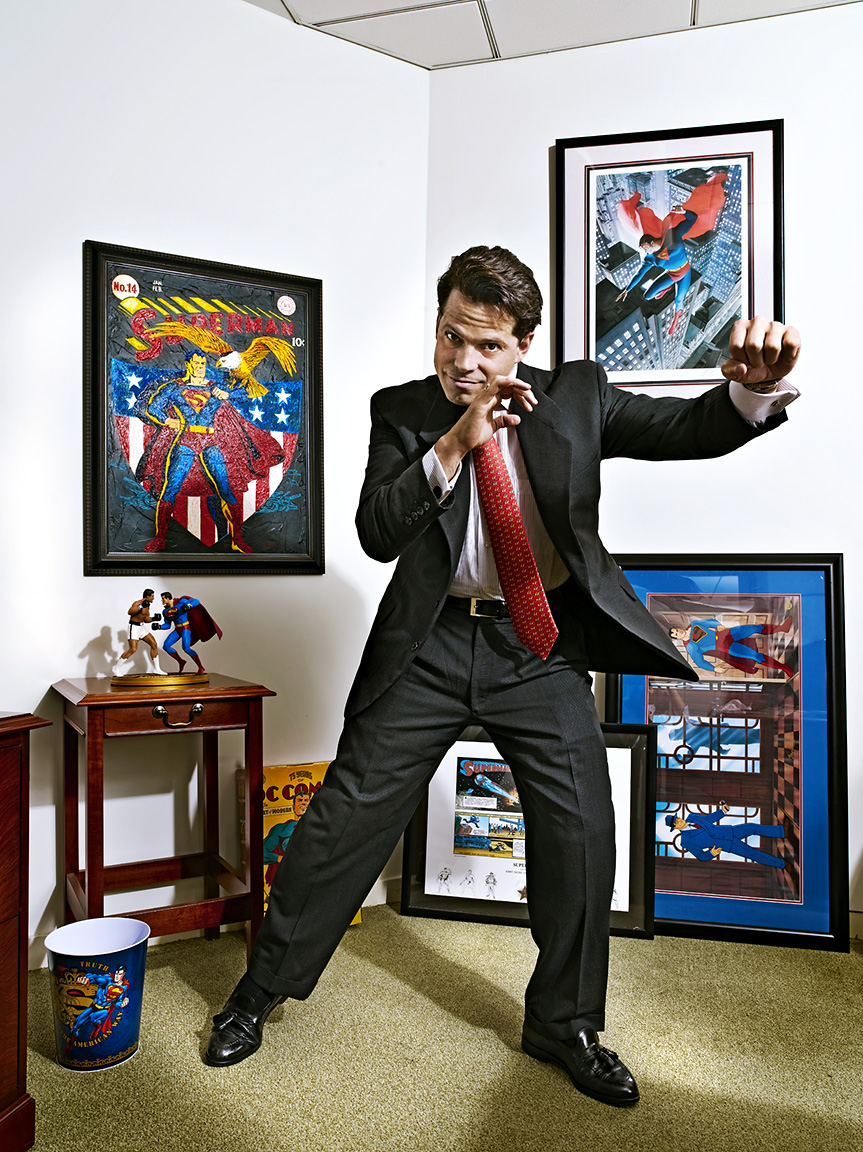 BILL CLINTON WITH SCARAMUCCI AT "SALT" 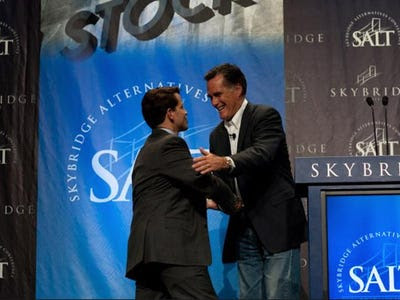 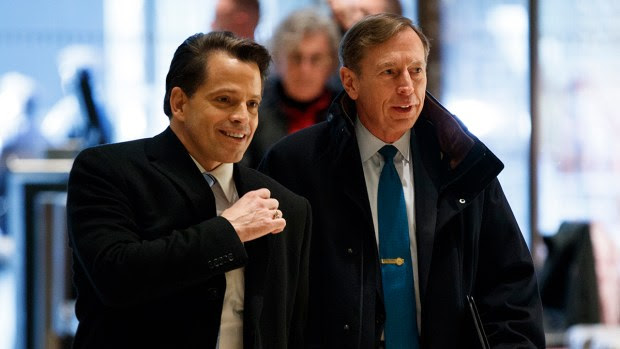 REPUBLICAN, BUT CLINTON, OBAMA, ROMNEY, JEB BUSH SUPPORTER TOO?
QUOTES FROM WIKIPEDIA:
https://en.wikipedia.org/wiki/Anthony_Scaramucci
"Scaramucci was born on January 6, 1964, on Long Island, New York, and had a middle-class upbringing. His father was a construction worker. He graduated in 1982 from Paul D. Schreiber Senior High School in Port Washington. He earned a B.A. in Economics from Tufts University and a J.D. from Harvard Law School.
After graduating from law school, Scaramucci began his career at Goldman Sachs.
In 2005, Scaramucci founded SkyBridge Capital, a global alternative investment firm.
Scaramucci was the chairman of the SkyBridge Alternatives “SALT” Conference, launched in 2009 and held in Las Vegas every spring.
On June 26, 2017, three network investigative journalists: Thomas Frank, Eric Lichtblau, and Lex Haris, resigned from CNN over a retracted Trump-Russia story that connected Scaramucci to a $10 billion Russian investment fund. The network apologized to Scaramucci and stated the online story did not meet their editorial standards. Scaramucci said the original story was not true, and accepted CNN's apology.
In 2008, Scaramucci served as a fundraiser for President Barack Obama.
He is a registered Republican and served as a National Finance Co-Chair for Mitt Romney for President in 2012.
During the 2016 presidential election, Scaramucci first endorsed Scott Walker and later Jeb Bush. In May 2016, after both Walker and Bush had withdrawn from the race, he signed on to Donald Trump's political campaign by joining the Trump Finance Committee.
In November 2016 he was appointed, pending approval, to President-elect Trump's Presidential Transition Team Executive Committee. On January 12, 2017, Scaramucci was named Assistant to President Trump and Director of the White House Office of Public Liaison and Intergovernmental Affairs.
Priebus opposed Scaramucci's appointment because Scaramucci had a direct relationship with Trump.
On March 6, 2017, the White House announced the appointment of Ideagen founder and former CEO George Sifakis as Director for the Office of Public Liaison, instead of Scaramucci."
_________________________________________________________

SEE: http://www.skybridgecapital.com/about-skybridge/managing-partners/
Anthony Scaramucci, Founder of SkyBridge Capital
Anthony Scaramucci is the founder of SkyBridge Capital.
Mr. Scaramucci was the co-host of “Wall Street Week,” the iconic financial television show revived in 2015 currently airing on the Fox Business Network. He is the author of three books: The Little Book of Hedge Funds, Goodbye Gordon Gekko and Hopping Over the Rabbit Hole, a 2016 Wall Street Journal best-seller in the business category.
Prior to founding SkyBridge in 2005, Mr. Scaramucci co-founded investment partnership Oscar Capital Management, which was sold to Neuberger Berman, LLC in 2001.  Earlier, Mr. Scaramucci was a vice president in Private Wealth Management at Goldman Sachs & Co.
In 2016, Mr. Scaramucci was ranked #85 in Worth Magazine’s Power 100: The 100 Most Powerful People in Global Finance. In 2011, he received Ernst & Young’s Entrepreneur Of The Year® – New York Award in the Financial Services category.
Mr. Scaramucci is a member of the Council on Foreign Relations (CFR), vice chair of the Kennedy Center Corporate Fund Board, a board member of The Brain Tumor Foundation and Business Executives for National Security (BENS), and a Trustee of the United States Olympic & Paralympic Foundation. He was a member of the New York City Financial Services Advisory Committee from 2007 to 2012.
In November 2016 he was named to President-elect Trump’s 16-person Presidential Transition Team Executive Committee.
Mr. Scaramucci, a native of Long Island, New York, holds a B.A. in Economics from Tufts University and a J.D. from Harvard Law School.
______________________________________________________

LIBERALS WANT TO KEEP YOU ON THE GOVERNMENT PLANTATION, POOR & CONTROLLABLE

LIBERALS WANT TO KEEP YOU ON THE GOVERNMENT PLANTATION, POOR & CONTROLLABLE
FACEBOOK, GOOGLE, TWITTER CENSORING CONSERVATIVE SPEECH
Published on Jul 21, 2017
Twitter has announced that it will be harsher with punishing peoples' speech when they deem it unacceptable, proving that the liberals want to control the population and be our thought police.
Posted by John at 9:17 AM