FOOT KISSING TO BRING ABOUT RECONCILIATION WITH CATHOLICS? 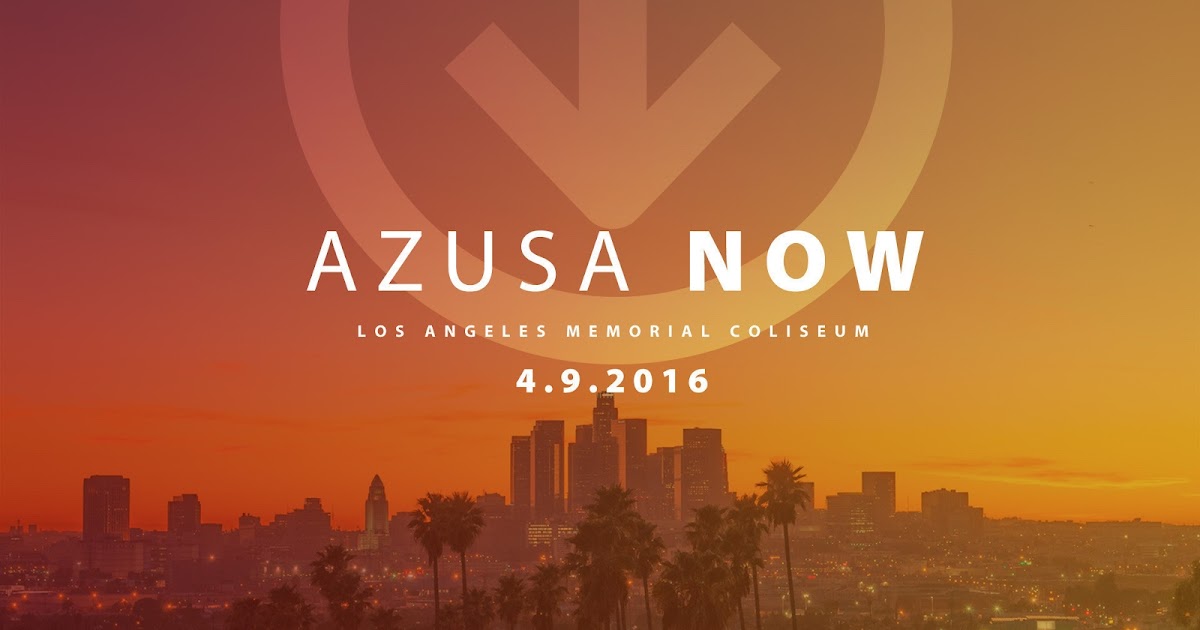 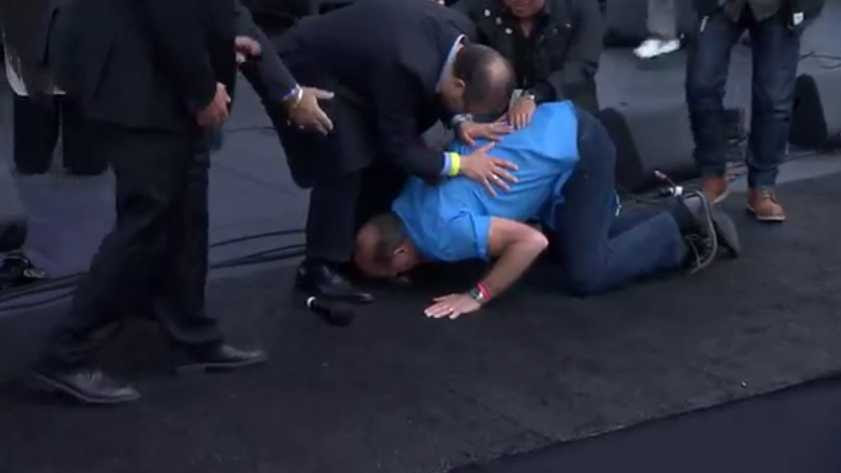 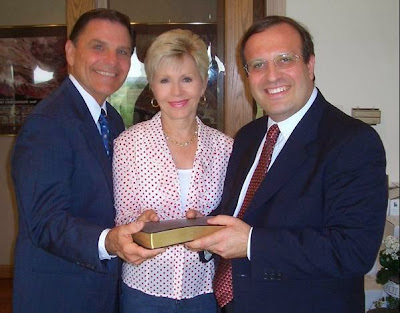 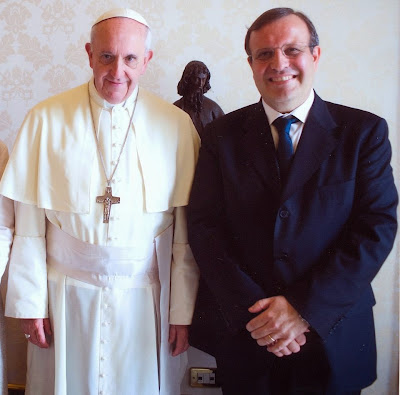 Lou Engle of The Call Kneels, Kisses Foot of Catholic Leader as Act of ‘Reconciliation’

BY HEATHER CLARK
SEE: http://christiannews.net/2016/04/10/lou-engle-of-the-call-prostrates-himself-kisses-foot-of-catholic-leader-as-act-of-reconciliation/; republished below in full unedited for informational, educational, and research purposes:

LOS ANGELES — Lou Engle of The Call is again raising concerns after a Roman Catholic leader prostrated at his feet on Saturday in declaring that he wanted to “kiss his feet” in an act of reconciliation between Christians and Catholics, and Engle returned the act by likewise kissing the man’s shoe.
The gesture took place during “Azusa Now,” an event hosted by The Call, which was attended by over 100,000 people at the Los Angeles Memorial Coliseum.
“Believing that decades of globe-spanning prayer have saturated the heavens, we will boldly ask God for the rain of revival,” a description of the event states. “We will consecrate an entire day—15 hours—for the purpose of unity, miracles, healing, and the proclamation of the gospel.”
Engle had specifically invited Roman Catholics to attend the event.
“We just want to welcome our Catholic brothers and sisters from the Archdiocese of Los Angeles to gather together to pray,” he said in a promotional video. “Come join your brothers and sisters at the Memorial Coliseum believing for a move of unity and an outpouring of the Holy Spirit.”
One segment of the event featured Matteo Calisi, a Roman Catholic leader who had been appointed by “Pope Benedict” to serve on the Pontifical Council for the Laity, and had also served as president of the Catholic Fraternity of Charismatic Covenant Communities and Fellowships. Calisi founded United in Christ, an organization that strives for ecumenism between Christians and Catholics.
During the segment at Azusa Now, Calisi told the audience that division between Christians and Catholics is a “diabolical sin,” and that Jesus “doesn’t care” that Christians and Catholics disagree on biblical doctrine.
“He doesn’t care about our differences,” he said through a translator. “We’re not going to be known by our differences … but for the love we have for one another.”
“We Catholics … we want to ask you Protestants for your forgiveness for not respecting the love of Jesus,” Calisi said. “Please give us your forgiveness and your mercy.”
He stated that he wanted to wash Engle’s feet on stage as a gesture of reconciliation, but since it was not possible, he desired to instead kiss his feet.
“We wanted to, Lou, kiss your feet as Catholics,” Calisi said, to which Engle nodded. “And just honor you with this gesture right now.”
Calisi then laid prostrate Engle’s feet, clutching one foot with his hands. Engle placed both hands upon Calisi’s back as he did so.
When Calisi stood, Engle moments later fell to the ground prostrate at Calisi’s feet and kissed one shoe, as others gathered around to lay hands on them. Calisi then spoke against what he called a “spirit of division” between Christians and Catholics.
While some characterized the gesture as a “tender moment,” others expressed deep concern.
“What’s up with Lou Engle letting the representative of the Catholic Church kiss his feet because it would logistically be impossible to wash his feet?” wrote one man from Brazil. “I seem to remember John falling at the feet of an angel … and the angel freaked out! He yanked John up onto his feet and admonished him for doing so. Worship God!!! was the charge set forth by this angelic being who understands the Kingdom of Heaven!”
“This kind of stuff must stop!!! I don’t care where it happens, the ‘holy environment’ it happens in, to whom the ‘honor’ is bestowed or the intentions behind it I call malarky!” he said.
“Besides all of the bad teaching etc., shame on Lou for letting anyone bow prostrate to him and kiss his feet,” another said. “What a big difference from true, biblical apostles like Paul who tore his garments and corrected such an error. The rampant, false teachings and practices in pockets of the American ‘church,’ makes me feel literally sick to my gut.”
The incident begins at approximately 6 hours 55 minutes into the video.
_______________________________________________________
IN THE NEWS NEWS ALERT

Invitation from Fr. Edward Benioff to attend #AzusaNow
Published on Apr 5, 2016
Fr. Edward Benioff, Director of Evangelization for the Archdiocese of Los Angeles, invites you to attend #AzusaNow on April 9, 2016 in the L.A. Memorial Coliseum to pray for Christian unity and the fulfillment of John 17. Register for free now: majorchange.org/makeusone

Ignite Azusa with Lou Engle
Published on Mar 17, 2016
"31 years ago I read a book called Azusa Street by Frank Bartleman. It imparted fire into my being. A book can shift your life and can shift history. My friend Jen Miskov just wrote a book called Ignite Azusa. We believe this little book will light fires and prepare a people for another great outpouring of the Holy Spirit. So receive this book and as we put our blessing on this book, I want to pray you that you would receive an Impartation of a spirit of revival as you read it. I pray right now that the spirit that was on Azusa, that was on William J. Seymour and that was on Frank Bartleman would be released on those who read. Even now create hunger in their souls, desire and make them instruments of revival. In the name of Jesus, I bless you. Amen." -Lou Engle

Are You Ready to be Ignited with Fresh Fire from Heaven?
We are on the verge of one of the greatest awakenings of all time.

The Azusa Street Revival was not just something that happened over a hundred years ago, it prophesies into our future of what God wants to pour out in an even greater measure today.

Ignite Azusa will reignite your passion for more of God and help position you to step into the fullness of your God-given destiny for such a time as this. For more information and to get discount copies, please visit us at www.silvertogold.com/ignite-azusa/

"Why settle for silver when you're meant for Gold?" -Jennifer A. Miskov, PhD

AZUSA REDUX: LOU ENGLE, GREG LAURIE UNITING DENOMINATIONS?
BY AMY SPREEMAN
SEE: http://www.piratechristian.com/berean-examiner/azusa-redux-lou-engle-greg-laurie-uniting-denominations; republished below in full unedited for informational, educational, and research purposes:
“Can you believe with us that denominations will unite, that the races could come together, that God could make us one, as the antidote to the terrific division in our day? Could you believe with us for stadium Christianity where signs and wonders are breaking out and mass evangelism explodes across our country- the Third Great Awakening?” 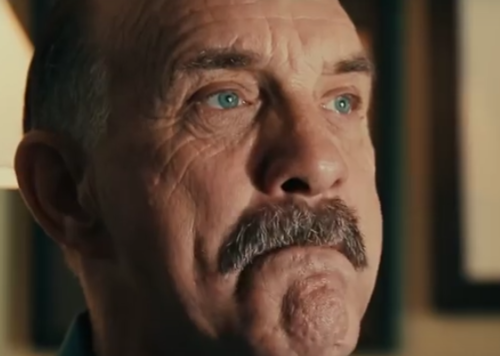 LOU ENGLE
So asks NAR-affiliated false teacher Lou Engle, founder of the "Azusa Now: The Call" set for April 9th at the LA Coliseum.  "We are believing for an outbreak of God's glory that will touch the Lord on this day! If we move together, we can see a shift in the body of Christ, unto a day of greater healings and a great awakening for America!"
When Azusa Now calls all denominations, it includes the Church of Rome:
"In the invisible realm, intercessors of every stripe—evangelical, charismatic, Pentecostal and Catholic—felt the silver cord tremble in our hands. If prayerless vacuums have been responsible for eventually swallowing every previous revival, then the patient wisdom of God has been made plain. The Holy Spirit has preemptively architectured a massive, global Worship-Prayer-and-Missions movement. Could this sustain the next wave in perpetuity unto His return? Since any true awakening brings enormous pressure and conflict, the next great revival now has a global anchor in prayer."  (Source: Charisma Magazine, "Azusa Now: The Power of the Silver Cord Between Heaven and Earth.)
Engle is calling for 120,000 bodies in seats to bring about a huge revival: 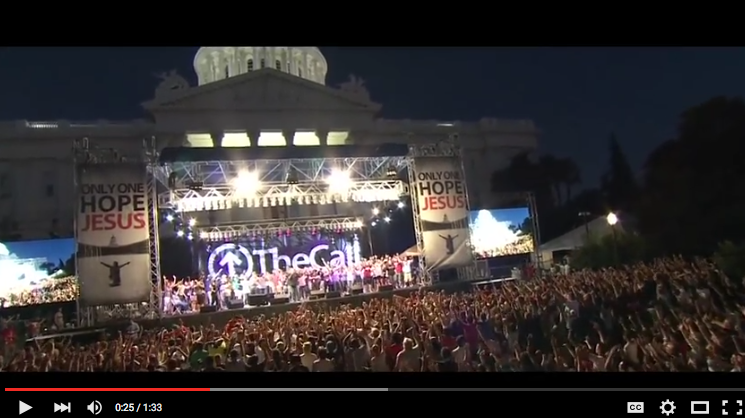 The Bible warned us about this
This might be a good time to remind readers that Jesus never promised a giant outpouring of revival, but rather a giant falling away from the true faith. The Bible does, however, talk about a false revival. 2 Thessalonians 2:1-12 tells us of a coming counterfeit revival before the return of the Lord that will be both of such magnitude as to deceive the whole world and of such persuasion as to mislead, if possible, even the elect.
Who's Lou?
Engle emerged from the Kansas City Prophets and Latter Rain movement, and was a senior leader of IHOP (International House of Prayer).  Engle's Azusa Now signs and wonders revival was inspired by dreams, visions and extra-biblical prophecies. He claims that a friend had a dream telling him to buy 5 plane tickets on United Airlines that would expire 1080 days after the dream. Engle says "United Airlines" represents God's desire for denominational unity. They did some date forecasting, and figured God was telling them to gather people April 9, 2016, the 110th anniversary of the Azusa Street revival. 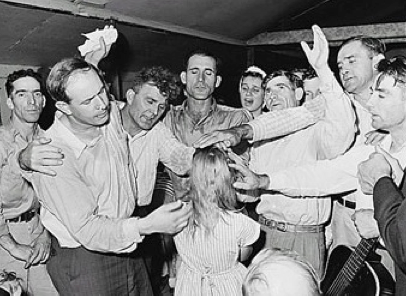 WILLIAM J. SEYMOUR INITIATED HIS HISTORIC PENTECOSTAL REVIVAL MEETING IN LOS ANGELES
Azusa's frightening "signs"
In 1906, the so called "Azusa Revival" kicked off the Pentecostal/Charismatic movement in the United States, with more than 500 million Pentecostal and charismatic believers across the globe - making it the fastest-growing form of Christianity today. Here's what one newspaper reporter observed:
"They cry and make howling noises all day and into the night. They run, jump, shake all over, shout to the top of their voice, spin around in circles, fall out on the sawdust blanketed floor jerking, kicking and rolling all over it. Some of them pass out and do not move for hours as though they were dead. These people appear to be mad, mentally deranged or under a spell. They claim to be filled with the spirit.
Here are two letters provided by Mark Jefferies: In the first, Pastor Greg Laurie and Harvest America recently invited Calvary Chapel pastors to a "Pastor's Brunch" to "Connect and catch the vision for Azusa Now". 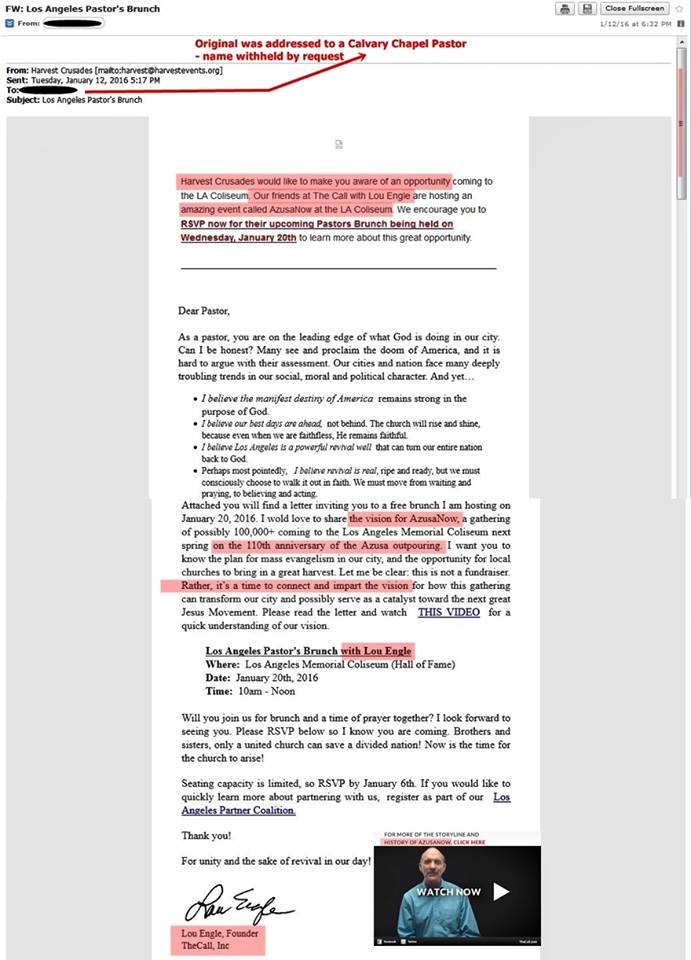 In this previous Harvest letter, leaders are promoting joining with local Catholic churches toward the vision of unity: 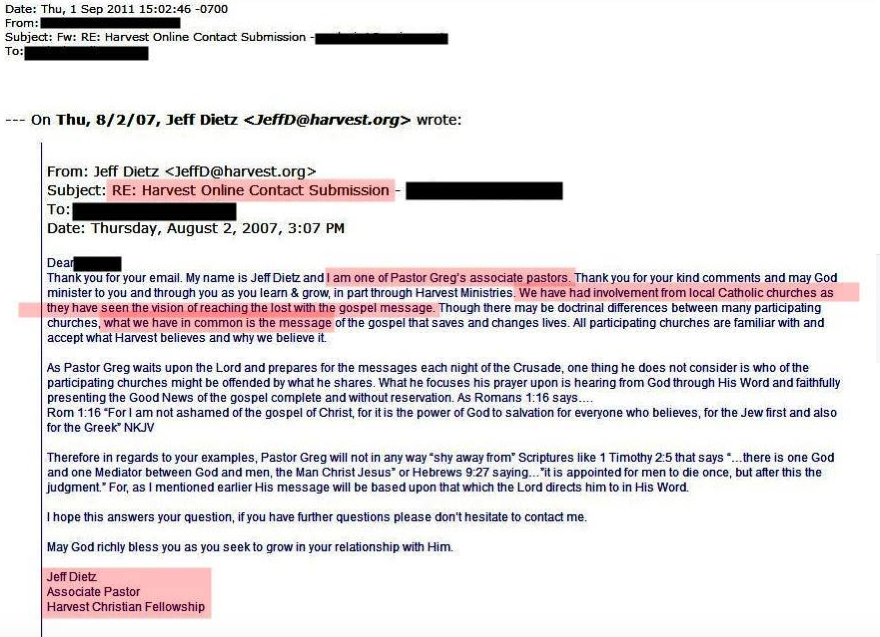 Meanwhile, Engle says that getting youth to fill the stadium is the key to bringing a revival and great harvest of souls that only a "united church" can accomplish: 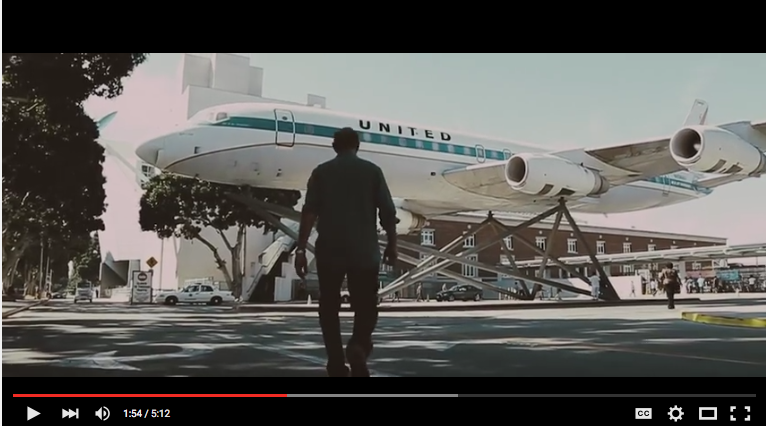 Ahead of this event in April are several significant "pre-rallies" in Des Moines, Iowa and Madison, Wisconsin, headed by Engle and Matt Sorger, who claims to "move powerfully" in signs, wonders and miracles. "Get ready to receive an impartation at the Global Presence Center in Madison."

THE BASICS OF ISLAM: ROBERT SPENCER ON "ISLAMOPHOBIA"

FIRST OF A SERIES
THE BASICS OF ISLAM:
ROBERT SPENCER ON "ISLAMOPHOBIA"

COLORADO REPUBLICANS HAVE NO PRIMARY OR CAUCUS: CRUZ CELEBRATES VICTORY OVER TRUMP; PARTY DISREGARDS WILL OF THE PEOPLE

FURY & OUTRAGE:
REPUBLICANS DECIDE ON THEIR OWN TO PICK CRUZ
COLORADO HAS NO PRIMARY ELECTION OR CAUCUS: CRUZ CELEBRATES VICTORY OVER TRUMP; DISREGARDS WILL OF THE PEOPLE

Future Trends In American Politics
Published on Apr 12, 2016
The GOP establishment prevents Colo. voters from having a primary so the elite can simply pick Ted Cruz as the winner. The Colo. State GOP tweeted out #NeverTrump not long after cancelling the election and party chairman Steve House said they feared “too many Republicans” were getting the chance to pick a candidate - meaning they didn’t want the people choosing Trump in a free election.
http://www.wnd.com/2016/04/trump-erup...
http://www.nydailynews.com/entertainm...

Posted by John at 9:22 AM Links to this post