OBAMA'S AMBASSADORS SPREAD SODOMITE AGENDA THROUGHOUT THE WORLD~SOME COUNTRIES NOT HAPPY WITH LGBT PROPAGANDA; HAVE BEEN VOCALLY OPPOSED TO THE IMPORT OF PERVERSION

SEE: http://the-trumpet-online.com/united-states-spreads-sodomite-agenda-throughout-world/; republished below in full unedited for informational, educational, and research purposes:

Editor’s Note: The mainstream media report that a sodomite pervert who “married” a man and somehow acquired children is an ambassador representing the United States. The corrupt and vile fools who write articles like this present this as perfectly normal, and even noble. Judgment is surely coming soon.
bloomberg.com
Since their December arrival in Vietnam, U.S. Ambassador Ted Osius and his husband have become the most prominent gay couple in the Southeast Asian country.
Osius and Clayton Bond landed with their toddler son shortly before the government abolished its ban on same-sex marriage. Now the couple, who recently adopted an infant girl, find themselves ambassadors of the nascent LGBT rights movement spreading across the country.
“A lot of young people have reached out to me on Facebook, to say: ‘We are happy to see somebody who is gay and is happy in his personal life but also has had professional success’,” Osius said in an interview. “I don’t think of it as advocating as much as supporting Vietnamese civil society in doing what it is already doing.”
The Communist government’s revised marriage law, while not officially recognizing same-sex marriage, and its tolerance of pride events has made Vietnam a leader in gay rights in Southeast Asia, potentially opening up opportunities to attract the tourist “pink dollar” and business executives seeking a more tolerant environment.
Yet young gay Vietnamese say they can be ostracized in a patriarchal society in which heterosexual marriage and parenthood are seen as the path to happiness. The legal changes also sit oddly in a country that more broadly curbs political dissent, Phil Robertson, deputy Asia director at Human Rights Watch, said in an e-mail.
Osius, 53, and Bond frequently appear together at official government gatherings and media events. Osius — who is on his first posting as ambassador and has also worked in Indonesia and India — always introduces his husband and often talks about their children, who are 19 months and five months.
“This is a core interest of ours with regard to human rights,” said Bond, 39. “People see us as an openly gay couple with kids serving our country. I hope people find that inspiring.”

While a small number of celebrities have held same-sex weddings, Osius and Bond are the most prominent gay couple in Vietnam, said Tung Tran, director of ICS, a Ho Chi Minh City-based group that advocates for lesbian, gay, bisexual and transgender rights. They are also embraced by the larger population, reflecting the closer relationship being forged by Hanoi and Washington.
Osius and Bond, who have been married for 10 years, plan to renew their vows before U.S. Supreme Court Associate Justice Ruth Bader Ginsburg during her visit to Hanoi later this month.
“They are the full package,” Tran said by phone. “They are married. They have a family. They are successful. They are our role models.”
Osius, a career diplomat, co-founded GLIFAA, a U.S. association for LGBT employees and families in foreign affairs agencies, in 1992. There are now six openly gay U.S. ambassadors, including Osius, Ambassador to Australia John Berry and Ambassador to Denmark Rufus Gifford, said Regina Jun, president of the group.
Osius’ posting to Vietnam comes amid improved relations between Vietnam and the U.S., former enemies that have shared economic goals and strategic concerns about an increasingly assertive China in the region. Vietnam’s civil society is relatively robust, Osius said, even as its human rights record in other areas remains a hindrance to even warmer ties.

Vietnam held about 125 political prisoners at the end of 2014, fewer than in previous years, in part because of a drop in convictions, according to the U.S. State Department.
“Vietnam is trying to figure out what kind of country it wants to be and it doesn’t want to be China,” Osius said. “There is more openness. There is more inclusiveness in government.”
On gay rights the country has some way to go. Same-sex relationships can be viewed as bringing bad luck to a family, said Luong The Huy, legal officer at the Hanoi-based Institute for Studies of Society, Economy and Environment.
“Families are usually the last people LGBTs come out to,” he said by phone. “The reactions can be harsh. Some are involuntarily treated by medical methods or get locked up in the house.”
The government is also debating transgender rights, said Le Quang Binh, chairman of the institute. This year 25 Viet Pride events will take place across the country, up from 17 in 2014, said Tran of ICS.

In other parts of Southeast Asia including Thailand, the push for gay rights has stalled. Countries such as Brunei and Malaysia can punish those who engage in gay behavior under Sharia law, Robertson said.
In Singapore, sex between men is illegal although rarely prosecuted. The city-state banned a song and video by Taiwanese singer Jolin Tsai’s about same-sex relationships, the Straits Times reported May 26.
“In many ways the region is getting more restrictive,” Jamie Gillen, a researcher of cultural geography at the National University of Singapore, said by phone. “Vietnam is something of an outlier. Vietnam has a live-and-let-live mentality.”
On the evening of July 31, Osius and Bond attended the kick-off of Hanoi’s Viet Pride weekend, which featured a bicycle rally through the heart of the city. He addressed about a hundred Vietnamese in a hall where rainbow banners covered a wall. Speaking in Vietnamese, Osius urged the gathering of young people to simply be who they are.
“This stuff hits right at home,” he said after the speech, tears welling. “Yeah, it hits right at home.”
___________________________________________________________
THE PROPAGANDA
THE TWO DOMINICAN REPUBLIC'S
SAME SEX AMBASSADORS:
JAMAICA

METROPOLITAN COMMUNITY CHURCH Conference: Dr. Daniel Baer,
nominated to ambassador
Published on Jul 3, 2013
Openly gay Dr. Daniel Baer, Deputy Assistant Secretary in the Bureau of Democracy Human Rights and Labor, and who has been nominated by President Obama to serve as U.S. Ambassador to the Organization for Security and Cooperation in Europe (OSCE) based in Vienna, was a featured speaker at the Metropolitan Community Church international convention in Chicago, July 2013. This video is from July 3, during a plenary on global violence, followed by a press conference which included a tribute to the 32 people, including many MCC members, killed 40 years ago in a fire at a New Orleans bar, the UpStairs Lounge, the largest mass murder targeting LGBTs in U.S. history.

The OSCE is a multilateral organization that has a unique security perspective that recognizes that respect for human rights must be a cornerstone of security in our interconnected world. The OSCE brings countries from Asia, Europe and North America together to discuss shared security commitments, including commitments to safeguarding fundamental rights to freedom of association and expression and to respond to hate violence across the region.

Vatican Accused Of Rejecting French Gay Ambassador
Published on Apr 11, 2015
The Vatican's silence on approving an openly gay ambassador from France has some speculating the church may have rejected him because he's gay.

Obama's "Gay" Ambassadors;
A Catholic Perspective From The Philippines
Uploaded on Feb 17, 2012
Obama has managed to drop into various countries the sorriest set of diplomats ever to grace the world stage, and the U.S. Ambassador to the Philippines is no exception.

HARRY THOMAS, U.S. AMBASSADOR, PHILIPPINES THROWS LGBT PARTY AS SOON AS HE WAS APPOINTED
FROM: http://mabuhaycity.com/forums/pinoys-north-america/16726-philippine-gov%92t-admits-lack-numbers-sex-tours.html
"Justice Undersecretary Jose Vicente Salazar on Sunday said there was a need to “verify the accuracy” of US Ambassador Harry Thomas’s claim that two of every five foreign male tourists visited the Philippines for commercial sex." 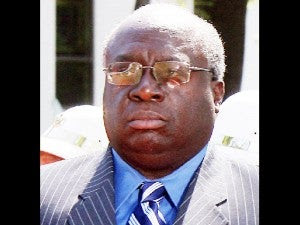 "DOESN'T MATTER WHOM WE LOVE" SPEECH TO PHILIPPINES


A VERY "BREATHY" INTERVIEW IN THE SOUTH CHINA SEA:
HARRY THOMAS 2012:
"A PLACE WHERE CORRUPTION CAN BE RIFE"
COULD THAT CORRUPTION BE IMPORTED BY HIM & OBAMA?


LGBT Organizations in Other Agencies

Posted by John at 8:19 AM Links to this post