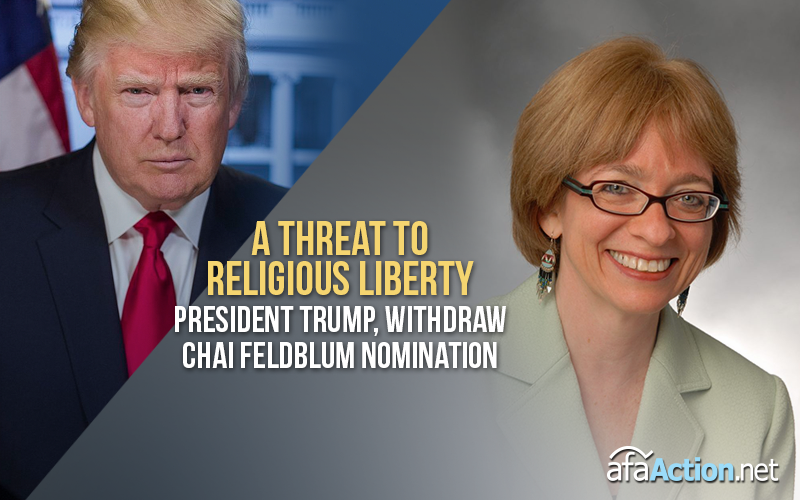 REPUBLICAN SENATOR BLOCKING TRUMP’S NOMINATION OF LGBT ACTIVIST
(Friday Church News Notes, December 28, 2018, www.wayoflife.org, fbns@wayoflife.org, 866-295-4143) -
The following is excerpted from “Sen. Mike Lee Blocks,” CNSNews.com, Dec. 21, 2018: “Senator Mike Lee (R-Utah) is blocking Senate confirmation of President Donald Trump’s nominee to the Equal Employment Opportunity Commission (EEOC), Chai Feldblum, for fear she could threaten religious freedom and traditional marriage. If confirmed, Feldblum, a leftist Democrat and LGBTQ activist who has made controversial comments about religious liberty, would serve her third EEOC term. She was first nominated in 2010 by then-President Barack Obama, and finished her second term in July 2018. Sen. Lee has asserted that Feldblum ‘is no typical Democrat,’ and could curtail ‘the rights of religious Americans.’ ... The EEOC is a bipartisan commission that enforces federal laws prohibiting discrimination against job applicants or employees on the basis of race, sex, religion, color, national origin, age, disability or genetic information. In a 2006 interview with the Weekly Standard, Feldblum suggested sexual liberty was more important than religious liberty, and should be prioritized should the two come into conflict. ‘Sexual liberty should win in most cases,’ Feldblum said. ‘There can be a conflict between religious liberty and sexual liberty, but in almost all cases the sexual liberty should win because that’s the only way that the dignity of gay people can be affirmed in any realistic manner.’ ... Editor-in-Chief of The Daily Wire Ben Shapiro said Feldblum was ‘President Trump’s Worst Federal Nomination’ ... ‘Feldblum should not be anywhere near the levers of power,’ Shapiro wrote. ‘And it’s particularly inexcusable for President Trump and a Republican Congress to reauthorize her presence there.’”
Posted by John at 4:57 PM

CHINESE SCHOOLS FORCE MICROCHIPPED UNIFORMS ON STUDENTS~UNIFORM TRIGGERS ALARM
IF STUDENT SKIPS CLASS
SEE: https://www.infowars.com/chinese-schools-force-microchipped-uniforms-on-students/;
Schools in China are forcing students to wear uniforms with microchips that are capable of tracking them and triggering alarms if they skip class.
The so-called “intelligent uniforms” are part of the Communist Party’s initiative for more “smart campuses,” The Telegraph reports:
Two chips, sown into the shoulders of school jackets, can sustain around 500 wash cycles and temperatures of 150 degrees Celsius, according to the Guizhou Guanyu Technology Company, their manufacturer.
…The uniforms allow teachers and parents to track students’ movement, sending out an alert if they are not present in a lesson.
Facial-recognition scanners at school gates match the chips with the correct student, meaning that any who try to swap jackets in order to bunk off will be caught.

Correspondingly, this news comes on the heels of a report detailing thousands of Swedes volunteering for a more invasive method of microchip implementation.
The Swedes are injecting the chips into their hands to replace credit cards and more, according to wibw.com:
The chip is about the same size as one of the legs on a normal plug and you choose yourself, where you want the chip to be put. Typically, it is placed between the forefinger and the thumb – where you have a little slack skin.
Infowars.com has long reported on the growing trend of megabanks and the global elite pushing for the masses to be injected with computer chips similar to the prophetic “Mark of the Beast.”

THE ANSWER TO RED FLAG GUN LAWS: MANUFACTURE YOUR OWN FIREARMS FOR LIBERTY & SECURITY

THE ANSWER TO RED FLAG GUN LAWS:
MANUFACTURE YOUR OWN FIREARMS
FOR LIBERTY & SECURITY

Resistance News
Published on Dec 27, 2018
Mike Adams advises Infowars listeners to start manufacturing their own firearms in states where it is still legal in order to prevent the government, and their 2nd amendment oversight, from taking all of your guns when they come to take your store registered guns.
Posted by John at 2:47 PM

Resistance News
Published on Dec 27, 2018
Mike Adams praises President Trump for finally ending the unnecessary prohibition on hemp, a very useful crop that can be used for human consumption, but it can also be used for paper products, clothing, and health benefits.
Posted by John at 2:43 PM

UK HOME OFFICE SET TO DEPORT CHRISTIAN WHO HAS BEEN BEATEN & THREATENED WITH DEATH
BY MUSLIMS BACK TO PAKISTAN
BY ROBERT SPENCER
SEE: https://www.jihadwatch.org/2018/12/uk-home-office-set-to-deport-christian-who-has-been-beaten-and-threatened-with-death-by-muslims-back-to-pakistan;
Of course. The Home Office doesn’t want to appear “Islamophobic.” 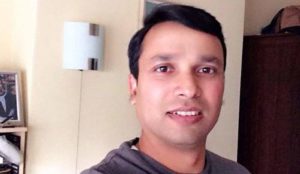 “Christian man ‘beaten and threatened by Islamic extremists’ in Pakistan faces imminent deportation from UK,” by May Bulman, Independent, December 26, 2018:


A Christian man who was allegedly beaten and repeatedly threatened with execution by Islamic extremists in Pakistan is facing imminent deportation from the UK.
A church community in Birmingham has been left shocked after Asher Samson, 41, was detained while attending a weekly signing event with the Home Office in Solihull on 26 November.
Mr Samson told The Independent he was “terrified” at the prospect of being sent back to his home city of Abbottabad in Pakistan.
The 31-year-old first arrived in the UK in 2004 to carry out his theology training in order to become a pastor, but later applied for asylum after receiving threats from Islamic extremists during visits home, he said.
His asylum claim was rejected earlier this year and Mr Samson is now being held in Morton Hall Detention Centre in Lincoln where he has been told he will be deported.
Mr Samson said he has “no one and nowhere to go” in Pakistan, adding: “If they do send me back my life will be really in danger. I’m so scared.
“People know who I am, they know I am a Christian and they have seen me on social media.
“They told me they had booked me a flight and I refused to go. They said next time they will take me by force.”…
Revered Lorraine Shorten, who has known Mr Samson and his brother Aamir for 15 months and is pastor at their church of 10 years, said he was a “well-thought-of” member of the community….
“It’s shameful – we are a Christian country yet we can’t help them. It’s terrifying to send him back there with the situation for Christians in Pakistan.”…
“At home they were threatened and they lived in fear. This is so extremely short-sighted by the Home Office.”…

BOY SCOUTS LOSE 425,000 MEMBERS
AFTER DROPPING "BOY"
SEE: http://the-trumpet-online.com/boy-scouts-lose-425000-members-dropping-boy/;
From Chaplain Gordon Klingenschmidt Newsletter  Dec. 27, 2018
The Boy Scouts lost 425,000 members in one week after changing their name to ‘Scouts,’ reports NeonNettle and the Wall Street Journal.
” Earlier this month, it was revealed that the Boy Scouts of America, the 108-year-old organization synonymous with traditional American values, is on the verge of bankruptcy. A report by the Wall Street Journal revealed that a Chicago law firm, Sidley Austin, has been appointed to handle Chapter 11 bankruptcy filing. Reports of sinking membership have coincided with various controversies surrounding the organization, including the decision to change its name from Boy Scouts to the more ‘gender natural.’
“Scouts BSA in a bid to encourage girls and transgenders to sign up as members. BSA revealed that the name change is scheduled to come into effect in February 2019, yet membership figures show that one week after they announced the switch…425,000 boys rescinded their membership.
“The organization, which has deep roots in American tradition spanning generations, bowed to pressure insisting it become more ‘gender inclusive.’ However, due to the recent news about their membership numbers and bankruptcy filings, it seems as though the Boy Scouts will be gone before they transition to their new name.
” According to the Western Journal, one week after the century-old Boy Scouts of America announced its name was becoming ‘gender fluid,’ its single biggest participant announced that it was cutting ties to the Scouts.
“The Church of Jesus Christ of Latter-day Saints, usually known as the Mormons, announced that it was severing its relationship with the Scouts effective Dec. 31, 2019, according to the Salt Lake Tribune.”
CNS News and Catholic advocate Bill Donohue confirm:” Two things immediately happened: the BSA lost 425,000 members in the month it made the announcement (October 2017), and last month the Girl Scouts sued them as well. Inclusion anyone?
“The biggest headache for the BSA came from homosexual activists. They won the support of the media, higher education, left-wing legal groups, even corporate America. In 2013, the BSA allowed homosexual boys to join and in 2015 it ended its ban on gay adult leaders. In 2017, it yielded again, ruling that biological boys who identify as girls can join. Not much left after that.”
[Dr. Chaps’ comment:  What sad destruction comes to Christian organizations, when they cave in to LGBT demands and refuse to fight for their charter beliefs. Boy Scouts are a harbinger of bad things to come.]
Let’s stand up for Marriage = 1 Man + 1 Woman today. Please sign the peition below.
Boy Scouts go Bankrupt after going Gay
“The Boy Scouts of America is considering filing for bankruptcy protection as it faces dwindling membership and escalating legal costs related to lawsuits over how it handled allegations of sex abuse,” reports Wall Street Journal.
“Leaders of the Boy Scouts, one of the country’s largest youth organizations, have hired law firm Sidley Austin LLP for assistance with a possible chapter 11 bankruptcy filing, according to people familiar with the matter.
“Founded in 1910, the Boy Scouts group says that more than 110 million people have participated in its educational programs, which promote outdoors skills, character-building and leadership.
“The Boy Scouts have been at the center of sexual-abuse scandals in the past, and the organization is facing a number of lawsuits that allege inappropriate conduct by employees or volunteers in incidents dating back as far as the 1960s. Filing for bankruptcy would stop the litigation and would give the nonprofit a chance to negotiate with those who have sued.
“The organization has said that it has never knowingly allowed a sexual predator to work with youth members and has put rules in place to strengthen protections.
“In the annual report, officials said they were ‘aware of threatened and expanding litigation of a similar nature.’ They added that the group’s financial health will also depend on how much of the litigation costs will be covered by insurance.
“The organization has sued its insurers at least twice since 2013, accusing them of failing to cover costs related to previous sex-abuse lawsuits.”
[Dr. Chaps’ comment:  The once Christian Boy Scouts showed weakness by letting adult homose xual scout leaders sleep in tents with underage boys.  Now their lawsuits claiming sexual abuse are bankrupting the charity. If they had a backbone, and simply kept all sin out, they would remain solvent.
Christian parents should send their sons to Royal Rangers instead.]
https://royalrangers.com/
_____________________________________
SEE ALSO: https://www.npr.org/sections/thetwo-way/2018/05/02/607678097/boy-scouts-changing-name-to-scouts-bsa-as-girls-welcomed-into-program
Posted by John at 2:29 PM