TRUMP ATTACK ON SYRIA VIOLATES THE CONSTITUTION & HIS PLEDGES
BY ALEX NEWMAN
SEE: https://www.thenewamerican.com/usnews/foreign-policy/item/25795-trump-attack-on-syria-violates-the-constitution-and-his-pledges;
President Donald Trump's attack on Syria last week was illegal and unconstitutional, legal experts and even many of his leading supporters argued, noting that the Constitution grants war powers to Congress and not the president. The attack was also contrary to Trump's own repeated pledges on the campaign trail to seek a constitutionally required declaration of war prior to launching military interventions abroad. In fact, Trump was a fierce critic of Obama's lawless and unconstitutional military machinations in Syria and the broader Middle East, which was among the key reasons so many Americans rallied behind his campaign. But now, the tables have apparently turned.
The Trump administration used a highly dubious legal explanation to justify its illegal attacks on a sovereign nation that did not attack the United States. “It is in this vital national security interest of the United States to prevent and deter the spread and use of deadly chemical weapons,” Trump said after he ordered the attack, prompting outrage from many of his most loyal supporters. At first, in an unsourced document meant to help his officials answer questions, the administration cited various alleged violations of “international law” by the Assad regime for supposedly using chemical weapons. After the missiles began flying, though, instead of relying on “international law,” the White House legal office improperly invoked Article II of the U.S. Constitution.

War is the parent of armies; from these proceed debts and taxes; and armies, and debts, and taxes are the known instruments for bringing the many under the domination of the few. In war, too, the discretionary power of the Executive is extended; its influence in dealing out offices, honors, and emoluments is multiplied; and all the means of seducing the minds, are added to those of subduing the force, of the people. The same malignant aspect in republicanism may be traced in the inequality of fortunes, and the opportunities of fraud, growing out of a state of war, and in the degeneracy of manners and of morals engendered by both. No nation could preserve its freedom in the midst of continual warfare.
Congress must stand on the Constitution and ensure that no more military scheming takes place without the constitutionally required declaration of war. Trump and every member of Congress took an oath to the Constitution — not nebulous “national interests” or anything else. The American people must ensure that they all adhere to that oath. If the American people truly feel a war is necessary, then Congress should discuss the objectives and vote to declare it. Otherwise, the Constitution demands that the United States stay out.

Was Chemical Attack in Syria a “False Flag”
to Trigger U.S. War?
BY ALEX NEWMAN
SEE: https://www.thenewamerican.com/world-news/asia/item/25785-was-chemical-attack-in-syria-a-false-flag-to-trigger-u-s-war;
While there is no proof yet either way, there are good reasons to at least consider the prospect that the sarin gas attack on civilians in Syria this week could have been a “false flag” operation. The last time Syrian dictator Bashar al Assad supposedly used chemical weapons, the story quickly collapsed under scrutiny. The more likely scenario, according to United Nations investigators and virtually every credible analyst who looked at the 2013 crime, was that globalist-backed jihadist “rebels” used the chemicals in a “false-flag” scheme. The goal: Blame Syrian authorities in a bid to trigger U.S. government intervention against Assad.
Foreign officials and more than a few prominent analysts have suggested the same deception may have just played out once again, albeit more successfully this time. Former Congressman and longtime non-interventionist Ron Paul, for example, declared that there was “zero chance” that Assad had ordered the chemical attack. “It doesn’t make any sense for Assad under these conditions to all of a sudden use poisonous gases,” he said, noting that the situation for Assad and his regime was looking better until the chemical attack this week. In a tweet that sparked headlines around the world, Paul called the attack a “false flag.”
Syrian officials were among the first to allege that a false-flag operation was underway in the chemical attack that killed over 100 civilians in northern Syria this week. In a statement released by the Assad regime's Foreign Ministry, authorities denied responsibility for the deadly attack. Instead, the regime said the gruesome killings with banned weapons were actually a “premeditated action that aimed to justify the launching of a U.S. attack on the Syrian army.” The regime claims it destroyed all its WMDs under United Nations supervision years ago. Russian authorities, allied with Assad, agreed.

White House Source: Trump Pushes Back Against Neo-Con Plan to Invade Syria
Troops massing as deep state plots regime change
SEE: https://www.infowars.com/trump-pushes-back-against-neo-con-plan-to-invade-syria/
Insider Warns Generals Not To Trick America
Into A War In Syria
Published on Apr 10, 2017
Steve Pieczenik joins the Alex Jones to break down why attacking Syria would be a fatal mistakes for the Trump presidency and how it would put him into the hands of the globalists.

H. R. McMaster: Islamic Apologist
Published on Apr 10, 2017
Unlike General Flynn, McMaster is a complete tool of the globalists and a continual apologist for Islam. Doing his best to muddy the water about who the real enemy is.

REVIEW BY INFOWARS SECOND VIDEO BELOW: 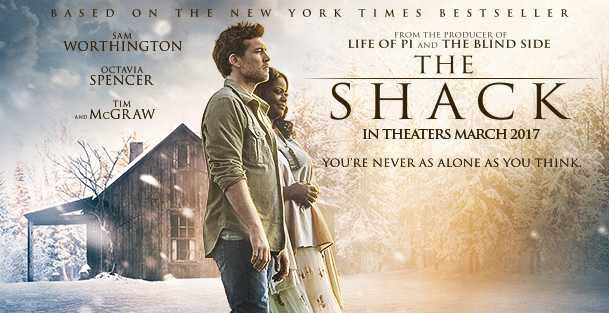 "I HAVE DEEP REGRETS": GRAPHIC ARTIST WHO DESIGNED "SHACK" NOVEL, RENOUNCES BOOK
BY HEATHER CLARK
SEE: http://christiannews.net/2017/04/10/i-have-deep-regrets-graphic-artist-who-designed-shack-novel-renounces-book/;
“[O]ver 10 years ago, I was captivated by the story and felt honored to be part of the graphic creation of the book. I was so drawn into it, wanting to know the God it portrayed,” Dave Aldrich of Aldrich Design posted to social media on Tuesday. “The Shack’s story wonderfully painted this picture to me of an incredibly knowable and loving God, one full of forgiveness, but without being judgmental.”
He said that the novel led him into reading other authors such as Rob Bell and Brian McLaren, and he found himself at the edge of accepting universalist beliefs before he came to realize the danger.
“I thank the Lord that He pulled me back from that edge,” Aldrich wrote.

And while the graphic designer initially liked how God was portrayed as being non-judgmental and all-loving, he now realizes that because God is love, He must judge sin.
“The fact is that there are two inseparable sides to God. He is both love and judge,” he said.
Aldrich states that he now has “deep regrets” over his personal involvement with and promotion of “The Shack.”

“The movie release of ‘The Shack’ has brought all this back to my mind and I felt the need to apologize to all who I may have led astray by my promoting the book,” he wrote. “I look back and see how little discernment I had. And I regret and apologize also for waiting this long to publicly share this.”
And while some may argue that the book and film are just an imaginary story, Aldrich believes—based on the statements of its author—that the work is simply a means to communicate a message.
“Many will still say that the book was intended as just a work of fiction, but the author himself, William Paul Young, is quoted as saying, ‘The Shack is theology. But it is a theology wrapped in a story,'” Aldrich noted.
As previously reported, “The Shack,” released in 2007, is stated to have sold approximately 20 million copies and has been translated into 39 languages. In 2013, Lionsgate Entertainment obtained the rights to turn the book into a film.
“The Shack” tells the story of a man named Mackenzie “Mack” Phillips who faces a crisis while on a family vacation as his youngest daughter Missy is abducted and presumably killed in an abandoned shack. Years later, the grieving father receives a note from “Papa,” who tells Phillips that it has “been a while” and to meet up at the shack the following weekend.
Reluctantly, Phillips returns to the site, where he meets the Godhead—the Father portrayed as a woman named Papa “Elousia,” who later transforms into an elderly man, the Holy Spirit being a young Asian woman with the Hindu name Sarayu, and Jesus as a Jewish carpenter. Together, they seek to help Phillips deal with his faltering faith and to learn to forgive. 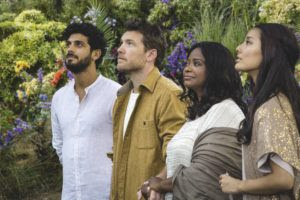 A number of groups have published reports pointing to concerning material in the novel.
“My words are alive and dynamic-full of life and possibility; yours are dead, full of law and fear and judgment. That is why you won’t find the word responsibility in the Scriptures,” God the Father tells Phillips in the story (page 205).
“Honey, I’ve never placed an expectation on you or anyone else. The idea behind expectations requires that someone does not know the future or outcome and is trying to control behavior to get the desired result,” Papa reiterates (page 206).
“Mackenzie, evil is a word we use to describe the absence of good, just as we use the word darkness to describe the absence of light or death to describe the absence of life. Both evil and darkness can only be understood in relation to light and good; they do not have any actual existence,” God the Father outlines (page 136).
“I have followers who were murderers and many who were self-righteous. Some are bankers and bookies, Americans and Iraqis, Jews and Palestinians. I have no desire to make them Christian, but I do want to join them in their transformation into sons and daughters of my Papa, into my brothers and sisters, into My beloved,” Jesus tells Phillips (page 182).
“In Jesus, I have forgiven all humans for their sins against Me, but only some choose relationship,” Papa states (page 225).
Nonetheless, as previously reported, more than 1,000 faith leaders have endorsed the new movie release based on the novel, according to the resource site for “The Shack,” which provides both written and recorded endorsements from many well-known entities.
Leaders and/or representatives of The Salvation Army, Young Life, Family Christian Stores, The Christian Post, K-LOVE, CBN and TBN, as well as celebrities such as Michael W. Smith, Joel Houston of Hillsong United, Gospel artist Tasha Cobbs and Chip and Joanna Gaines of HGTV’s “Fixer Upper” show have backed the film.
The movie has grossed $54 million at the box office to date.