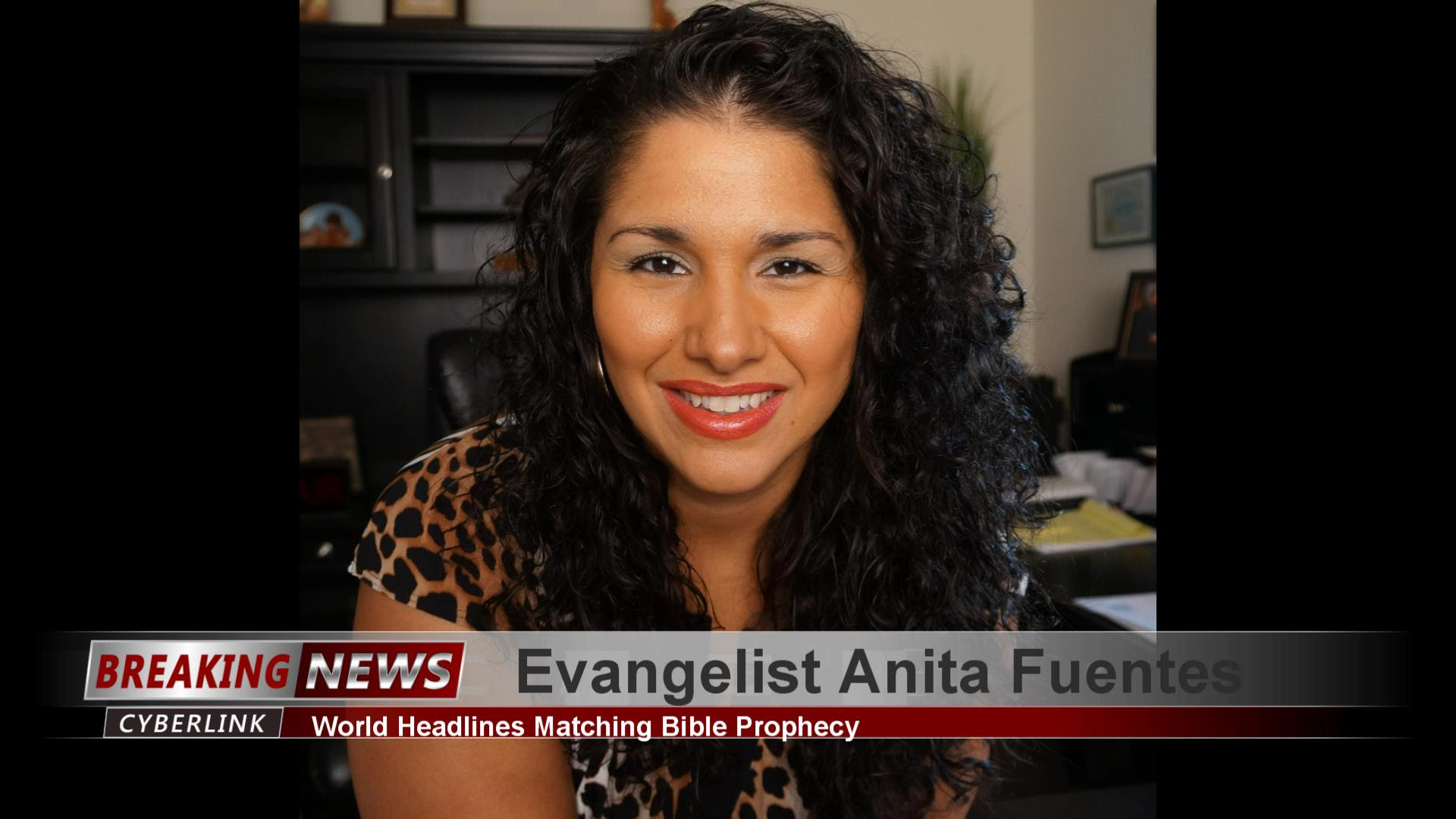 SEE VIDEOS OF ANITA FUENTES, EVANGELIST, THAT YOUTUBE IS PREVENTING

Posted by John at 3:53 PM Links to this post

MANDATORY EBOLA QUARANTINE AT "GOVERNMENT SUPERVISED FACILITIES"~BUT WHERE ARE THEY?

Mandatory Quarantine Facilities Activated in New York for those flying from Africa:

SEE: http://www.thenewamerican.com/usnews/item/19383-ny-nj-provoke-criticism-with-ebola-quarantine;
EXCERPTS:
"On Friday, New York State Governor Andrew Cuomo announced a mandatory 21-day Ebola quarantine on doctors and nurses returning from treating Ebola patients in West Africa. But by Sunday, after the White House had harshly criticized the plan, Cuomo loosened those restrictions.
The announcement of the quarantine last week by both Governor Cuomo and New Jersey Governor Chris Christie came one day after a New York City doctor, Craig Spencer from Doctors Without Borders, was diagnosed with the Ebola virus.
Further criticism followed when Maine nurse Kaci Hickox, returning from Sierra Leone, publicly complained about her mandatory quarantine under New Jersey’s policy, stating that she felt “like a criminal.”
According to Doctors Without Borders, Hickox has been treated poorly, and she claims that the isolation tent in which she spent the weekend outside of Newark’s University Hospital was unheated and that she was dressed in uncomfortable scrubs.
Hickox has reportedly hired Norman Siegel, a civil rights attorney who specializes in cases involving the government, to challenge the New Jersey policy."

OBAMA PLANNING TRIPLE "SUCKER PUNCHES" AFTER YOU'VE VOTED~WILL YOU WAKE FROM YOUR SLUMBER THEN, OR BE STUNNED BY SHOCK?

CONSCIENCE BINDING PASTOR DIGS HIS HEELS IN~IF YOU WON'T BE A "FUNCTIONING MEMBER", YOU WILL BE EXCISED FROM THE BODY~

Job 22:6-"For you have taken pledges from your brother for no reason, And stripped the naked of their clothing."
Job 24:3-"They drive away the donkey of the fatherless; They take the widow's ox as a pledge."
Job 24:9-"Some snatch the fatherless from the breast, And take a pledge from the poor."
Ezekiel 18:12-"If he has oppressed the poor and needy, Robbed by violence, Not restored the pledge, Lifted his eyes to the idols, Or committed abomination;"
Galatians 2:21-"I do not set aside the grace of God; for if righteousness comes through the law, then Christ died in vain."
Mark 7:7-"And in vain they worship Me, Teaching as doctrines the commandments of men."
Matthew 5:37-"But let your ‘Yes’ be ‘Yes,’ and your ‘No,’ ‘No.’ For whatever is more than these is from the evil one."
James 5:12-"But above all things, my brethren, swear not, neither by heaven, neither by the earth, neither by any other oath: but let your yea be yea; and your nay, nay; lest ye fall into condemnation."
MEMBERSHIP 2.0.1 REVISION:
(EXPECT MORE REVISIONS IN DAYS TO COME
AS THE LORD DIRECTS)

UNBIBLICAL CONSCIENCE BINDING PLEDGE #1 OF 6
(FORMERLY COVENANT 1 OF 6):
OATH: "I WILL BE A 'FUNCTIONING' MEMBER";
AN "INACTIVE MEMBER IS
THE ULTIMATE OXYMORON"

WHEN A CHURCH IS NO LONGER FOR BELIEVERS,
AND BECOMES OUTWARD FOCUSED ON COMMUNITY,
IT BECOMES UNSCRIPTURAL & CARNAL
BY CATERING TO THE WORLD
IN MUSIC, WORSHIP, AND MINISTRIES
SEE OUR PREVIOUS POST AT:
http://ratherexposethem.blogspot.com/2014/10/church-membership-covenants-unbiblical.html
SERMON OF OCTOBER 26, 2014:
PASTOR TUTEN OF LIBERTY BAPTIST CHURCH, BEAR, DELAWARE MODIFIES LAST WEEK'S SERMON POINTS, CLAIMING AFTER 6 MONTHS OF PLANNING THAT:
1) HE NEVER MEANT TO USE THE TERM "COVENANT" SIGNING, BUT RATHER HE MEANT "PLEDGE" SIGNING. HOWEVER, ONLINE DICTIONARIES DEFINE PLEDGE AS MORE SERIOUS, INVOLVING GUARANTIES AND/OR WARRANTIES OF PERFORMANCE. IN THE CASE OF LIBERTY BAPTIST IT IMPLIES A:

SEE: http://www.yourdictionary.com/pledge
EXCERPTS: The definition of a pledge is something held as security on a contract, a promise, or a person who is in a trial period before joining an organization. Pledge is defined as to give something as security for a loan, promise, make an agreement, or accept a potential membership.

2) "PLEDGE" MAKING IS SCRIPTURAL, BUT "COVENANT" MAKING IS NOT, ALTHOUGH THERE ARE INSTANCES OF BOTH IN SCRIPTURE; PLEDGES BEING USED IN A MOSTLY NEGATIVE OR PEJORATIVE WAY, EQUATING IT TO SWEARING.
3) HE NEVER INTENDED TO ERADICATE EXISTING MEMBERSHIPS, BUT ONLY TO MAKE THEM BETTER UNDER VERSION 2.0., WHEREIN YOU GET TO CARRY OUT THE ORDERS FROM THE LEADERS, IN A TOP DOWN PYRAMID OF AUTHORITY.
4) CHURCH MEMBERS ARE NOT TO THINK OF THEMSELVES AS BEING ON A CRUISE SHIP, BUT A BATTLESHIP (OBSOLETE). IRRELEVANT TO TODAY'S UNREGENERATE WHO SEE THE CHURCH AS MOSTLY COWARDLY, NON-DOCTRINAL, NON-CONFRONTATIONAL, NOT OFFENSIVE, WHICH ARE THE SALIENT CHARACTERISTICS OF THE EMERGING CHURCH.
5) YOU MAY NOT CRITICIZE LEADERSHIP; YOU MUST SUBSUME YOUR INDIVIDUALITY TO THE FASCIST/SOCIALIST COLLECTIVE, WHETHER IT BE IN THE CHURCH OR IN THE COMMUNITY.
6) YOU WILL FIND THAT THE CHURCH IS NOTHING LIKE IT USED TO BE AFTER IMPLEMENTING THE WARREN/HYBELS/DRUCKER BUSINESS MODEL.
7) YOU CAN KEEP THE SIX (6) PLEDGES YOU SIGN; YOU DON'T HAVE TO TURN THEM IN TO LEADERSHIP. HOWEVER, WE WILL MAINTAIN A DATABASE ON YOU, TAKING NOTE OF EVERYTHING YOU SAY AND DO, FOR OUR BENEFIT AND THAT OF GOVERNMENT. SO DON'T BE "DIVISIVE" BY SHEDDING LIGHT ON OUR APOSTASY AND HERESY. THAT COULD DESTROY THE "CONSENSUS" WE HAVE BUILT WITH THE WORLD AND OUR EXPANSION PLANS FUNDED BY GOVERNMENT MATCHING MONIES. (UNBIBLICAL).

IS THIS WHAT "BATTLESHIP" MEMBERSHIP IS LIKE?
WHERE IS THE BATTLE BEING WAGED THEN?
1 Corinthians 14:8-"For if the trumpet makes an uncertain sound, who will prepare for battle?"

CREATING AN UNFORGETTABLE EMOTIONAL CHURCH "EXPERIENCE" FOR THE COMMUNITY,
BUT MINUS THE GOSPEL
PANDERING TO THE UNREGENERATE
WITH CARNIVAL STYLE EVENTS ONLY TO HELP THEM
"CROSS THE PROPERTY LINE" OF THE CHURCH.

2 Corinthians 6:14-"Do not be unequally yoked together with unbelievers. For what fellowship has righteousness with lawlessness? And what communion has light with darkness?"

SINGING "BREAK EVERY CHAIN"
BUT THEN PUTTING YOU IN CHAINS???
This Sunday, October 26, 2014, pastor George Tuten "treated" those in attendance with his ROCK STYLE/REPETITIVE singing and guitar playing, (Matthew 6:7), not with traditional songs or hymns, but with some of the worst contemporary music in existence. In this case, they were songs by Chris Tomlin (as last week), Matt Redman, and one by Tasha Cobbs' "Break Every Chain".
SEE: http://www.deceptioninthechurch.com/worshipsongratings.html#b
This is called the new paradigm of doing church, i.e., it's not about you, who may already be saved, but to attract the unregenerate with the vile filth of today's ecumenical, Catholic leaning contemporary "Christian"musicians, who have worldly associations.
In case you are not familiar with the above three musicians, here's something you should know about them, after reading:

Tomlin is a former staff member of Austin Stone
Community Church in Texas, which holds the emerging
church philosophy. It has an extremely weak doctrinal
statement that allows the widest possible ecumenical
relationships. Its objective is not just to preach the gospel to
lost souls but to “redeem” the city of Austin, which is
defnitely not what the apostles sought to do in the Roman
Empire.
Tomlin has a close association with Roman Catholicism.
Catholic Matt Maher wrote Tomlin’s hit song “Your Grace
Is Enough,” and Maher and Tomlin co-wrote “Crown Him
(Mastery)” and “Your Grace Is Enough.” Maher’s goal with
his music is to unite “evangelicals” with Roman Catholicism.
He says, “The arms of St Peter’s are really big” (“Catholic
rocker Matt Maher fnds cross-over appeal among
evangelicals,” Religion News Service, May 17, 2013). He says
that God has called him “to write music with Protestants and
be in ministry with them,” and, “What’s fantastic about it is
we’re all Christians from different denominations and we’re
learning to understand each other.”
Tomlin invited Roman Catholic Audrey Assad to perform
on his 2009 Christmas tour and album and sang her song
“Winter Snow” as a duet.
Tomlin supports the Worship Central training school
sponsored by Alpha International, the radically ecumenical
charismatic organization that was birthed from the “laughing
revival” at Holy Trinity Brompton in London. Tere is a
Roman Catholic arm of Alpha. Tomlin says, “Worship
Central is an important and much needed training ground
for today’s leaders. When it comes to leading the church, we
need each other, and Worship Central is a wonderful place to
connect” (www.worshipcentral.org).
Chris Tomlin, “the king of worship music,” is using his
music to build the one-world “church,” and nothing could be
more unscriptural and spiritually dangerous.
Matt Redman:

Matt Redman is one the most infuential names in the
contemporary worship movement. He supports the Worship
Central training school sponsored by Alpha International, the
radically ecumenical charismatic organization that was
birthed from the “laughing revival” at Holy Trinity
Brompton, London, England.
Matt Redman’s radical ecumenism and spiritual
carelessness is evident in that he is scheduled to participate in
the National Worship Leader Conference in 2011. A
prominent speaker at the conference is Leonard Sweet who
promotes a wide variety of New Age heresies. He calls his
universalist-tinged doctrine New Light and “quantum
spirituality” and “the Christ consciousness” and describes it
in terms of “the union of the human with the divine” which is
the “center feature of all the world’s religions” (Quantum
Spirituality, p. 235). He defnes the New Light as “a structure
of human becoming, a channeling of Christ energies through
mind body experience” (Quantum Spirituality, p. 70). Sweet
says that “New Light pastors” hold the doctrine of
“embodiment of God in the very substance of creation” (p.
124). In Carpe Mañana, Sweet says that the earth is as much a
part of the body of Christ as humans and that humanity and
the earth constitutes “a cosmic body of Christ” (p. 124). Sweet
says that some of the “New Light leaders” that have infuenced
his thinking are Matthew Fox, M. Scott Peck, Willis Harman, and
Ken Wilber. These are prominent New Agers who believe in the
divinity of man, as we have documented in the book The New Age
Tower of Babel. Sweet has endorsed The Shack.
In October 2010 Redman participated in the David
Crowder Band’s Fantastical Church Music Conference at
Baylor University. There he joined hands with Rob Bell, who
denies the infallible inspiration of Scripture, believes
practically everyone will be saved, denies the eternal
judgment of hell, and mocks the gospel of salvation through
the blood of Christ.
Tasha Cobbs:

http://tashacobbs.org/about/;
Excerpts:
"More than an artist, Tasha Cobbs is an innovative tool of influence with a passion for mentorship. Resulting from this passion came the launch of the iLead Escape (www.theiLeadEscape.com), a global ministry mentorship program that aids 2,000 mentees in sharpening the knowledge and execution of their gifts. In addition to this program, Tasha extended the reach of her mentorship with her debut book, WORSHIP 101, a manual that revisits the basics of worship.
On Monday, October 13th, 2014, thousands from near and far gathered for the live recording of her sophomore project with Motown Gospel/Universal CMG as she documented a body of work, that although done in the same vein of GRACE, will certainly stand alone because of its progressive and crossover approach."
Singing at Women Thou Art Loosed 2012 “Break Every Chain":

IF YOU COULDN'T MAKE SENSE OF THE ABOVE, YOU WON'T MAKE OUT ANY BETTER BELOW WHICH MORE CLOSELY RESEMBLES HOW PASTOR TUTEN SANG THIS BRAIN NUMBING REPETITIVE IDIOTIC MUSIC; IN THIS CASE IT IS SUNG BY THE JESUS CULTURE GROUP WHICH IS ASSOCIATED WITH THE DOMINIONIST NEW APOSTOLIC REFORMATION MOVEMENT, BILL JOHNSON'S BETHEL CHURCH IN CALIFORNIA, (SEE: http://ratherexposethem.blogspot.com/2013/07/dominionist-pentecostal-cindy-jacobs.html, and http://ratherexposethem.blogspot.com/2012/12/new-apostolic-reformationthird.html)
AND IN PARTICULAR MORNINGSTAR MINISTRIES:

Trunk or Treat Family Night; They Took Food & Candy, Then Left Without The Gospel?

Tuten doesn't say if the gospel was preached, tracts given out, or anyone witnessed.

"Everyone is welcome to join us Saturday, October 25 at 6pm! Children and families are invited to our 1st ever “Trunk or Treat” at LBC."

HOW "SAFE" IS THIS TO YOUR ETERNAL SOUL?

"Trunk or Treat is a safe environment where children can walk to over 30 decorated vehicles and collect candy. This event also includes the following activities FREE: hayride, food, photo booth, campfire and marshmallows, fire truck, a visit from the Chick-fil-A cow (6:00-6:30), games and lots more.

We look forward to seeing YOU there. Oh, and don’t forget to wear your costumes!"

(LIKE WE DO INSIDE THE CHURCH EVERY SUNDAY, HA HA)

Posted by John at 8:24 AM Links to this post