OBAMA IS FIRST SITTING U.S. PRESIDENT TO POSE FOR COVER OF A PRO-HOMOSEXUAL MAGAZINE

OBAMA IS FIRST SITTING U.S. PRESIDENT TO POSE FOR COVER OF A PRO-HOMOSEXUAL MAGAZINE
(Friday Church News Notes, November 27, 2015,
www.wayoflife.org, fbns@wayoflife.org, 866-295-4143) - SEE: http://www.wayoflife.org/friday_church_news/16_48.php; republished below in full unedited for informational, educational, and research purposes:
Barack Obama has made history again by being the first U.S. president to be featured on the cover of a homosexual activist magazine. He appears on the December cover of Out magazine as “Ally of the Year.” The magazine says, “The 44th President of the United States ... [has helped] us secure marriage equality, among other landmark initiatives that are transforming our place in America.” This is true. Obama is transforming the place of homosexuality in America, and it has spelled persecution for Bible-believing Christians. Obama has framed homosexual rights as civil rights, equating it with equal rights for blacks. But homosexuality is not a skin color; it is a moral act. It is an act that is condemned by the Bible as unnatural and sinful. “For this cause God gave them up unto vile affections: for even their women did change the natural use into that which is against nature: And likewise also the men, leaving the natural use of the woman, burned in their lust one toward another; men with men working that which is unseemly, and receiving in themselves that recompense of their error which was meet” (Romans 1:26-27).
______________________________________________________________ 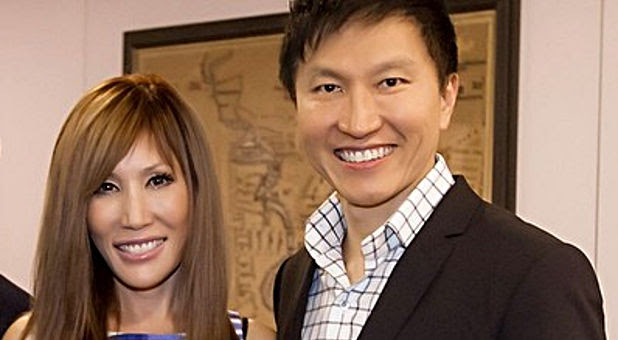 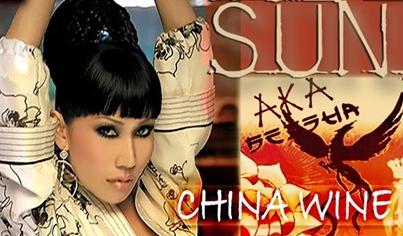 All six accused had been found guilty on Oct 21 of misappropriating $24 million in church funds, funnelling them into bogus investments that funded the singing career of Kong's wife, Ms Ho Yeow Sun. Later, a further $26 million was used to cover their tracks.

Judge See Kee Oon said he had agreed with the prosecution's call for general deterrence, but he said he was mindful that did not mean "disproportionately crushing sentences".

He also highlighted the unique nature of this case - those found guilty did not enjoy personal gain and believed that they were fulfilling the objective of the church. As Kong was the overall spiritual leader and prime mover and driver of the Crossover Project - the church's attempt to use Ms Ho's pop career to evangelise - he should be held most culpable, the judge said.

As for Chew, Judge See said Tan Ye Peng, Wee and Lam all relied on him.

Their sentences will start on Jan 11 next year.

After the sentencing, the church's senior leadership issued a statement on their website and on Facebook thanking the congregation for their support: "We want to thank each and every one of you, our church members, for demonstrating such strength and unity throughout all these years, and particularly in these last few extremely difficult months. We ask you to remember and hold close to your heart the call of God upon City Harvest Church.

"We have learned lately what it means to have faith, trust and rest in God—let us put what we have learned to practice. Let’s band together to fulfill the heavenly calling for us through CHC 2.0."

The statement also asked supporters to pray for the six leaders who were sentenced.

"Let us continue to pray for the six and their families as they prepare for this next step in the legal process. May God grant them grace and the peace that surpasses understanding," the statement added.

Both the defence and prosecution of the case made their final arguments earlier in the morning, ahead of the sentencing of the six church leaders at 3pm.

The prosecution had earlier asked for stiff sentences for all of them.

It had recommended a jail sentence of 11 to 12 years each for Kong, Tan Ye Peng, Wee and Chew.

For Lam, the prosecution asked for a jail sentence of eight to nine years, and six years for Sharon Tan.

A maximum cumulative sentence of 20 years could have been imposed on the accused, in addition to a fine.

A queue of about 50 people formed overnight outside the State Courts - the first person had started queueing at 10.30pm on Thursday - as church members turned up in a show of support for their leaders. By 7am, there were about 66 people in the queue.

Chew and Lam were the first to arrive just after 9am. They were followed closely by the other four. Kong, usually accompanied by his wife, arrived alone.

The session began at 9.45am in a packed courtroom, with lawyers for each of the six church leaders taking turns to submit their clients' final oral arguments.

n response, Deputy Public Prosecutor Christopher Ong listed four aggravating factors in the case, chief among them the fact that CHC - as a large registry entrusted with millions in members' donations - had betrayed public trust and the trust of its donors.

The prosecution also found that the offences committed were "premeditated and carefully planned", and they were subsequently covered up with numerous cunning deceptions to avoid detection.

DPP Ong went on to refute the mitigating factors put forth by the defence, stating that the good character of the six accused was not relevant in this case given the seriousness of the offences.

The argument that no personal gain was made and that the church did not suffer any losses also does not apply, he added.

On Kong's claim that he was remorseful, DPP Ong said Kong had not actually apologised for his role in the offences, and a confession letter he had tendered was filled with excuses in an attempt to shirk responsibility.

(Friday Church News Notes, November 27, 2015,
www.wayoflife.org, fbns@wayoflife.org, 866-295-4143) - SEE: http://www.wayoflife.org/friday_church_news/16_48.php;
Kong Hee, founder and senior pastor of a Pentecostal megachurch in Singapore, has been sentenced to eight years in prison for misappropriating church funds to support his wife’s pop singing career. Five other church leaders were given sentences ranging from 21 months to six years. The sum misappropriated by the leaders of City Harvest Church (CHC) was a whopping $35 million. Corruption of this magnitude is rare in this city state which has a well-deserved reputation for law and order. Leave it to a charismatic pastor to set the bar of corruption high and make Christianity a laughing-stock before the entire nation! The pop singer, Ho Yeow Sun, was recently ordained as a pastor of the church. She will be able to carry on the family business while her husband is in prison. Michael Scales of New York’s Christian College performed her ordination, speaking the nonsensical words, “I pray when she speaks, fire will come out of her belly.” Ho Sun is a popular Chinese pop singer who lives a pop star’s lifestyle, complete with immodest dress, champagne parties, and very sensual rock videos. A friend who provides information that helps with my research said, “I looked at a few of her videos but could not present them because of their vile content.” A Baptist pastor friend in Singapore wrote, “It was just last weekend that I came to know that her horrible and slutty music video (‘China Wine’) was actually aired live in church at CHC when it first came out. It is hard to imagine any husband willingly showing off his wife in church dressed like a whore, dancing like one, and worse, a pastor’s wife.” Kong Hee and other leaders of City Harvest who have been convicted in Singapore’s no-nonsense courts still proclaim their innocence, though it was proven that they put millions of dollars into sham bond investments and tried to hide their deeds from the law. According to the Gospel Herald for Oct. 29, 2015, the church is standing with its crooked leaders (“City Harvest Founder Kong Hee Thanks Congregation for ‘Grace and Love’ as Wife Sun Ho Is Ordained as Pastor,” Oct. 29, 2015). This demonstrates a lack of integrity across the entire congregation. They have been blinded and morally numbed by a heaping dose of mindless demonic mysticism served up through rock music, charismatic experiences, and false doctrine. Kong Hee follows in the footsteps of many other prominent Pentecostal-Charismatic leaders who have brought reproach upon the name of Jesus Christ before a mocking world, as we have documented extensively in the book The Pentecostal-Charismatic Movements: The History and the Error. Last year, David Yonggi Cho, founder of Yoido Full Gospel Church in Seoul, South Korea, long billed as the world’s largest church, was sentenced to three years for breach of trust and corruption (“David Yonggi Cho,” The Gospel Herald, Feb. 21, 2014). Cho, one of Kong Hee’s mentors, was found guilty of causing $12 million in losses to the church by having officials buy stocks owned by his eldest son, Cho Hee-jun, at nearly four times market value. David Cho’s three-year sentence was suspended because of his age and prominence, but he was ordered to pay a penalty of US $4.7 million, and Cho Hee-jun’s three-year sentence was not suspended.
_________________________________________________________________
SEE OUR PREVIOUS POSTS:
http://ratherexposethem.blogspot.com/2013/08/kong-hee-sun-ho-court.html
http://ratherexposethem.blogspot.com/2013/10/city-harvest-church-singapore-pagan-not.html
http://ratherexposethem.blogspot.com/2014/03/yonggi-cho-convicted-of-embezzlement-in.html
http://ratherexposethem.blogspot.com/2014/06/recent-pentecostal-scandals.html
________________________________________________________


Why Did You Throw Me To The Dogs, Lord?
Emotional Manipulation; Comparing Himself To Jesus Going To The Cross

Stealing $36 Million of Church Funds To Fund His Wife's Sexy Pop Music Career, So She Can Build Schools in China?
But What About the Lavish Personal Expenditures, Like Luxury Real Estate, Fashion, etc.?