SEE: http://www.thenewamerican.com/usnews/crime/item/18582-report-militarized-police-treating-citizens-as-wartime-enemies;
EXCERPT:
"As the number of troop-heavy foreign interventions decreases, the warcraft and weaponry used in battle are now being deployed in neighborhoods as members and machines of law enforcement become increasingly indistinguishable from those of the military.
This is the situation as revealed in a new report published by the American Civil Liberties Union (ACLU) entitled “War Comes Home: The Excessive Militarization of American Policing.”"
SUPREME COURT REFUSES CHALLENGE
TO NDAA'S
INDEFINITE DETENTION OF AMERICANS
SEE: http://www.infowars.com/supreme-court-refuses-challenge-to-ndaa-indefinite-detention-of-americans/;
EXCERPTS:
"The Supreme Court has declined to hear an appeal against the clause of the 2012 National Defense Authorization Act (NDAA) which, the plaintiffs argue, allows for indefinite detention of Americans by the military."
"In a statement, Tangerine Bolen, one of the plaintiffs said “We are no longer a nation ruled by laws.”"
"“We are nation ruled by men who have so steeped themselves in a false narrative that at the same time they are exponentially increasing the ranks of terrorists, they are destroying the rule of law itself. It is madness upon madness—the classic tale of becoming the evil you purport to fight while believing you remain righteous.” Bolen added."

SEE: http://www.thenewamerican.com/usnews/constitution/item/18165-supreme-court-refuses-to-hear-case-against-ndaa-unlawful-detention;
EXCERPT:
"The silence from the Supreme Court is deafening. The Rutherford Institute, which supports Hedges, issued a statement following the Supreme Court’s announcement that it would let the appeals court’s ruling stand:
In refusing to hear a legal challenge to the indefinite detention provision of the National Defense Authorization Act of 2012 (NDAA), the United States Supreme Court has affirmed that the President and the U.S. military can arrest and indefinitely detain individuals, including American citizens. By denying without comment a petition for review inHedges v. Obama, the high court ... let stand a lower court ruling empowering the President to use “all necessary and appropriate force” to indefinitely detain persons associated with or “suspected” of aiding terrorist organizations.
John Whitehead, head of Rutherford, added:
What the NDAA does is open the door for the government to detain as a threat to national security anyone viewed as a troublemaker.
According to government guidelines for identifying domestic extremists — a word used interchangeably with terrorists — [the law] applies to anyone exercising their First Amendment rights in order to criticize the government."
_________________________________________________________-
PENNSYLVANIA SUPREME COURT RULES COPS
NO LONGER NEED WARRANTS TO SEARCH VEHICLES
SEE: http://www.infowars.com/pennsylvania-cops-no-longer-need-warrants-to-search-vehicles/;
EXCERPTS:
"Pennsylvania’s Supreme Court has ruled police officers in the Commonwealth are no longer required to obtain a warrant prior to searching a vehicle, a decision that essentially overturns the protections enumerated in the Fourth Amendment of the U.S. Constitution and in Pennsylvania’s own state constitution."
"However, in her dissenting opinion, Justice Debra McCloskey Todd rightly noted the ruling “heedlessly contravenes over 225 years of unyielding protection against unreasonable search and seizure which our people have enjoyed as their birthright.” Todd also called the decision “diametrically contrary to the deep historical and legal traditions” of Pennsylvania, according toAssociated Press."
________________________________________________________
SHOCK VIDEOS OF POLICE EXECUTIONS IN PUBLIC: 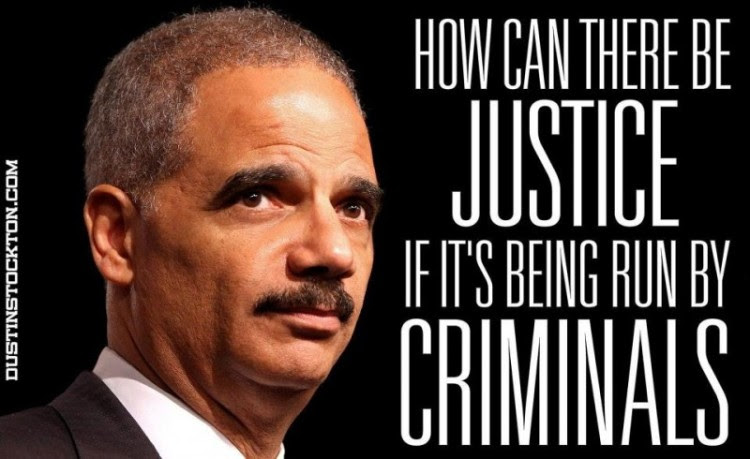 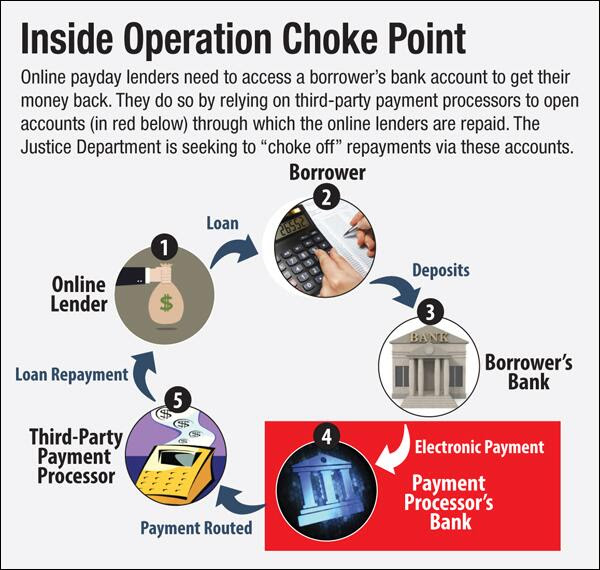 SEE: http://www.infowars.com/holders-latest-scandal-doj-now-pressuring-banks-to-refuse-service-to-gun-stores/;
EXCERPTS:
"Comment from Alex Jones: This is a classic example of criminal racketeering. Holder is shutting down businesses just like the Nazis targeted the assets and later the companies of Jews in the 1930′s. The DoJ has been caught shipping guns to drug dealers, terrorists and gang members in Mexico under Fast and Furious, yet Holder is targeting legitimate, lawful gun shops. This is completely outside of the law and resembles the behavior of a dictatorship. Impeachment proceedings must begin immediately."
The businesses targeted follow a 2011 Federal Deposit Insurance Corporation bulletin which lists all of the above legal activities and others as “merchant categories that have been associated with high-risk activity” involving “disreputable merchants.”
SEE FDIC BULLETIN:
http://www.fdic.gov/regulations/examinations/supervisory/insights/sisum11/managing.html
EXCERPT: