AT PLAYLAND, FLUSHES AWAY MORALS;

PUTS GUESTS AT RISK OF PERVERTS LOOKING FOR FUN IN BATHROOMS 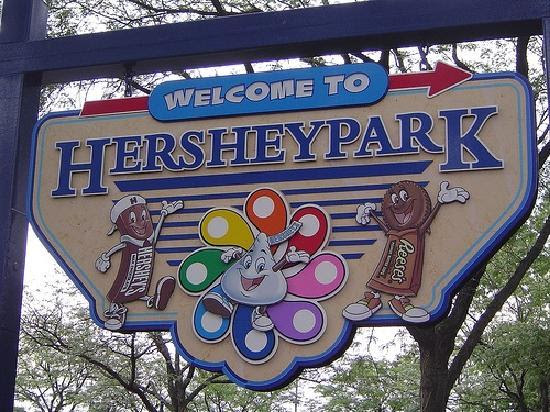 to Allowing Men Who Identify as Women

to Use Women’s Restrooms

BY HEATHER CLARK
SEE: http://christiannews.net/2016/05/22/hersheypark-announces-commitment-to-allowing-men-who-identify-as-women-to-use-womens-restrooms/; republished below in full unedited for informational, educational, and research purposes:

HERSHEY, Pa. — A Pennsylvania amusement park that is a popular attraction for families with children has announced that its internal policies allow visitors and employees to use the restroom that correlates with their “gender identity.”
Hersheypark officials released a statement on Friday outlining that its restroom accommodations have already been in place and will continue.
“We recognize that the more perspectives we have within our company, the more welcoming we are to all those who visit and seek employment here,” said Public Relations Manager Kathy Burrows. “In fact, our company has four core values, one of which is ‘respectful of others,’ which we define as treating all people with dignity, while respecting their differences and ideas.”
“For decades, Hersheypark has been dedicated to the safety and security of our guest and employees. It is foundational to our brand,” she continued. “Additionally, the Park has and will always strive to accommodate all guests and employees—including members of the LGBT community—to ensure those visiting or working at Hersheypark are comfortable and feel secure.”
Burrows then outlined that visitors and employees may therefore use whichever restroom correlates with their gender identity, or may use a family restroom if they prefer.
“To that end, the park will continue its practice of treating all guests and employees the same no matter race, ethnicity, sexual identity, etc.,” she said. “Guests and employees may continue to use the restrooms with which they gender-identify, or are welcome to use the many family restrooms available across the destination.”
Reaction to the announcement has been mixed, with some praising Hershey’s policy and others threatening not to frequent the famed amusement park.
“Hershey has stood behind the philosophy of diversity and inclusion for many years and you’re just learning about this now in light of recent events. I am a former employee in administration and this is nothing new. Has it negatively impacted your life in any way before? Don’t expect much to change now,” wrote commenter Toni Arnette under PennLive’s report of the matter.
“As a former Milton Hershey student, I can guarantee you you that Mr. Hershey would not approve of this being allowed to go on,” commenter Keith Stevens opined. “What gender God created you is what bathroom you should be using. This nation was built upon morals and biblical principles, which is exactly why this nation became the most powerful and wealthiest in the world ever, and our government has been slowly destroying it.”
Michael Geer, the president of the Pennsylvania Family Institute, likewise relayed that the national discussion on restroom use has generated much concern.
“Ultimately, what this Hershey policy and what Target’s policies and what these laws are saying is anybody can have access to any restroom they want based on what they think is in their head,” he told local television station WHTM. “Most people that we talk to, especially women, are very concerned about who is going to come in behind them.”
“To go this far, following pressure from outside groups, I think it will cause many families to wonder if Hersheypark is going to be on their destination list this year,” he said.
But Andy Hoover, legislative director of the American Civil Liberties Union of Pennsylvania, said that he thought the policy would actually be beneficial for business.
“Businesses recognize that to be competitive they have to be welcoming and open to everyone, and that’s exactly what Hersheypark is doing here,” he said.
_______________________________________________________

ARE WE SAFE AT HERSHEYPARK???? WHY???
"GENDER FLUID" BATHROOM POLICY COMES OUT

Posted by John at 1:32 PM Links to this post

40,000 Christians persecuted by Muslims…
in Germany
BY ROBERT SPENCER
SEE: https://www.jihadwatch.org/2016/05/40000-christians-persecuted-by-muslims-in-germany; republished below in full unedited for informational, educational, and research purposes:

A hint of what’s to come for Germany and Europe in general. Do German authorities really believe that these migrants will settle down and become loyal and productive citizens?
“40,000 Christians Persecuted By Muslims In Germany,” by Chris Tomlinson, Breitbart, May 10, 2016 (thanks to Filip):
A new study shows that potentially thousands of Christians have been attacked and harassed in German migrant homes by Muslim guards and fellow migrants.

Multiple human rights organizations are warning the German government of the conditions that Christians in asylum homes are being subjected to. One organization in particular has chronicled 231 specific cases of the harassment of Christians by Muslim migrants and Muslim security guards in asylum homes.
Open Doors is a humanitarian relief organization that specializes in helping Christians who are persecuted worldwide. Markus Rode, a member of the group, said that the study is only “the tip of the iceberg” and called for more action to address the problem Frankfurter Allgemeine reports.
The report from Open Doors chronicles varying types of abuse. Christians in the study came mostly from Iraq, Syria and Afghanistan and were recent converts to the faith.
Breitbart London has reported many times of the challenges of migrants who have chosen to forgo Islam and convert to Christianity. Many converts wished to do so in their homelands, but in places like Iran and Afghanistan the penalty for leaving the Islamic religion can be death and so they fled to Europe. Now in European asylum homes they are finding more and more that they are in as much danger from radical Muslims in Europe as they were in their home countries.
The most prevalent form of abuse was verbal insults with 96 people saying that had received abuse or threats. Eighty-six said they had been physically assaulted and 73 said they had been subjected to death threats against themselves and family members. Three quarters of the migrants also said they had been victims of multiple attacks.
The perpetrators of most of the attacks were fellow migrants who look down on converts and believe them to be apostates. Perhaps, more interestingly was the prevalence of Muslim security guards who participated in the attacks. Almost half of those surveyed said they had received abuse from security guards and in the German capital of Berlin the figure rose to two-thirds. Many of the security guards hired to keep order and protect migrants regularly come from migrant backgrounds themselves and even more often have no qualifications.
Volker Baumann of Action for Persecuted Christians (AVC) says the situation is far bigger than 231 migrants, claiming that up to 40,000 Christians are persecuted for their faith in Germany according to the group’s research….

http://freedomoutpost.com/
OBAMA - FIRST PRESIDENT IN US HISTORY TO PUT A MAN IN A WOMAN'S BATHROOM

It has been an interesting week. I don’ t know if any of you receive hate email, I received one this week that was more vicious than most others. If the writer believed in hell he was essentially commanding me to go there - and immediately. I probably shouldn’t have bothered to read it to the end, but it struck me that these who preach the message of tolerance are some of the most intolerant and vicious people on the face of planet earth. I think it was the same day that I received junk mail from my Alma Mater. I usually toss that stuff in the circular file, but I opened this one.
Video of the sermon:
It was a fund raising letter from the Alumni Association at Rutgers. The literature urged me to give to one of ten causes at the University, one of which caught my attention - LGBTQA. Of the last three the T is receiving a great deal of promotion from the likes of Bruce Jenner. He is still Bruce no matter what he claims, he is still biologically male, every cell of his body proclaims that reality in spite of what his disordered mind believes - he cannot change reality by thinking he would like it to be different than it actually is. No amount of bodily mutilation or injections of hormones will change reality.
But majority of Americans reject this delusion. One million former customers of Target have decided a retailer committed to this perversion isn’t worthy of their patronage, nor of the risk that store’s decision places upon children and women. Several State governments are standing against this evil, notably North Carolina - I pray they will not cave into the Fascist pressure from the White House and the so called Department of Justice.
Now in that fund raising letter I know what the Q stands for but I don't know or care what the A stands for. All that means to me is that there is a whole new category of perversion they are promoting. So here is my Alma Mater asking me to fund a program to further the cause of the sexual disordered on campus. To help them feel good about their sin, to teach them that it is good and even righteous to act in violation of God’s Law, to even pervert the very nature of what God has made them to be. That is what passes for an education at Rutgers and all other Ivy League Schools - teaching students to not only disobey God’s Law, but teaching them to over throw God’s Law. And not only to do this in their personal life, but even more disastrously to bring about a radical and fundamental transformation of America into a land rife with the abomination of sodomy, teaching people to reject who God has made them to be and at the core of their being to reject God altogether.
In short this along with many other universities in our land are nothing short of synagogues of Satan, blatantly teaching and promoting the Satanic agenda for the lives of their students and advancing the Satanic agenda of a radical transformation of our land into the kingdom of Satan. I would not recommend my Alma Mater to any student looking for a institution of higher education. In fact one should be very cautious about any so called institution of higher education including many that call themselves Christian.
Many of these have succumbed at this point to the sodomite agenda. I read of a very well known “Christian” university that hired a staff member in their drama department. Later it was revealed he was a sodomite. When asked about it by a Christian broadcaster the school official responded, when we hire someone, we are not concerned about their personal life, just their credentials and job performance. So they are not concerned that such a staff member will have a corrupting effect on the student body! They are certainly not alone in this type of approach to so called Christian higher education. In fact it we need to remind ourselves of what true education is as given to us in the Word of God. Proverbs 1:7 “The fear of the Lord is the beginning of knowledge: but fools despise wisdom and instruction.”
Learn more about your Constitution with Pastor David Whitney and the “Institute on the Constitution” and receive your free gift.

Posted by John at 9:45 AM Links to this post

WHY I DUMPED TED CRUZ FOR DONALD TRUMP WHY I DUMPED TED CRUZ FOR DONALD TRUMP

BY RONNIE HERNE
SEE: http://www.newswithviews.com/guest_opinion/guest313.htm;
Posted by John at 9:27 AM Links to this post