"END THIS HOLOCAUST": HUNDREDS FLOCKING TO TEXAS CAPITOL TO TESTIFY IN SUPPORT OF BILL TO ABOLISH ABORTION IN STATE HUNDREDS FLOCKING TO TEXAS CAPITOL TO TESTIFY IN SUPPORT OF BILL TO ABOLISH ABORTION IN STATE
BY HEATHER CLARK
SEE: https://christiannews.net/2019/04/08/hundreds-flocking-to-texas-capitol-to-testify-in-support-of-bill-to-abolish-abortion-in-state/;
Posted by John at 4:17 PM Links to this post 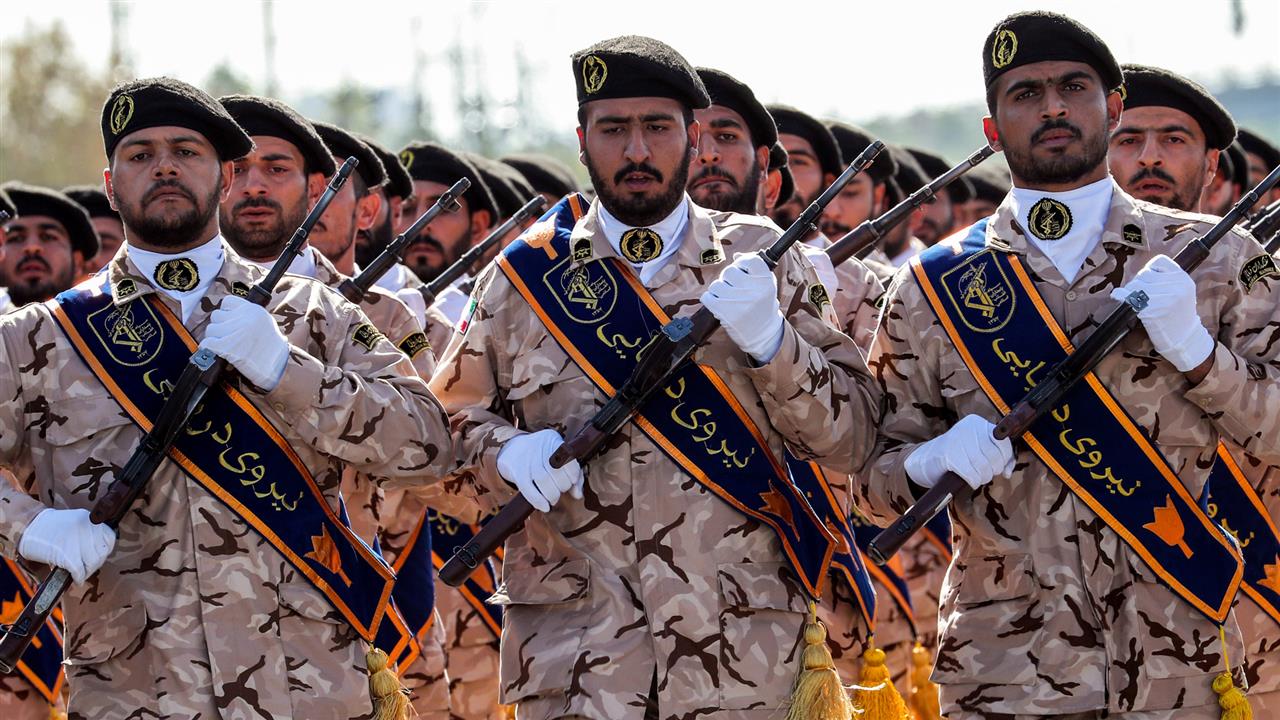 Why our president did it - and why he is right

BY JOSEPH KLEIN
SEE: https://www.frontpagemag.com/fpm/273421/trump-designates-islamic-revolutionary-guard-corps-joseph-klein;
Posted by John at 4:07 PM Links to this post

MARYLAND: MUSLIM WITH "HATRED" FOR NON-MUSLIMS STOLE U-HAUL TRUCK TO MURDER PEDESTRIANS
IN VEHICULAR JIHAD ATTACK
BY ROBERT SPENCER
SEE: https://www.jihadwatch.org/2019/04/maryland-muslim-with-hatred-for-non-muslims-stole-u-haul-to-murder-pedestrians-in-vehicular-jihad-attack;
republished below in full unedited for informational, educational and research purposes:
The Islamic State issued this call in September 2014: So O muwahhid, do not let this battle pass you by wherever you may be. You must strike the soldiers, patrons, and troops of the tawaghit. Strike their police, security, and intelligence members, as well as their treacherous agents. Destroy their beds. Embitter their lives for them and busy them with themselves. If you can kill a disbelieving American or European — especially the spiteful and filthy French — or an Australian, or a Canadian, or any other disbeliever from the disbelievers waging war, including the citizens of the countries that entered into a coalition against the Islamic State, then rely upon Allah, and kill him in any manner or way however it may be….If you are not able to find an IED or a bullet, then single out the disbelieving American, Frenchman, or any of their allies. Smash his head with a rock, or slaughter him with a knife, or run him over with your car, or throw him down from a high place, or choke him, or poison him…. 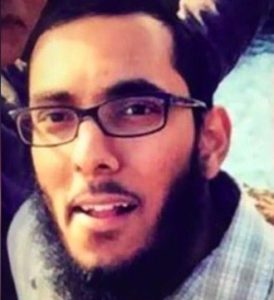 GREENBELT, Md. (WJZ) — A Germantown man who was reportedly inspired by ISIS, allegedly stole a van to use as a weapon against pedestrians at National Harbor.
Rondell Henry, 28, of Germantown, Md., is charged by criminal complaint with interstate transportation of a stolen vehicle….
Police said in their report they and family had been concerned for Henry’s physical and emotional welfare.
The government filed a motion Monday arguing for Henry to be detained pending trial as a flight risk and a danger to the community. They allege that Henry, who claimed to be inspired by the ISIS terrorist organization, stole a U-Haul van with the intention of using it as a weapon against pedestrians on sidewalks at National Harbor….
When police responded to the garage, they found the BMW near where the U-Haul had been stolen. The BMW was registered to Rondell Henry.
According to the detention memo, for two years, Henry has harbored “hatred” for those who don’t practice the Muslim faith. Allegedly inspired by videos he watched of foreign terrorists, Henry decided to conduct a vehicular attack, similar to the 2016 truck attack in Nice, France, for which ISIS claimed responsibility.
After he stole the van, Henry drove around, arriving at Dulles International Airport in Virginia at around 5 a.m. on March 27.
The government claims Henry left the U-Haul and entered the terminal to try to find his way through security, allegedly to harm “disbelievers” in a way designed for “maximum publicity,”
After he tried to breach Dulles’ security perimeter for more than two hours, Henry allegedly returned to the U-Haul.
Henry then allegedly drove the U-Haul from Virginia to the National Harbor in Maryland, arriving at around 10 a.m. He then allegedly parked the U-Haul and walked around a popular part of National Harbor….

BY ROBERT SPENCER
SEE: https://www.jihadwatch.org/2019/04/maryland-muslim-who-plotted-vehicular-jihad-massacre-led-prayer-services-at-islamic-society-of-germantown
Posted by John at 4:00 PM Links to this post

ROMA DOWNEY'S FINANCIAL CONTRIBUTION
TO NEW AGER MARIANNE WILLIAMSON
RAISES MANY QUESTIONS
SEE: https://www.lighthousetrailsresearch.com/newsletters/2019/newsletter20190408.htm; republished below in full unedited for informational, educational and research purposes:
Screenshot from a May 25, 2014 article in People Magazine, taken from Pinterest (used in accordance with the US Fair Use Act)
Evangelical leaders such as Rick Warren, Greg Laurie, and David Jeremiah have shown public support for Roma Downey and her books, movies, and other media work for a number of years now. Lighthouse Trails has attempted to alert these leaders and the church at large that while Downey may be a sincere person, she is a New Age sympathizer and has consistently supported those sympathies.
This week, a Lighthouse Trails reader sent us a link to a March 27, 2019 article from the Center for Public Integrity that disclosed that Roma Downey contributed $2600 to Marianne Williamson’s 2014 run in California for Congress. Proof of this contribution can be seen on a government website (Federal Election Commission) that shows a tax record for Marianne Williamson for the year 2013 (when the contribution by Downey was made – see page 135 of the report). Marianne Williamson is one of today’s foremost New Age leaders and is running for president in 2020. It was because of Williamson that the New Age “Bible,” A Course in Miracles (see video), became popular in mainstream America after Williamson’s book Return to Love (promoting A Course in Miracles) was featured on the Oprah Winfrey Show. A Course in Miracles has the quintessential New Age message that God dwells in every human being and that each person has a Christ consciousness. It is this same New Age “God” who believes that “the era of the single savior is over”(1) and that Hitler actually did the Jews a favor by killing them. Listen to the following quotes by the New Age “God”:


The real issue is whether Hitler’s actions were “wrong.” Yet I have said over and over again that there is no “right” or “wrong” in the universe. A thing is not intrinsically right or wrong. A thing simply is.2
Now your thought that Hitler was a monster is based on the fact that he ordered the killing of millions of people, correct? . . . Yet what if I told you that what you call “death” is the greatest thing that could happen to anyone—what then?3
So the first thing you have to understand—as I’ve already explained to you—is that Hitler didn’t hurt anyone. In a sense, he didn’t inflict suffering, he ended it.4
The mistakes Hitler made did no harm or damage to those whose deaths he caused. Those souls were released from their earthly bondage, like butterflies emerging from a cocoon.5

These quotes were said by the New Age “God” in Neale Donald Walsch’s highly popular book series Conversations With God (as cited in Warren B. Smith’s booklet Oprah Winfrey’s New Age “Christianity.” Such sentiments as are revealed in these quotes express the underlying truth about the New Age “God.”
Roma Downey is free to believe whatever she wants to believe. That is one of the great benefits of living in a free and democratic country. Our concern (one that is growing by the day) is with Christian leaders (men and women who name the name of Jesus Christ, who are highly influential and looked up to by millions – such as Greg Laurie and David Jeremiah) who are exhibiting very little or no discernment, such as in the situation with Roma Downey. And many are being misled because of this.
Some may say that we should not be bringing up her contribution of $2600 to Marianne Williamson during her run for Congress because that was six years ago. But as we have documented for some time (including in Greg Reid’s recent booklet Butterfly Illusions), Downey has never recanted or renounced her New Age affinities and continues promoting them. Not that long ago, she even said that  Oprah Winfrey was “on fire with the holy spirit.” To say something like that about a major New Age leader shows there is something amiss. The thing is, when someone comes out of the New Age (e.g., Warren Smith, Johanna Michaelsen, Caryl Matrisciana), a natural outcome of that is to want to warn about the things he or she was once promoting. But Roma Downey has not done that.
Have any of these leaders (i.e., Greg Laurie, David Jeremiah, Rick Warren) ever sat down with Roma Downey and told her that the New Age “God” is not the God of the Bible and is actually in dire opposition of the message of the Cross? And have these men ever made a public admission that they were wrong to give credence (either directly or indirectly) to a woman whose beliefs are so contrary to biblical Christianity? In one recent article we published, we documented with two video clips where Downey was promoting the idea that God is in everyone. You can see those clips by clicking here.
Recently, we have been addressing Francis Chan, another popular evangelical leader, after he said that God would destroy (kill) those who challenge and criticize Christian leaders. Whether he realizes it or not, he is trying strongly to intimidate believers into not being discerning and not contending for the faith. Part of contending for the faith is to expose error, or as Harry Ironside so aptly put it:


Truth mixed with error is equivalent to all error, except that it is more innocent looking and, therefore, more dangerous. God hates such a mixture! Any error, or any truth-and-error mixture, calls for definite exposure and repudiation. To condone such is to be unfaithful to God and His Word and treacherous to imperiled souls for whom Christ died.6

This story today about Roma Downey and her supporting Marianne Williamson is a perfect example of why names need to be named. Serious deception must be identified—not to villainize or hurt those promoting it but to warn those who are blindly walking into a dangerous trap. It is wrong for leaders who call themselves Christian to misrepresent the Lord whom they claim to serve, and it’s long overdue for some of them to start speaking up when the Gospel is being compromised.

Proclaim 19 Speakers List (photo used in accordance with the US Fair Use Act for the purpose of critique, review, and education) – This is a photo of the Proclaim 19 speaker line up after Roma Downey’s name was removed.

Posted by John at 3:38 PM Links to this post