50,000 CHARISMATICS "PRAY IN TONGUES" OVER POPE FRANCIS IN ROME STADIUM 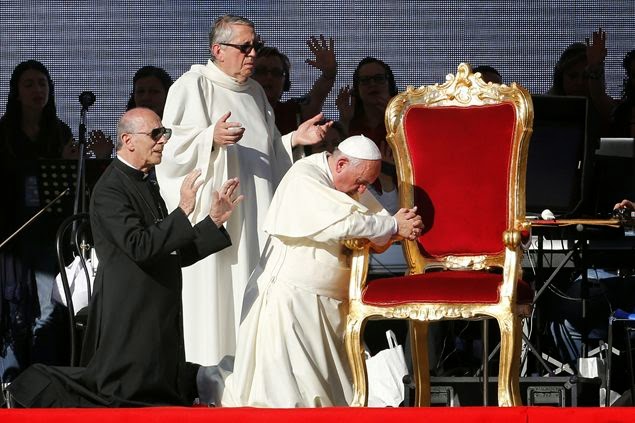 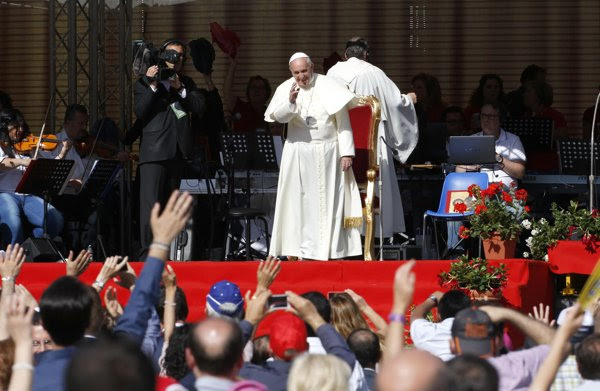 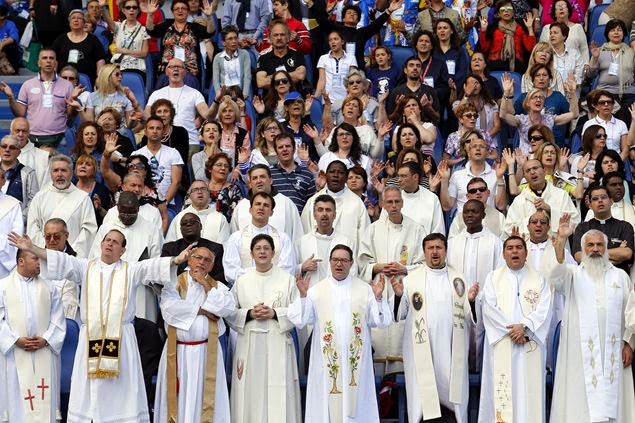 CHARISMATICS PRAY OVER POPE FRANCIS (Friday Church News Notes, August 8, 2014,www.wayoflife.org,fbns@wayoflife.org, 866-295-4143) - On June 1, more than 50,000 charismatic Catholics attended a rally at Rome’s Olympic Stadium. One highlight of the event was a special prayer for Pope Francis to be “filled with the Spirit.” As he knelt by his papal chair, the crowd murmured charismatic prayers, including gibberish “tongues,” and “sang in the spirit.” Many, including bishops and cardinals, raised their hands toward the pope (“How Pope Francis Reacted,” Charisma, June 11, 2014). In a brazen reminder of the heretical nature of the setting, a life-size statue of Rome’s Mary, the Queen of Heaven, stood at the front of the papal podium. The pope exhorted the charismatic crowd to exercise “spiritual ecumenism” to heal divisions among Christians. He also invited the charismatics to St. Peter’s Square for Pentecost in 2017 to celebrate the 50th anniversary of the “charismatic renewal” in the Catholic Church. The “renewal” began when Assemblies of God Pentecostals laid hands on Catholics in 1967. Pope Francis says that he was opposed to the “charismatic renewal” when it first began, but now he is enthusiastic and claims to speak in “tongues” himself (“Pope, at Charismatic Rally,” Catholic News Service, June 2, 2014). Nothing is bringing the end-time, “one-world church” together more effectively than the charismatic movement and its contemporary music.
THE POPE’S TOP TEN SECRETS TO HAPPINESS (Friday Church News Notes, August 8, 2014, www.wayoflife.org, fbns@wayoflife.org, 866-295-4143) - In an interview published in the Argentine weekly “Viva,” July 27, Pope Francis listed his top ten tips for “bringing greater joy to one’s life.” There was no mention of God or Jesus Christ or salvation. In brief, the tips were (1) Live and let live, (2) Give of yourself to others, (3) Proceed calmly in life, (4) Have a healthy sense of leisure, (5) Sundays should be holidays “because “Sunday is for family,” (6) Find innovative ways to create dignified jobs for young people, (7) Respect and take care of nature, (8) Stop being negative, (9) Don’t proselytize; respect others’ beliefs, (10) Work for peace. The focus on unity, non-proselytizing, world peace, respect of all beliefs, and environmentalism identify Francis as a New Age pope who is a major figure in the creation of the apostate one-world “church” of Revelation 17.  VIDEOS:

SEE: http://www.infowars.com/cold-war-ii-russian-nuclear-bombers-conduct-16-incursions-of-u-s-air-defense-zones/;
EXCERPTS:
Russian strategic nuclear bombers have flown into northwestern U.S. air defense identification zones at least sixteen times over the past ten days, according to Pentagon officials.
The incursions by Tu-95 Russian Bear H bombers are unprecedented, Defense experts say, leading some to believe that Russia is testing U.S. air defenses.
As reported by Bill Gertz of The Washington Free Beacon, The flights, which have also included a Russian intelligence-gathering jet flying near Alaska, were detected by the U.S. Northern Command and the North American Aerospace Defense Command (NORAD), and have prompted the scrambling of U.S. jet fighters in several cases.
Amid a large strategic build up of nuclear forces, Russia has, in recent weeks, flown bombers closer to the U.S. than ever before since the fall of the Soviet Empire.
On June 9th, U.S. F-15s and F-22s intercepted Russian bombers just 50 miles off the California coastline. To Securing Its Border

Texas Bolsters Border Patrol With Its Own

SEE: http://www.nytimes.com/2014/08/07/us/texas-is-accused-of-overreaching-and-overspending-to-police-border.html?_r=2
Posted by John at 11:46 AM Links to this post 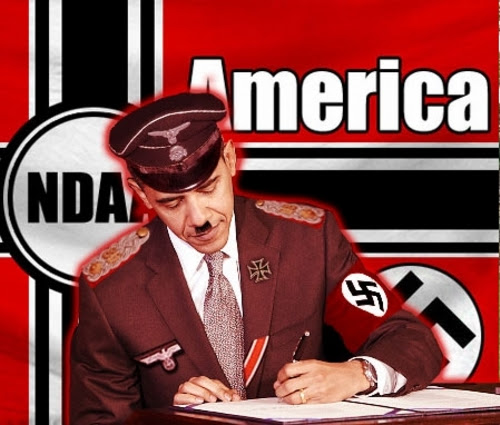 "[T]he American people don't want me just standing around twiddling my thumbs and waiting for Congress to get something done," President Obama said on Wednesday. But even as he takes unilateral action, "I'm bound by the Constitution," he said.

Obama was responding to a reporter who asked him if a dysfunctional Congress gives him a "green light to push the limits of executive power."

"Well, you know, I think that I never have a green light. I'm bound by the Constitution," Obama said. "I'm bound by separation of powers. There's some things we can't do.

"Congress has the power of the purse, for example. I would love to fund a large infrastructure proposal right now that would put millions of people to work and boost our GDP. We know we've got roads, and bridges and airports and electrical grids that need to be rebuilt, but without the cooperation of Congress, what I can do is speed up permitting process, for example. I can make sure we're working with the private sector to see if we can channel investment into much-needed projects.

"But ultimately, Congress has to pass a budget and authorize spending. So I don't have a green light."

Although Congress has the power of the purse, House Speaker John Boehner told CNSNews.com in July he does not plan to use it to defund presidential actions that exceed President Obama's constitutional authority.

Don't Act on Own in Amnesty to Illegals

Obama authorizes airstrikes in Iraq to 'protect US personnel':

‘WE DON’T FOLLOW THE CONSTITUTION’ n.j. COP RESIGNS AFTER OUTRAGE

SEE: http://www.infowars.com/we-dont-follow-the-constitution-cop-resigns-after-outrage/;
EXCERPT:
A New Jersey police officer who caused outrage after being caught on video claiming he didn’t have to follow the Constitution because Obama had “decimated” the bill of rights has resigned.

a Few Months After Obama's

President Obama's executive actions on immigration did not begin with Deferred Action for Childhood Arrivals (DACA) in mid-2012. It began in 2011 with his announcement of "prosecutorial discretion" on deportations. A few months later the border patrol noted the first uptick in unaccompanied children at the border.