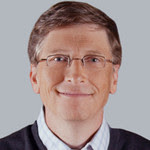 BY KURT NIMMO
SEE: http://www.infowars.com/zuckerberg-gates-launch-anti-trump-website/; republished below in full unedited for informational, educational, and research purposes:

Mark Zuckerberg, founder and CEO of Facebook, and Bill Gates, founder of Microsoft, have teamed up to launch a website targeting Donald Trump.

“Mark Zuckerberg-backed FWD.us is escalating its attacks on Donald Trump’s immigration policies as the candidate prepares to accept the Republican party’s presidential nomination in Cleveland,” Recode reported on Monday.
Bill Gates is also a founder of FWD.us.
The site will provide propaganda in favor of illegal immigration. Todd Schulte, of FWD.us president, told Recode Trump365 will serve as a “messaging hub” where supporters can download graphics to post on Twitter and Facebook as part of an effort to “amplify the message” and defeat Trump.
“Presumptive Republican presidential nominee Donald Trump has repeatedly promised that if he is elected he will mass deport 11.3 million undocumented immigrants plus an additional 4.5 million children with U.S. citizenship,” the website claims.
The Trump campaign website does not advocate mass deportation. It does, however, call for deporting criminals.
“All criminal aliens must be returned to their home countries, a process which can be aided by canceling any visas to foreign countries which will not accept their own criminals, and making it a separate and additional crime to commit an offense while here illegally,” the site explains.
It should be noted that Zuckerberg’s support for “comprehensive immigration reform” has an upside for the tech industry. He supports S.744, legislation that would jack up the annual cap on H-1B non-immigrant (temporary) guest workers from 65,000 to 180,000 and would eliminate the ceiling on green cards for foreign STEM (science, technology, engineering, and mathematics) workers. So-called guest workers are routinely paid less than their American counterparts.
“The obstacle to passing a stand-alone STEM bill is that the Democratic Party will only agree to vote for it if it is combined with blanket amnesty for 12 million illegal aliens,” notes the Federation for American Immigration Reform. “This is the real motivation guiding Mark Zuckerberg’s ‘selfless’ pursuit of comprehensive immigration reform.”

Posted by John at 2:36 PM Links to this post

SEE: http://www.newswithviews.com/guest_opinion/guest317.htm;
Posted by John at 2:07 PM Links to this post