BUDDHIST MINDFULNESS IN SCHOOLS: "STOP, BREATHE, AND BE" (.b)

Posted by John at 6:27 PM Links to this post

Andy Stanley ignores the following Scripture verses which support the God-inspired nature of all of the Bible, and would rather claim a relativistic view, picking and choosing what suits him:

Romans 10:17-"So then faith cometh by hearing, and hearing by the word of God."
1 Peter 1:23-25-"Being born again, not of corruptible seed, but of incorruptible, by the word of God, which liveth and abideth for ever. For all flesh is as grass, and all the glory of man as the flower of grass. The grass withereth, and the flower thereof falleth away. But the word of the Lord endureth for ever. And this is the word which by the gospel is preached unto you."
2 Timothy 3:14-17-"But continue thou in the things which thou hast learned and hast been assured of, knowing of whom thou hast learned them; and that from a child thou hast known the holy scriptures, which are able to make thee wise unto salvation through faith which is in Christ Jesus. All scripture is given by inspiration of God, and is profitable for doctrine, for reproof, for correction, for instruction in righteousness: that the man of God may be perfect, throughly furnished unto all good works."
2 Timothy 2:15-"Study to shew thyself approved unto God, a workman that needeth not to be ashamed, rightly dividing the word of truth."
Ephesians 6:17-"And take the helmet of salvation, and the sword of the Spirit, which is the word of God."
Philippians 2:16-"Holding forth the word of life; that I may rejoice in the day of Christ, that I have not run in vain, neither laboured in vain."
Colossians 3:16-"Let the word of Christ dwell in you richly in all wisdom; teaching and admonishing one another in psalms and hymns and spiritual songs, singing with grace in your hearts to the Lord."
1 Thessalonians 2:13-"For this cause also thank we God without ceasing, because, when ye received the word of God which ye heard of us, ye received it not as the word of men, but as it is in truth, the word of God, which effectually worketh also in you that believe." 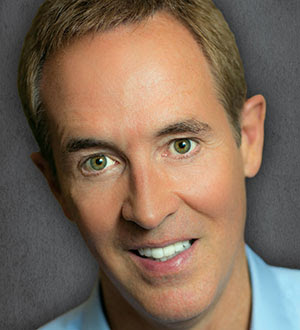 Stanley says in this video:

So when we talk about the Scriptures, and especially the reliability of the Scriptures, I think anytime that we can tie the Old Testament especially back to Jesus, we have done everybody, Christians and non-Christians alike, an incredible service by letting them know. . .You can believe the Adam and Eve story is a creation myth—so what?—who is Jesus?. . .

The foundation of my faith is not an infallible Bible, it's something that happened in history. Jesus came into the world, walked on the earth, represented God, was God, and then rose from the dead. And that's a very, very important part of our approach to the Scripture every single week.

Delaware doesn't have the staff to routinely inspect abortion clinics, even those run by Planned Parenthood, such as the one in Wilmington:

Published on Mar 14, 2013 on YouTube above.
63-yr old Catholic grandmother of 12 was violently attacked as she documented the 4th abortion injury at Planned Parenthood in Wilmington, DE on March 13, 2013. The abortionists at that Planned Parenthood need to be investigated. Note: Rae Stabosz gave permission for this video, her likeness, and name to be posted on YouTube.
Also:
Published on Mar 3, 2013 on YouTube above.
Feb. 16, 2013, Wilmington, DE: Planned Parenthood abortion patient suffered heavy, uncontrolled bleeding that required emergency intervention and hospitalization. Video taken by Rae Stabosz, 40 Days for Life, indicates transfusion may have been necessary. 911 obtained through FOIA with the assistance of Operation Rescue. This is the 2nd medical emergency at that PP abortion clinic in 10 days.
Also:

Published on Mar 3, 2013 on YouTube above.
Unconscious Planned Parenthood abortion patient struggling to breathe, and required bagging. Caller says 2 abortionists and 3 nurses were on site. Even they could not properly help this woman and required emergency assistance and transport to the hospital ER. Planned Parenthood, Wilmington, Delaware, Feb. 8, 2013.

Posted by John at 3:20 PM Links to this post

COULD MCLAREN BE INTERESTED IN RECREATING A MODERN "BABYLONIAN MYSTERY RELIGION"?
As announced by Brian McLaren on his website http://brianmclaren.net/archives/blog/a-request-for-help.html, and subsequently reported by other blogs such as
Stand Up For The Truth http://standupforthetruth.com/2013/05/brian-mclaren-asks-for-significant-cash-for-mystery-project/, and
Lighthouse Trails Research http://www.lighthousetrailsresearch.com/newsletters/2013/newsletters20130528.htm#21,
McLaren is asking for sizable monetary contributions for a "mystery project", which is no great mystery at all to Bible knowledgable Christians, and with the hint that we should just trust him with the money? Just send him an e-mail to happytohelp@brianmclaren.net, and he'll keep you up to date on his plans for using your money. Why should any traditional, Bible-believing Christian trust him to do the right thing when he, as
Ken Silva of Apprising laid out, denies the substitutionary atonement of the cross: http://apprising.org/2008/10/26/brian-mclaren-attacks-the-substitutionary-atonement/, among a whole host of other heresies, false teachings, twisting of Scripture, and contemplative associations within Christianity, Buddhism, Hinduism, and Muslims.
See: http://apprising.org/category/brian-mclaren/.
Also see Way of Life articles on McLaren:
http://www.wayoflife.org/sphider/search.php?query=brian+mclaren&search=1.
See this video:

McLaren is sending the following teaser as his preliminary response to e-mails: (Quoted in full, bold type is ours for emphasis):