LIBERTY BAPTIST CHURCH, BEAR, DELAWARE IS NOT ABOUT TO GIVE UP ON ITS WARREN/HYBELS SEEKER SENSITIVE GIMMICKS TO ATTRACT THE UNREGENERATE,
THEN BIND THEIR CONSCIENCES
SEE OUR PREVIOUS POSTS:
http://ratherexposethem.blogspot.com/2014/10/church-membership-covenants-unbiblical.html

NOW AN UNDER THE RADAR DINNER & MOVIE "OUTREACH" TO CELEBRATE THE END OF THE 21 DAY "DANIEL FAST", WITH ALL THE USUAL UNHEALTHY "CHRISTIAN" FOOD: (ONLY MEMBERS ARE TO KNOW IT'S AN OUTREACH, TO PROTECT THE UNSUSPECTING):

SO WHAT'S THE PROBLEM, YOU ASK?
WELL, THE DINNER FOLLOWS ON THE HEELS OF THE WORKS BASED 21 DAY "DANIEL FAST",
CATHOLIC STYLE SELF DENIAL FOR INDULGENCES:
"In fasting we worship God through sacrifice, demonstrating that we love Him more than His gifts." (http://libertybaptist.net/thedanielfast/).

This is blatantly unbiblical and disobedient to the Lord:
Matthew 9:13-"Go and learn what this means, ‘I desire mercy, and not sacrifice.’ For I came not to call the righteous, but sinners.”
Hosea 6:6-"For I desire steadfast love and not sacrifice, the knowledge of God rather than burnt offerings.

MORE TROUBLING IS THE MOVIE CHOSEN FOR

FROM: http://www.nytimes.com/2006/12/31/theater/31gree.html?pagewanted=all&_r=0
"In college, and especially during eight subsequent years of hapless struggle in New York, that distance became a kind of no-man’s-land she had to traverse daily, from bad job to binge to church and back again. The churches varied: Catholic, Calvinist, New Age cult."

http://en.wikipedia.org/wiki/Patricia_Heaton;
QUOTES:
Patricia Heaton was born in Bay Village, Ohio, the daughter of Patricia (née Hurd) and Chuck Heaton, who was a sportswriter for the Plain Dealer. She was raised as a devout Roman Catholic.
Heaton's feature films include  The New Age (1994), "In order to find meaning to their empty lives, they follow various New Age gurus." (SEE: http://en.wikipedia.org/wiki/The_New_Age_(film)
Heaton has been married to British actor David Hunt since 1990; it is her second marriage. Her first marriage (1984–1987) ended in divorce.
Although she and her family attend a Presbyterian Church, Heaton says she is still a Catholic.
Heaton is a "consistent life ethicist" and is supportive of pro-life groups and causes, opposing abortion, euthanasia, and the death penalty.
(SEE: http://en.wikipedia.org/wiki/Consistent_life_ethic);
(QUOTE: "The consistent life ethic, or the consistent ethic of life is an ideology that opposes abortion, capital punishment, assisted suicide, and euthanasia. Adherents are opposed, at the very least, to unjust war, while some adherents also profess pacifism, or opposition to all war. The term was coined in 1983 by the Catholic Cardinal Joseph Bernardin to express an ideology based on the premise that all human life is sacred and should be protected by law. Though most prominently professed by people of faith, the consistent life ethic is neither a religious nor a political ideology.")
Heaton openly supports gay rights, and has publicly stated that she is not against same-sex marriage.
_______________________________________________________________
SECULAR FILM REVIEWS ARE MOSTLY NEGATIVE:
http://variety.com/2014/film/reviews/film-review-moms-night-out-1201167159/
QUOTES:

"A shrill feature-length sitcom for the faith-based family values crowd, if nowhere near as good as that sounds. There’s nothing wrong with “Moms’ Night Out” that couldn’t be fixed by a massive rewrite, preferably one that involves a lobotomy for the main character."

http://www.rottentomatoes.com/m/moms_night_out/
QUOTES:
"Cheap-looking, unfunny, and kind of sexist to boot, Moms' Night Out is a

disappointment from start to finish."

http://www.imdb.com/title/tt3014666/
"The critics got it right. The movie is awful. Having a popular star like Patricia Heaton in this movie is not enough to save it. The mothers and fathers depicted in this movie are mostly idiots and should never have had children. The script wouldn't have been approved for an ABC afternoon special because it's so poor."

http://www.rogerebert.com/reviews/moms-night-out-2014
QUOTES:
"Depressingly regressive and borderline dangerous, "Moms’ Night Out" peddles archaic notions of gender roles in the name of wacky laughs. But it also wants to be "About Something." It wants to inspire as well as entertain. It’s "The Hangover" aimed at Christian audiences, and if that sounds like an impossible prospect, well, that’s because it is.
"Moms’ Night Out" is just as afraid to let loose as its characters are. Then again, the people who populate this picture are more like clichéd, cardboard types: the frazzled, stay-at-home mom; the well-meaning, absent dad; the flighty best friend; the snooty restaurant hostess. Why must faith-based offerings be so lame and—worst of all—so out of touch with reality?
Basically, the moral of the story is: Don’t go out. Because if you do, all hell will break loose—or rather, all heck."

http://www.usatoday.com/story/life/movies/2014/05/08/moms-night-out-review/8314359/
QUOTES:
"Mothers deserve a much better break than the hectic, shrill and dismally unpleasant Moms' Night Out (* out of four; rated PG; opening Friday in select cities). Ads make it look like a wacky outing featuring fun-loving moms and clueless dads. But there's no fun to be had — and not a drop of originality — in this chaotic and contrived mess. Outlandish high jinks are underscored by an inspirational message that seems out of place in this slapstick misfire. The gently religious message might have come across better if the film had been even remotely subtle. What follows is unadulterated idiocy. The story feels cobbled together from other movies. Its view of harried moms and hapless dads is stereotypical and simplistic. So much of the story is clichéd and derivative. An early scene of the moms walking in slow motion a là Reservoir Dogs is ridiculously played out. Worse, the tone is jarring, careening between raucous physical gags and potential tragedy as if they're equal on the zany shenanigans scale."
___________________________________________________
BUT THE APOSTATE "CHRISTIAN" FOCUS ON THE FAMILY
"PLUGGED IN" WEBSITE HAS A POSITIVE REVIEW:
http://www.pluggedin.com/videos/2014/q3/moms-night-out.aspx
QUOTES:
"In fact, this pic works so well that I've got a feeling Moms' Night Out will make many a real-world date night or girls' getaway into a chuckle-worthy time … while keeping sweet thoughts of the kids right there at the heart of things."

THESE ARE NOT CHRISTIAN ROLE MODELS

FOR THE CHURCHED OR UNCHURCHED

A) SARAH DREW:
FREED FROM THE "PRISON OF PERFECTIONISM"
"ROMPING THROUGH THE BEAUTIFUL MESS WE CALL PARENTHOOD"
VIDEO FROM THE APOSTATE "CHRISTIAN" GUIDEPOSTS YOUTUBE CHANNEL:
THEN:

FROM WIKIPEDIA: http://en.wikipedia.org/wiki/Sarah_Drew
Her father, Rev. Charles Drew, is the senior pastor at Emmanuel Presbyterian Church in New York City. (PCA "REFORMED")
UNIVERSALLY ACCEPTED AND LOVED BY THE WORLD? (HINT: THEN YOU ARE NOT A CHRISTIAN):
FROM: http://www.patheos.com/blogs/tinseltalk/2013/10/interview-transcript-sarah-drew-on-moms-night-out-greys-anatomy-and-her-christian-faith/:
"I’ve met Christians everywhere I go, I’ve met Christians on every set I’ve been on, in the crew, the cast, everywhere. I’ve met producers who are Christians and are producing secular shows. So much beauty and truth can be found in every, in every different show that’s there. It might not be appropriate for children, for people of all ages, but I do think that, um, that that truth is a beautiful truth that people want, stories people want to tell. I’ve found it everywhere. I have."
(HINT: THESE ARE THE "CHRISTIANS" IN NAME ONLY, IF EVEN THAT)
___________________________________________________
B) TRACE ADKINS
FROM WIKIPEDIA: http://en.wikipedia.org/wiki/Trace_Adkins
Adkins then moved on to playing in honky tonk bars around Nashville, Tennessee, in the early 1990s. It was followed by "Honky Tonk Badonkadonk", which became a highly successful crossover hit, bringing Adkins into the Top 40 of the Billboard Hot 100 for the first time.  "Ladies Love Country Boys" became Adkins' second Number One single on the country charts and his first since "(This Ain't) No Thinkin' Thing" in 1997. Trace released his first book, entitled A Personal Stand: Observations and Opinions from a Free-Thinking Roughneck. In April 2011, Adkins revealed that he had a crush on the Baylor Lady Bears' head coach, Kim Mulkey, while the two were in college at Louisiana Tech, then dedicated his performance of "One in a Million You" to her. In February 2012, Adkins appeared as a guest vocalist on Meat Loaf's album Hell in a Handbasket. Adkins has two daughters, Tarah and Sarah, with his ex-wife, and three daughters with current wife. He has also experienced a number of serious injuries as an adult, including being shot by his ex-wife in 1994. In early 2014, Adkins checked into rehab for alcoholism after getting into an altercation on a cruise ship. In March 2014, Trace Adkins and his wife Rhonda filed for divorce, citing irreconcilable differences. According to Rhonda's Twitter account, they are still married. 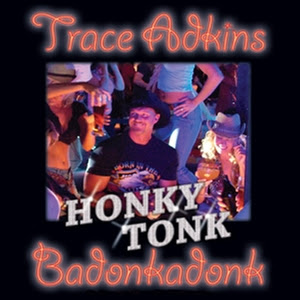 
Astin was born Sean Patrick Duke in Santa Monica, California, the son of actress Patty Duke. At the time, it was reported that entertainer Desi Arnaz, Jr. was his biological father. In 1994 Astin discovered that his biological father is actually Michael Tell, a music promoter and writer, and publisher of the newspaper The Las Vegas Israelite; Tell was married to Patty Duke for 13 days in 1970. Astin experienced a career breakthrough with his role as Samwise Gamgee in Peter Jackson's The Lord of the Rings film trilogy. Astin is currently the voice of Raphael in the new Teenage Mutant Ninja Turtles animated series on Nickelodeon. Astin portrays the role of Matthew in The Truth & Life Dramatized audio New Testament Bible, a 22-hour, celebrity-voiced, fully dramatized audio version of the New Testament, which uses the RSV-CE. Astin has a tattoo on his ankle of the word "nine" written with the Tengwar script, commemorating his Lord of the Rings involvement and his character's membership in the Fellowship of the Ring.

LIBERAL POLITICS:
During the 2004 United States presidential election, Astin backed Senator John Kerry and participated in Kerry's campaign rally in Portland, Oregon, as the opening speaker. In the 2008 presidential election, Astin lent his support to Senator Hillary Clinton and made multiple campaign appearances on her behalf, including joining Clinton's daughter, Chelsea Clinton, at some stops.
Astin is a vegetarian. He attended Catholic school and is a Protestant Christian, attending a Presbyterian church in Bel Air, California, US. Astin studied Nichiren Buddhism, John Astin's faith, for a time. Sean's mother, of German and Irish ancestry, is Catholic, and Sean's biological father, Michael Tell, is of Austrian Jewish descent.

Nichiren Buddhism (Japanese), a branch of Mahayana Buddhism based on the teachings of the 13th century Japanese monk Nichiren (1222–1282) and belongs to the schools of so-called "Kamakura Buddhism". Nichiren Buddhism is generally noted for its focus on the Lotus Sutra and an attendant belief that all people have an innate Buddha nature and are therefore inherently capable of attaining enlightenment in their current form and present lifetime. It is also noted for its opposition to any other form of Buddhism, which Nichiren saw as deviating from the Buddhist truth he had discovered. Nichiren Buddhism is a comprehensive term covering several major schools and many sub-schools, as well as several of Japan's new religions. Its many denominations have in common a focus on the chanting and recital of the Lotus Sutra, which is thought to hold "extraordinary power".

Sean Astin Describes His "Christian Faith"; A Mixture of Catholic, Protestant and Buddhist, Coupled With the "Apocrypha" books:

SO, THE ONLY CONCLUSION WE CAN DRAW IS THAT THE EMERGING CHURCHES, SUCH AS LIBERTY BAPTIST, WANT TO ATTRACT PEOPLE
OF LIKE MIND, THAT IS, IGNORANT, UNDISCERNING, AND COMPLIANT.

LIKE RICK WARREN, THESE CHURCHES HAVE NO PROBLEM IDENTIFYING WITH FALSE CHRISTIANS, CATHOLICS, AND/OR BUDDHISTS; IN THIS CASE, THE CAST AND CREW BEING ROLE MODELS.
THAT IS A PERFECT FIT WITH THE COLLECTIVIST/SOCIALIST STATE BEING CREATED BEFORE OUR VERY EYES, ULTIMATELY UNITING UNDER ROME AND THE POPE.

VACCINE HORROR STORIES THEY DON’T WANT YOU TO KNOW

Vaccines are NOT 100% safe and effective

Despite media talking heads constantly claiming vaccines are 100% “safe and effective,” these videos, and the very package inserts included with the vaccines, reveal that’s not the case at all.

“In our society today, newborns are injected with loads of chemicals nearly as soon as they enter the world,” Elizabeth Renter reported. “In the name of ‘prevention,’ we give them vaccines that we aren’t even sure are safe.”
“As a matter of fact, in many cases, we know them to be unsafe.”
Vaccines Brain Damaged My Daughter:
Doctor: Flu Vaccine Creating Killer Flu:

Deadly Side Affects Of Vaccines Revealed: