NEW DOCUMENT SHOWS HILLARY CLINTON VIOLATED NATIONAL SECURITY
Published on Nov 6, 2015
Hillary Clinton’s unrelenting private email drama has taken on a new level of undeniable legal criminality. The Washington Free Beacon has revealed “As the nation’s chief diplomat, Hillary Clinton was responsible for ascertaining whether information in her possession was classified and acknowledged that “negligent handling” of that information could jeopardize national security, according to a copy of an agreement she signed upon taking the job.

SHE SIGNED A NON DISCLOSURE AGREEMENT

Posted by John at 3:26 PM Links to this post

BY SELWYN DUKE
SEE: http://www.thenewamerican.com/usnews/item/21899-obama-admin-says-boys-must-be-allowed-to-shower-with-your-daughter;
Posted by John at 3:16 PM Links to this post

RUBIO'S DONORS REVEAL HIS SUPPORT OF A DIFFERENT AGENDA~CONSERVATIVE OR HISPANIC SOCIALIST FAVORING AMNESTY FOR ILLEGALS? Rubio’s Donors Reveal His Support of a Different Agenda
BY BOB ADELMANN
SEE: http://www.thenewamerican.com/usnews/immigration/item/21904-rubio-s-donors-reveal-his-support-of-a-different-agenda;
Posted by John at 12:41 PM Links to this post

BY HEATHER CLARK
SEE: http://christiannews.net/2015/11/05/magazine-names-planned-parenthood-president-bruce-jenner-among-women-of-the-year/;
Posted by John at 12:25 PM Links to this post 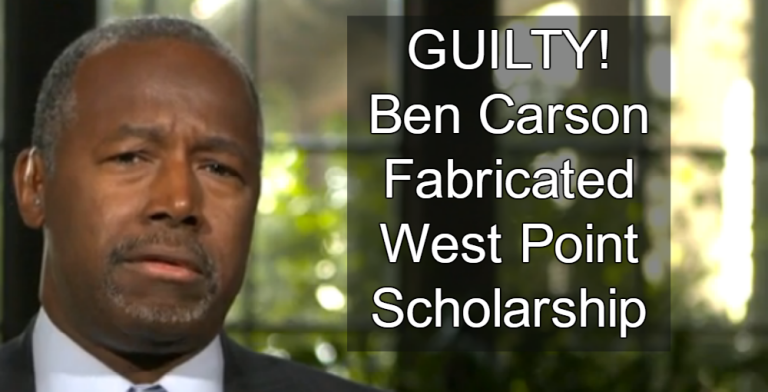 QUOTE FROM WIKIPEDIA: https://en.wikipedia.org/wiki/Ben_Carson
"Carson attended Southwestern High School in Southwest Detroit where he excelled in JROTC, a program sponsored by the United States Armed Forces. He quickly rose to cadet colonel, highest ranking cadet in his area. Carson had recounted numerous times over the course of his career that, after a meeting in 1969 with General William Westmoreland, then the chief of staff of the Army and a recent commander of U.S. military operations in Vietnam, he had been offered a "full scholarship" to West Point. In his autobiography, Gifted Hands, Carson wrote that he dined with Westmoreland, and "Later I was offered a full scholarship to West Point. As overjoyed as I felt to be offered such a scholarship, I wasn't really tempted." On November 6, 2015, Carson's campaign clarified that he had been "introduced to folks from West Point by his ROTC Supervisors....[who] told him they could help him get an appointment based on his grades and performance in ROTC. He considered it but in the end did not seek admission [to West Point].”"
BEN CARSON: NEVER OFFERED WEST POINT SCHOLARSHIP~SEVENTH DAY ADVENTISTS SHOULD ORDAIN WOMEN~LIKES CATHOLICISM

BEN CARSON IS DONE!
Published on Nov 7, 2015
Republican presidential candidate Ben Carson on Friday conceded that he never applied nor was granted admission to West Point and attempted to recast his previous claims of a full scholarship to the military academy — despite numerous public and written statements to the contrary over the last few decades.

West Point has occupied a central place in Carson’s personal story for years. According to a tale told in his book, “Gifted Hands,” the then-17 year old was introduced in 1969 to Gen. William Westmoreland, who had just ended his command of U.S. forces in Vietnam, and the two dined together. That meeting, according to Carson’s telling, was followed by the offer of a “full scholarship” to the military academy.

West Point, however, has no record of Carson applying, much less being extended admission.

BY HEATHER CLARK
SEE: http://christiannews.net/2015/11/04/presidential-candidate-ben-carson-seventh-day-adventists-should-ordain-women/;
Posted by John at 12:08 PM Links to this post