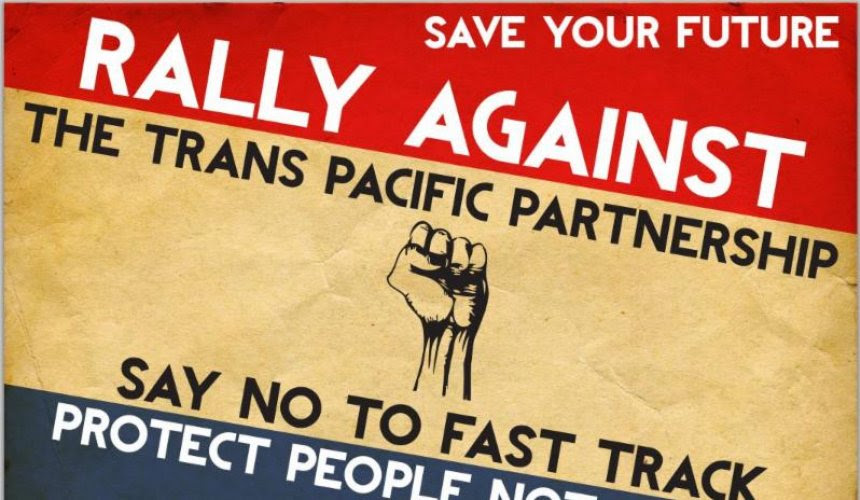 3 Secret Trade Deals Being Pushed On the World;
Gives Away American Sovereignty

"Please just tell us what is in TPP"

The Trans Pacific Partnership (TPP) trade package is beginning to unravel, with more prominent voices slamming President Obama and the Republican leadership over the secretive deal that threatens to cost American jobs and hand big corporations new powers that would violate national sovereignty.
House Majority Whip Rep. Steve Scalise (R-LA) and Rules Committee chairman Rep. Pete Sessions (R-TX) refused to reveal to Breitbart whether they had read the TPP agreement but still said they would support the Trade Promotion Authority (TPA) and allow President Barack Obama to fast-track the TPP.
Lawmakers claim that TPA is separate from TPP and that they will review the final TPP agreement before it is considered by Congress.
However, as Matthew Boyle explains, this explanation doesn’t wash. A vote for the TPA is a de facto green light for the TPP since there is essentially no way to halt a trade deal once it has been fast-tracked.
“Since fast track was created in the Richard Nixon administration, not one trade deal that started on fast track has been thwarted. As such, a vote for TPA is a vote for TPP, since passing TPA will all but guarantee the successful passage of TPP,” writes Boyle.
Senator Marco Rubio, Senator Lindsey Graham, and Rep. John Boehner are also refusing to reveal if they have visited the “secret room” to read the controversial TPP document, although all three are set to vote for the TPA.
“It is unforgivable for the Republican majority to shirk its congressional duty and refuse to read the text of a bill that will give Obama unprecedented authority over our economy,” said Daniel Horowitz, the senior editor of the Conservative Review. “Passing a bill in order to find out what’s in it is what placed the Pelosi Congress in the ash-heap of history. It’s not an auspicious path for ambitious politicians.”
Obama is in the midst of an intense lobbying campaign to promote the TPP in advance of a crucial House vote on TPA next week which could go either way.
“The push from the president included direct calls to lawmakers, interviews with television stations in key states and plans to bring several Democrats aboard Air Force One with him to a summit in Germany this weekend,” reports the Washington Post.
Hewlett-Packard CEO and 2016 Republican presidential candidate Carly Fiorina became the latest prominent voice to urge Obama to release the full text of TPP.
“President Obama has made lofty promises before and we’ve learned with this White House that the devil is in the details,” said Fiorina. “And the details are frequently very different than the lofty goals with which he describes the deal. So I’d like President Obama to tell us what’s in his trade deal before we grant him this broad fast track authority. So far, though, he’s been unwilling to do that and Hillary won’t even take a position on it. That should concern us. Mr. President, if you want TPA to pass, please just tell us what is in TPP.”
Meanwhile, despite claims that climate change mandates would not be a part of TPP, President Obama admitted during an NPR interview on Wednesday that this would indeed be the case.
“If we want to solve something like climate change, which is one of my highest priorities, then I’ve got to be able to get into places like Malaysia, and say to them, this is in your interest. What leverage do I have to get them to stop deforestation? Well part of the leverage is if I’m in a trade relationship with them that allows me to raise standards,” said Obama.
By passing such mandates via the TPP, Obama could sneak through draconian climate regulations under the radar, knowing that they would almost certainly be rejected by Congress on their own.
This would satisfy calls by the likes of French Foreign Minister Laurent Fabius – a Bilderberg member – to enforce the new rules via global treaties to cut Congress out of the equation. Obama will attend summit in Paris in December to negotiate a climate agreement.
“Obama would not need to get Congress to approve the unfair climate change treaty terms that he negotiates. Instead, he could get the Commission set up by the Trans-Pacific Partnership agreement to add those terms to the Trans-Pacific Partnership,” writes Howard Richman.
“After that, the Investor-State Dispute Settlement Provisions, set up by that agreement, could enforce Obama’s terms through the threat of multi-billion-dollar fines upon the U.S. government.”
Critics of the TPP assert that the trade deal will cost American jobs and give huge corporations the power to change U.S. laws.
Earlier this week, Wikileaks released 17 different documents related to the Trade in Services Agreement (Tisa), which is part of the TPP.
_____________________________________________________________
10 REASONS WHY YOU SHOULD OPPOSE
TPP AND TTIP
BY  William F. Jasper
SEE: http://www.thenewamerican.com/usnews/constitution/item/21010-10-reasons-why-you-should-oppose-obamatrade; republished below in full unedited for informational, educational, and research purposes:

Fast Track Must Be Defeated

Here comes another secret ObamaTrade treaty with enormous ramifications for every American. Wikileaks has released 17 documents related to a mammoth trade agreement the Obama administration has been negotiating that will, purportedly, cover 80 percent of the U.S. economy. It’s called TISA, the acronym for Trade In Services Agreement. It’s a pretty sure bet that 99.99 percent of Americans have never heard of it. But if the U.S. House of Representatives votes to give President Obama Trade Promotion Authority (TPA, better known as “Fast Track”) — and this vote could happen soon — TISA could be rammed through Congress in expedited fashion, along with the hugely controversial Trans-Pacific Partnership (TPP) and Transatlantic Trade and Investment Partnership (TTIP).
As with the TPP and TTIP, the TISA treaty negotiations have been ongoing for several years in total secrecy, despite the Obama administration’s absurd claims that the process is completely “transparent.” Members of Congress and the American public are excluded from the process and are not allowed access to the document texts, texts that will become binding upon United States citizens once they are rushed through Congress on the TPA fast track. U.S. courts, or tribunals created under TISA, or World Trade Organization (WTO) tribunals are virtually certain to use TISA — as they have already done using NAFTA — to rule that U.S. laws are illegal and must be changed.
The TISA treaty is being negotiated by the United States, the European Union, and 23 other nations, including Turkey, Mexico, Canada, Australia, Pakistan, Taiwan and Israel. Together, TISA “partners” comprise two-thirds of global GDP. The “services” covered reportedly account for nearly 80 percent of the U.S. economy and include issues such as banking, finance, insurance, health care, air traffic, maritime, professional services, professional standards and licensing, e-commerce, delivery services, transparency, domestic regulation, and much more.
Last year WikiLeaks released its first batch of TISA documents. As The New American noted in an article on the leaked texts last October, one of the most obviously objectionable portions of the texts is the outrageous assertion that the documents even be kept secret for 5 years after they go into effect! We reported:
The very first page of the draft text states: “Declassify on: Five years from entry into force of the TISA agreement or, if no agreement enters into force, five years from the close of the negotiations.”
Moreover, it states: “This document must be protected from unauthorized disclosure.... It must be stored in a locked or secured building, room, or container.” Members of the U.S. Congress are not allowed to see the secret text; it will be presented to them, finally, in a high-pressure, no-debate vote, following a massive lobbying effort by the usual crony corporatists from the financial, insurance, and information technology sectors.
Incredibly (but as should be expected), the participants in and promoters of the TISA insist that they are all for transparency, openness, and due process. The U.S. Trade Representative’s website on TISA declares: “TISA will support the development of strong, transparent, and effective regulatory policies, which are so important to enabling international commerce."
Now, more than half a year later, the Obama administration continues to claim that it is being totally open and transparent with its “trade agreement” negotiations, which, if true, would have rendered the WikiLeaks release unnecessary. The fact that the administration has not released the TISA texts and that it took an extraordinary effort by a private organization to get portions of them released, should serve as warning that TISA negotiations, like those for TPP and TTIP, are operating in the shadows and should be brought out into the sunshine. That won’t happen if the Republican leadership in the House and Senate cooperate with the Obama White House and Congress passes Fast Track to speed the ObamaTrade agenda into effect.

James 1:26-"If anyone thinks himself to be religious, and yet does not bridle his tongue but deceives his own heart, this man's religion is worthless."
Jude 1:19-"These are the ones who cause divisions, worldly-minded, devoid of the Spirit."
Hebrews 10:26-27-"For if we go on sinning willfully after receiving the knowledge of the truth, there no longer remains a sacrifice for sins, but a terrifying expectation of judgment and the fury of a fire which will consume the adversaries."

Romans 6:1-"What shall we say then? Are we to continue in sin so that grace may increase?"

"Questions, Questions:
What I Would Have Asked The Duggars-
Janet Mefferd": 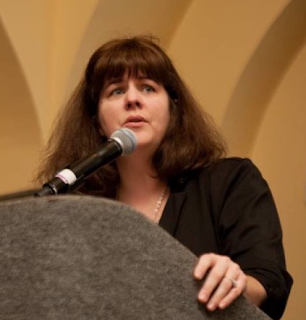 AND by Brent Detwiler:
SEE: http://www.brentdetwiler.com/brentdetwilercom/questions-questions-what-i-would-have-asked-the-duggars-jane.html; republished below in full unedited for informational, educational, and research purposes: