EXCERPT:
The Indiana National Guard has purchased two military UH-72 Lakota helicopters which will also be used by local law enforcement and the DHS for “homeland security missions”.
The chopper is renowned for its “maneuverability and power” and also features sophisticated sensor technology used for “automatic target tracking” that can “spot a weapon or read a license plate from a distance where the Lakota remains undetected,” according to a promotional video for the helicopter.

EQUIPMENT BECAUSE USA IS A WAR ZONE:

SEE: http://www.infowars.com/indiana-sheriff-we-need-military-equipment-because-usa-is-a-war-zone/
Posted by John at 2:23 PM Links to this post 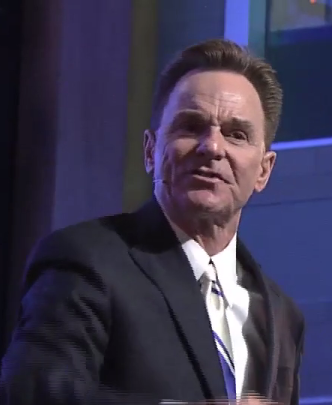 By Ken Silva pastor-teacher on May 8, 2014;
republished below in full unedited for informational, educational, and research purposes:

Apprising Ministries is doing what we can to warn you of a growing apostasy that I could never have imagined in my wildest dreams. With it has come a growing syncretism as the Gospel shifts from repentance and forgiveness of sins in Jesus’ Name to let’s all work together to make the world a better place.
With all of that new man-centered mythology has come the blurring and erasing of doctrinal lines at spiritual warp speed; take for example, Word Faith Slithering Closer To Mainstream Evangelicalism and Emerging Ecumenical Evangelephants And The Word Faith Movement.
Since the beginning of this year 2012, bolstered by the ill-advised Elephant Room conferences of curator James MacDonald and his partner in spiritual crime Mark Driscoll, we’ve even seen nefarious Word Faith heretic T.D. Jakes come to be embraced by mainstream evangelicals.
We’ve even witnessed the mainstreaming of Joyce Meyer, another blatant Word Faith heretic and prosperity preacher. For example, I showed you where Rick Warren, General of the Seeker Driven Army, used her WF fables e.g. Rick Warren’s Saddleback Church Men’s Group Studies Joyce Meyer.
With this in mind we turn attention once again to the SBC Pastors Conference 2014 (PC14) with Rick Warren, Francis Chan, and James MacDonald coming up a month from now, June 8-9 2014, at the Baltimore Convention Center in Baltimore, MD. The official website tells us:

The 2014 Southern Baptist Pastors’ Conference, June 8-9, immediately followed by the Southern Baptist Convention, June 10-11, will be held in Baltimore, at the Baltimore Conference Center right on Inner Harbor.  The theme of the conference represents a deep soul-cry of “Show us Your glory”.
The Conference President, Dr. Bruce Frank of Biltmore Baptist Church in Arden, NC and his team have been working, praying and planning to create a meeting where the presence of God is experienced in a life changing powerful way. (source, click About)

So all of this contemplative sounding language concerning the upcoming PC14, in order to experience “the presence of God” they hope “in a life changing powerful way,” tells us it’s actually the precursor to set the table for this year’s annual meeting of the Southern Baptist Convention. I would offer this is quite significant.
PC14 featuring the trio of a sinful ecumenicist like Rick Warren, Francis Chan, who’s declared his love for NAR heretic Mike Bickle,1 and James MacDonald, a leading figure in a self-appointed Evangelical Ecumenical Magisterium of multisite megachurch pastors,2 gives us plenty of cause for concern in regard to the SBC.
Among the other speakers at PC14 we find Dr. Ronnie Floyd. His PC14 bio informs us he’s:

served as Senior Pastor of Cross Church in Northwest Arkansas for 26+ years. Cross Church is a four-campus, multi-site fellowship of believers and was just recognized by Outreach Magazine for being the 57th Largest Church in America in Weekly Attendance…
He currently serves as the General Editor of Lifeway’s Bible Studies for Life curriculum series,…[and Dr. Ronnie Floyd] is the Lead Pastor and Strategist of SEND North America, and most recently served as the Chairman of the Great Commission Resurgence of the Southern Baptist Convention. (source, click Speakers and then click his picture)

Now let me point you to a report from Baptist Press (BP), which was “[f]ormed in 1946 by the Southern Baptist Convention, and supported with Cooperative Program funds,…”3 In February BP reporter Art Toalston informed us that Ronnie Floyd to be SBC president nominee:

Arkansas pastor Ronnie Floyd will be nominated for president of the Southern Baptist Convention at the SBC annual meeting this June, seminary president R. Albert Mohler Jr. announced today (Feb. 20).
Floyd has “unparalleled experience as a leader among us, an unquestioned commitment to the Great Commission, and he has demonstrated an unstinting urgency to unite Southern Baptists around our shared beliefs, mission, and programs,” Mohler, president of Southern Baptist Theological Seminary in Louisville, Ky., wrote in an open letter to Southern Baptists stating his intention to nominate Floyd at the SBC annual meeting in June.
During the 27 years Floyd has led Cross Church in northwest Arkansas, it has become “one of the most evangelistic, visible and innovative congregations in our convention,” Mohler wrote. (source)

It’s what kind of innovation we are seeing on the part of Ronnie Floyd which forms the basis of my article here. Specifically, Floyd’s 1/26/14 sermon entitled Chained-Investing in the Now, which as of this writing, you can still catch on the Cross Church Vimeo channel. My point being, he obviously stands by it.
As you’ll see, during the sermon Floyd touts the WF mythology of Robert Morris, pastor of Gateway Church (GC), who’s gained most of his growing notoriety within megachurch circles for his book The Blessed Life (TBL), which arose out of a sermon series he did. It’s now also the title of:

More on the teaching of Robert Morris in a minute. First, when we consider the September 9, 2013 postTuning in Regularly by Ronnie Floyd at his personal blog. I think we should be a bit alarmed at the number of EEM megachurch pastors Floyd is being influenced by. He tells us that:

If you’re a regular reader of Apprising Ministries you’ll recognize most of those names as being part of those “vision casting” EEM prophet-pastors I cover on a regular basis. So, we shouldn’t be surprised to find Ronnie Floyd promoting the WF work of Robert Morris; after-all, Floyd’s just told us he listens to Morris regularly.
The introduction of Floyd’s  1/26/14 sermon in question purports, in jargon typical of Word Faith preachers a la T.D. Jakes, to be helpful for us to “break free financially in 2014.” Perhaps this is a reason Floyd draws from a WF preacher like Robert Morris; and he’s far from the only multi-site megachurch pastor who’s done so with Morris.
He’s really made the rounds to many EEM churches with his TBL mythology; including Saddleback Church of Rick Warren, as well as Perry Noble’s Newspring Church. In fact, Morris even has enough clout within Church Growth Movement circles to have Bill Hybels speak at his Alpha Summit 2012:

Unfortunately, when TBL dropped originally Robert Morris was still flying under the radar so there really hasn’t been much written exposing its false teachings. The point of this piece is to further document possible future SBC president Ronnie Floyd’s endorsement of WF preacher Robert Morris, which should be a real cause for pause.
So, for now, I’m going to refer the interested reader to the earlier AM pieces Debunking The Blessed Life by Word Faith Preacher Robert Morris—Part 1 and Debunking The Blessed Life by Word Faith Preacher Robert Morris—Part 2, which feature the insightful Biblical analysis of Christian apologist Chris Rosebrough.
Just know that the central fable of TBL by WF preacher Robert Morris is that our personal finances are under the curse of God until we redeem them by tithing to Him. Now you should be able to begin to understand why Morris’ mythology has become so appealing to multi-site megachurch pastors with their huge monetary needs.
As I begin to wrap this up, in Ronnie Floyd’s 1/26/14 sermon, while he’s teaching the “universal principle” of first fruits—coming quite close to sounding like seed-sowing prosperity preaching—we find that Floyd allows people in his congregation to use of the atrocious Message4 paraphrase of mystic Eugene Peterson.
Sadly, notice in this short clip, while equating the Crucifixion of Christ to first fruits tithing—just as WF preachers so often do—Floyd even takes the Name of the Lord in vain:
http://apprising.org/wp-content/uploads/2014/05/Floyd1.m4v
We also note that Robert Morris holds to the classic WF myth that our words have creative power. You need only look at the title of his 2009 book The Power of Your Words: How God Can Bless Your Life Through the Words You Speak to see this. A typical WF preacher, Morris teaches that what you speak out will determine your future.
And now, listen for yourself as Dr. Ronnie Floyd refers to The Blessed Life as “one of the greatest books on financial matters that I’ve ever read.” Yet it’s a book containing antibiblical WF mythology from Robert Morris:
http://apprising.org/wp-content/uploads/2014/05/Floyd2.m4v
Finally, I leave you with Chris Rosebrough’s salient commentary Ronnie Floyd Teaches Robert Morris’ Money Curse Heresy concerning Dr. Floyd, recommended by Dr. Al Mohler to be the next SBC president, teaching the WF fable of Robert Morris:
http://0352182.netsolhost.com/F4F/F4F030314.mp3
(Go to Part 2)