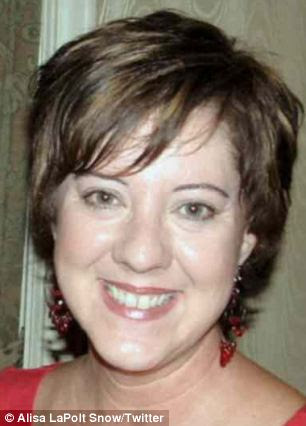 Alisa LaPolt Snow, a lobbyist with the Florida Alliance of Planned Parenthood Affiliates, and on the board of Catholic Charities of Northwest Florida-Tallahassee, http://www.snowstrategies.com/ourteam.php, Alisa Snow testified before the Florida legislature that if a baby survives an attempted abortion and is born alive, breathing on its own, it must be the mother's and/or abortionist's choice to murder the infant. This despite the statement at the above website that:
"Alisa formed Snow Strategies in 2005 and was joined by Chris a year later. They have emerged as leading figures at the state Capitol for representing health care providers who serve children with varying degrees of medical needs."
And otherwise claiming to represent the interests of children by assisting a list of corporate clients as stated at her website: http://www.snowstrategies.com/clients.php. Said list does not presently mention her representation of Planned Parenthood and/or its affiliates.

"Published on Mar 30, 2013
Florida legislators considering a bill to require abortionists to provide medical care to an infant who survives an abortion were shocked during a committee hearing this week when a Planned Parenthood official endorsed a right to post-birth abortion. Alisa LaPolt Snow, the lobbyist representing the Florida Alliance of Planned Parenthood Affiliates, testified that her organization believes the decision to kill an infant who survives a failed abortion should be left up to the woman seeking an abortion and her abortion doctor. "So, um, it is just really hard for me to even ask you this question because I'm almost in disbelief," said Rep. Jim Boyd. "If a baby is born on a table as a result of a botched abortion, what would Planned Parenthood want to have happen to that child that is struggling for life?". "We believe that any decision that's made should be left up to the woman, her family, and the physician," said Planned Parenthood lobbyist Snow. Rep. Daniel Davis then asked Snow, "What happens in a situation where a baby is alive, breathing on a table, moving. What do your physicians do at that point?". "I do not have that information," Snow replied. "I am not a physician, I am not an abortion provider. So I do not have that information.". Rep. Jose Oliva followed up, asking the Planned Parenthood official, "You stated that a baby born alive on a table as a result of a botched abortion that that decision should be left to the doctor and the family. Is that what you're saying?". Again, Snow replied, "That decision should be between the patient and the health care provider.""
National Right to Life reported that Snow dodged questions at least five times:
http://www.nationalrighttolifenews.org/news/2013/04/florida-planned-parenthood-opposes-bill-to-treat-babies-who-survive-abortion-like-any-other-baby/#.UVny5hx1-wQ.

Posted by John at 4:56 PM Links to this post

As reported by The New American, a chilling Nazi sounding fascist order of "quick, cheerful obedience" was broadcast to agents internally on agency television: http://thenewamerican.com/usnews/immigration/item/14941-homeland-security-demands-obedience-in-message-to-agents. 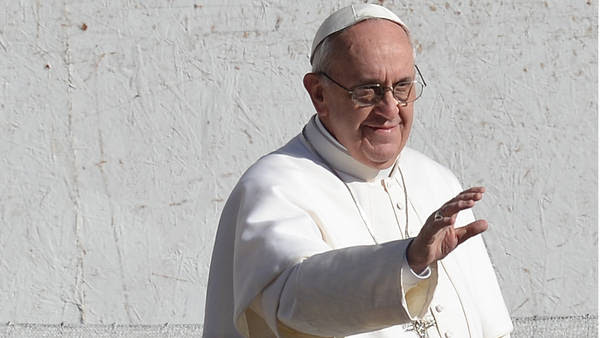 Pope Francis is in support of gay civil unions, as reported by the New York Times: http://www.nytimes.com/2013/03/20/world/americas/pope-francis-old-colleagues-recall-pragmatic-streak.html?_r=0&utm_source=April+2013&utm_campaign=April&utm_medium=email.
and in this YouTube video:
http://www.youtube.com/watch?v=yyCGpCgRUNA.

ANDY STANLEY'S "VERBAL VOMIT"
Ralph Ovadal of Pilgrims Covenant Church, Monroe, Wisconsin www.pccmonroe.org, has delivered a strong rebuke of Andy Stanley in the context of a recent sermon on Revelation 22:10-11, "The Filthy, the Foolish, and the Gospel", dated March 24, 2013 which can be found on Sermon Audio at: http://www.sermonaudio.com/sermoninfo.asp?SID=3261310400,
and/or played here: http://mp3.sa-media.com/media/3261310400/3261310400.mp3.
It is unfortunately rare for any of today's pastor/leaders to even dare to criticize Andy Stanley or a whole host of emergent types. It is also rare for these same anointed ones to even warn their congregations (old word "flocks") of the dangers of these superstars of Christianity, which are their godlike models for ministry.
We seek to offer a perspective on Stanley first to expand on our previous posts and to supplement further for your increased knowledge and awareness so you can blow away all the smoke veiling the energy filled new paradigm of doing church that Stanley markets. We say "markets" for a good reason. That reason is his adulation for the person of Bill Hybels and his business methodologies applied to the re-casting of "church for the unchurched and irreligious".
We have previously pointed out Stanley's gross (but "purpose driven") naming Obama as our national "pastor-in-chief", despite Obama's evil agendas. But Stanley has deliberately geared all that he says and does to appeal to the unregenerate pop culture rather than show any old fashioned concern about the spiritual growth, maturity, holiness and/or sanctification of existing believers in Christ.
For that un-Biblical purpose and approach to ministry, Stanley has had to re-think, re-cast, re-shape, re-build, and re-design every single aspect of doing church for the "next generation", not for the present one.
Stanley has a track record of his beliefs and practices which are known worldwide, which revolve around the basic concept of "church for the unchurched". We can see and hear that in his own words as reported by the Christian Post in two articles:
http://www.christianpost.com/news/andy-stanley-tells-pastors-to-reach-unchurched-people-make-church-appealing-and-engaging-91920/.
http://www.christianpost.com/news/andy-stanley-christians-are-now-the-minority-must-adapt-approach-to-sharing-gospel-92232/. Stanley's erroneous premise for changing the approach to sharing the gospel based on false idea that the church was a majority but is now a minority without the power or authority it once had.