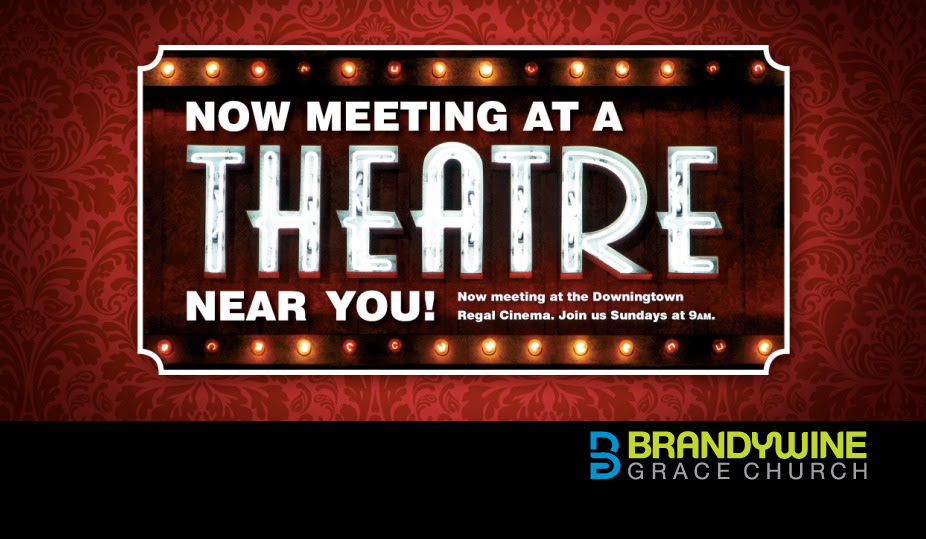 Sovereign Grace church meets in a movie theater in Downingtown, PA. Candy in the foyer, plenty of non-dogmatic dumbed down Bible and seeker friendly atmosphere. Believers? Where? See: http://www.brandywinegrace.org/. The Vimeo movie of the "theater experience" is at: http://vimeo.com/15305935. Need a traditional church? Are there any left and where are they hiding?

Posted by John at 2:35 PM Links to this post

The self-appointed Southern Baptist pastrix/elder/prophetess Beth Moore, could easily identify with any charismatic, pentecostal, word of faith church, pastor and/or teacher/preacher. Even the neo-reformed personality pastors like Wayne Grudem, John Piper, Albert Mohler, Jr., CJ Mahaney and "reformed charismatic" denominations/fellowships such as Sovereign Grace Ministries, "Reformed" Presbyterian, etc. are continuationist to one degree or another. They do not believe that the "sign gifts" of the Holy Spirit, speaking in tongues, healing, prophecy, words of knowledge ceased with the death of the apostles and the establishment of the early church. Concurrently, they believe in the continuation of modern day apostles and prophets that have authoritative (and sometimes non-authoritative per Grudem) revelations for us today.
Wayne Grudem, although claiming to be "reformed", nevertheless has "allowed for" the possibility of the continuation of these gifts. This allowance is confusing especially when one considers that Grudem was an in-house theologian and apologist for John Wimber's Vineyard Church which is hyper-charismatic, and subscribes to "power evangelism", the belief that evangelism cannot be effective without "the stuff", i.e., displays of the alleged sign gifts. Grudem has also admitted that he prays in a "private prayer language" known and understood by him alone. Grudem as well as the rest of these continuationists are making the canon of Scripture fluid, i.e., adding to or subtracting from the words and original/in context meanings.
All the continuationists are not to be trusted, despite their seeming orthodoxy at times. Error is sometimes hidden in massive amounts of truth. It is better to be willingly discerning like the Bereans than to be willingly ignorant. The leaven of error eventually rots the whole. Don't think you can make use of what seems good and leave the rest.
Here Beth Moore becomes bolder in her assertion that she is hearing directly from God for your benefit. At the same time she maligns the so-called "religious extreme" of cessationism by both mischaracterizing cessationists and what they believe about miracles AND God's ability or willingness to perform miracles. This is a deceptive form of DIAPRAX, presenting the thesis and antithesis and selling the compromise as a "reasonable" position for you to adopt:

SOCIALISM IS SLAVERY-WHY NOT END IT IN THE U.S. TOO?

From the Christian Post is an article about Gary Haugen speaking at Louis Giglio's "Passion 2013" to approximately 60,000 youth about slavery in the world and the goal to raise $3 million to end it: http://www.christianpost.com/news/gary-haugen-at-passion-2013-you-can-be-the-generation-that-ends-slavery-in-the-world-87615/.
Trouble is, these same youth have been brainwashed by the public schools and their "community" minded pastors to think socialism, if not fascism, both of which will enslave people right here in the once free U.S.A., if not now then tomorrow. Instead, all that money could have been used towards preserving individual freedom here, in both church and state.
The following video shows Todd Rhoades of Leadership Network http://leadnet.org/about/staff-info/toddrhoades, discussing the fact that scripture twisting Louis Giglio of Passion 2013 has been chosen to deliver the invocation and benediction at Obama's inauguration on January 21, 2013. Apparently the association of Giglio as well as Rick Warren in 2008 with socialist Obama is something to giggle about. That should come as no surprise, given that Todd Rhoades is associated with the mega-church pastor training outfit Leadership Network, one of the sources, besides the Peter Drucker sycophants and Catholic mystical adherents of the emerging churches, of gospel twisting, enslaving, church leadership methodologies. It doesn't occur to all these that slavery is being birthed right in the U.S.A. while they market their self aggrandizing, allegedly slave-ending campaigns in third world countries.
These are perilous times with the cult of personality seeking every opportunity to, and learning to glorify themselves, with all the latest marketing techniques along with the internet, the media, the social networks, using grandiose, experiential conferences/venues, geared to infect the youth with their apostasies and heresies.
BEWARE, THESE ARE EVIL DAYS! As was true with Hitler, all it takes is an entire nation to be deceived, starting with the youth and the churches complicit.

Posted by John at 8:22 AM Links to this post