Posted by John at 3:15 PM Links to this post VIRIDIAN WEAPON MOUNTED CAMERAS & MICROPHONES ISSUED TO POLICE
BY DUNCAN JOHNSON
SEE: https://www.ammoland.com/2018/06/viridian-weapon-mounted-cameras-issued-to-police/#axzz5IauW4YFz; republished below in full unedited for informational, educational and research purposes:
MINNEAPOLIS, Minn. –-(Ammoland.com)- Viridian Weapon Technologies has announced that the Moody Police Department in Alabama will be the first department in the state of Alabama and among the first departments in the world to formally deploy Viridian’s FACT Duty Weapon-Mounted Cameras (WMC™). Last month, the Moody City Council voted to purchase and outfit all of the officers in the department with FACT Duty WMCs.
Viridian has created an important new category for law enforcement with the introduction of the FACT camera. This unique Weapon-Mounted Camera provides an unobstructed view of critical use-of-force events from the end of the firearm, addressing limitations officers can face with body cameras. The highly advanced WMC employs a 1080p full-HD digital camera with a microphone and 500 lumen tactical light. Viridian’s proprietary INSTANT-ON technology automatically activates the camera and microphone whenever the officer draws the firearm from its holster. Not only does this eliminate risk of failure to manually turn on the camera during a critical event, but it also keeps the officer from fumbling with cumbersome equipment.
FACT WMCs do not require the purchase of supplemental equipment or services and are designed exclusively to answer the needs of today’s officers. The WMCs fit on existing standard-issue firearms and fit seamlessly in multiple duty holster platforms. The cameras feature a battery life of over three hours to handle virtually any scenario. They also incorporate secured data access and are easily rechargeable.
Body and dash cameras were not designed to capture officer-involved shootings. However, Viridian WMCs were designed specifically for this purpose.
The WMC generates just a small fraction of the data to manage compared to other law enforcement recording options because it only records when the officer’s weapon is drawn. This results in significantly lower comparative data management costs.

“The Moody Police Department’s implementation of our WMC is an extremely important milestone,” said Viridian President and CEO Brian Hedeen. “This is a tremendous leap forward for policing. Current events point to the fact that body and dash cameras alone are inadequate, and because of this, nearly 200 police departments across the country are now in the process of testing and implementing FACT Duty WMCs in their departments. These WMCs provide an unfettered perspective for officer-involved shootings and other use-of-force incidents, and our products help show what really happened.”

More information on FACT Duty WMCs can be found at ViridianWeaponTech.com/FACT-Duty-Learn-More. Law enforcement agencies interested in signing up for test and evaluation programs or learning more about this product can contact Sales@ViridianWeaponTech.com.
Interviews, video/digital assets and additional information are also available by contacting tim@murrayroadagency.com.
About Viridian Weapon Technologies Headquartered in Minneapolis, Minnesota, Viridian Weapon Technologies is devoted to applying cutting-edge technology to design compact, powerful self-defense products for the civilian, military and law enforcement markets. Viridian® is the leader in weapon-mounted technology and responsible for a number of firearm innovations including green and red laser sights, LED weapon-mounted illuminators and several shooting accessories including the Tacloc® Holsters. Viridian products are designed and built in the USA. More information is available at www.ViridianWeaponTech.com.

Posted by John at 3:09 PM Links to this post 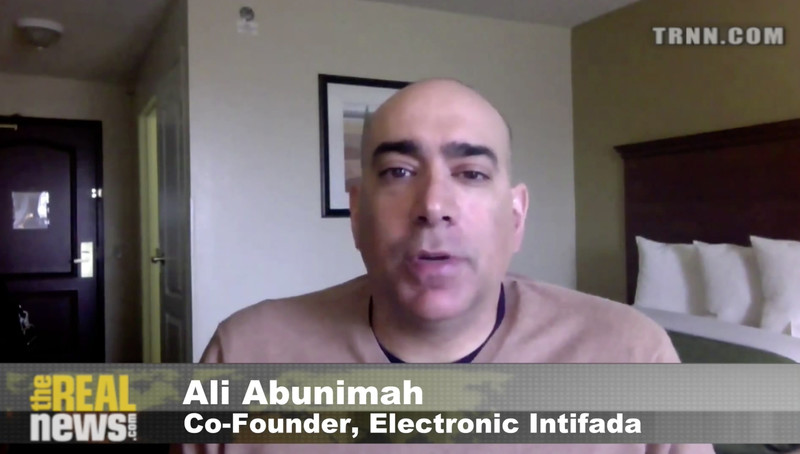 MASSACHUSETTS: PUBLIC HIGH SCHOOL HOSTS ANTI-SEMITIC ALL DAY EVENT FEATURING "PALESTINIAN" PROPAGANDA
BY ROBERT SPENCER
SEE: https://www.jihadwatch.org/2018/06/massachusetts-public-high-school-hosts-anti-semitic-all-day-event-featuring-palestinian-propaganda; republished below in full unedited for informational, educational and research purposes:
“This blood libel,” said Jacobs, “the ‘Jew-as-Nazi’ lie is the ‘narrative’ that drives Jew-hatred around the world and here you are teaching this to our children.”
Yes, and it’s based on “Palestinian” victimhood propaganda that all too often features manufactured IDF atrocities that never actually took place. 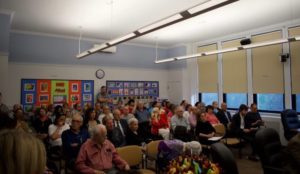 “Jewish Parents Outraged at anti-Semitic All-Day Event at Newton North High: Turmoil at School Board Meeting,” Americans for Peace and Tolerance, June 13, 2018 (thanks to Richard):

Angry parents and citizens dominated the first hour of a scheduled Newton Public School board meeting on Monday night, in an effort to show their disgust and rage at the continued teaching of bias against Israel that has been the focus of controversy in this leafy, heavily Jewish suburb for more than 5 years.
Waving signs of “Fire Fleishman!” and “Replace Goldman!”, around 70 angry citizens protested the mistreatment of the Jewish community by city officials the evening of June 11.
Ruth Goldman, Chair of the Committee, restricted discussion of the controversy to only 7 speakers from among those who came to protest the on-going defamation of Israel and Jews in Newton’s school rooms. More than 15 had signed up to speak.
Charles Jacobs, president of Americans for Peace and Tolerance, reminded the board that Mayor Ruthanne Fuller had promised the Jewish community “transparency” in what is being taught at the schools, but she has not delivered. This, after the school system was forced to remove from its curriculum the Arab World Studies Notebook, which falsely taught students that Jews torture and murder Arab women in Israeli prisons; and after the School Superintendent David Fleishman had promised Jewish community leaders this past October that he would remove the schools’ entire World History section on the Middle East until scholarly, vetted material was found to replace it. Instead, Jacobs said, Fleishman broke that promise and continued to use material that was pro-Arab, anti-Israel, and anti-Semitic.
Most of the anger was directed at a May 2 all-day event at Newton North High School called Middle East Day, during which Electronic Intifada proprietor Ali Abunimah’s non-profit group screened several anti-Semitic films for the Newton North students. One film, Ismail, grotesquely aped the opening scene of Schindler’s List, except with actors playing Jewish soldiers as the Nazis, and Palestinians as the Jews. “This blood libel,” said Jacobs, “the ‘Jew-as-Nazi’ lie is the ‘narrative’ that drives Jew-hatred around the world and here you are teaching this to our children.”
That very morning, one very liberal Jewish group — the Jewish Community Relations Council (JCRC) — abandoned its six-year-long denial and “hands-off” posture in this dispute and joined Boston’s ADL to send a harshly-worded letter to Superintendent Fleishman demanding to know precisely what happened on May 2 and what was taught to the student assembly and how it happened.
Tom Mountain, Chairman of the Newton Republican Committee and father of a student in the Newton school system, thundered his disgust at the School Committee’s betrayal of the schools’ Jewish students, and the Jewish community in general. He directly demanded the dismissal of Superintendent Fleishman and asked, rather loudly, what sort of Jew could stonewall efforts to protect teenagers, mostly Jewish, from being taught rabid anti-Jewish propaganda.
Aaron Shneider, a new college graduate and alumnus of the Newton school system himself, railed at the committee, spoke of how the system had betrayed him, and that if everyone wants to speak of “balance,” then pro-Muslim and anti-Israel is hardly “balance” in educational presentation….

Posted by John at 3:01 PM Links to this post

"A BRIDGE TOO FAR" LEADS TO NOWHERE EXCEPT HELL VIA PERVERSION, HERESY, APOSTASY

CATHOLIC CHURCH: A PLACE FOR ACCEPTANCE BUT NOT BIBLICAL REPENTANCE

VATICAN BACKED FAMILY RALLY TO HAVE SPEECH ON WELCOMING SODOMITES
SEE: http://the-trumpet-online.com/vatican-backed-family-rally-speech-welcoming-sodomites/; republished below in full unedited for informational, educational and research purposes:
VATICAN CITY (AP) — An international family rally the Catholic Church is hosting in Ireland will feature workshops on hot-button issues facing Catholic families, including protecting children from clergy sexual abuse, weathering divorce and ministering to lesbian and gay faithful.
Pope Francis will join the Aug. 21-26 World Meeting of Families for the last two days and preside over the final Mass in Dublin.
Organizers on Monday unveiled the pastoral program leading up to Francis’ arrival, and it includes some surprising entries. Perhaps none is more surprising than the inclusion of the Rev. James Martin, an American Jesuit scheduled to deliver a presentation on welcoming LGBT Catholics and their families into parishes.
Martin, author of “Building a Bridge,” about Catholic outreach to the LGBT community, has had several talks canceled in the United States in recent months because of pressure from conservative groups who oppose his call for the church to better accompany gay Catholics.
Martin told The Associated Press it was “immensely significant” that a Vatican-backed meeting would include his presentation, saying it showed “that LGBT Catholics and their parents are an important part of our church.”
“The message from the Vatican to LGBT Catholics is this: you belong,” he said.
Martin recalled that during the previous World Meeting of Families, held in Philadelphia in 2015, the only official event about gay Catholics featured a gay man and his mother speaking about chastity.
Martin’s talk is not the only meeting event indicating that organizers were keen to follow Francis’ lead and reach out to some of the most marginalized Catholics. Other workshops are on Catholics suffering from addiction and domestic violence, coping with family members in prison and homelessness.
Others are perhaps addressed to a broader audience: how to find time to pray in a digital age, women in leadership, teenagers in the digital world.
One of the major panels is on child protection, and features the pope’s top adviser on sexual abuse prevention, Cardinal Sean O’Malley. Joining him is Marie Collins, an Irish survivor of abuse who resigned from O’Malley’s panel last year in frustration over the Vatican’s resistance to listening to victims.
_________________________________________________________
NO SALVATION THROUGH JESUS CHRIST HERE
JUST ANOTHER GOSPEL OF "INCLUSION"
GONZAGA UNIVERSITY 2016:

Posted by John at 2:48 PM Links to this post