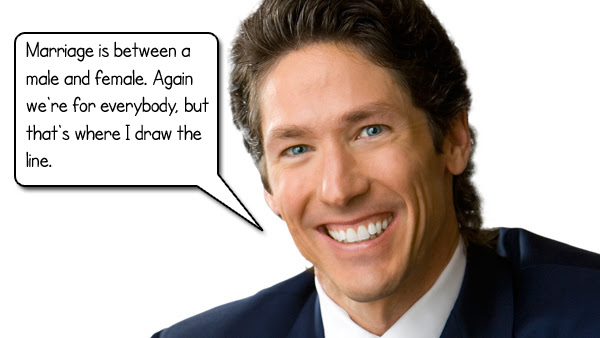 Are Pastors Too Mealy-Mouthed To Tell The Truth About Homosexuality?

as Congress Funds Them:

SEE: http://www.thenewamerican.com/usnews/constitution/item/17822-white-house-boasts-of-obama-power-grabs-as-congress-funds-them;
EXCERPT:
"As Americans recoiled in horror while U.S. lawmakers sheepishly complained and supposedly worked to rein in the Obama administration’s increasingly outrageous usurpation of Congress’ constitutional legislative authority, the White House was releasing a video again boasting of the president’s ongoing unconstitutional plots to bypass the legislature and rule by decree."
VIDEO:
“A Year of Action: Pursuing Opportunity for All”:
Published on Feb 8, 2014
President Obama is not waiting for Congress and is taking steps to use his executive authority to expand opportunity and level the playing field for middle-class Americans.
TAKING STEPS "WITHOUT LEGISLATION":
___________________________________________________________________________
Senators Mark Udall and Ted Cruz pressed Vice Admiral Michael Rogers during the hearing, pushing for an assurance that he would seek to end bulk phone records collection. Of course, it was not forthcoming:

OBAMA'S SURGEON GENERAL CHOICE:
GUNS ARE A PUBLIC HEALTH ISSUE:
SEE:
http://www.infowars.com/obamas-surgeon-general-pick-guns-are-a-public-health-issue/;
EXCERPT:
"Dr. Vivek Hallegere Murthy, the man Obama wants to be America’s next Surgeon General, is a rabid anti-Second Amendment ideologue who believes firearms ownership is a public health issue. Murthy is the president and co-founder of Doctors for America, an organization that melds healthcare and support for gun control legislation."
SEE:
http://www.drsforamerica.org/press-releases/statement-doctors-applaud-president-obamas-gun-violence-prevention-plan-and-ask-congress-to-act SEE:
http://www.nraila.org/legislation/federal-legislation/2014/nra-ila-oppses-murthy-appointment.aspx;
EXCERPT:
"The National Rifle Association strongly opposes the confirmation of Vivek Hallegere Murthy, M.D., M.B.A., as United States Surgeon General.
The Surgeon General has the important tasks of providing the American public with information to better inform decisions related to their health and directing much of the federal government's public health efforts. In order for these roles to be carried out effectively, the public must trust that the Surgeon General's actions are based on empirical and scientific evidence, rather than political or ideological motives. In this regard, Dr. Murthy's record of political activism in support of radical gun control measures raises significant concerns about his ability to objectively examine issues pertinent to America's 100 million firearm owners and the likelihood he would use the office of Surgeon General to further his preexisting campaign against gun ownership."
Read the Letter from NRA-ILA Executive Director Chris W. Cox to Senate leadership.
http://www.nraila.org/media/12029939/murthyltr.pdf
Posted by John at 1:54 PM Links to this post

Published on Mar 12, 2014
An Austin-based tech firm took SXSW by surprise this past weekend when it unveiled what it believes is the future of security technology -- an unmanned aerial vehicle capable of deploying taser nodes and dishing out 80,000 electrifying volts. The drone with 80 kilowatts of intense voltage waits for you to approve, detain or fire on visitors.

He’s 18 and Spent 13 Days in Jail for a Pocketknife in a School Parking Lot — and The Story Only Gets Crazier From There:

Fear Of Guns In Schools Extends To T-Shirts

SEE:
http://culturecampaign.blogspot.com/2014/03/conn-school-censors-controversial-pro.html;
EXCERPT:
"Principal Lee Panagoulias of Branford (Connecticut) High School told the Students for Life club that their pro-life message is just too controversial, and so unlike other student clubs, the pro-life student organization is not allowed to display beliefs or even discuss the subject matter during school hours with other students.


“The First Amendment protects everyone, regardless of the speech that you’re presenting to the student body, regardless of whether it seems controversial to the administration.”
-- Sam Bailey-Loomis, president and founder of the BHS Students for Life"

Bans all statements rather than allow a pro-life message: 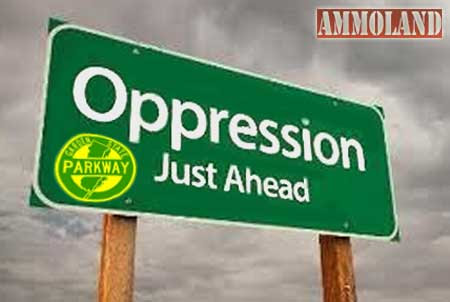 SEE: http://www.thenewamerican.com/usnews/constitution/item/17816-the-nra-19-states-34-congressmen-sue-new-jersey-over-gun-law;
EXCERPT:
"On February 12, 2014, the National Rifle Association (NRA), 19 states, and 34 members of the House of Representatives asked the Supreme Court to review a New Jersey court’s decision restricting Second Amendment rights of its citizens. Leading the requests is Attorney General of Wyoming, Peter Michael, who sees the danger in letting the decision by the 3rd District Court in New Jersey stand, as it could require that every other state with greater protections for its citizens reduce them substantially. In New Jersey, almost no one can obtain a concealed carry permit."
Posted by John at 12:23 PM Links to this post