SEE: http://bjunews.com/2014/12/15/new-leaked-audio-pettit-contradicts-grace-reassures-bju-is-safe/; republished below in full unedited for informational, educational, and research purposes; may contain some errors in transcription from audio. You can listen to the audio here of Pettit's speech:

Spokane Sheriff Says He Can Take Your Life

And Affect Your Freedom 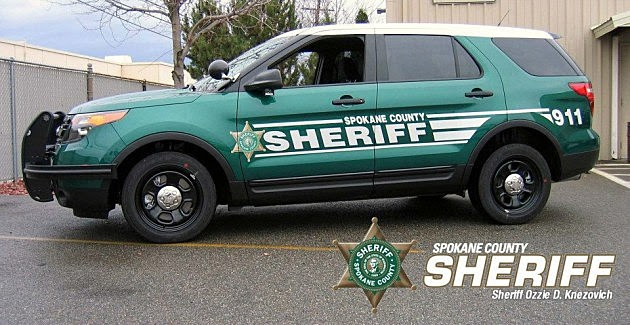 Spokane Sheriff Ozzie Knezovich talks about "Bullying" to 5-8 year olds at the NEYC;

Published on Oct 19, 2012
Spokane County Sheriff Ozzie Knezovich talks to 5-8 year olds at the Northeast Youth Center about "Bullying". Kate Green and all the staff at the Northeast Youth Center do a great job address problems our children face such as "bullying". This is the second year Sheriff Knezovich has had the opportunity to talk to the children about this very important topic.
VIDEO:
https://www.youtube.com/watch?v=Yzykr_0gQTI

about "Bullying" with teens at NEYC;

ALERT:
AN IMMINENT THREAT TO ALL
CHRISTIAN CHURCHES & MINISTRIES
"‘Every Religious Organization Should Be Worried':
Kentucky Wants Ark Encounter to Hire Non-Christians":
December 17, 2014 by Heather Clark:
SEE: http://christiannews.net/2014/12/17/every-religious-organization-should-be-worried-kentucky-wants-ark-encounter-to-hire-non-christians/; republished below in full unedited for informational, educational, and research purposes:
"PETERSBURG, Ky. – Ken Ham, the founder and president of the Kentucky-based ministry Answers in Genesis (AIG), is expressing concern over new demands that the state is requiring of its proposed Ark Encounter, namely its requirement that the ministry not engage in “religious preference” in its hiring—meaning that it can’t refuse applicants simply because they are non-Christians.
“AIG as religious organization has the legal right to hire people who believe in our Christian faith—which is a right for any religious organization, whether Christian or not,” he said in the four-minute video posted to Facebook on Saturday.
Ham said that the matter became an issue when the state asked his ministry to resubmit its application for a sales tax refund, since the scope for the theme park had changed, and will open its various attractions incrementally instead of simultaneously.
“As we reapplied for the incentive, the state surprised us with two conditions not found anywhere in the law,” he said. “That is, one, we can’t show religious preference in our hiring, and two, we couldn’t share our faith at the ark.”
But Ham found this requirement to be problematic and said that the ministry had been upfront with the state since the beginning that the Ark Encounter is a Christian endeavor.
“I should point out that the state has known all along that our ark project was based on the Bible—it’s always been a religious attraction,” he stated. “Furthermore, when our attorneys met with the state officials earlier this year, we clearly explained the change in ownership structure and the need to preserve our rights as a religious organization, including the importance of not giving up our right to hire employees at the Ark Encounter who share our faith–as allowed by law.”
“In place of any restriction on religious preference in hiring, we agreed to comply all applicable state and federal laws, like those contained in other economic incentive agreements at the state, and the state agreed,” Ham said. “Only after the atheists groups objected and publicly attacked the state’s preliminary approval did the state renege on its commitment.”
The Australian-born Christian apologist asserted that Kentucky’s requirements of the ministry are unlawful.
“The state’s new conditions are clearly illegal,” Ham declared. “We can cite both federal and state laws that permit religious preference in hiring, like the 1964 Civil Rights Act. That’s why atheists groups can and do discriminate in their hiring.”
He said that all Christian organizations should be concerned about this requirement.
“This employment issue is a mater of great importance not only to every Christian organization, to every church that doesn’t want to give in to demands from the government to hire non-Christians,” he said. “In fact, every religious organization should be worried about what the state of Kentucky is trying to do.”
As previously reported, in 2010, AiG unveiled plans to build a 510-foot long ark in northern Kentucky, just southwest of Cincinnati, Ohio. The project, named the Ark Encounter, will follow the proportions and description of Noah’s Ark in the Book of Genesis. Construction for the theme park is currently underway."
_______________________________________________________________

Ken Ham Responds to the State of Kentucky

Published on Dec 12, 2014
Find out more at https://answersingenesis.org/ministry....