IS WAYNE GRUDEM BELIEVABLE?~CHANGES COURSE ON TRUMP FOR THIRD TIME & RECOMMENDS VOTING FOR HIM AGAIN

GRUDEM A THEOLOGIAN, BUT NOT A CONSTITUTIONALIST?

Then Vote for Trump’s Policies

Who is Wayne Grudem? Does his Trump endorsement matter?

BY JACOB LUPFER
SEE: http://www.patheos.com/blogs/jacoblupfer/2016/10/who-is-wayne-grudem-does-his-trump-endorsement-matter/; republished below in full unedited for informational, educational, and research purposes:

Wayne Grudem is an evangelical theologian and professor at Phoenix Seminary. He hails from the Reformed wing of conservative evangelicalism, and is perhaps best known for his teaching on gender roles.
In 2010, Grudem published a handbook about Christianity and political issues called Politics according to the Bible. So if you only know a few things about Grudem, you know that he has a tendency to think that his views and what the Bible teaches are one in the same. I imagine that goes to your head and finds expression in some pretty ugly ways. Grudem:

If you were a well-respected conservative evangelical theology and Bible professor with no training in normative or empirical political science, you could still get a conservative evangelical publishing house to pay you for a book about politics. You could get conservative websites to publish your opinions.
I think it’s fair and important to point out that evangelicals do not have any special insight about politics. Sure, political journalists regularly ask evangelical elites for comment on political matters because we are told that evangelicals are an interesting and consequential slice of the American electorate.
After four decades of partisan political engagement, we now have a lot of evangelical organizations and figureheads around the country that specialize in politics. Many of them have no reasonable claim to special knowledge, insight, or wisdom about Christianity and politics. Some lead with faith, some lead with politics. But not many of them are experts in any meaningful way.
Still, political journalists are primed to suppose that evangelicals know and care what evangelical leaders think about politics. They don’t.
Last week, I suggested (here and here) reasons why Trump-voting evangelicals disproportionately hail from non-denominational institutions. Grudem is a serious Calvinist with rigorous theological commitments. But I note that he teaches at an unaffiliated institution. Maybe that’s not a relevant point. I just wonder if he might be counseled by theologically like-minded colleagues at a Southern Baptist or Presbyterian institution to not write meandering op-eds about whether he thinks Christians should vote for Trump.
No one is looking to Professor Wayne Grudem, Bible scholar and theologian, for guidance about whether to vote for Trump. His meandering, inconsistent, public waffling in real-time about Trump is truly not very interesting. It is typical of white conservative evangelicals who have been socialized into thinking that Democrats are particularly evil and that Republican voting is essentially a Christian duty, but who would balk at supporting an obnoxious, unchristian GOP nominee like Donald Trump.
Dr. Grudem’s latest op-ed is here. It is terrible. The only lesson here is that some leading evangelicals are objectively bad at thinking about politics, even if they, like Grudem, went to Harvard and have a good professional reputation.
_______________________________________________________
SEE ALSO:
http://www.premier.org.uk/News/World/Wayne-Grudem-if-you-don-t-like-the-candidates-vote-for-Trump-s-policies;
EXCERPT: "Wayne Grudem concludes: "The most likely result of not voting for Trump is that we will be abandoning thousands of unborn babies who will be put to death under Hillary Clinton's Supreme Court, thousands of Christians who will be excluded from their lifelong occupations because they won't affirm same-sex marriage."" 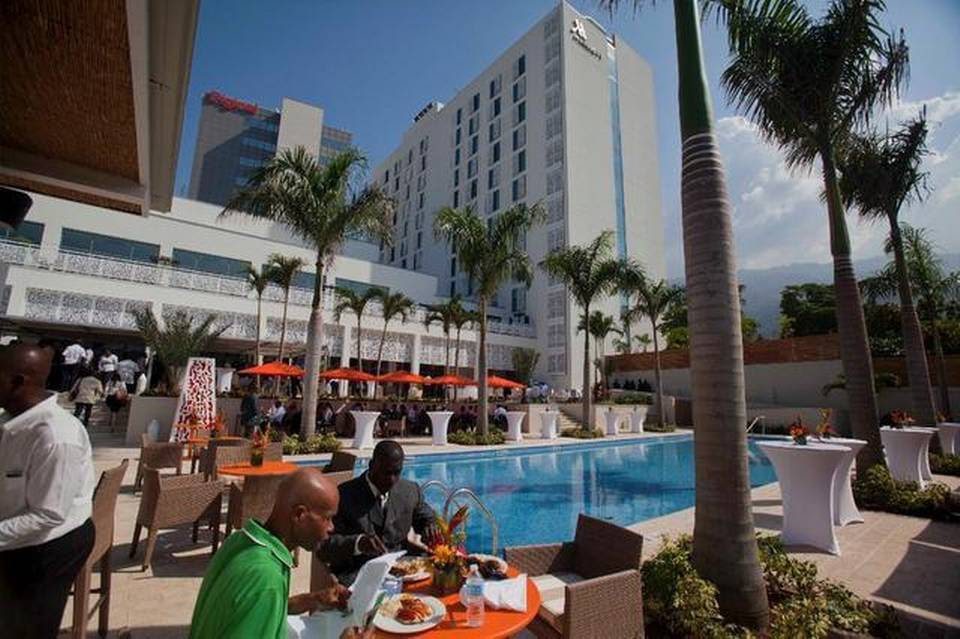 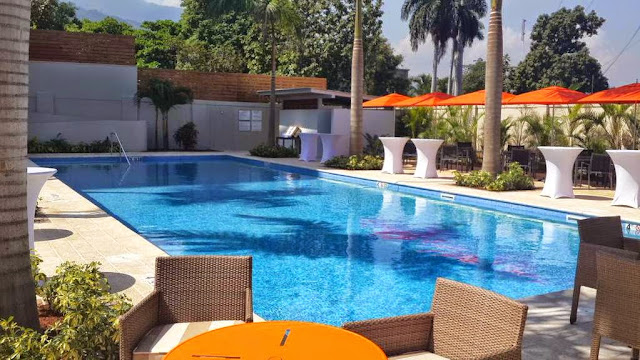 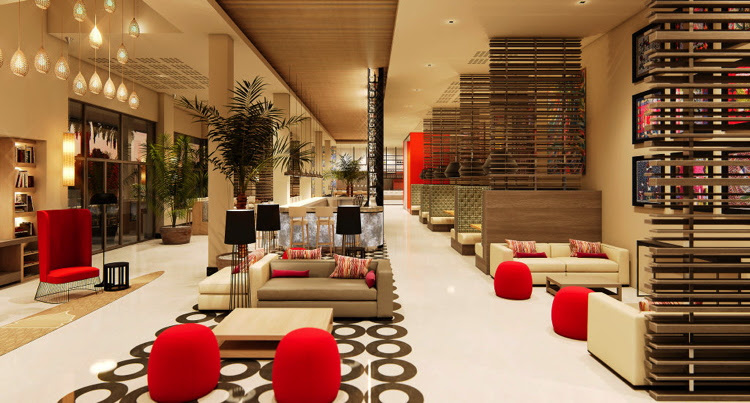 The Marriott Port-au-Prince Hotel was constructed through a partnership with Digicel Chairman and Founder, Denis O’Brien, Former US President, Bill Clinton and Marriott International in an effort to boost tourism through business travel.
(WHILE HURRICANE VICTIMS GO UNAIDED) 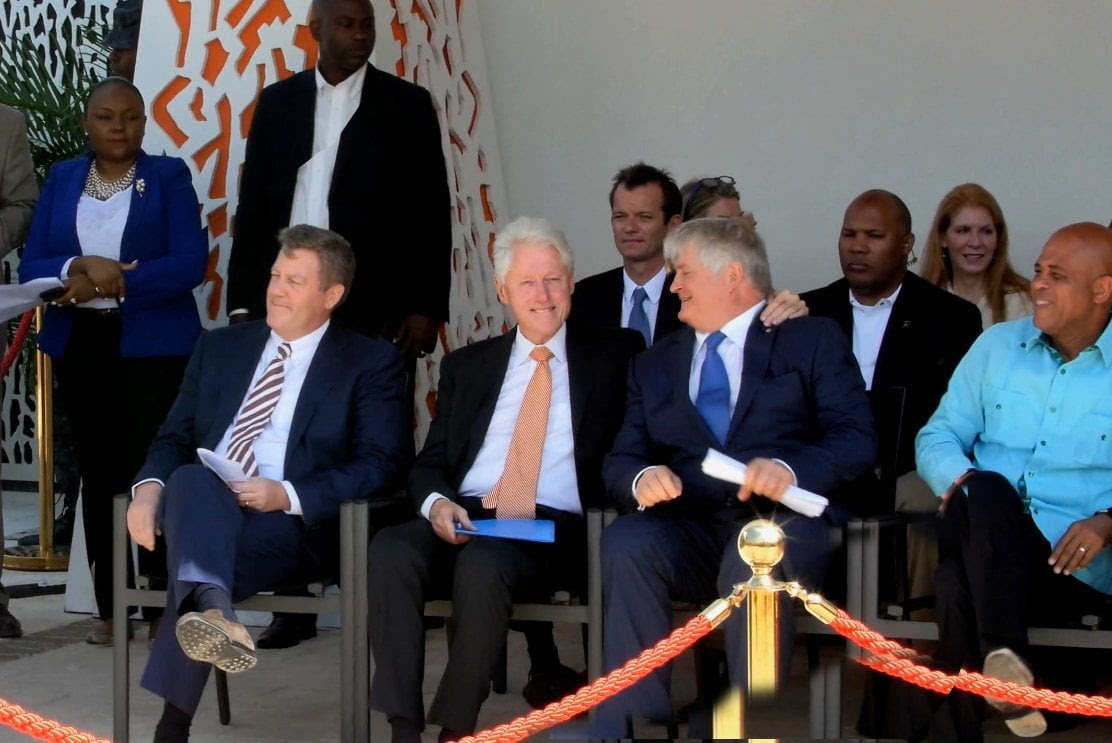 Shocking Footage: Media Caught Covering Up Clinton's Ongoing Looting Of Haiti
Published on Oct 19, 2016
The dying mainstream media is desperately trying to suppress the Haiti disaster story to protect the Clintons and the Clinton Foundation. To donate to a charity that’s helping the Haitians with Gary Heavin, please visit FERHA http://ferha.org/, which is primarily managed and operated by Haitians.


Published on Oct 20, 2016
GARY: The bible tells us that we would call evil good and good evil. The Clinton foundation has stolen $2 billion. We are experiencing a great delusion from the elite thinking they could do anything.
Posted by John at 11:06 AM Links to this post

Hillary Supports Post Birth Abortion
Published on Oct 19, 2016
Donald Trump goes after crooked Hillary Clinton on her stance support the killing of a child up until the day the child is born.

The Clinton Lie Machine Exposed
Published on Oct 20, 2016
Lies, lies, and more lies. Hillary stood poised with an air of smug arrogance. Supposedly emboldened by her thirty years in a variety of undeserving roles in government where she racked up zero beneficial major accomplishments. Donald stood by reserved and battle worn after enduring along with the American people a unification of fraud from the globalists, bought and paid for mainstream media propaganda machine, the tremendous amount of scathing info from the Wikileaks. Another torpedo to the democrats from James O' Keefe, and the FBI's announcement that a four star general will face prison time for charges that are dwarfed by Hillary's email breach of national security. I don't know about you America. But how can we believe a word Hillary says. And why should we?

OMG! Hillary Blurts Out Ultimate Haiti Lie During Debate
Published on Oct 19, 2016
Hillary Clinton had the audacity to say her foundation gave 97% of it's money to Haiti after the earthquake which is a outright lie.

Trump Calls Clinton Foundation Corrupt Organization
Published on Oct 19, 2016
Donald Trump hits Hillary with her crimes against the people of Haiti and how her foundation kept the donations that were meant to rebuild Haiti.

Shocking Footage: Media Caught Covering Up Clinton's Ongoing Looting Of Haiti
Published on Oct 19, 2016
The dying mainstream media is desperately trying to suppress the Haiti disaster story to protect the Clintons and the Clinton Foundation. To donate to a charity that’s helping the Haitians with Gary Heavin, please visit FERHA http://ferha.org/, which is primarily managed and operated by Haitians.

Trump Relies On Intelligence Hillary Relies On Ignorance
Published on Oct 19, 2016
It is more obvious than ever what seperates Trump and Clinton on how they view their voters. Trump made a statement tonight on how he relies on American voters seeing through propaganda, while Wikileaks emails show Democrats rely on voter ignorance.

Hillary's Builds Wall Of Lies Around Herself During Debate

Hillary Clinton Admits Elections Flooded By
"Dark Unaccountable Money"
(Clinton Foundation)
Published on Oct 19, 2016
Hillary Clinton claims that she wants a Supreme Court that will stand up for the American people against special interests.

Hillary Presidency Means Immediate War With Russia
Published on Oct 19, 2016
Hillary Clinton wants nothing more than to go to war with Russia and Vladimir Putin after blaming them for hack they clearly had nothing to do with.

Hillary Clinton Plans To Completely Destroy Our Borders
Published on Oct 19, 2016
Hillary Clinton isn't satisfied with the number of "immigrants" and "refugees" Obama is bringing in and wants to drastically increase that number.

How Hillary Will Pay For Her Socialist Plans:
The American People Will Pay
Published on Oct 19, 2016
Hillary Clinton brags that she will pay for everything on her agenda, Owen Shroyer calls her out because it's the American taxpayer who is really footing the bill.

Trump: Hillary Is A Puppet
Published on Oct 19, 2016
Donald Trump calls out Hillary Clinton for being nothing more than a puppet for special interests and the pure evil George Soros.

Proven: Hillary Clinton Is TPP Puppet
Published on Oct 19, 2016
Wikileaks and Donald Trump once more remind the public that Hillary Clinton called the TPP the 'gold standard' for trade deals.

Posted by John at 8:23 AM Links to this post

AMERICA TRANSITIONS FROM SOCIALISM TO COMMUNISM

BY ALEX NEWMAN
SEE: http://www.thenewamerican.com/usnews/constitution/item/24369-as-media-credibility-dies-obama-announces-war-on-free-press;
Posted by John at 8:23 AM Links to this post