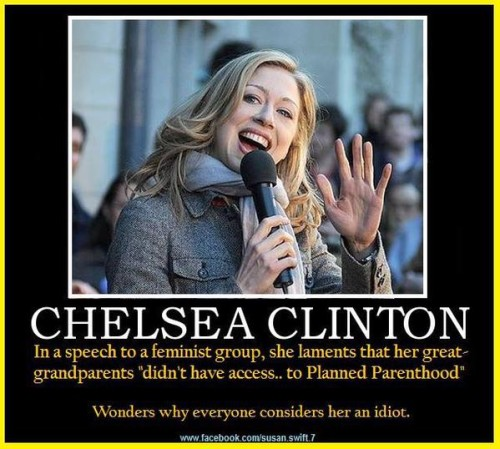 Hillary Clinton paid Planned Parenthood thousands of dollars using campaign funds.
The Democratic front runner’s federal financial disclosures reveal that America’s top abortionist received four separate payments from the Clinton campaign. The payments were filed as reimbursements for “staff time” for volunteering and get out the vote efforts, as Clinton attempted to beat back the insurgent campaign of socialist Sen. Bernie Sanders (I., Vt.) in Iowa.
Clinton and Planned Parenthood did not return requests for comment about the specific nature of the payments.
Planned Parenthood performs more than 300,000 abortions annually and generates 40 percent of its annual revenues through the government. The billion-dollar organization receives about $500 million from taxpayers each year through Medicaid funds and other grants. It received a large funding bonus from foreign policy agencies overseen by Clinton during her tenure as secretary of state, collecting more than$100 million for overseas services to the USAID.
Planned Parenthood has been especially active during this campaign season. In January it made the unprecedented decision to endorse Clinton in the Democratic primary. The campaign began paying the group’s political arm shortly after the donation.It paid nearly $1,000 to the Planned Parenthood Action Fund on Jan. 10 followed by payments of more than $500 on January 16, $1,000 on Jan. 22 and nearly $2,300 on Jan. 23. All told the campaign paid Planned Parenthood more than $4,800 in January.
Even before the official endorsement, Clinton received financial support from the organization, collecting more than $20,000 from executives and employees of the national organization and its regional affiliates—20 times more money than the rest of the presidential field combined.
Clinton supports abortion up to the point of birth and holds a perfect 100 percent rating from NARAL, a leading pro-abortion special interest group. She has come under fire from Republican presidential candidates for holding “extreme” views at odds with voters. Numerous polls have found that more than 60 percent of Americans support legislation that would ban abortion after 20 weeks, while 80 percent oppose third trimester abortions.
“I’ve chosen to err on the side of life,” Florida Republican Sen. Marco Rubio said in a February debate. “On abortion the Democrats are extremists. Why doesn’t the media ask Hillary Clinton why she believes that all abortion should be legal even on the due date of an unborn child? Why don’t they ask Hillary Clinton why she believes that partial-birth abortion which is a gruesome procedure that’s been outlawed in this country? She thinks that’s a fundamental right. They are the extremists when it comes to the issue of abortion and I can’t wait to expose them in a general election.”
Clinton enjoys close personal relationships with Planned Parenthood executives. She was the recipient of the 2009 Margaret Sanger Award, the group’s highest honor. Prominent officials within the group worked for her failed presidential bid in 2008. Her current campaign hired Planned Parenthood President Cecile Richards’ daughter, Lily Adams, to help with its ground game in Iowa and also employs a Planned Parenthood organizer to direct her Asian voter outreach.
Like Clinton, Planned Parenthood is the subject of a federal investigation after undercover videos emerged showing top officials negotiating the sale of aborted baby body parts and line itemizing payments to boost profit—a potential violation of federal law. After days of failing to respond to the videos Clinton called them “disturbing” in July. Ultimately, she came to defend the organization, calling the exposure of baby body sales a “full-on assault on women’s health.”
Planned Parenthood denies that it profited from those sales, saying that it only recouped costs of transporting and storing the body parts. Nevertheless the group announced in October that it would no longer take any money for the transfer of organs, limbs, and other parts recovered from aborted babies. Several states, congressional committees, and federal agencies are investigating those practices.
_______________________________________________________

SEE: http://www.infowars.com/woman-power-hillary-clinton-gave-order-to-murder-waco-babies/; republished below in full unedited for informational, educational, and research purposes:

On Wednesday the Hollywood liberal elite sponsored an event at Radio City Music Hall in New York in support of Hillary Clinton.

Katy Perry, Elton John, Oscar-winners Jamie Foxx and Julianne Moore made on-stage remarks along with Bill Clinton and daughter Chelsea Clinton.
“I’m not voting for (Clinton) because she’s a woman,” Perry said between songs. “I’m voting for her because she’s the right person for the job.”
Clinton was the “right person” to oversee the destruction of Libya, where 100,000 lives were lost, and also Waco, where more than 80 men, women and children were incinerated on April 19, 1993.
“During an interview in early February 2001 the former White House aide Linda Tripp alleged that Hillary Clinton pressured the late Vincent Foster to resolve the Waco standoff. As a result women and children were killed. Appearing on CNN’s ‘Larry King Live’ Tripp suggested that Foster, at Mrs Clinton’s direction, transmitted the order to move on the Branch Davidian’s Waco compound, which culminated in a military style attack on the wooden building,” writes Robert Morrow.
The late Mike McNulty, producer of the Emmy Award winning, Academy Award nominated documentary Waco: Rules of Engagement, and its follow-up films, Waco, A New Revelation, and The FLIR Project, also believed Hillary Clinton gave the order.
“Hillary Clinton’s role in the assault on the Davidian campus and its subsequent cover-up has never been fully disclosed. McNulty says that his information indicates that Mrs. Clinton was not only involved, but in command, directing the FBI’s actions from the White House, and leading the subsequent cover-up,” writes Jeff Knox.
More than anybody else in the Obama administration, Hillary Clinton is responsible for the invasion of Libya and the murder of Moammar Gaddafi. She went on national television and celebrated the murder. “We came, we saw, he died,” she chortled.
This is the woman the Hollywood elite and liberals want to see sitting in the White House—an unabashed homicidal maniac with a ruthless desire for murder and destruction.
Hillary’s “woman power” is not about empowering women. It’s about once again manipulating gullible voters—through gender this time instead race—and drumming up consensus for war and the mass murder required to maintain an empire controlled by the financial elite.
This is what Katy Perry, Elton John, Jamie Foxx, Julianne Moore and the rest are supporting—endless war and a brutal police state at home.

Musicians Elton John and Katy Perry performed during a campaign fundraiser for Hillary Clinton, Wednesday night (March 2) at Radio City Music Hall in New York City. Perry, dressed in a sparkly red, white and blue suit, had previously performed at a Clinton fundraiser in Iowa. The two embraced as Wednesday's fundraiser came to an end. The fundraiser sold tickets for $125 to $2,700 Clinton, 68, took big steps towards securing her party's nomination on Tuesday, the 2016 campaign's biggest day of state-by-state nominating contests. Clinton's wins give her 527 delegates to the Democratic nominating convention, to Sanders' 325, according to a New York Times delegate count early on Wednesday. A Democratic candidate needs 2,383 delegates to win.

Posted by John at 6:09 PM Links to this post

MORE GUTS THAN A HUNDRED "RINOS" 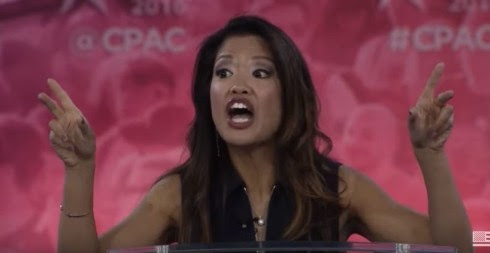 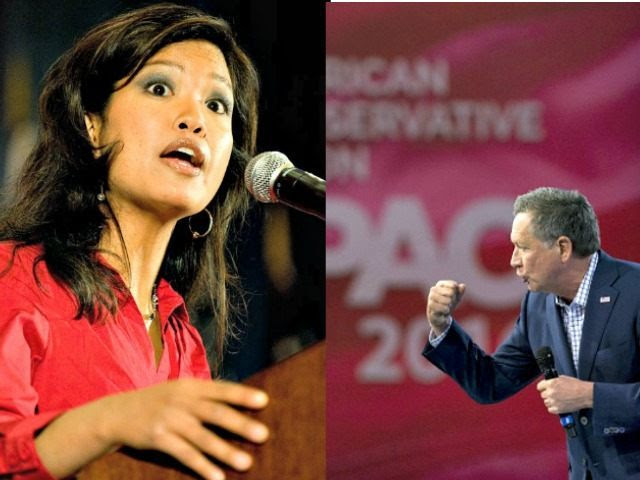 BY KATIE MCHUGH
SEE: http://www.breitbart.com/immigration/2016/03/04/cpac-crowd-booes-michelle-malkin-for-attacking-common-core-and-john-kasich/; republished below in full unedited for informational, educational, and research purposes:

“My job is not to tell people what they want to hear but what they need to hear,” a fired-up Malkin declared. “We just had Governor John Kasich — a nice guy by all means — who last night during the debate pretended he was on the side of local control.
“Ohio grassroots activists and moms know better. This is a man who smeared homeschoolers and teachers!” she roared as many in the crowd jeered at the governor, “For their opposition to Common Core.”
“I am telling you the truth,” she said. “I am asking you to do your homework. I’m asking you to follow the money. I know it’s not what you want to hear. But do you want to hear the same Republicans promise you as they have been since 1981 that they’re going to abolish the Federal Department of Education? It’s an empty talking point. And those talking points need to be punctured like helium balloons.”
Jeb Bush’s campaign collapsed in part thanks to his “cashing in on Common Core,” Malkin added. She went on to say:

People talk about the Establishment without naming names. I do that. You want to talk about the names of the front groups in D.C. that are cashing in and selling out American parents and taxpayers on things like Common Core? It’s the National Governors’ Association for Common Core. They were in the backrooms hiring Clinton-era education ideologues. Radicals who do not believe in the constitutional principle of local control of education and the sovereignty of our families.

Malkin attacked Kasich immediately after he delivered his CPAC address on the main stage.
Last January, Kasich called opposition to Common Core “hysteria.”
“When you study the issue, you separate the hysteria from the reality,” he said at the time. “We have carried it out. We have higher standards. We want our kids to perform better and do better. The standards are determined by our local school boards. There is total local control. I think there has been a hysteria about this that is not well founded.”

Posted by John at 5:49 PM Links to this post