From Mike Gendron's Proclaiming The Gospel, www.proclaimingthegospel.org:
"Yet another Moody Radio show is embracing Roman Catholic teachings. Unfortunately this may be the worst one yet because a Catholic theologian promotes Roman Catholic teachings without any push back from the Moody's host, Melinda Schmidt. The Catholic guest, Pia de Solenni, was interviewed about The New Feminism. She states: "The priest in Catholic theology, stands in the person of Christ." She also said, "for Christians we have one right of initiation for both men and women: that's Baptism, that's how you become a Christian, whether you are male or female." Melinda's response embraced the fatal lie of baptismal regeneration.
(See: http://en.wikipedia.org/wiki/Baptismal_regeneration, and  http://baptismalregenerationheresy.com/)
She said: "Yes, we all come to Christ the same, men and women, it's the same formula (laughter), it's the same rite as you said to come to Christ." You can listen to the program here.
http://podcasts.moodyradio.org/BringToMind/2012-12-11_Bring_to_Mind.mp3
http://podcasts.moodyradio.org/BringToMind/2012-12-11_Bring_to_Mind.mp3?pt=1
http://www.moodyradio.org/brd_ProgramDetail.aspx?id=99397

Melinda Schmidt grew up in Wheaton, Ill., listening to Moody Radios flagship station, WMBI FM. As a kid, she was eager to grab the mic of the familys Wallensak tape machine to record make-believe news broadcasts and imaginary radio shows. Early tapes have her announcing the arrival of the Beagles—otherwise known as "the Beatles"—to America. A career in broadcasting appears to have been inevitable! Melinda is a graduate of Moody Bible Institute and holds a B.S. in Broadcasting-Bible from Calvary Bible College. She has served with Moody Radio since 1980 in various hosting capacities. Married with two young adult children, Melinda lives outside Chicago, loves reading, developing her creative interests and hopes to be a life-long learner.
http://www.youtube.com/watch?v=Otpg6Tz9O-o

Moody Radio's Midday Connection:
Uploaded on Oct 3, 2009 on YouTube:
Midday Connection is a live 54-minute radio program designed to encourage women, with a focus on growing the whole person: body, mind and soul. Hosted by Anita Lustrea and Melinda Schmidt, the program brings listeners relevant content about marriage, parenting, the workplace, finances and issues that affect their spiritual lives. Midday is a community of women growing together.
http://www.youtube.com/watch?v=tBKZISghnHc

"In 2011 Moody Press published Prayers for Today: A Yearlong Journey of Contemplative Prayer. It is based on the writings of Catholic mystics such as Thomas Aquinas, Teresa of Avila, Mother Teresa, and Meister Eckhart, theological modernist Harry Fosdick, and other heretics.
In November 2011, Moody Bible Institute’s Midday Connection radio program featured Adele Ahlberg Calhoun as a guest, and Moody host Anita Lustrea recommends Calhoun in her book What Women Tell Me. “Lustrea tells how she met Calhoun during a course called Growing Your Soul (Calhoun is co-director and founder of the program) and how Calhoun taught her some of the contemplative ‘spiritual disciplines’ p. 125” (“Spiritual Disciplines Handbook,” Lighthouse Trails, July 2, 2012). Calhoun’s Spiritual Disciplines Handbook: Practices That Transform Us is a primer on contemplative mysticism. Calhoun enthusiastically recommends Roman Catholic mystics such as Ignatius Loyola, St. Benedict, Julian of Norwich, John of the Cross, Teresa of Avila, Richard Rohr, Henri Nouwen, Thomas Merton, Thomas Keating, David Steindl-Rast, William Meninger, and M. Basil Pennington. In the Acknowledgement’s page, she says that “their ideas, voices and examples have shaped my own words and experience of the disciplines.” Not only did these mystics hold to a false gospel, which is under the divine curse of Galatians 1, but some of them were panentheists and universalists." 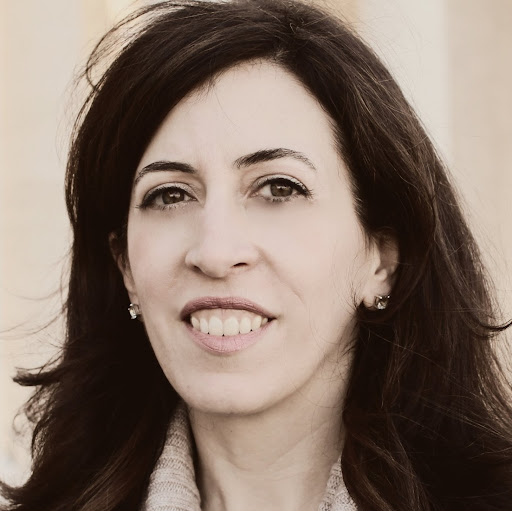 PIA DE SOLENNI, CATHOLIC THEOLOGIAN
SEE: http://en.wikipedia.org/wiki/Pia_de_Solenni
EXCERPT:
Pia de Solenni is a Catholic theologian in the United States. Her work has appeared in The Wall Street Journal, The Washington Post, and National Catholic Reporter; she has appeared on CNN, ABC News, and other television programs.
Solenni is an alumna of the Pontifical University of Saint Thomas Aquinas, Angelicum where she earned a Bachelor of Sacred Theology. On November 8, 2001, she received the 2001 Award of the Pontifical Academies for her doctoral work. The award was presented by John Paul II. Dr. de Solenni worked at the Family Research Council.
Solenni has a doctorate in theology from the Pontifical University of the Holy Cross in Rome.

VIDEOS OF DR. PIA ON YOUTUBE:
The evolution of feminism:
The (Catholic) Church's Teachings on Contraception and Sexuality:

See: http://en.wikipedia.org/wiki/Father_Robert_Barron
EXCERPT:
"The Very Rev. Robert Barron, S.T.D. (born 1959, Chicago) is a priest in the Roman Catholic Archdiocese of Chicago. On May 11, 2012, Fr. Barron was appointed Rector/President of Mundelein Seminary/University of Saint Mary of the Lake by Francis Cardinal George, a role he assumed in July 2012.[1] He is also an author, scholar and Catholic evangelist. In 2000 Fr. Barron launched "Word on Fire Catholic Ministries", a non-profit organization, that supports his evangelistic endeavors. Word on Fire programs, featuring Fr. Barron, have been broadcast regularly on WGN America, EWTN, Relevant Radio and the Word on Fire YouTube Channel. Fr. Barron's Word on Fire website offers daily blogs, articles, commentaries and over ten years of weekly sermon podcasts."

Pope Francis Writes Private Letter to Gay Catholics;
The "Vicar of the Christ" personally responded to a letter from a group of gay Roman Catholics: http://www.advocate.com/politics/religion/2013/10/10/pope-francis-writes-private-letter-gay-catholics

The Advocate's Person of the Year: Pope Francis

ROME, September 3, 2013 (LifeSiteNews.com) – A series of videos sponsored by the Jesuit Roman Catholic religious order, titled “Who are we to judge,” in reference to a comment made earlier this year by Pope Francis about homosexual priests, has come under fire for promoting the idea that there is no conflict between being a faithful Catholic and being an active homosexual.

The video series was produced by the Ignatian News Network, a YouTube channel that is a joint project of the US Jesuits and Loyola Productions in Los Angeles, to feature videos about the work and mission of the American Jesuits.

Citing EU, Italy Orders Journalists to Promote Homosexual Agenda:
See: http://thenewamerican.com/world-news/europe/item/17299-citing-eu-italy-orders-journalists-to-promote-homosexual-agenda
EXCERPTS:
"Outrage is growing after authorities in Italy, citing European-level decrees, brazenly threatened journalists who refuse to promote the homosexual agenda, ordering reporters and the news media to submit to the radical new “gay” mandates or face serious sanctions — and possibly even jail time."
"Incredibly, the official orders go on to turn thousands of years of human civilization and development upside down. “Marriage does not exist in nature, while homosexuality exists in nature,” the document claims, adding that any mention of “tradition, nature and procreation” represents a “sure sign of homophobia.” Any discussion on whether homosexual adoption of children is questionable or different — presumably even presenting scientific arguments and studies showing that children do best with a mother and father — is also forbidden."
Pope Meets With Head of International Islamic Organization:
See: http://christiannews.net/2013/12/16/pope-meets-with-head-of-international-islamic-organization/
Pope meets with Secretary General for the Organization of Islamic Cooperation: