MATTHEW 19:21:
Jesus said to him, "If you want to be
perfect, go, sell what you have and
give to the poor, and you will have
treasure in heaven; and come, follow Me."

CATHOLIC ARCHBISHOPS' LAVISH
MANSION HOMES WORTH $MILLIONS
SEE: http://www.cnn.com/interactive/2014/08/us/american-archbishops-lavish-homes/?hpt=hp_c2;
EXCERPT:
How We Reported This Story
There are 34 active Roman Catholic archbishops in the United States. (Five are also cardinals, which means they vote in papal elections.)
To find where they live, CNN's Daniel Burke and research librarian Lindsey Knight searched public records and confirmed the archbishops' living arrangements with their representatives. CNN dug into state and local government tax records, most of which are available online, to determine the value of the archbishops' residences.
In several instances, no property values were available because the property is owned by religious organizations that are tax-exempt. In two such places, New York and Chicago, CNN hired appraisers to conduct Restricted Appraisal Reports of the cardinals' residences.
The appraisers considered the value of each mansion "as-is." That is, they didn't consider alternative uses of the properties, which could increase their market value.
PHOTOS: 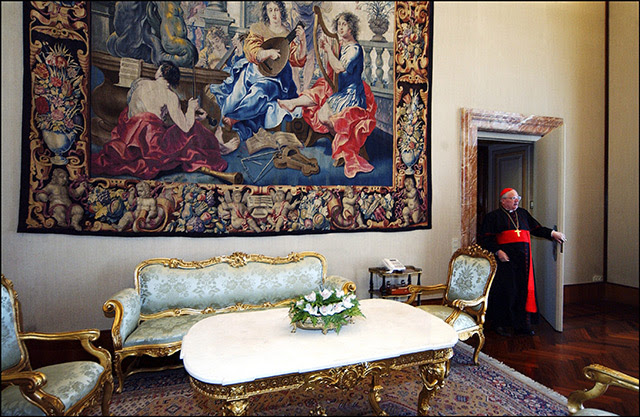 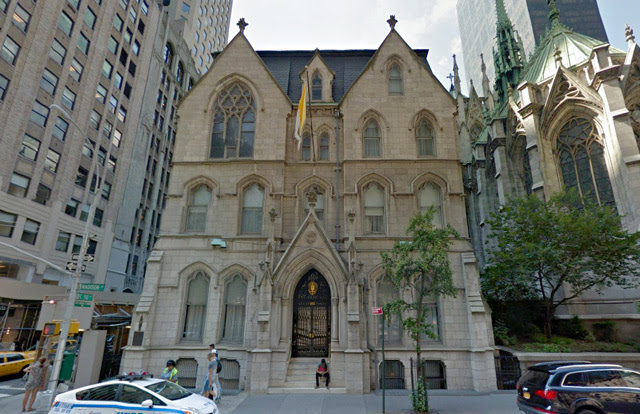 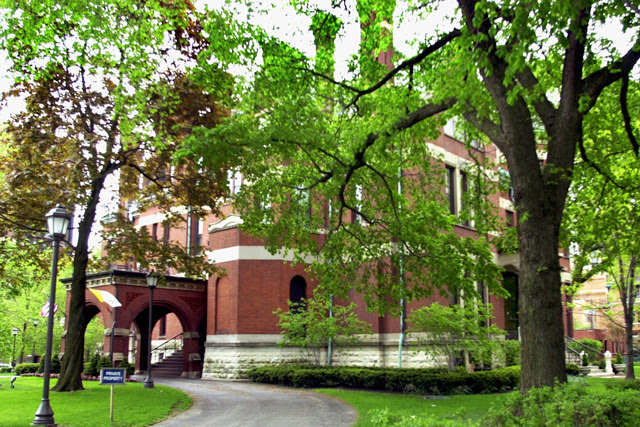 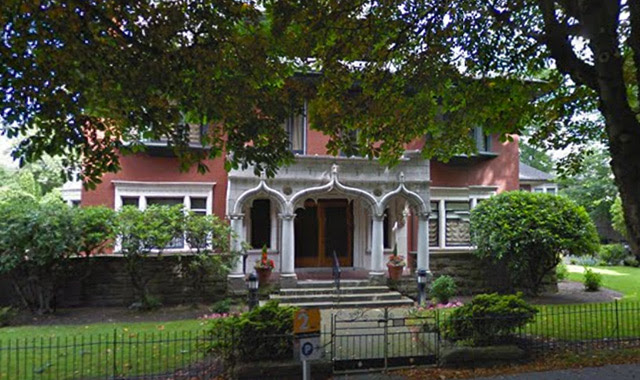 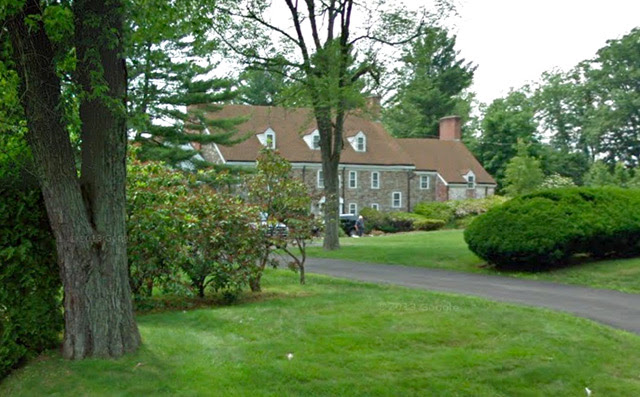 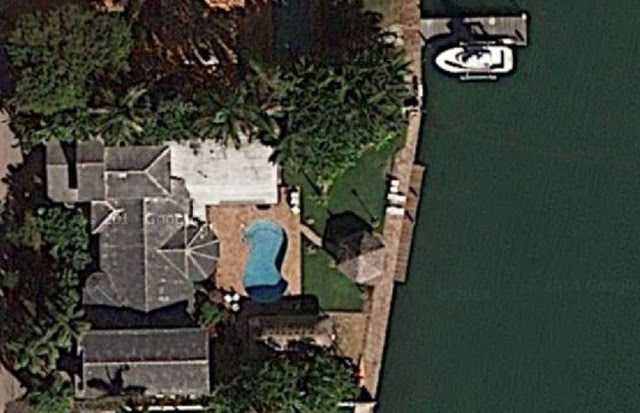 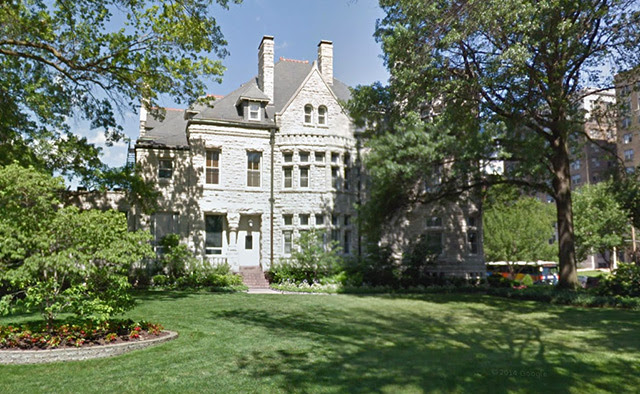 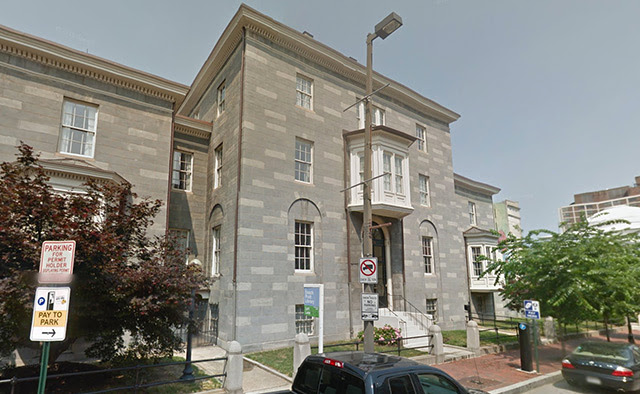 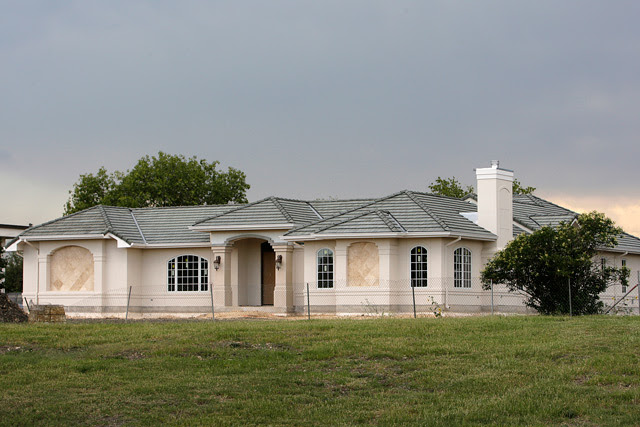 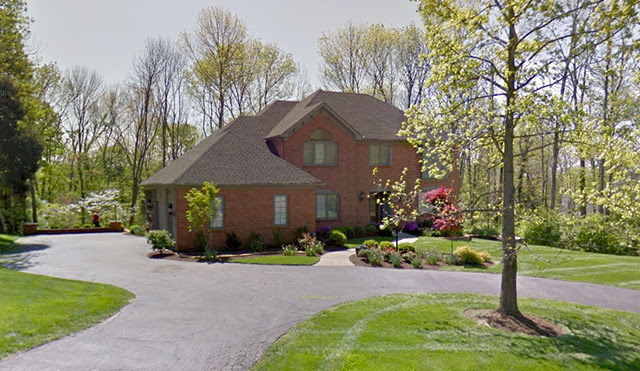 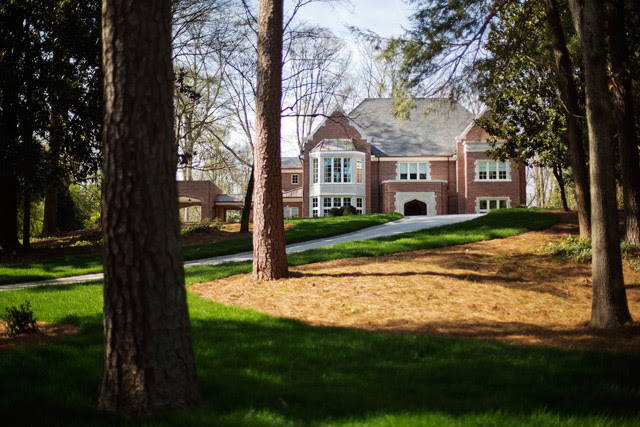 SEE: http://www.thenewamerican.com/world-news/item/19030-globalist-henry-kissinger-outlines-new-world-order;
EXCERPT:
"As awareness grows of the international establishment’s globalist plotting against liberty and national sovereignty, problems on the road toward a “New World Order” are becoming increasingly obvious, and opposition is surging in tandem. It seems that insider bigwigs are getting nervous. Changes in strategy may be forthcoming as a result. Still, as a recent “analysis” by establishment spokesman Henry Kissinger (shown) makes clear, the powerful forces of globalism and totalitarianism have no intention of backing down from their plot to impose their “New World Order” on humanity.
Former Secretary of State and national security adviser Kissinger — a key front man for a powerful movement aiming to impose what he and other globalists refer to as a “New World Order” — recently outlined some of the establishment’s concerns. In a piece published on August 29 in the Wall Street Journal, headlined “Henry Kissinger on the Assembly of a New World Order,” the prominent foreign policy Machiavellian also proposed the acceleration of efforts to impose global governance on humanity."
SEE:

"Henry Kissinger on the Assembly of a New World Order"

BY HENRY KISSINGER IN THE WALL STREET JOURNAL AT:

"Kissinger is a friend, and I relied on his counsel

when I served as secretary of state"

SEE: http://www.infowars.com/hillary-clinton-praises-kissingers-upcoming-book-world-order/;
EXCERPTS:
“His analysis, despite some differences over specific policies, largely fits with the broad strategy behind the Obama administration’s effort over the past six years to build a global architecture of security and cooperation for the 21st century,” she said.
“I was proud to help the president begin reimagining and reinforcing the global order to meet the demands of an increasingly interdependent age,” she said. “Kissinger is a friend, and I relied on his counsel when I served as secretary of state.”

TOP NEW WORLD ORDER QUOTES IN RECENT YEARS
FROM WORLD LEADERS:
ALEX JONES ON THE NEW WORLD ORDER RUN BY THE GLOBALISTS:
Published on Apr 4, 2013
From the globalist mouthpieces themselves we hear the utterance of the phrase that they claim is only to believed by conspiracy theorists. Alex Jones cracks open the mystery and shows proof of the existence of the New World Order. There is a reason that the NWO wants to stay in the shadows, there power is strong when they have no resistance.


Past Bilderberg attendee and war criminal, Henry Kissinger, has been in the news a lot as the Bilderberg Group meeting approaches he stirred fresh controversy with when he told the Sia Society last week that the US & China should collaborate to build a global world order.
[BILDERBERG 2013 WEBSITE] http://www.infowars.com/b/index.php
"The challenge is," Kissinger told the Asia Society last week, "how to build a world order for the first time in history on a global basis. We talk a lot about world community but the fact is there has never been a world community before" and he then suggested China and the U.S. collaborate on such an effort.
http://www.infowars.com/kissinger-u-s...

WikiLeaks has published the 'Kissinger Cables': its largest public release of documents in nearly a year, totaling some 1.7 million classified files, including information on the US's secret diplomatic history.
A variety of files have been collected and collated, including from congressional correspondence, intelligence reports, and cables.
Julian Assange, who heads the organization, told the Press Association that the documents were illustrative of the "vast range and scope" of global US influence. He is to present and mark the release of the documents on Monday in a mass-press conference.
Assange is currently residing at the Ecuadorian Embassy in London, under the threat of arrest if he leaves.
Former US Secretary of State Henry Kissinger is quoted as saying, "Before the Freedom of Information Act, I used to say at meetings, 'The illegal we do immediately; the unconstitutional takes a little longer',"during a 1975 conversation which included a Turkish and Cypriot official.

We Must Transcend The New World Order With Ideas Of Liberty:

LETTER TO OBAMA BY CONGRESSIONAL BLACK CAUCUS REQUESTING NATIONALIZATION OF POLICE
& A POLICE CZAR FOR OVERSIGHT:
QUOTE: "The letter was signed by more than 100 people, including CBC Chairwoman Marcia Fudge, D-Ohio, AFL-CIO president Richard Trumka, and Jim Wallis, the president of  Sojourners, a left-leaning faith-based organization."
SEE:
http://www.washingtonpost.com/wp-srv/ad/public/static/letter/index.html
Republished below in full unedited (except for signers) for informational, educational, and research purposes:

8.25.2014
The Honorable Barack Obama
President
United States of America
1600 Pennsylvania Avenue
Washington, DC 20500
DEAR PRESIDENT OBAMA:
In cities across America, local law enforcement units too often treat low-income neighborhoods populated by African Americans and Latinos as if they are military combat zones instead of communities where people strive to live, learn, work, play and pray in peace and harmony. Youth of color, black boys and men especially, who should be growing up in supportive, affirming environments are instead presumed to be criminals and relentlessly subjected to aggressive police tactics that result in unnecessary fear, arrests, injuries, and deaths.Michael Brown, an unarmed African American teen shot multiple times and killed by a Ferguson, Mo police officer, is only the latest in a long list of black men and boys who have died under eerily similar circumstances. Investigations into the Ferguson shooting are ongoing, and many of the specific facts remain unclear for now. However, the pattern is too obvious to be a coincidence and too frequent to be a mistake. From policing to adjudication and incarceration, it is time for the country to counter the effects of systemic racial bias, which impairs the perceptions, judgment, and behavior of too many of our law enforcement personnel and obstructs the ability of our police departments and criminal justice institutions to protect and serve all communities in a fair and just manner.
In addition, the militarization of police departments across the country is creating conditions that will further erode the trust that should exist between residents and the police who serve them. The proliferation of machine guns, silencers, armored vehicles and aircraft, and camouflage in local law enforcement units does not bode well for police-community relations, the future of our cities, or our country.
And surely neither systemic racial bias nor police department militarization serves the interests of the countless police officers who bravely place their lives at risk every day.
In light of these dangerous trends, we, the undersigned, call on the Administration to pursue the following actions:
Training: Racial bias is real. Whether implicit or explicit, it influences perceptions and behaviors and can be deadly. Law enforcement personnel in every department in the country, under guidelines set by the U.S. Department of Justice (DOJ), should be required to undergo racial bias training as a part of ongoing professional development and training.
Accountability: Police departments should not be solely responsible for investigating themselves. These departments are funded by the public and should be accountable to the public. Enforceable accountability measures must be either established or reexamined for impartiality in circumstances where police shoot unarmed victims. DOJ must set and implement national standards of investigation that are democratic (involving independent review boards broadly representative of the community served), transparent, and enforceable.
Diversity: Police department personnel should be representative of the communities they serve. Police departments must adopt personnel practices that result in the hiring and retention of diverse law enforcement professionals. Using diversity best practices established in other sectors, DOJ must set, implement, and monitor diversity hiring and retention guidelines for local police departments.
Engagement: Too often law enforcement personnel hold stereotypes about black and brown youth and vice versa. Lack of familiarity breeds lack of understanding and increased opportunities for conflict. Police departments must break through stereotypes and bias by identifying regular opportunities for constructive and quality engagement with youth living in the communities they serve. The Administration can authorize support for youth engagement activity under existing youth grants issued by DOJ.
Demilitarization: Deterring crime and protecting communities should not involve military weaponry. Effective policing strategies and community relationships will not be advanced if police departments continue to act as an occupying force in neighborhoods. The Administration must suspend programs that transfer military equipment into the hands of local police departments and create guidelines that regulate and monitor the use of military equipment that has already been distributed.
Examination and Change: It is possible to create police departments that respect, serve and protect all people in the community regardless of age, race, ethnicity, national origin, physical and mental ability, gender, faith, or class. The Administration must quickly establish a national commission to review existing police policies and practices and identify the best policies and practices that can prevent more Fergusons and vastly improve policing in communities across the nation.
Oversight: If somebody isn’t tasked with ensuring the implementation of equitable policing in cities across the country, then no one will do the job. The Administration must appoint a federal Czar, housed in the U.S. Department of Justice, who is specifically tasked with promoting the professionalization of local law enforcement, monitoring egregious law enforcement activities, and adjudicating suspicious actions of local law enforcement agencies that receive federal funding.
_________________________________________________________________

Standards Not Voluntary After All 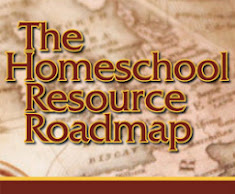 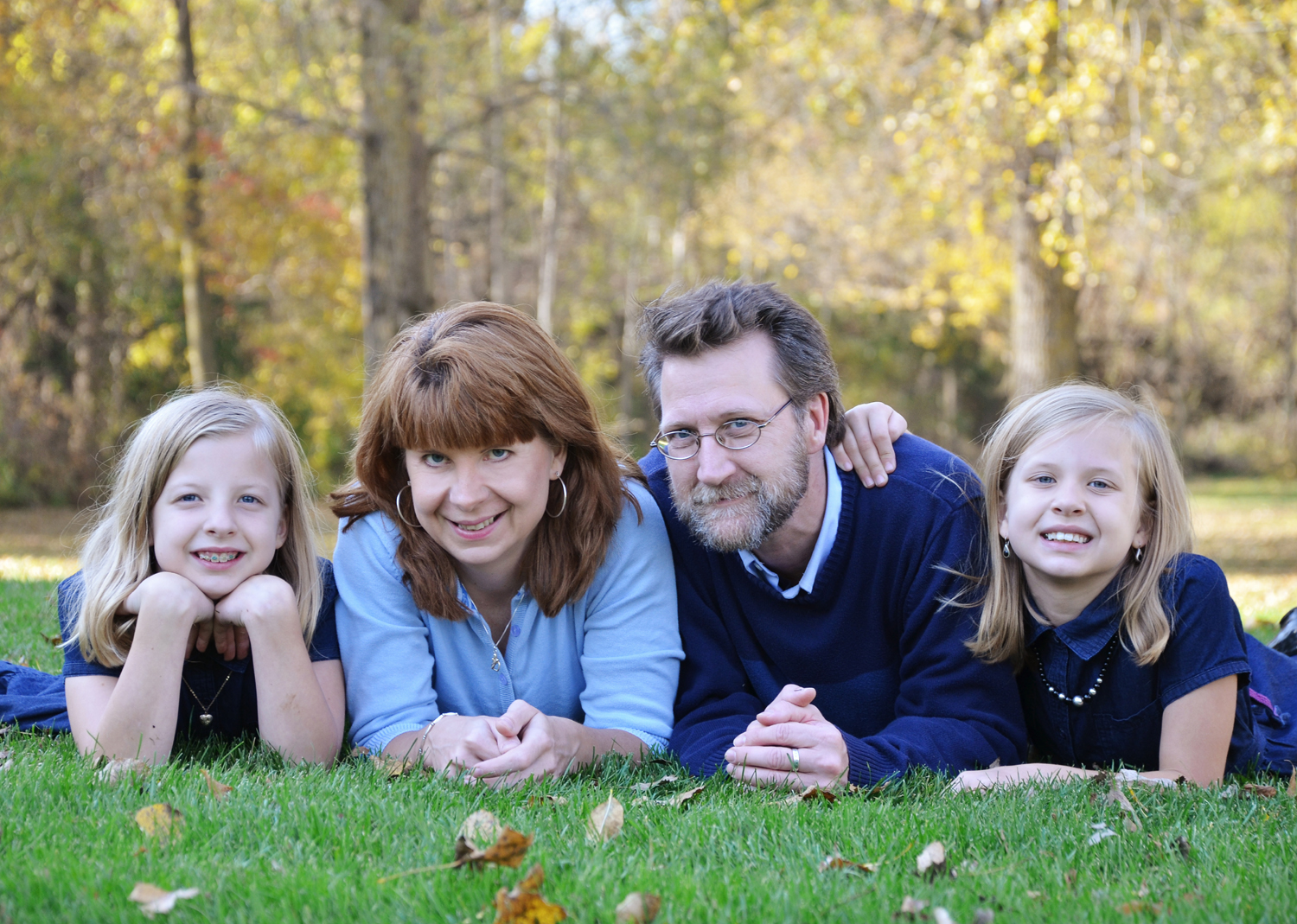 http://tinahollenbeck.blogspot.com/
THE NEW
"HOMESCHOOL RESOURCE ROADMAP"
TO HELP YOU DETERMINE WHICH PUBLISHERS,
TESTS, AND CURRICULUM MATERIALS ARE
ALIGNED, CORRELATED, COINCIDENTAL
OR INDEPENDENT OF COMMON CORE STANDARDS
SEE: http://www.hsroadmap.org/common-core-project/
AND:


A Wisconsin homeschooling parent has developed a curriculum “Roadmap” to help fellow homeschoolers distinguish between those publishers who have chosen to align their instructional products with the Common Core standards and those who have not.

SEE: http://www.breitbart.com/Breitbart-Texas/2014/08/30/New-Opt-Out-Data-Mining-Form-to-Combat-Common-Core/
Posted by John at 10:40 AM Links to this post