RON PAUL: COMMON CORE IS THE LAST STRAW~THE STATE IS NOT GOD, NOR IS OBAMA Posted by John at 2:04 PM Links to this post

South Texas church groups are working around the clock to shuttle what appears to be hundreds of illegal immigrants to housing facilities, benefiting the Obama administration in its deliberate plan to flood America with illegal aliens for political purposes.

Vice President Joe Biden is set to head to Guatemala on Friday to meet with Central American leaders from Guatemala, Honduras and El Salvador concerning the crisis.
According to Reuters, Biden will reiterate the “Obama administration’s efforts to discourage parents in those countries from sending their children on dangerous trips to the United States,” despite Biden himself stating in a speech last week that the US needs a “constant and unrelenting stream” of new immigrants, and President Obama also announcing the nation’s “future rests on [the] success” of so-called “DREAMers.”
________________________________________________________


Illegals Given More Rights Than US Citizens: 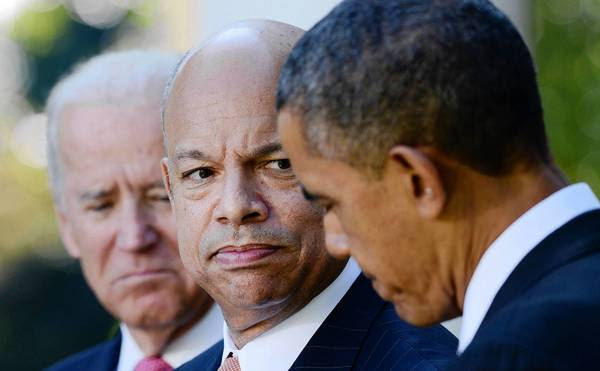 Half of Border Patrol taken off patrol

to deal with illegal minors 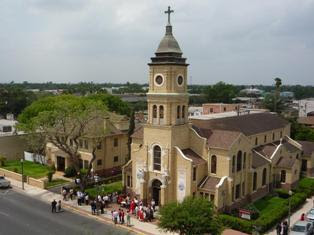 Pope Francis: hospitality should be without borders:


The Key to Pope Francis's Identity:

SEE: http://www.thenewamerican.com/usnews/immigration/item/18490-flood-of-illegal-immigrants-now-includes-gang-members;
EXCERPT:
"Among the thousands of illegal immigrants — many of them unaccompanied minors — pouring across our southern borders are members of notorious gangs, including MS-13.
Arizona Governor Jan Brewer was probably the most prominent individual voicing concerns about gang members being among the illegal aliens. In a June 12 letter sent to House Speaker John Boehner (R-Ohio) and Senate Majority Leader Harry Reid (D-Nev.), Brewer wrote:
Our country is in the midst of a crisis manufactured by President Obama and his administration's refusal to enforce our nation's immigration laws. As a result, thousands of people from Central America — including unaccompanied children — are flooding into the United States and not fleeing from, but surrendering to, United States Border Patrol officials.
Brewer then continued to address a more critical threat:
By the Obama administration's own estimation, 230,000 unaccompanied alien minors are expected to cross through the Rio Grande Sector by the end of next year.... If Border Patrol is overwhelmed, what consideration is being given — and what is being done — to determine if any of these illegal aliens have criminal histories or gang affiliations? For example, we know that MS-13, one of the world's most notorious international gangs, has strong ties to several of the Central American countries from which these aliens are arriving. The administration's refusal to properly verify that violent criminals are not among those entering the United States shows an alarming lack of concern for our homeland’s security. As a nation, we cannot sit back and allow this policy to continue."

‘Why are we letting him in here?’

Posted by John at 8:30 AM Links to this post