IMPEACH OBAMA TO SAVE AMERICA

Impeach Obama to Save America: Think 2014

Published on Nov 23, 2013 on YouTube:
Impeaching President Obama would be an uphill climb in our present political environment. So, that means we all just sit down and shut up? I understand that we are not only battling the communist Democrats, but also the "establishment" Republicans, for the constitutional soul and foundational freedoms of our nation, and I also know that none of these people will make such a move against Obama. But, if we can miraculously overcome Democrat election and voter fraud in the 2014 midterm elections, we could re-take the Senate and hold, or even make gains, in the House.

Posted by John at 7:45 PM Links to this post

From The American Thinker:
http://www.americanthinker.com/blog/2013/11/common_core_third_grade_book_goes_full_dear_leader_on_obama.html
Excerpt:
"On the heels of a controversial children's book about Barack Obama - which stated "white voters would never vote for a black president" and that "Barack's former pastor" said "God would damn the United States for mistreating its black citizens" - comes a new lesson that casts America's 44th president in a messianic light. Literally.And - surprise - it's Common Core-aligned.

"3rd grade lesson plan presents messianic view of Obama – literally"
See:
http://eagnews.org/teachers-3rd-grade-lesson-presents-messianic-view-of-obama-literally/
Excerpt:
"No story about Barack Obama would be complete without mentioning his work as a community organizer. The book describes those days in dramatic fashion:
“The work was grueling, with stretches of failure, and puny patches of success. Door-to-door Barack went, early mornings, late nights, pleading and preaching, coaxing strangers to march together, to make life better for everyone.
“He worked as hard as a farmer, planting the words ‘Yes, we can!’ like seeds in spring.
“Impatient, Barack kept wondering if those seeds would ever sprout. He worried that the hope in him would fade away.”"
_________________________________________________
AUTHOR NIKKI GRIMES: 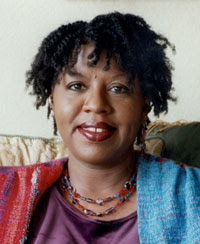 SEE THE FOLLOWING LINKS:
http://nikkigrimes.com/
http://en.wikipedia.org/wiki/Nikki_Grimes
http://christianstandard.com/2008/10/interview-with-nikki-grimes/
http://www.amazon.com/Barack-Obama-Promise-Child-Hope/dp/1442440929; (33 ONE STAR REVIEWS); EXCERPT:
"Ever since Barack Obama was young, Hope has lived inside him. From the beaches of Hawaii to the streets of Chicago, from the jungles of Indonesia to the plains of Kenya, he has held on to Hope. Even as a boy, Barack knew he wasn’t quite like anybody else, but through his journeys he found the ability to listen to Hope and become what he was meant to be: a bridge to bring people together."

Child of Hope by Nikki Grimes:

From Freedom Outpost:
"Common Core Introduces Barack Obama as Messiah in Lesson Plan":
See this more recent article which adds some strong insights:
http://freedomoutpost.com/2013/11/common-core-and-a-messiah-named-barack-obama/#I2I9rYRo7aYPtjrq.99
Excerpts:
If seeing is believing, this is proof that Obama is the new Hitler. An abject failure, he is still being propped up as a mythical savior. This is sickness, and an affront to the one and only true God.
The preposterous evil of "white privilege" must be ingrained in young minds from an early age so they can be controlled and manipulated. Original, individual thought is the evil in Common Core. Everyone must be the same. White people must know that they have the advantage by just being born. It's repulsive, but to elevate Barack Obama to the level of a "Messiah" is blasphemous.
In Common Core Nazi fashion, the obvious step is to create complete lesson plans around the idea that Obama is a savior. Obama, a liar of epic proportions, not seen in an American President past or present, is being made into a golden calf to worship. A counterfeit god to be adored.
However, that is precisely what "Barack Obama: Son of Promise, Child of Hope" seeks to do; paint this vile man as a messianic figure, and force children to believe it.
This is obscene. America's greatest failure is being lauded as more than a man. He's a figure worthy of adoration. This is what children do in Communist Cuba and Venezuela. Hitler was worshiped in Nazi Germany. But in a sick twist, Obama is seen as a "Messiah" by men, mostly in the black community.


Prayer for (and to) Barack Obama from a Child:

Posted by John at 7:28 PM Links to this post