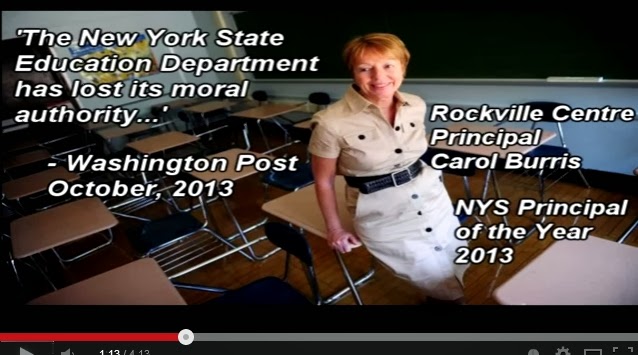 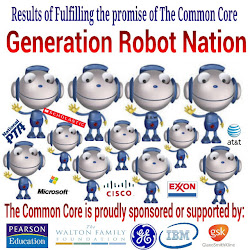 REPRINTED FROM THE WASHINGTON POST'S ARTICLE, below in full, unedited, for informational, educational, and research purposes. Bold type and red lettering are ours for emphasis:
http://www.washingtonpost.com/blogs/answer-sheet/wp/2014/01/11/common-core-chaos-ny-state-website-sends-kids-to-offensive-test-prep//?print=1

The rollout of the Common Core State Standards in New York state has been riddled with problems that just keep on coming. Here are some of the latest, from award-winning Principal Carol Burris of South Side High School in Nassau County, who has been chronicling New York’s standardized test-driven school reform on this blog for some time (here, and here and here and here, for example). She was named New York’s 2013 High School Principal of the Year by the School Administrators Association of New York and the National Association of Secondary School Principals, and in 2010,  tapped as the 2010 New York State Outstanding Educator by the School Administrators Association of New York State. She is a co-author of the New York Principals letter of concern regarding the evaluation of teachers by student test scores. It has been signed by more than 1,535 New York principals and more than 6,500 teachers, parents, professors, administrators and citizens. You can read the letter by clicking here.

By Carol Burris
Parents were horrified last spring when New York State Board of Regents Chancellor Merryl Tisch compared New York’s rush to the Common Core tests to diving into the deep end of a pool.  “We can’t wait… We have to just jump into the deep end,” she told The New York Times in April 2013.  “We” was a curious choice of pronoun.  After all, kids and teachers, not Ms. Tisch, were being forced to sink or swim.
This school year was supposed to be better. The commissioner would roll out all of the Common Core curriculum modules and post support materials for students and parents on  Engage NY, a website created and maintained by the New York State Department of Education (NYSED). Tisch bragged that New York State is the only state using its federal Race to the Top dollars (more than $28 million) to develop curriculum aligned with the Core. When parents and teachers complained about the content of the curriculum modules, state education  Commissioner John King dismissed their concerns, saying that he has “tremendous confidence in the materials.” He often describes the interest in New York’s reforms by the number of “hits” on Engage NY pages.
Although I have not read all of the thousands of posted pages, I have read enough to conclude that inexperience, haste, and a lack of quality control are wasting both tax dollars and precious instructional time. And sometimes “hits” on the pages prove to be embarrassing. Here are a few examples.

Student resources that are linked to vulgar and offensive Materials
Anna Shah is the mother of a kindergarten student. While looking on the Engage NY site for materials on the Common Core, she encountered highly offensive materials on the Student Services Page. The NYSED link called “Make test prep fun,” took the student to a site with quizzes to determine if they are a  “sexy bitch”, “evil”, “freak” etc. The site also included racist and homophobic slurs. Some quizzes were supposed to determine if “you were a true Mexican,” a “slut,” or gay.  Ms. Shah immediately notified the department and they took the site down.  Apparently the link had been up since October 2012. Prior to its removal, I took screen shots of some of the pages, which you can see here.  Please be warned, it contains offensive language.

Problems with the Common Core Algebra Modules
Algebra Module 1, Lesson 2 is based on a You Tube video of the Official Professor Splash World Record. Students watch the “professor” jump into a baby pool filled with 12 inches of water from 36 feet in the air.  After viewing the elegant belly flop at what appears to be a carnival, students create a “graphing story.”
You can view this video here. and find the lesson in the module posted here.
Alongside the YouTube video of Professor Splash, I found the video of The World Record Kick to the Groin and Here We Go Again Red Bull Snow Cranks.
Our middle school principal, Shelagh McGinn, was furious when she saw the video.  When 14 year olds see stunt videos, they often try to copy them.  In their attempt to provide a “real life” example, SED’s posting of this video reflects a serious lack of judgment.
The problems with Common Core Algebra, however, go well beyond this video. I asked three of my most experienced teachers to analyze the topics of the course. They were startled to find advanced algebra, pre-calculus and calculus topics in this course designed for 8th and 9th graders.  Our calculus teacher, Jeff Rubenfeld, had no idea why a beginning algebra course would include topics such as piecewise functions, which are taught in calculus.  According to Jeff, the best preparation for advanced mathematics is a sound foundation in algebra, not the introduction of complex topics beyond what should be the scope of the course.

Problems with K-6 Math Modules
I have blogged about concerns with Common Core math in the early elementary grades.  See here, here, and here.  Teachers have also expressed concerns about excessive emphasis on doing “mental math,” including multi-digit division estimation and alternatives to “standard” algorithms. For example, 49* 11 is taught and practiced as: 50 elevens – 1 eleven.  Although teachers should teach students to explore alternative problem solving procedures, these alternative procedures are scripted and drilled in the modules.
Such procedures are difficult for students with learning disabilities, or any student with difficulty with working memory and retention. Parents of even strong math students are reporting frustration when their children must practice overly complicated ways to solve simple problems.
Despite King’s assertion that he does not want teachers to teach from scripts, the math modules are heavily scripted. (See an example here.)  The modules tell teachers what to do, write, and say.  The scripts even anticipate what students will say.  It is the “teacher proof” approach to curriculum that has never been successful. Teachers also complain of missing materials and errors, such as this computation error: 600 /10 = 6, which you can find here.

Reduction of Literature in English Language Arts
Upon reading the modules it becomes clear that literature, particularly fiction, is being devalued.  In the fifth-grade English Language Arts curriculum, there are 11 days devoted to closely reading the United Nations Universal Declaration of Human Rights. During the entire year, there are only two works of fiction: Esperanza Rising and Dark Water Rising.  There is instead a volume of informational texts that include From Kosovo to the United States, Sloth Researcher Bryson Voirin, Investigating the Scientific Method with Max Axiom, A Live Interview with Eve Nilson, and The Most Beautiful Roof in the World. These are samples; there are more.
Romeo and Juliet, which has been a mainstay of ninth-grade curriculum in most high schools, is reduced to an excerpt in the modules, while an article about Bernie Madoff is included.
I understand the importance of reading for information and infusing reading across the curriculum.  I worry, however, that literature is being squeezed out by too much informational text in English Language Arts classes. Students need literature. In great novels, they encounter both flawed and heroic characters that help them grow in knowledge of self. They learn about the complexity of human relationships and the rhythm and nuance of beautiful writing. Reading short, informational texts may prepare students for reading tests, but reading full length works prepares students for college.
I don’t think the State Education Department meant to send kids to inappropriate quizzes, nor that they believe that 600 divided by 10 equals 6.  I doubt that Commissioner King has ever watched the video of Professor Splash. But such errors in content and judgment happen when reform is rushed and implemented by a small, inexperienced group. It is as though the Regents and Commissioner believe that if they take one moment to pause, reflect and modify their course, the entire reform will crumble.
What they do not accept is that it already has.
______________________________________________________
OFFENSIVE PICTURES OF "TEST PREP" MATERIAL FOR YOUNG CHILDREN: 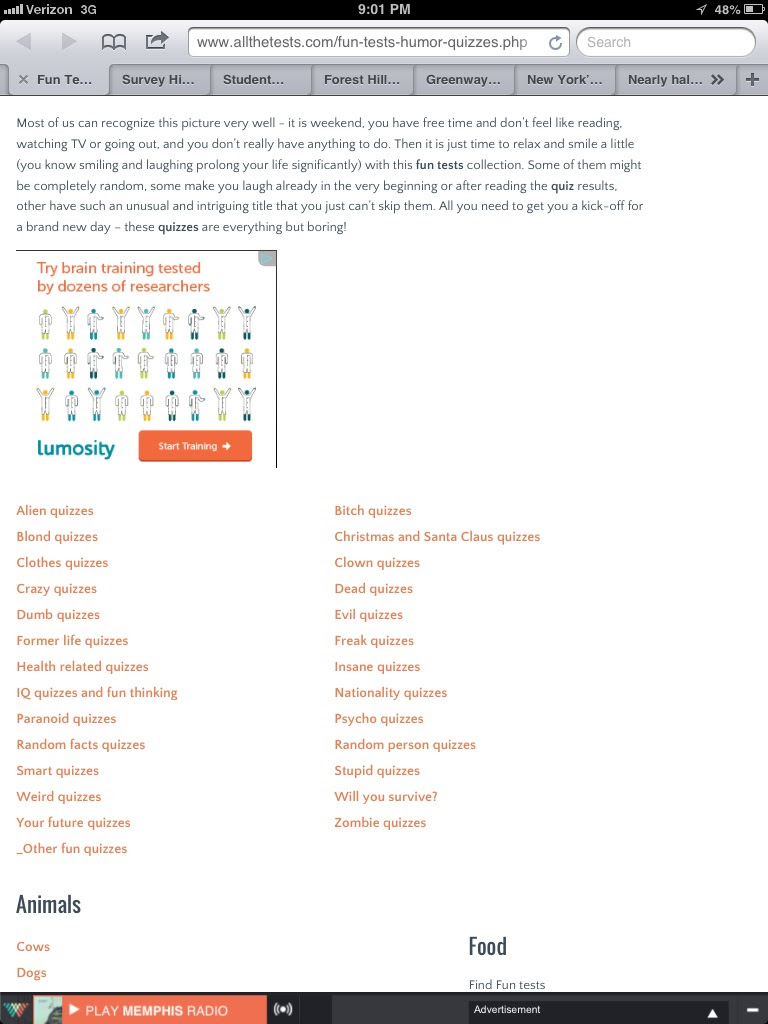 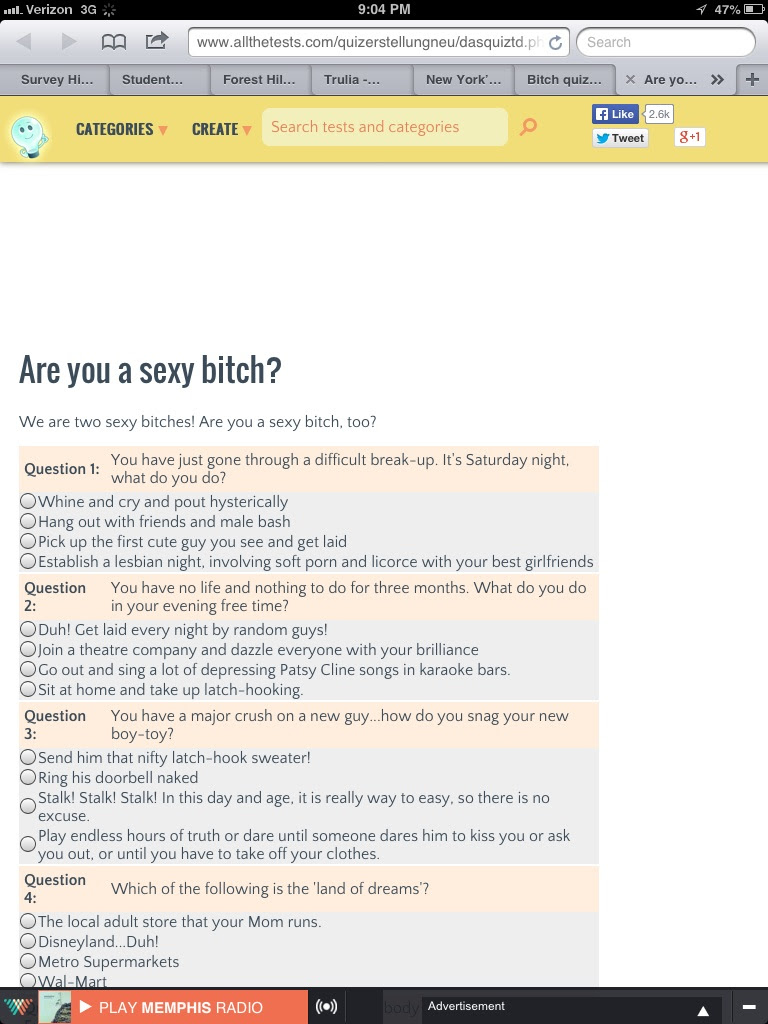 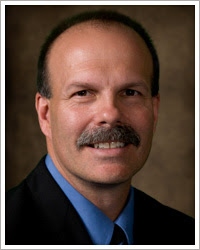 American evangelist Tony Miano was arrested in Dundee, Scotland when a passing woman reported to police that she was offended when she heard Miano say that Jesus Christ saves us from all kinds of sexual sins.


“The female officer saw we had a camera and lunged for it and then the male policeman grabbed it and threw it in the police van, After Tony was put in the police van I asked why he was being arrested and was told it was for a breach of the peace and for using homophobic language.”
-- Pastor Josh Williamson, Craigie Reformed Baptist Church in Perth, Scotland